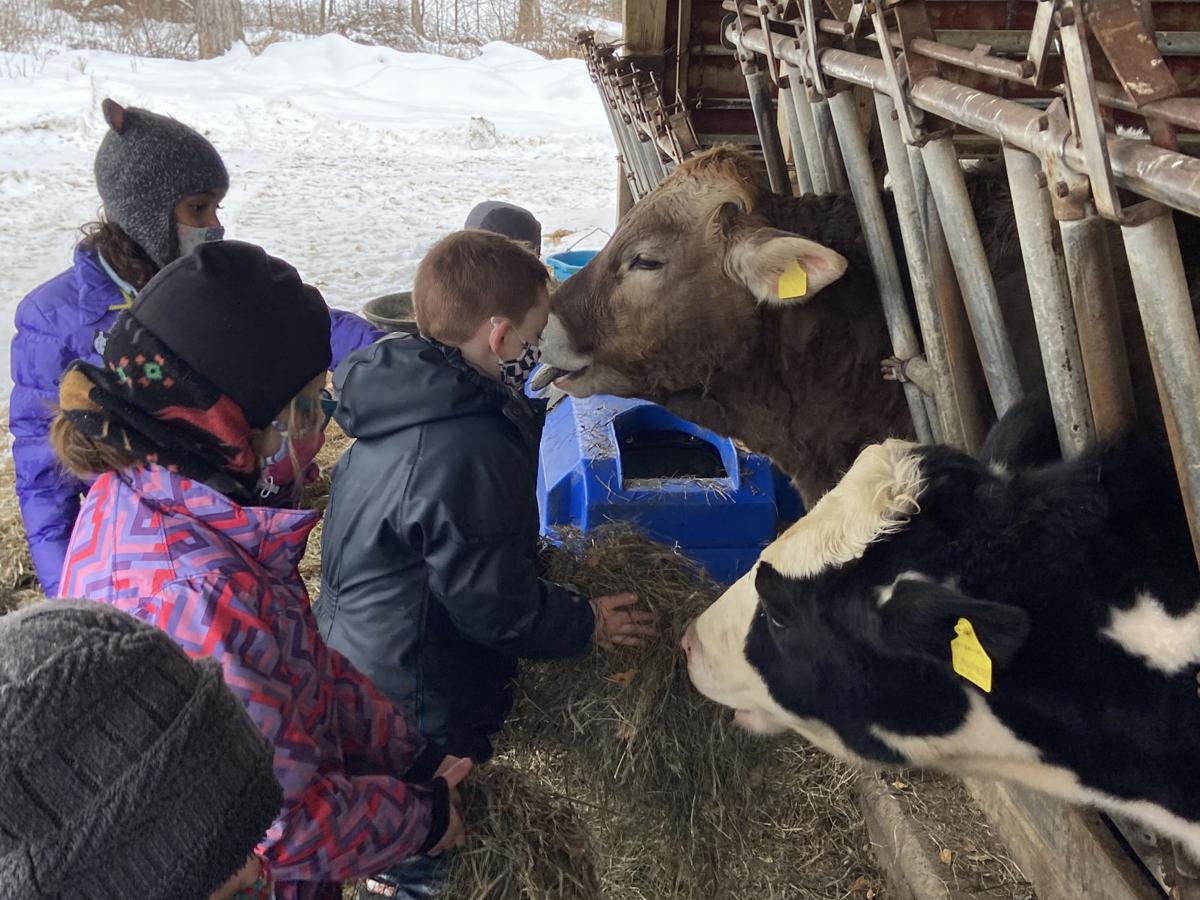 Children get up close and personal with some of the cows at Keene’s Stonewall Farm. 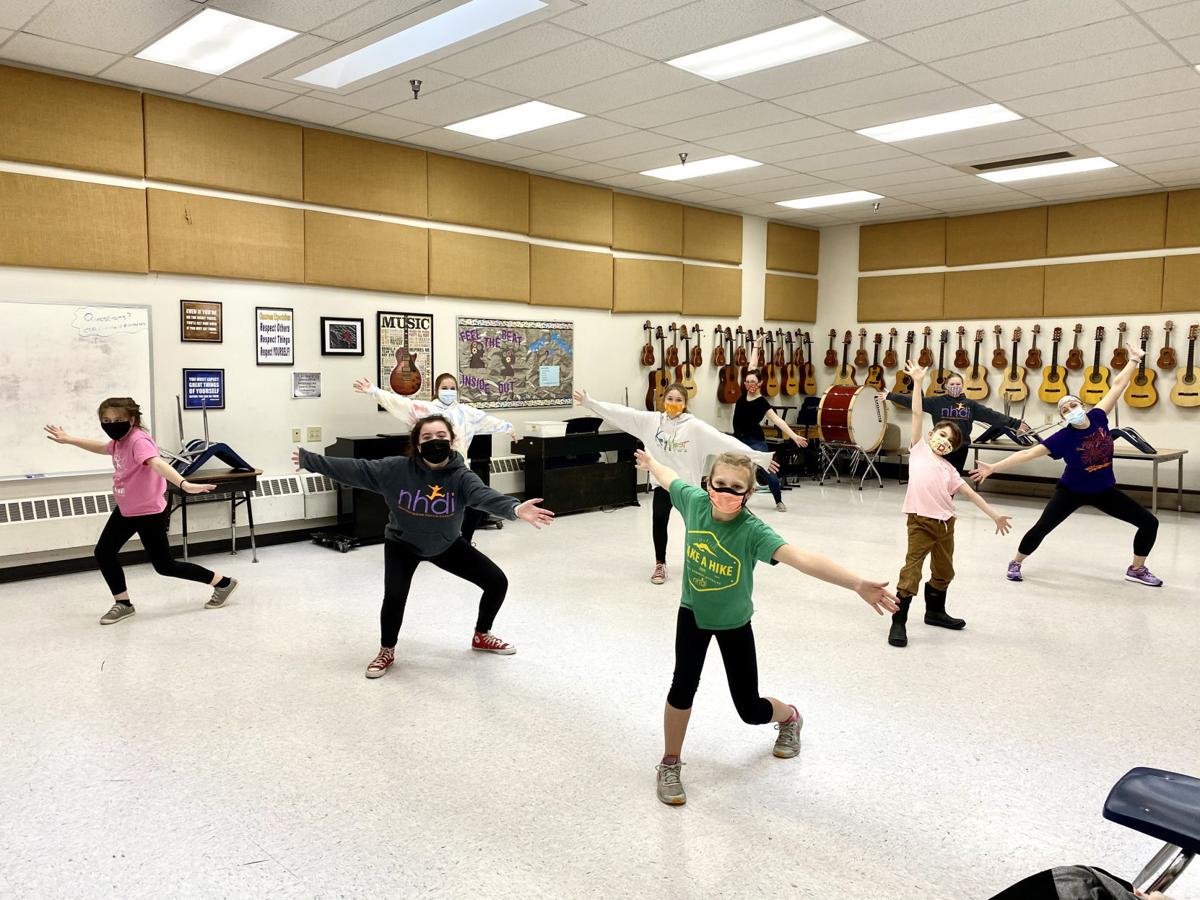 Talented) team classes get kids moving, as seen Feb. 6 at

Children get up close and personal with some of the cows at Keene’s Stonewall Farm.

Talented) team classes get kids moving, as seen Feb. 6 at

For the first few weeks of the COVID-19 pandemic, Julie Davenson was forced to run the nonprofit she leads alone.

She had to lay off staff members at Stonewall Farm in Keene, but customers kept coming for locally produced dairy, meat and produce.

“When everything closed last spring, our sales tripled,” said Davenson, the farm’s executive director. “I actually worked at the store by myself all week long, and it was just a constant stream of people all day.”

To make things more manageable until she could hire staff back, she spent her nights at home creating an online store for people to order their organic foods.

Davenson wasn’t the only one getting creative.

For almost a year now, nonprofit leaders in the Monadnock Region have gone into overdrive to find ways to keep helping the community despite the challenges of the pandemic, with many seeing an increased need for their services.

A local dance school held classes outdoors. An organization that supports families with young children hired more staff to space out its kids. The Keene Family YMCA offered group exercise online to give people a way to stay active without risk of spreading the virus.

While the store at Stonewall Farm continues to boom, the organization is struggling in other areas.

Its private and public events, which make up about 30 percent of the farm’s annual revenue, have been canceled because of the risks of gathering in large crowds.

“It’s significant for us,” Davenson said.

The farm also usually works with area school districts to educate students about local farms through field trips to see the animals, crops and store.

But with many schools implementing remote learning, Davenson said the farm pivoted its educational mission. Monday through Friday, Stonewall Farm now serves as a child care center for students whose parents work or who don’t have Internet access to complete their school assignments.

“They’ll have one of our educators help with that work, and then the rest of the day we have supplemental nature-based curriculum, from art to science to health and nutrition,” she said. “We of course use our extensive field and farm as a campus for all of that education, so they are here all day long.”

Now that schools are starting to return to in-person learning, she said, the program isn’t as crowded, but early on it was at capacity.

Similarly, the N.H. Dance Institute had to stop its in-school programming, according to Executive Director Sally Malay.

“We actually shifted gears and said, ‘What can we do?’ instead of ‘What can’t we do?’ ” she said.

The Keene-based nonprofit, which operates youth dance programs in the city and surrounding towns, quickly realized that online learning wasn’t the best way to keep the kids engaged.

With the help of donors who agreed to have their contributions repurposed, NHDI offered the classes for free to children who had signed up for the programs in their schools.

NHDI has been working with Keene State College’s Redfern Arts Center to let the kids perform an original, in-person show, created by the dance school’s artistic director, Kristen Leach. The show, which will incorporate a variety of safety precautions, is slated for June 12.

But with only 100 children enrolled in the program (one third of NHDI’s capacity), Malay said the nonprofit is hurting, having lost more than half its annual income.

“We are losing a lot of revenue in fees and ticket sales, so we are looking for other ways to supplement that, but again, it goes back to what can we do and being creative to solve the problem,” she said. “In a way, I think [the kids] are seeing us have this ‘can do’ attitude, and it’s a great opportunity for us to use our program to mentor.”

Rise for Baby and Family — which provides therapeutic services and child care to Monadnock Region families with infants and toddlers who have or are at risk for developmental disabilities — also had to shift away from how it typically operates.

Executive Director Alicia Deaver said the Keene organization was designated as an emergency care center, allowing it to keep providing services to its kids throughout the pandemic.

And while the program is at capacity (the agency is licensed for 40 children, who have been grouped into separate classrooms to allow for social distancing) and has an “extensive” wait list, Deaver said that’s the norm.

But in needing to separate the kids, she said, Rise has to have extra employees on site to ensure it has enough coverage. The cost of this, as well as that of extra cleaning supplies, has hit Rise hard financially.

This is on top of the worry that, as the pandemic continues taking its toll on children, more families will need assistance.

“I can only imagine that with ... the impacts of isolation on young children and the mask wearing, as well as just the general natural referrals we get, we are going to see [an] increase,” she said.

To prepare for this, Deaver said one of the nonprofit’s main goals is retaining its staff, most of whom are working remotely or taking on a lighter load.

“We’ve had some staff who’ve had to reduce time because of their family situations,” she said, “... but the short-term losses are worth it for the long-term need.”

The Keene Family YMCA has had to scale back on the services it offers, according to Executive Director Dan Smith.

This includes its climbing wall, sauna, steam room and hot tub. Additionally, basketball is available only for people of the same household.

The facility, which now offers both online and in-person workouts, has also implemented a reservation system to limit the number of people inside, as well as designating several entries throughout the building. Cleaning has been increased, Smith added, and the Y has nearly doubled its custodial staff.

“We’ve also tried to respond to the need for the benefit of the community,” he said. “I always say, ‘Our community built our Y,’ and so when our community is in hardship, we need to be there for them.”

The Y has continued to offer child care, though Smith said at times it didn’t pay for itself. Membership is also down about 45 percent, he said.

“While those revenue streams have dropped and that obviously affects our income very significantly, we have been able to tap into the stimulus money that’s out there,” Smith said. “We’ve also had robust responses from donors.”

All those interviewed said they are grateful for the community’s support throughout these trying times.

But Davenson, of Stonewall Farm, said her biggest hope is that people remember to help their nonprofits once the pandemic’s over.

“I fear that people’s memories are short,” she said, “so if you want your local farm to be there … you need to support your farm year-round, not just when there is a pandemic.”