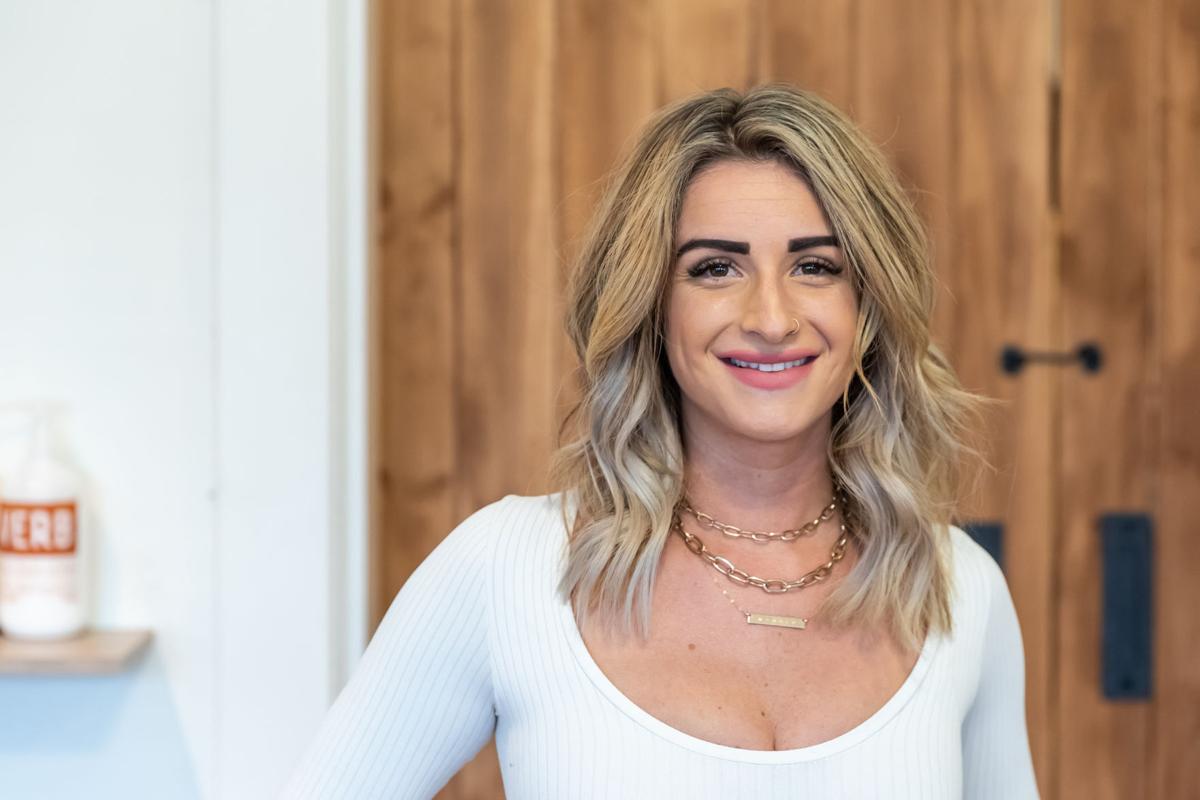 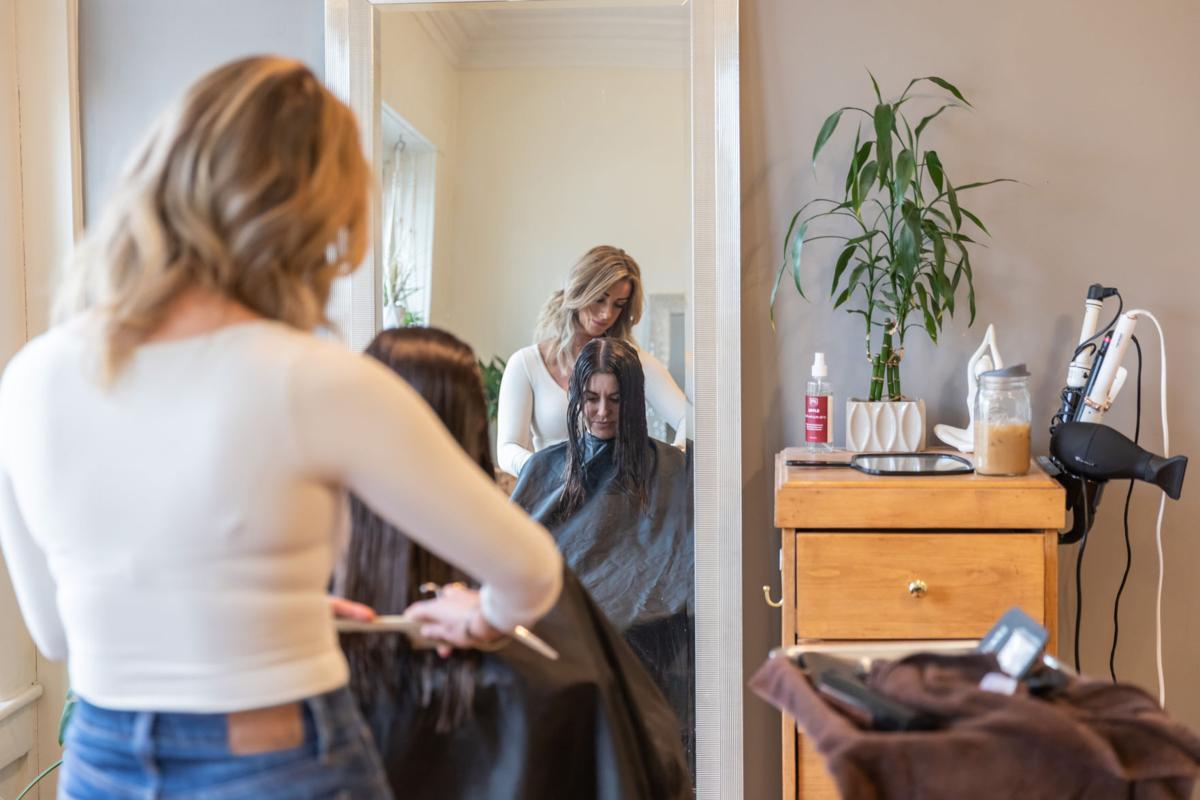 Casey Langstraat, shown here with client Amy Neal of Chesterfield at Loft Forty-Seven Salon in Keene Thursday, spent Saturdays when she was growing up at her aunt Linda Tewksbery's salon, Haircuts Etc., in Troy. 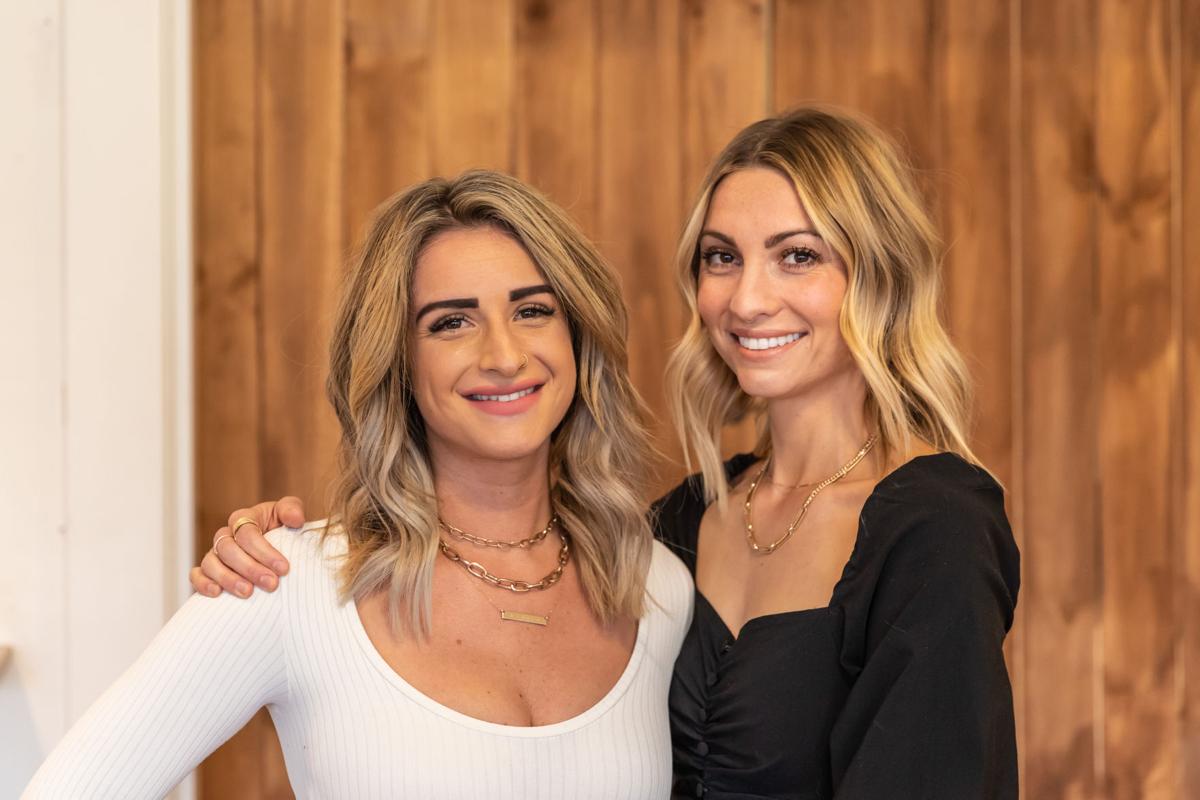 Casey Langstraat, shown here with client Amy Neal of Chesterfield at Loft Forty-Seven Salon in Keene Thursday, spent Saturdays when she was growing up at her aunt Linda Tewksbery's salon, Haircuts Etc., in Troy.

Hair salons have always felt like home for Casey Langstraat.

Growing up, the Keene native spent her Saturdays at her aunt Linda Tewksbery’s salon — Haircuts Etc. in Troy, which has since closed — where Langstraat’s mother, Jan, also worked as a hairstylist.

Her first job was as a receptionist there, and it wasn’t long before she wanted to pick up a pair of scissors herself.

“I was just always comfortable with it,” said Langstraat, 30.

After graduating early from Keene High School — where she completed a cosmetology course through the Cheshire Career Center — Langstraat attended Keene Beauty Academy, learning techniques in esthetics, hair and makeup.

She spent three years at Salon Jacque in Brattleboro, but then decided she needed a change.

At 21, she took a trip to California, where she was born and where her family had vacationed several times.

“I got out of a relationship in Keene, and all of my friends were getting married and having babies, and I did not want to do any of those things at 21,” she said, “so I decided to go on vacation there, and then I just really loved it, so I came back and gave myself a timeline to save money and just moved out.”

She spent six years in California, and lived in Santa Barbara for all but one, working at different salons and also booking weddings and other special events.

But while there, Langstraat said she experienced several natural disasters — wildfires and mudslides — putting a strain on her career.

“I was out of work for a while, and a lot of clients lost their homes and lost everything, so it really wasn’t a time where people were getting their hair done,” she said.

Langstraat and one of her friends decided to move down to Los Angeles to find more opportunities, and hopefully pick up some new techniques along the way.

But L.A. living didn’t pan out either.

In addition to Langstraat not loving city life, she said her work became much more competitive there because everyone comes to the City of Angels to be “the best of the best.”

And on top of that, Langstraat had to develop her client list all over again — a process that typically takes a few years.

“I was just discouraged,” she said. “It was kind of like, ‘OK, if I spend five more years here, am I really going to be happy that I spent all this time in this place that I really don’t love to be in?’ ”

Langstraat decided she’d come back home for a bit to save money about two years ago, with a new goal of moving to Europe.

But six weeks later, she met her boyfriend, Patrick Yardley, and decided to stay. The couple now lives together, along with Yardley’s three sons, Liam, 17, Dylan, 14, and Griffin, 12.

“And Keene is much more affordable, so I was able to travel more,” she explained, noting she spent a few weeks in Nicaragua and a month in Bali.

Once she moved back to Keene, she rented a booth at her friend’s salon, Vicky Smith Artistry on Main Street. However, its owner downsized the salon during the pandemic, so Langstraat once again had to regroup.

“I had no intentions of opening up my own salon ... but I had to make the decision to either find another salon or open my own,” she said.

In September, she opened the doors to Loft Forty-Seven Salon, named after its 47 Main St. address.

And despite opening amid a public health emergency, Langstraat can’t even say how many clients she has.

“A lot,” she said. “I’m honestly getting multiple new calls a week ... I’ve never been this busy ever in my whole life.”

“I’m definitely a blond specialist,” Langstraat said. “... I think it’s what we specialize in at my salon, and really putting the health of the hair and the integrity of the hair at the forefront is what is important to us.”

Before taking on a new client, she said she always starts with a thorough consultation, allowing the person to explain what they are looking for and what has already been done to their hair.

“I have people come in with photos so that we can really have a good dialogue because what might look gold to me may look neutral to you,” she said.

Aside from making sure the client is satisfied, Langstraat said one of the most challenging parts of her job is having people understand the costs of the services.

A full balayage — a popular technique for highlighting hair in which the dye is painted on to create a natural-looking effect — starts at $185, for example. The price changes based on previous hair treatment and how long the service takes to complete.

“I think that my pricing is a reflection of my talent, and the additional hours and money I’ve spent in my continued education over the years,” she said.

“Everyone wants to go to the hair dresser and have platinum blond hair for $100 in two hours ... so it can be challenging to be the person behind the chair,” she added.

When she isn’t working six days a week at the salon, Langstraat said she still travels, with trips planned quarterly.

To make that cheaper — and safe as the pandemic continues — she renovated an ’80s camper van last year that she bought off Facebook Marketplace. With the help of her uncle, Steve Latham, she turned the van into a tiny house, allowing her to keep up with her tradition of regular vacations.

“I figured it would allow me some more wiggle room to go on trips, even if it’s just to Maine or the coast,” she said. Because “if you take lodging out of it, it becomes a lot more cost effective.”

But even when she isn’t traveling, Langstraat said her work is another means of escape.

“It’s funny because I think that my job is really fun,” she said. “I don’t really feel like I’m working when I’m at work.”

At a glance: Casey Langstraat