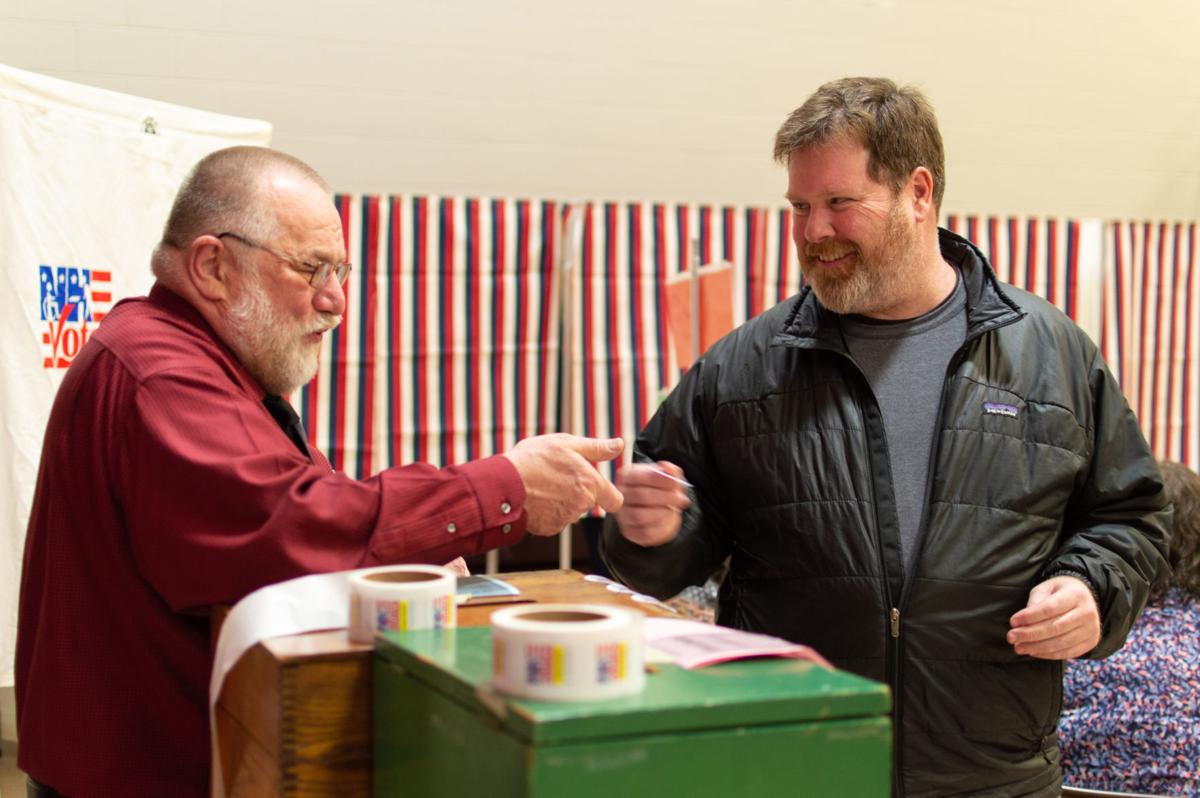 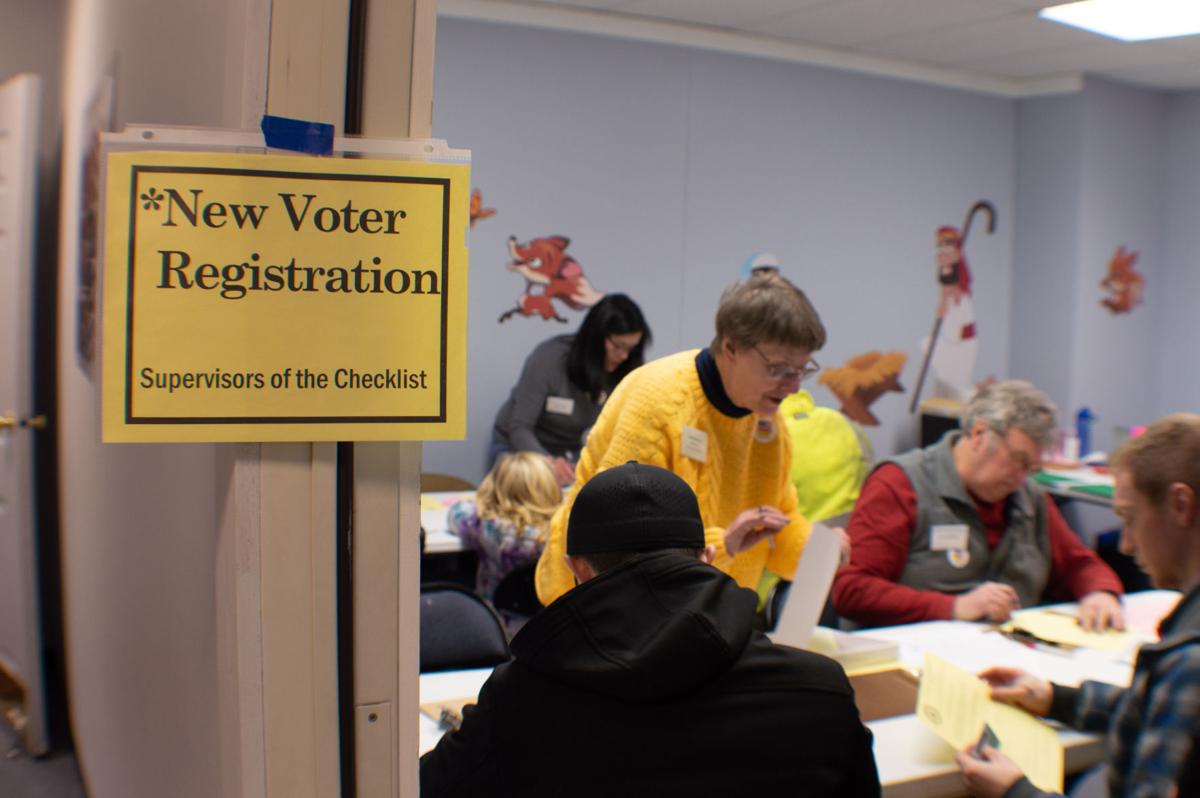 U.S. Sen. Bernie Sanders of Vermont, who dominated New Hampshire’s Democratic primary four years ago, won the contest again Tuesday, clinching 25.9 percent of the vote and narrowly beating former South Bend, Ind., Mayor Pete Buttigieg, who finished at 24.4 percent, with 91 percent of the votes counted, according to The Washington Post.

Sanders won nearly every community in the Monadnock Region that had reported results by early Wednesday morning, with just a handful of towns breaking for Buttigieg (Richmond, Surry, Walpole and Westmoreland), and one (Harrisville) for U.S. Sen. Amy Klobuchar, D-Minn.

In perhaps the biggest surprise of the night, Klobuchar surged to a strong third-place finish with 19.8 percent of the vote, ahead of U.S. Sen. Elizabeth Warren of Massachusetts and former Vice President Joe Biden, who placed fourth and fifth, with 9.3 and 8.4 percent, respectively.

Support for Sanders, who has represented Vermont in Congress since 1991, was palpable at area polling places throughout the day, especially among young people.

“I just really agreed with how he seems to just really want the best for the majority of the people in the country, not just a select few,” said Logan Seeley, a student at Keene State College studying computer science, outside the Ward 1 polling station in Keene.

“I’m a college student, so Bernie’s thoughts about canceling student debt are appealing to me. Also Medicare for all, because health care is the most important thing, and everyone has the right to that,” said Alexis Messima, 19, a student at Franklin Pierce University.

Messima and several other voters said they considered Warren but ultimately chose Sanders, who held the two largest campaign events of the cycle in the final two days, in Keene and Durham.

“I think he has a better chance and has been in it longer with more of a following," Messima said. "If one of them is going to win, it’s going to be him."

While Sanders pulled in many first-time voters, there was also a large cohort who had voted for him four years ago.

“In 2016, there was a feeling we weren’t going to win this, but let’s do something anyway," said Connor Hannon, a 23-year old student at Franklin Pierce. "I think this time, we think we can legitimately do this.”

At the Marlborough School polls, Drew Wilber, 42, said he believes Sanders can defeat Trump in the general election.

“I think he could get some of the voters that voted for Trump back to vote for him. I think he has appeal with a lot of independents and stuff,” Wilber said.

Supporters of Buttigieg, nearly unknown to Granite Staters a year ago, were equally enthusiastic about their candidate and his prospects of beating Trump if nominated.

“When it came to feeling like the reality of who I thought would actually have success in the White House, and who I thought was more realistic, I felt that while Bernie, what he says is fantastic, Pete is more grounded,” said Valentin Klug, 17, of Walpole, who voted for Buttigieg.

Klug, who was able to vote Tuesday because he'll turn 18 ahead of the general election, said Buttigieg’s plan for health care is one reason that drew him to the candidate, who served as mayor of South Bend from 2011 until last year and previously served as an intelligence officer in the Navy Reserve. Buttigieg has proposed a “Medicare for all who want it” plan that would provide a public option to those who don’t qualify for a government-run insurance program.

“I just got this sense of, this is an outstanding human being. A combination of whip-smart — he’s a renaissance man as far as I’m concerned,” said Marlborough resident Kathleen Oliver, 75, who began volunteering for Buttigieg in May.

“It’s time for young people to take over now," she added. "It really is. We’re not doing a good job. And I know it’s easy to be corrupted. But I just think his combination of seeing the big picture, like the forest and the trees, he’s got it.”

Keene resident Jaclyn Headings, 53, who was stumping for Buttigieg alongside Oliver at Symonds Elementary School, Keene's Ward 4 polling place, called the candidate “very smart, steady." “He just takes the high road on so many things,” she said.

Headings, like several others, said she appreciates Buttigieg’s military experience.

“I love that he’s a veteran. I haven’t served in the military, but I think it’s long overdue that our current armed forces, active and retired vets, have somebody in the office that knows what it’s like to be in our military," she said, adding that she sees him as a unifying candidate.

Klobuchar, first elected to the U.S. Senate in 2006, placed far ahead of where polls put in her in the past several months.

Several voters said they changed their support from Warren to Klobuchar in the final weeks of the campaign.

Henry Taves, a Peterborough voter, said he was originally a Warren supporter but changed his mind just four days before the primary to vote for Klobuchar. He said she “doesn’t have a label,” and her closing remarks at Friday’s debate in Manchester were the best he’s ever heard.

Keene resident Richard Emmet, 63, said he came to Klobuchar after ruling out other candidates, including Buttigieg, who he felt was too young.

“The two progressives are on the right track with so many things, but I think they go too far,” he added.

Although final numbers for the region and state were unavailable at press time, turnout appeared to be strong. Westmoreland and Gilsum were among communities whose turnouts Tuesday exceeded 50 percent — at 56 and 52, respectively — whereas Harrisville posted a voter turnout of 62 percent. In Keene, 41 percent of voters turned out across the city's five wards.

This article has been updated with a revised turnout number for Keene, which the city released after this article first went to press.

Sophie Vaughan can be reached on Twitter at @SophieCVaughan1