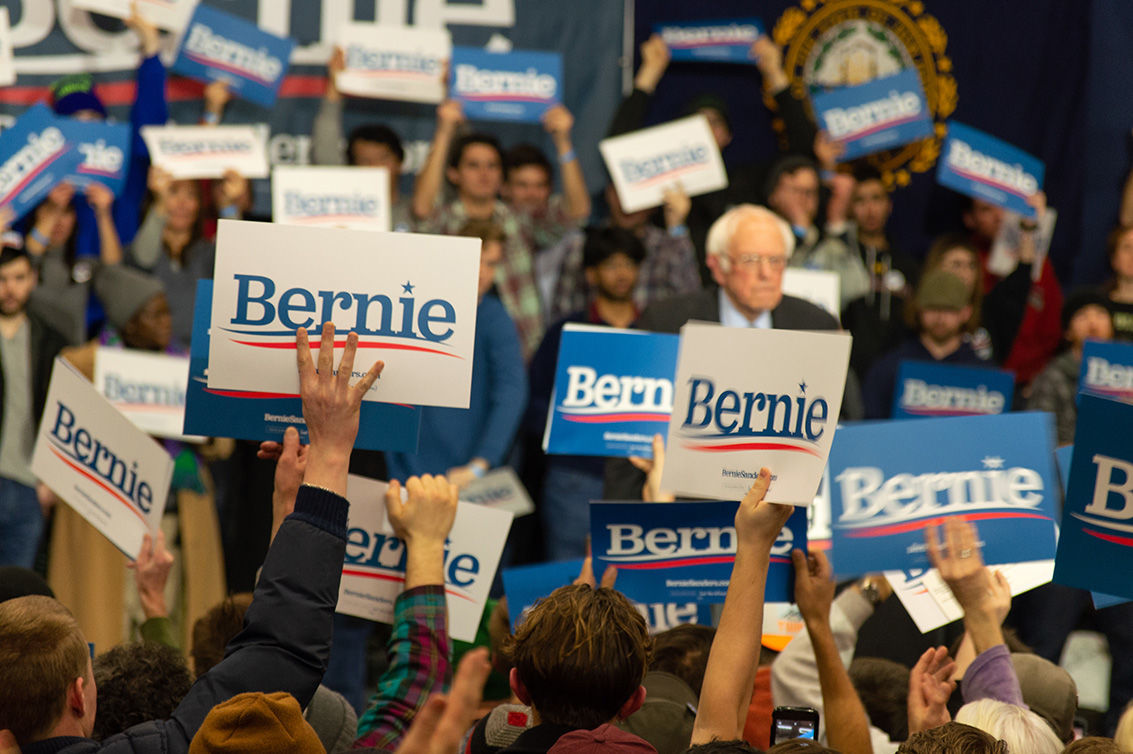 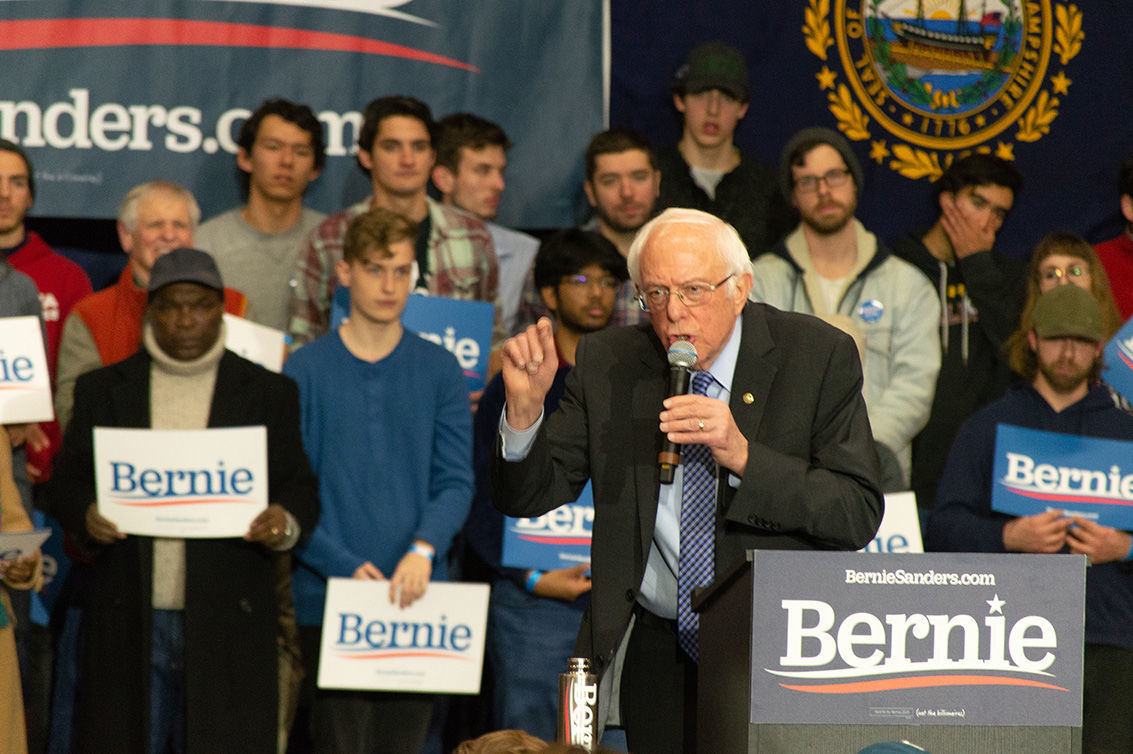 Vermont Sen. Bernie Sanders outlined his vision to transform American politics and defeat President Donald Trump at a rally Sunday night in front of the largest crowd gathered in the state for any Democratic presidential candidate this cycle.

For two hours before Sanders, 78, took the stage, two rock bands — Twiddle and Sunflower Bean — played in front of the pack that included everyone from younger people dancing in front of the stage to older folks and families sitting in the bleachers.

Sanders, who’s served as a representative for Vermont in Congress since 1991, said his campaign is geared toward the two goals of beating Trump and fundamentally re-working the sources of power in American government and politics.

“I think the American people, regardless of whether or not they’re conservative or moderate or progressive or independent or Republican or Democrat, understand that America is not about having a president who is a pathological liar, who is corrupt, who is racist, who is sexist, a homophobe, a xenophobe, and a religious bigot,” said Sanders, calling Trump “the most dangerous president in my history.”

Turning to his platform, Sanders began, as he usually does, with the topic of wealth inequality.

If elected, Sanders said he would implement policies that serve all people in the country, not just the wealthy. He proposed legislation to mandate equal pay for men and women and double union membership in the next 20 years.

Sanders called for a reorganization of government priorities, starting with increased investment in education for young children, more funding for the poorest schools, and higher wages for teachers, who he said should make no less than $60,000 per year.

Tuition at all public colleges and universities would be free under his administration and he would work to cancel student debt.

As proof he’ll stand for working people and not corporations if elected, Sanders pointed to his large base of small-dollar donors.

“Our campaign has received more contributions from more people than any candidate in the history of the United States,” he said. More than 1.5 million Americans have donated an average of $18.50 to his campaign this election cycle, he said.

On health care, Sanders called for guaranteed care for everyone in the country through a Medicare for All national health insurance program that would eliminate private insurance in addition to premiums and co-payments.

“Our message to the health care industry, the insurance companies and the drug companies is very simple: You are going to stop ripping off the American people,” he said.

Sanders said the United States has a “moral responsibility to act” in the face of climate change and proposed comprehensive legislation to transform the country’s energy system away from fossil fuels and toward energy efficiency and sustainable energy, which he said will result in 20 million new jobs in green energy production.

Going through his platform, Sanders also called for the legalization of marijuana, elimination of private prisons and detention centers, and an end to the “so-called war on drugs,” which he said has disproportionately impacted people of color.

As president, Sanders said he would “end the demonization of the undocumented [immigrants]” and restore the Deferred Action for Childhood Arrivals program that provided renewable two-year periods free from deportation for those brought to the country as children.

The American people should determine the country’s gun policy, not the National Rifle Association, said Sanders, adding that if elected he’ll effect universal background checks for gun purchases and an end to the sale and distribution of assault weapons.

Sanders said if elected he won’t nominate anyone to the court who is not fully supportive of the 1973 Supreme Court decision in Roe v. Wade, which protects the right to an abortion.

“We are having the most consequential election in history. Let us win here in New Hampshire, let us win the Democratic nomination, let us defeat Donald Trump, let us transform this country, let us go forward together,” Sanders said in closing his speech.

Many in the crowd, especially young people, said they came from nearby states — Massachusetts, New York, and Connecticut — to hear Sanders’ speech, but there was a sizable group of local people as well.

“Bernie inspires me. He’s really passionate about a lot of issues and so am I,” said Keene State sophomore Madison Gubata, 19, who said climate change, student debt, and a woman’s right to choose are most important to her.

In addition to those issues, about a dozen people said they support Sanders because of his stance on Medicare for All and proposals to lessen wealth inequality, the influence of money, and put a stop to endless wars.

“We need to get money out of politics. Period,” said Keene resident Nathan Oliver, a retired truck driver.

“He’s got the track record of advocating for people his entire career, even when it wasn’t popular. He’s going to at least try to get his policies through, unlike the other candidates,” said Oliver, 53, who volunteered with the Sanders campaign this cycle as he did in 2016.

Oliver said Sanders’ Medicare for All plan is desperately needed to combat the opioid crisis in the area. He also said Sanders’ plan to create a vibrant industry for sustainable energy production can pick up countless people in the region who currently only have access to low-paying jobs.

“We have an opportunity to make a huge difference in Keene,” Oliver said.

Katie Melanson, also of Keene, didn’t campaign for Sanders in 2016 because she was busy with multiple jobs, but said she’s volunteering for him this cycle.

“My main reason is he doesn’t take money from corporate donors so he’s beholden to us, not corporations,” said Melanson, 32, who works in insurance.

“For me it’s all about people power and Bernie is the candidate that cares about the people,” Melanson added.