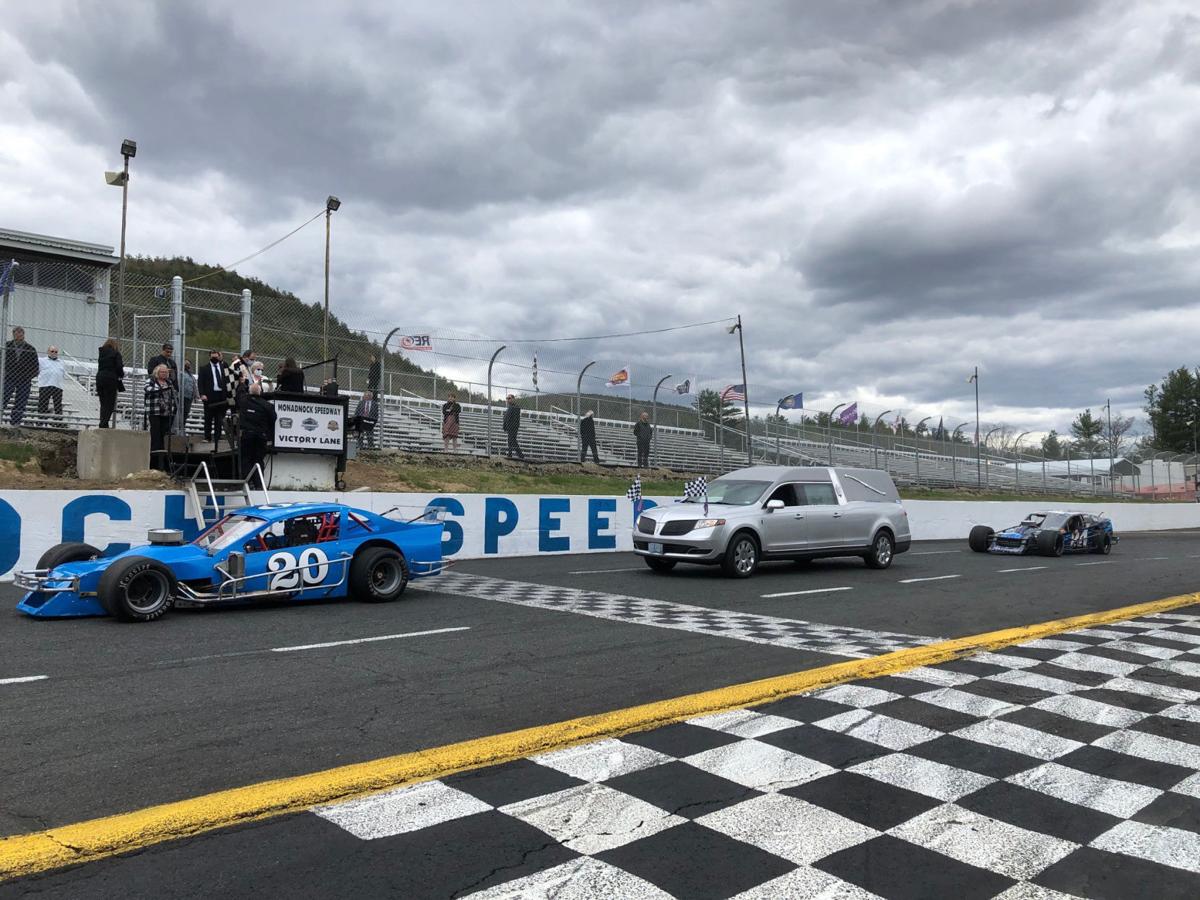 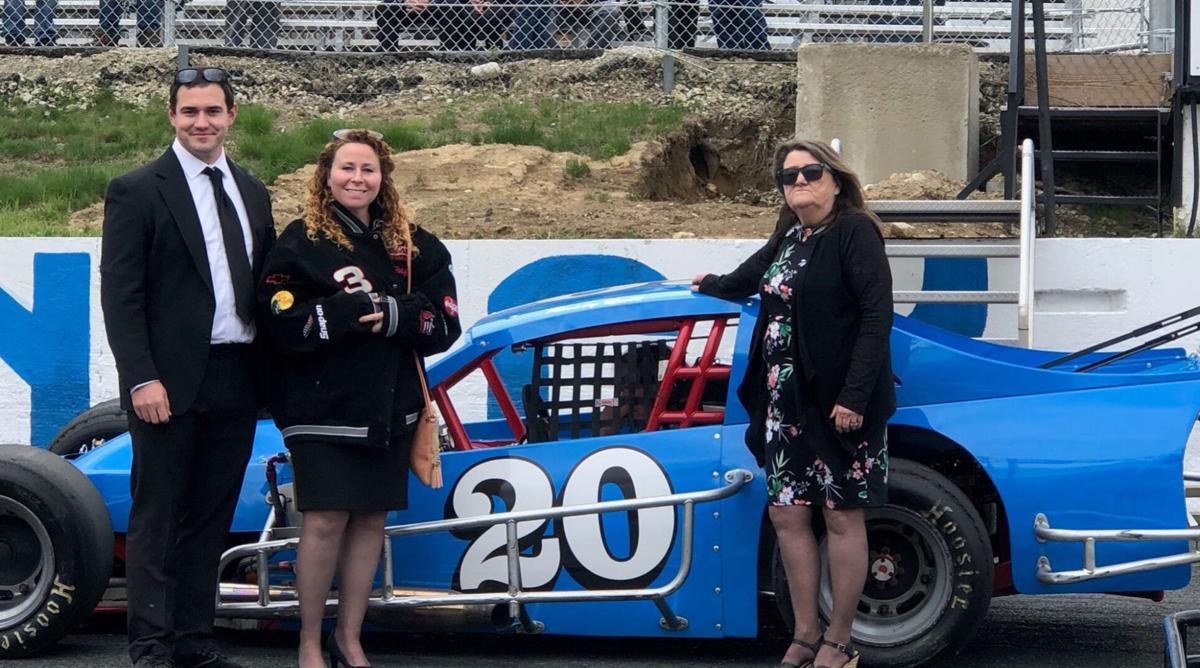 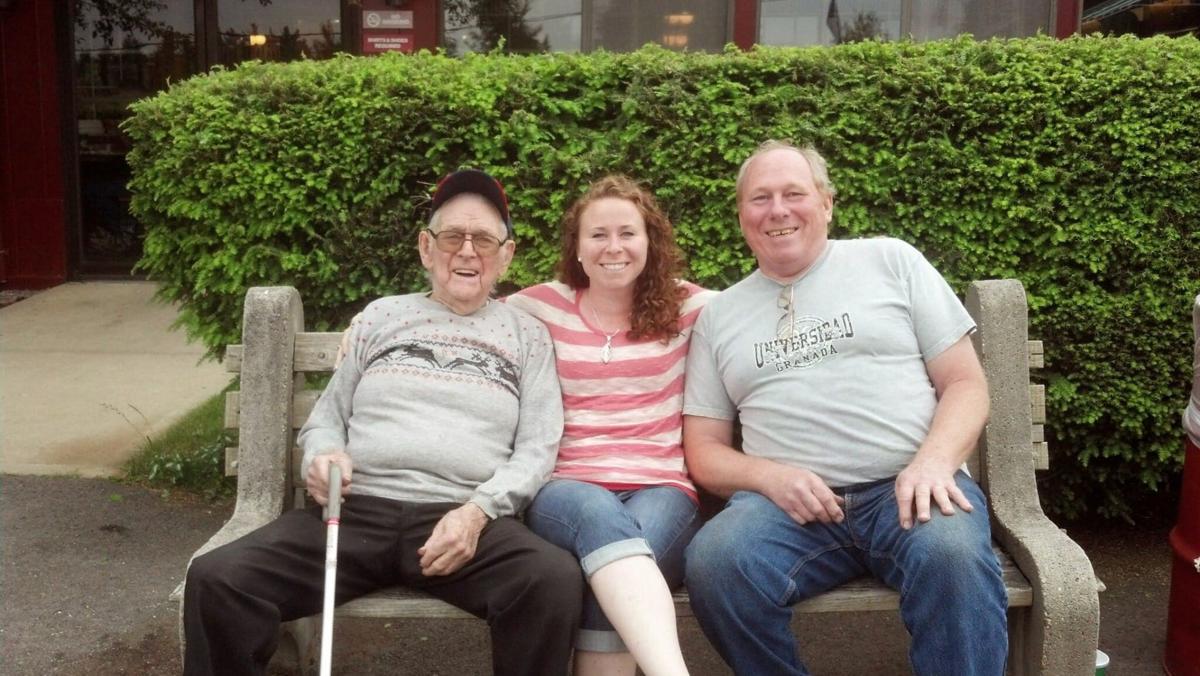 Herbert "Rusty" Ball Jr., far right, with his father, Herbert Sr., and his daughter Stephanie Ball Wojtyna on Father's Day in 2014. Herbert Sr., who has since died, passed down to his son a love of cars and stock car racing. 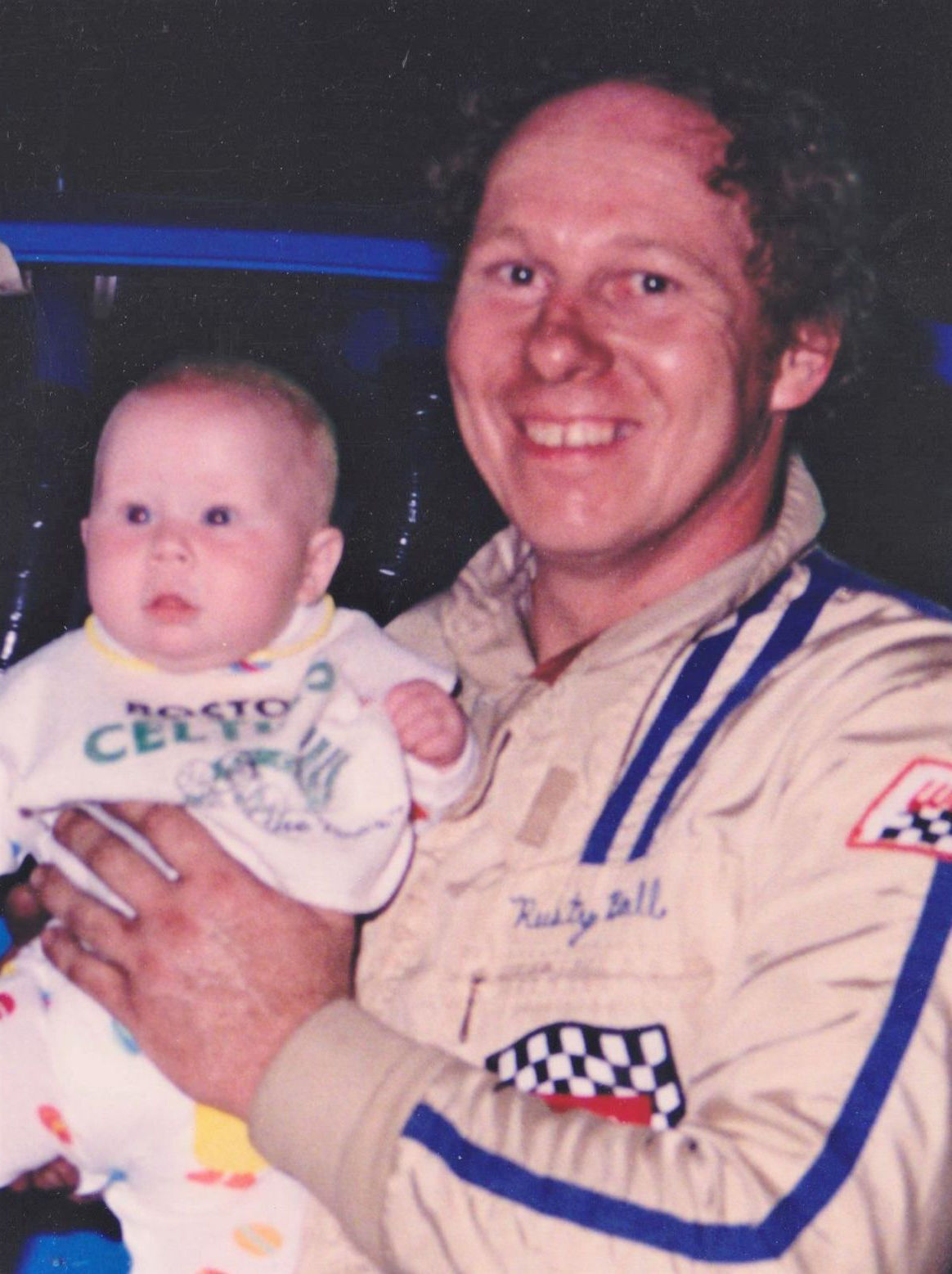 Herbert "Rusty" Ball Jr., far right, with his father, Herbert Sr., and his daughter Stephanie Ball Wojtyna on Father's Day in 2014. Herbert Sr., who has since died, passed down to his son a love of cars and stock car racing.

In true dad fashion, Herbert “Rusty” Ball Jr. always had a good joke in his back pocket.

So during the Keene resident’s funeral Saturday, his daughter Stephanie Ball Wojtyna knew she should end his eulogy with one of his favorite one-liners.

“Are you a race car?” her husband, Andrew Wojtyna, asked her.

“Nyooooo,” she responded, mimicking the sound of a car whizzing by on a track.

Ball, 68, who was well known in the area’s racing scene, died suddenly April 29 of complications from a heart attack.

A Surry native, Ball graduated from Monadnock Regional High School in 1970 before heading to a technical school in Manchester for automotive engineering.

He was best known in the area for his love of cars and stock car racing, both of which he inherited from his father, Herbert Sr.

He began racing as soon as he got his license, with his time split over the years between Monadnock Speedway and Claremont Motorsports Park.

At the Monadnock Speedway track in Winchester, he won six races and was “pretty consistently” in the top 10, according to Dave Sutherland, the speedway’s longtime public address announcer.

In Claremont, he was voted most popular driver by the fans four years in a row starting in 1986, according to his wife, Ann, 69.

And of course, she added, he was an avid NASCAR fan. Almost as a nod to this, Ann pointed out that the date of Ball’s death is the birthday of his favorite driver, Dale Earnhardt Sr.

In addition to racing, Ball was the vice president of Cheever Tire Service in Bellows Falls for 47 years, and also ran Rusty’s Speed Shop in Surry, where he built stock-car engines and supplied parts for other racers.

His own race car — number 20 — is stored at the shop, which is in front of Ball’s childhood home on Route 12A.

To honor him, the family decided to put his race car on display outside his wake and funeral over the weekend.

After his funeral Saturday at St. Margaret Mary Church in Keene, his car — driven by friend Bobby Donahue — took its final lap at Monadnock Speedway, with the hearse following behind.

The car hadn’t been driven in a few years, so Donahue tuned it up, spending “hours in the rain to make sure it would run,” according to Ball Wojtyna, who lives in Essex Junction, Vt.

“It was really meaningful,” she said. “... I kept my composure for the most part during the eulogy, but I lost it when they went around the track with the hearse.”

Donald “Dunk” Rudolf, one of Ball’s longtime friends, echoed this, saying it was “pretty hard to watch.”

“It actually was very emotional,” he said.

And even though Ball is now gone, his daughter said his legacy within the racing community will live on.

“I can’t tell you how many people have come forward the last few days saying they wouldn’t be where they are without my dad,” Ball Wojtyna said. “I, of course, feel that way, but it’s also nice to hear that, over the past 40 years of racing, he made an impact.”