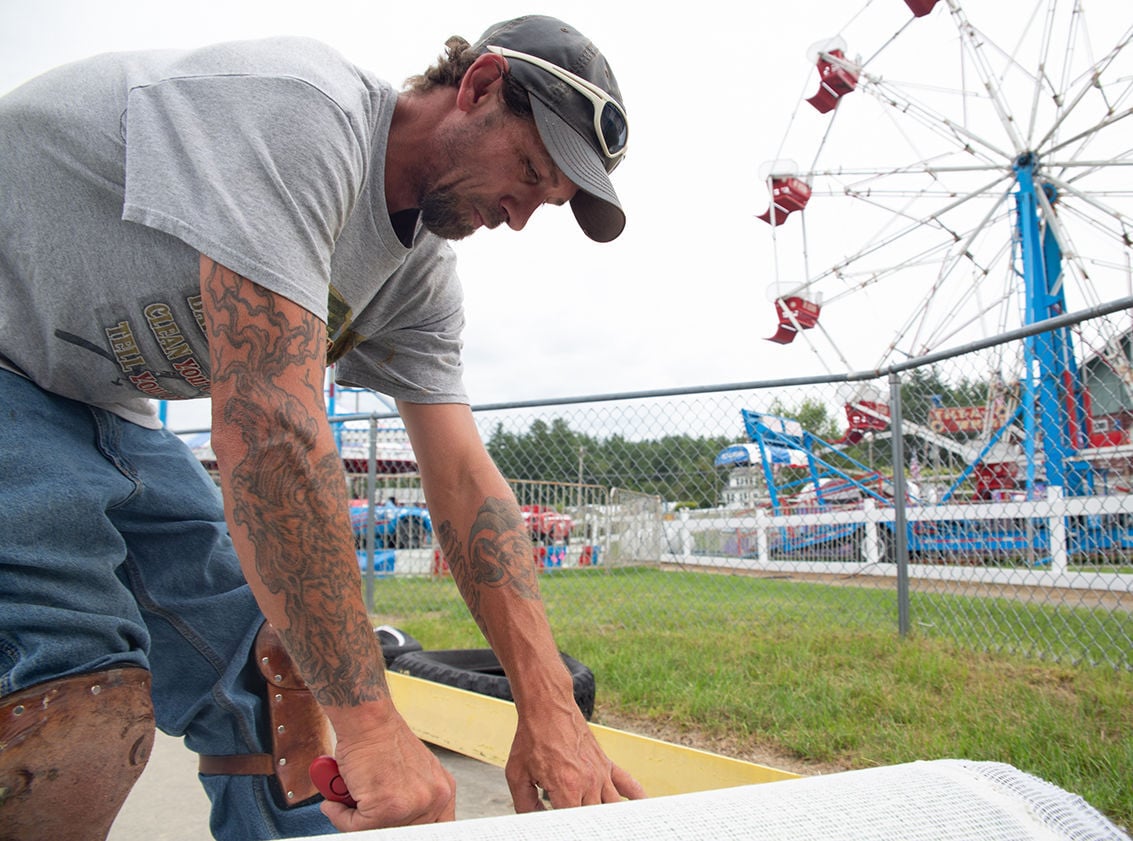 Josh Warner of Nelson cuts a piece of outdoor carpeting for the putting green at Runway Fun Park Wednesday in Swanzey. 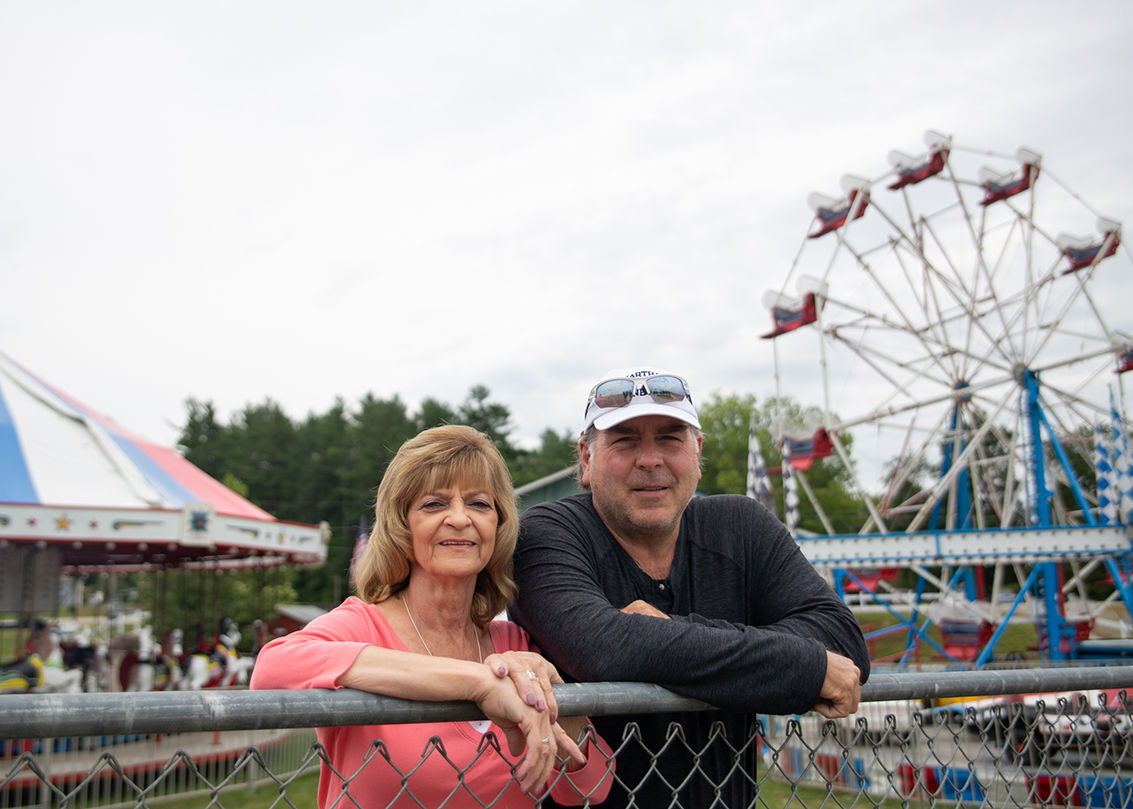 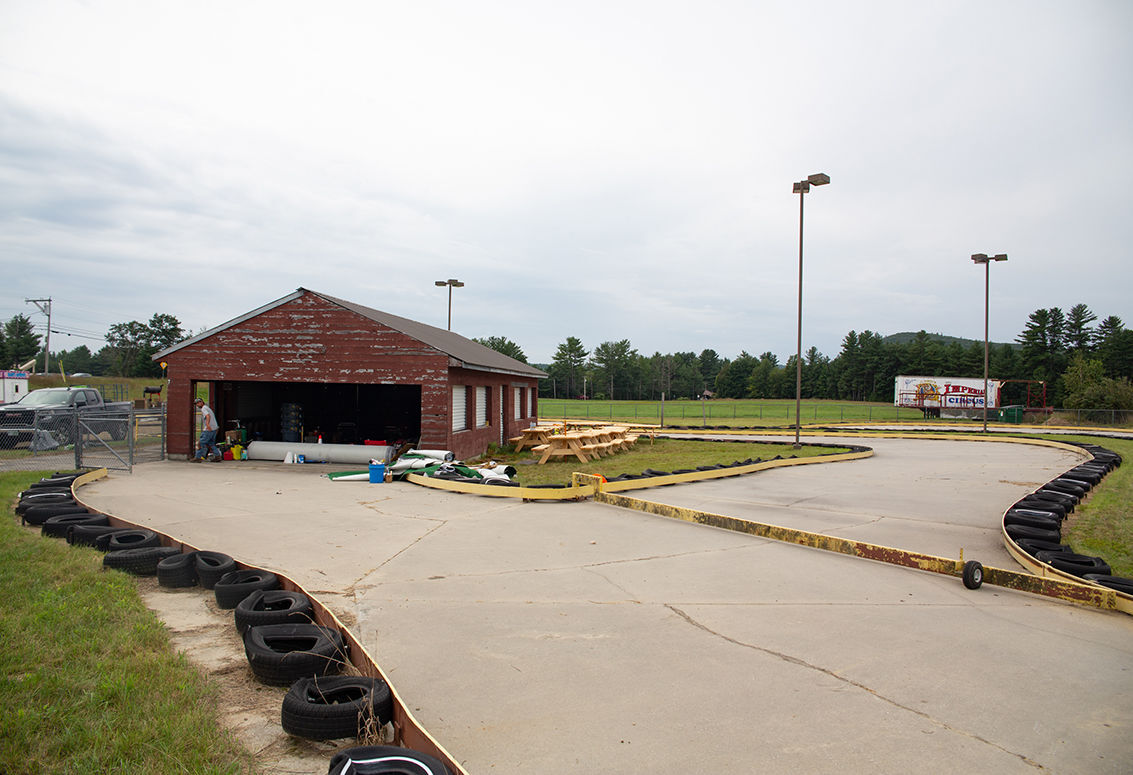 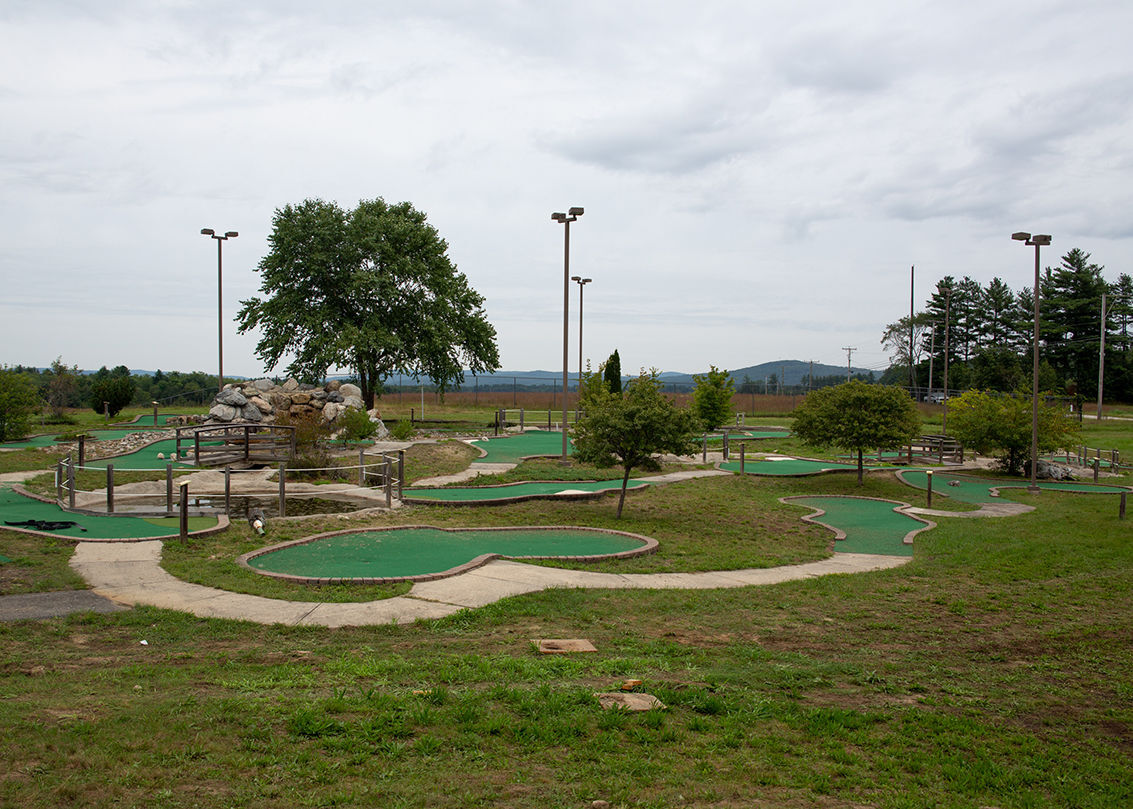 The putting green at the Runway Fun Park in Swanzey, photographed Wednesday.

Josh Warner of Nelson cuts a piece of outdoor carpeting for the putting green at Runway Fun Park Wednesday in Swanzey.

The putting green at the Runway Fun Park in Swanzey, photographed Wednesday.

SWANZEY — A small airplane put-putted overhead toward the airport as workers hammered away, assembling a Tilt-a-Whirl.

“That’s part of the intrigue,” said Rick D’Aprile, gesturing toward the runway, adding that there’s nowhere else people can watch from a Ferris wheel as planes descend toward Dillant-Hopkins Airport.

“It’s the perfect location for what we pictured to bring to the area,” he said.

Against a backdrop of mountains, the Ferris wheel rises up along Old Homestead Highway. A carousel, kiddie coaster, and other small carnival rides — trimmed in red, white and blue and adorned with bare bulbs — have all been assembled. The newly installed putting green laid out across the mini-golf course is vibrant on an overcast Wednesday.

D’Aprile and Carole Sanborn own Runway Fun Park, the new business at 471 Old Homestead Highway. The park will offer carnival rides, mini-golf and, eventually, go-karting. The 5 acres once hosted Swanzey Amusements and Hillside Pizza but has been vacant for the last five or six years. D’Aprile and Sanborn said they hope to open the park on Saturday, but its first day could be delayed as the business wraps up final construction and cleaning.

The pair had wanted to open earlier this summer, but due to complications negotiating with the city of Keene — which owns the airport — the business is getting a delayed start, D’Aprile said.

Sanborn said that last year, she and D’Aprile began imagining what the park could offer the community. In the fall, D’Aprile and Sanborn approached the city to begin negotiations, she said. Earlier this year, however, the city learned that because it had bought the land with funds from the Federal Aviation Authority, revenue from the sale would have to go toward FAA projects, rather than to the city, according to City Manager Elizabeth Dragon. In March, the city wanted to lease the land rather than sell so the revenue could be put toward the city’s operating budget, Airport Director David Hickling said at a Keene City Council’s Finance, Organization and Personnel Committee meeting.

D’Aprile and Sanborn weren’t interested in leasing, they said. The city ultimately decided to sell, in part because of the cost to improve the property — which includes a building that needs to be renovated — and to avoid confusion over who was responsible for different aspects of the property, according to Dragon.

Runway Fun Park LLC closed on the property in June, according to property records. The company began installing rides in July, D’Aprile said.

Despite the late start, the owners plan to make the most of the next few months. In addition to rides and mini-golf, Sanborn and D’Aprile hope to host events — such as an antique cars show — on a field adjacent to the park. In the winter, they’re considering creating an ice rink or offering sleigh rides. Overall, D’Aprile and Sanborn wanted to create a space that offers something for everyone, regardless of age.

Runway Fun Park is also looking ahead to next year, with plans for developing a restaurant at the park.

D’Aprile and Sanborn also own Carousel Grill in Fitzwilliam and plan to open Carousel Grill II at the Fun Park next year, Sanborn said. Until then, the park will have food trucks and trailers selling carnival classics, like fried dough and ice cream, according to D’Aprile.

For now, the owners are looking forward to providing the community with a place to ride a carousel, enjoy an ice cream, or just sit back and watch planes touch down at the airport.