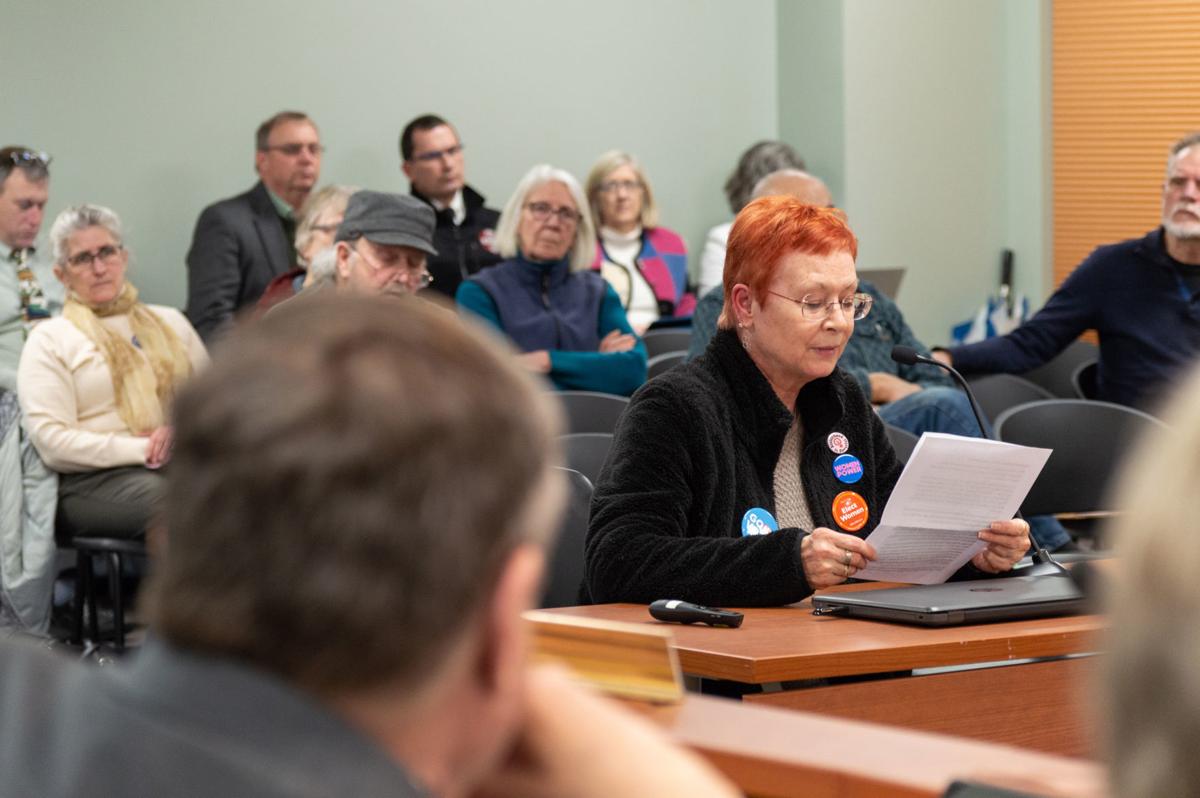 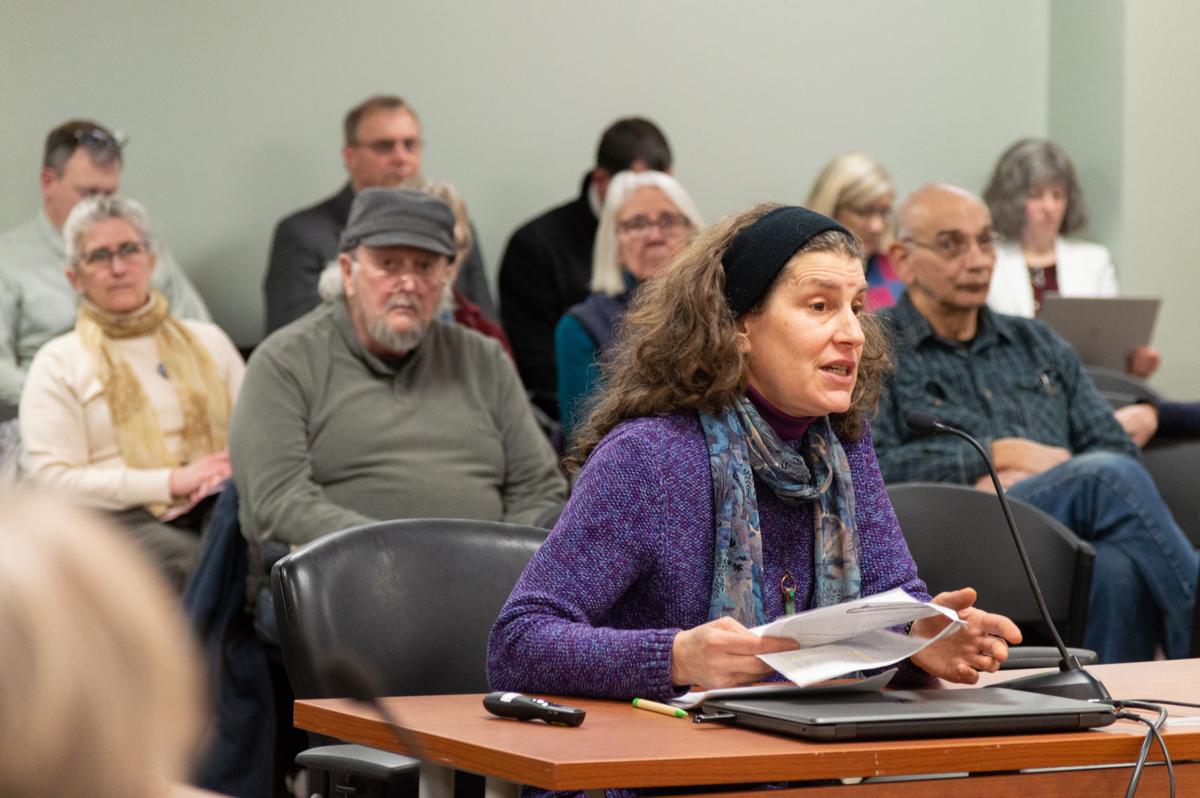 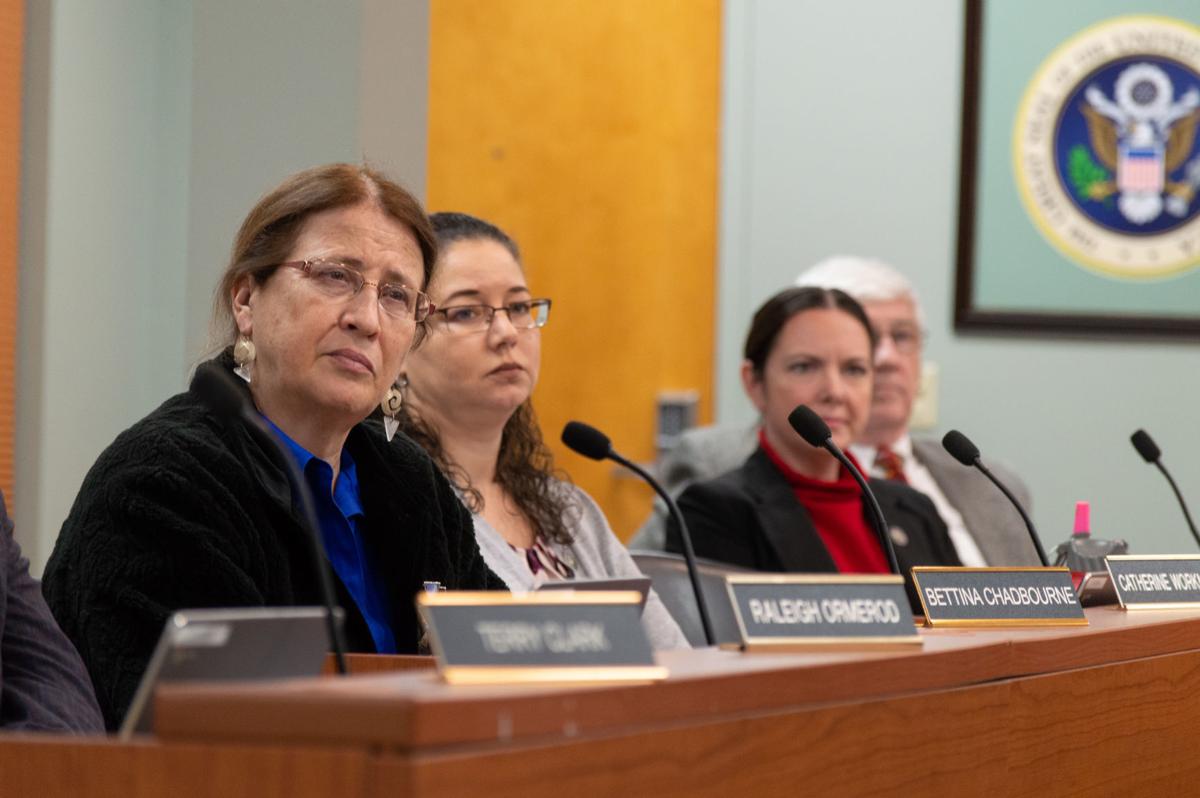 At a public hearing Thursday evening, residents of Keene and surrounding communities aired their concerns to the City Council about the potential health implications of installing new wireless technology.

Scheduled by Mayor George S. Hansel after a recommendation by the council’s planning, licenses and development committee, the hearing’s subject was a draft ordinance that would create location, design and aesthetic standards for erecting small wireless facilities on public rights-of-way.

Also known as small cells, these facilities are the implementation tool for the next generation of mobile networks, 5G, which offers faster download and upload speeds, as well as better connectivity between devices. Small cells can be used for 4G, too.

Unlike traditional cell towers, which stand up to 200 feet tall, small wireless facilities consist of boxy antennas that can be attached to existing structures, such as buildings or light poles. Connected by fiber optic cable, the cells are installed every few blocks because they emit higher-frequency radio waves that don’t travel as far.

The draft legislation is not an endorsement of small cells or 5G, but a mechanism to handle any potential applications from service providers.

For opponents of 5G, the draft ordinance has become an embodiment of the mobile network’s gradual rollout across the country and the world. Of the 12 to 15 people who attended the hearing, seven spoke against the technology, particularly the idea of allowing small cells near homes and putting residents in close proximity to the high-frequency electromagnetic fields.

Some of the speakers pulled from their pockets old flip-phones as evidence that the new mobile network isn’t necessary for people to stay connected, adding that their devices are always set to airplane mode to limit their own exposure to radiation.

Len Weldon said he’ll move out of Keene if the technology “infiltrates” the area, later citing a study by the National Toxicology Program that found cancerous tumors in male rats after prolonged exposure to cellphone radiation.

(The results of that 10-year study were released in 2018 and examined the effects of radio frequency radiation like that of 2G and 3G, which are lower-frequency waves. The report notes that 5G’s waves “are likely to penetrate no deeper than the skin, whereas the lower frequencies have been shown to penetrate at least three to four inches into the human body.”)

Decrying a lack of research focused specifically on the new technology’s biological impacts, several speakers asked the council to delay any action on the small cell ordinance until a state panel studying 5G’s health effects completes its work and releases its findings. The Legislature passed a bill creating the commission last year, making New Hampshire the first state to do so.

Lori Schreier of Westmoreland proposed several changes to the draft ordinance. She noted efforts in California to block small cell installations near fire stations after reports of firefighters complaining of nausea, headaches and other symptoms. Schreier suggested an annual renewal fee to discourage an overabundance of applications, and expanding criteria for requiring abutters be notified of proposed installations.

David Galluccio of Keene, who said he works in information technology, also urged the council to wait on passing an ordinance until there’s more evidence available. But he also acknowledged the apparent inevitability of 5G.

“My feeling is this — I work in this stuff every day — 5G will be coming. We’re all now comfortably sitting in a bath of electromagnetic frequency from the lights, from the equipment in the room, from our cellphones that may or may not be in airplane mode,” he said.

Businesses will want to take advantage, he said, and law enforcement agencies will likely benefit, too. He implied that the conversation shouldn’t be about trying to stop the technology.

“The best we can do is create applicable safeguards, listen to expert advice and proceed on that basis,” he said.

Regardless of any outcry over unknown health impacts, though, city staff has explained that there is little room for municipalities to consider that in their guidelines, which are being drafted in response to federal requirements.

The Telecommunications Act says local governments can’t discriminate against providers or prohibit wireless service, meaning that a municipality that allows utility and phone poles on its public rights-of-way can’t categorically bar the installation of small cells.

Then the Federal Communications Commission released its Small Cell Order in late 2018, in which the agency detailed the bureaucratic regulations that would rise to the level of “effectively prohibit[ing]” service — which would open a municipality up to a lawsuit — and restricted what local governments can require of providers.

The FCC order also mandated that any requirements of providers be published in advance, and it gave towns and cities deadlines for processing small cell applications: 60 days for attaching to an existing structure and 90 days for new construction.

As of now, there’s no mechanism for Keene to handle such an application, which is what the draft ordinance aims to address. The closest thing to an alternative would be the city’s telecommunications ordinance, but the N.H. Municipal Association has urged against using that as a stand-in because of small cells’ technical and legal complexities.

The draft ordinance is slated for discussion again at the Feb. 26 planning, licenses and development committee meeting.