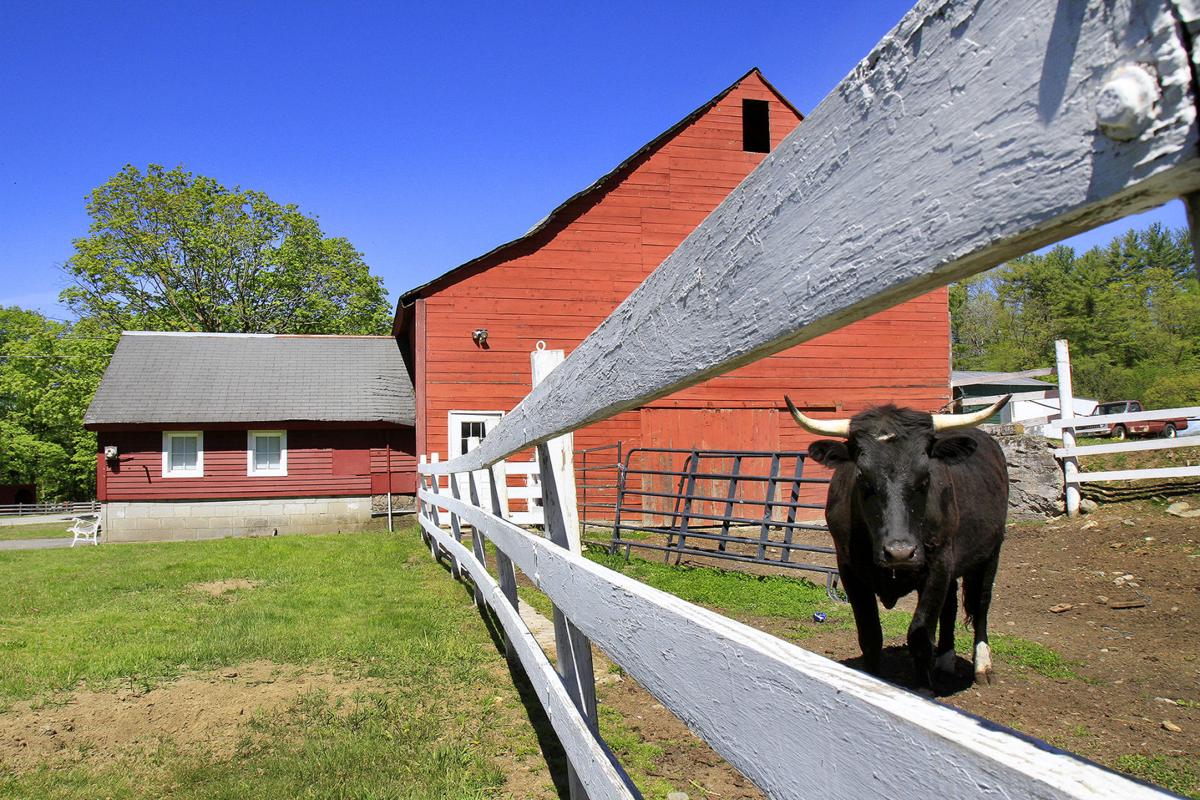 An oxen, one of four at Great Brook Farm in Walpole, stands in a paddock Thursday. 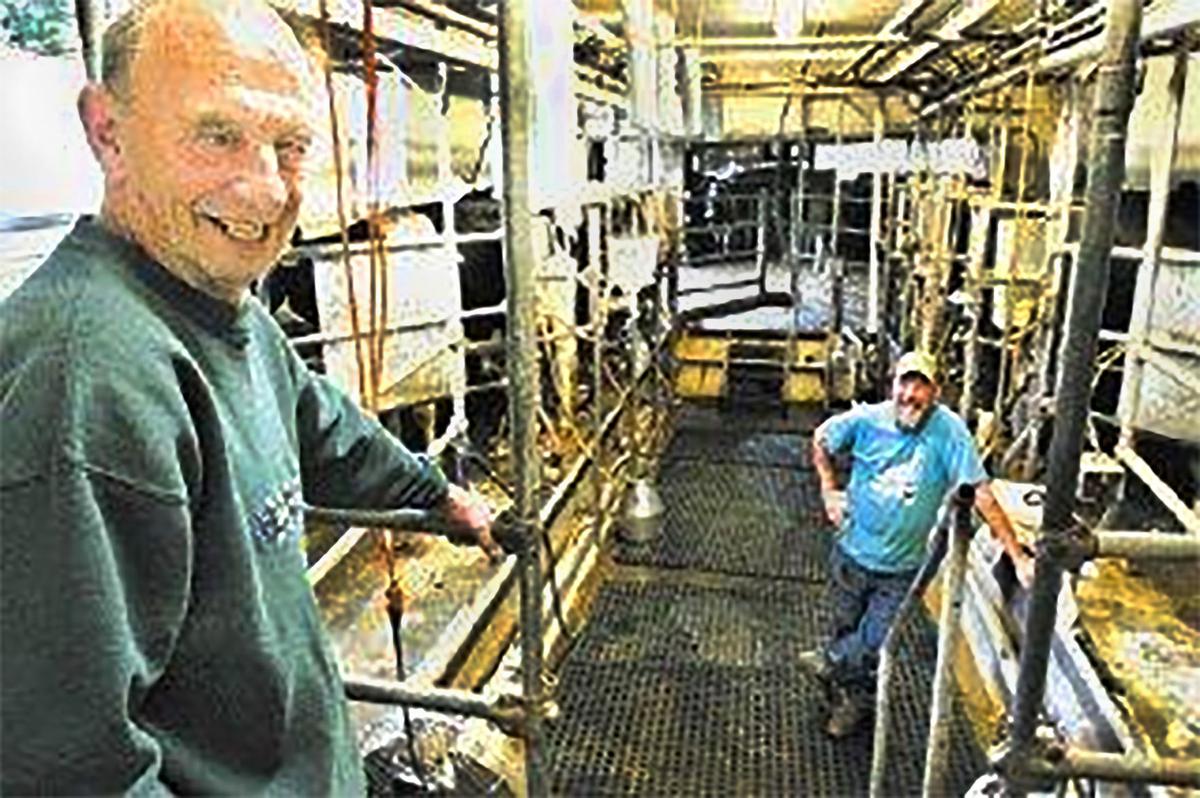 Robert Graves, left, and his son Peter in the milking parlor at Great Brook Farm in Walpole in 2010. 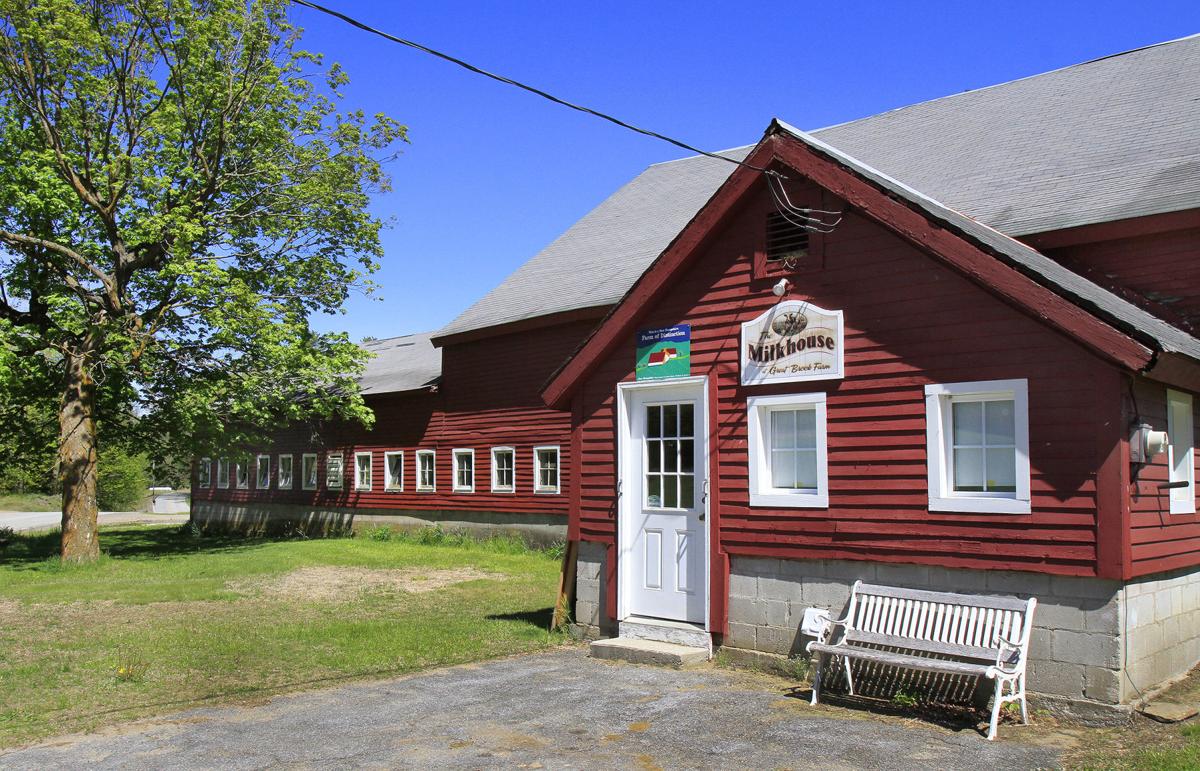 An oxen, one of four at Great Brook Farm in Walpole, stands in a paddock Thursday.

Robert Graves, left, and his son Peter in the milking parlor at Great Brook Farm in Walpole in 2010.

WALPOLE — Sometimes solace is derived from the past. Cindy Westover points to a 2008 video documentary about her father and the pastoral history of her family’s farm. Listen to her father’s words near the end of the segment, she suggests, for though they were spoken more than a decade ago, they encapsulate his essence and help ease the pain of his loss.

“There probably was something I could have made a lot more money at than there was in farming. But I didn’t do it,” he says gently on the DVD. “I went to farming. But I had a great life. I could die tomorrow, and I’ve had the greatest life, I think, anybody could have.”

You can feel that Yankee connection to the land, time and place, as vivid images of the Walpole countryside and pictures of her father scroll across the screen. Robert Graves spoke these words a dozen years ago, but they are timeless. They could have been spoken in 2020 or 1761, the year the farm was first tilled. The family connection is linear and unbroken, the land they farm the same then as it is now.

Graves, 90, died April 26 of what his family describes as natural causes. It was a peaceful death, Westover says, though the coronavirus pandemic forced them apart physically in saying their final goodbyes. The sad irony is that the Graves farm has always been a people magnet, the centerpiece of family and community celebrations, notably a 50-year Fourth of July fireworks showcase that regularly attracts hundreds. Thanksgiving requires multiple turkeys.

Graves was a dairy farmer, the eighth-generation patriarch of Great Brook Farm in Walpole, which his family started in 1761. It’s one of the oldest businesses continually run by the same family in the country. The DVD, made by late filmmaker Jim Howard of Peterborough, is titled “Legacy: Generations of Family Business,” and it spotlights several long-running businesses.

Today, Great Brook Farm is run by Peter Graves, the only son of Robert and Peggy, who were married in 1952. Like all the generations before him, Peter lives in the same farmstead house on County Road that the Graves family built in 1761. Cindy Westover is one of Robert and Peggy’s three daughters and owns Galloway Real Estate. Like just about all members of the sprawling family, which includes 11 grandchildren and 10 great-grandchildren and many nieces and nephews, farm life is ingrained in Westover.

“I don’t ever remember being bored growing up on a farm,” she says. “There was always something to do … a brook to fish in. … Mom had a huge garden. … we didn’t have time for TV. … I felt like I never went without.

“We got the best possible life from my parents.”

Like his father before him, Robert Graves worked on the farm as a child in the 1930s and ’40s. It got into his blood. Still, he was a kid with a bit of mischief in him, his daughter says. Graves liked to drive horse carriages too fast with his grandmother aboard, sliding them sideways to scare her. “His grandmother was a very prim and proper lady,” Westover says. “She’d say, ‘You think you’re scaring me, don’t you, Rob.’ ”

Graves never lost that charisma as an adult. Lean and fit, he was healthy most of his life and never suffered any serious injuries, which doesn’t always happen in farming. Westover remembers the farm would be teeming with people at 5 a.m. and 5 p.m., for townspeople knew he’d be milking the cows. “He was a character,” she says. “A farmer has to work all the time, so people came to the farmer. He genuinely loved to have people over and he was a jokester. And Mom was his perfect partner.”

Westover says one of the most important lessons she learned from her father was to give back to the community. Though farming is a backbreaking, round-the-clock, 365-days-a-year endeavor, Robert Graves was a prominent figure in Walpole. He served three different stints as a selectman in three different decades — the 1970s, ’80s and ’90s. He was president of the Walpole Horse Thieves; president and honorary director of the Cheshire Fair Association; a part of the Walpole Grange for 45 years. Members of the family have served on numerous town, community and farm boards, from fire commissioner to Walpole Old Home Days chair to fence watcher.

While farming was Graves’ business, oxen were his passion. Graves loved oxen pulling competitions, a trait shared by many in his family. He was an oxen expert, an acclaimed judge of oxen teams that competed at county fairs throughout the Northeast, including the region’s biggest, the Eastern States Exposition in Springfield, Mass. Grandson Andy Westover was especially close to Graves and spent countless hours with his grandfather on all things oxen and farming.

“They were more than grandfather and grandson; they were best friends,” Westover says.

For a while, it seemed, Andy was in line to have the farm passed to him, the 10th-generation Graves, but he has since established a successful chimney-sweeping business. Peter, a farmer to the core like his father, is the ninth-generation owner and two years ago had to make a difficult decision many small farmers are facing. With dairy prices having plummeted, the family sold off its herd of about 80 mostly Holsteins and leases its barns while Peter hays the fields and runs the sugarhouse. The Milkhouse farm store that Westover once ran is also closed.

“I cried for three months,” Westover says about giving up the dairy life. “Our family has all been dairy farmers. But the farming industry has gotten so difficult — it’s so hard to be a farmer. It’s hard to get people to work. Now with the coronavirus, there’s going to be a whole bunch of farmers going out.”

Graves had become more of a farm consultant in his later years, yet in the documentary he stressed that change was a part of farming. He said he did things differently than his father, just as Peter does things differently than him. Graves introduced milking machines to the farm in the early 1940s, and Peter put in a milking parlor about a half-century later. Each generation does things its own way, and that’s the way it should be, Graves says in the documentary.

“I guess you just try to get along as best as you can,” Graves says.

It’s worked for 259 years. And counting.