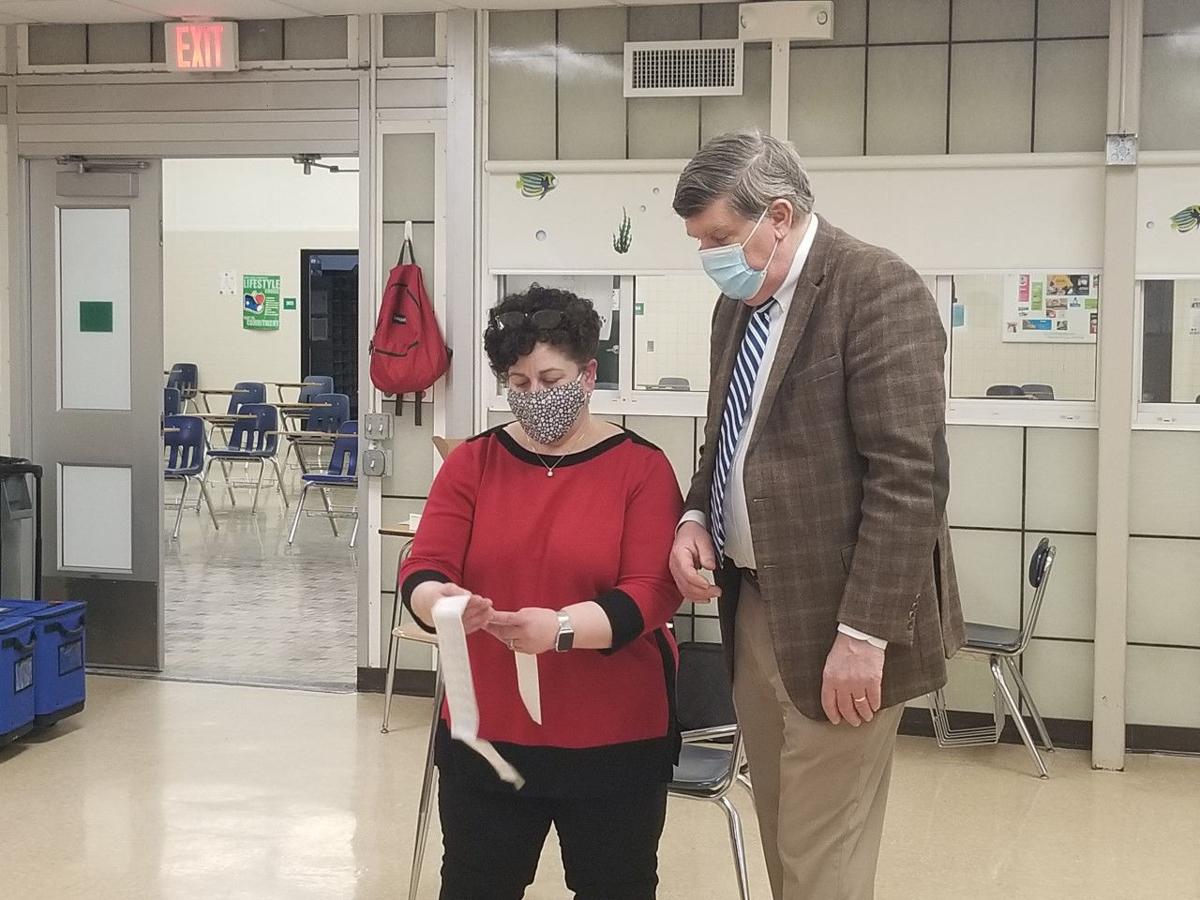 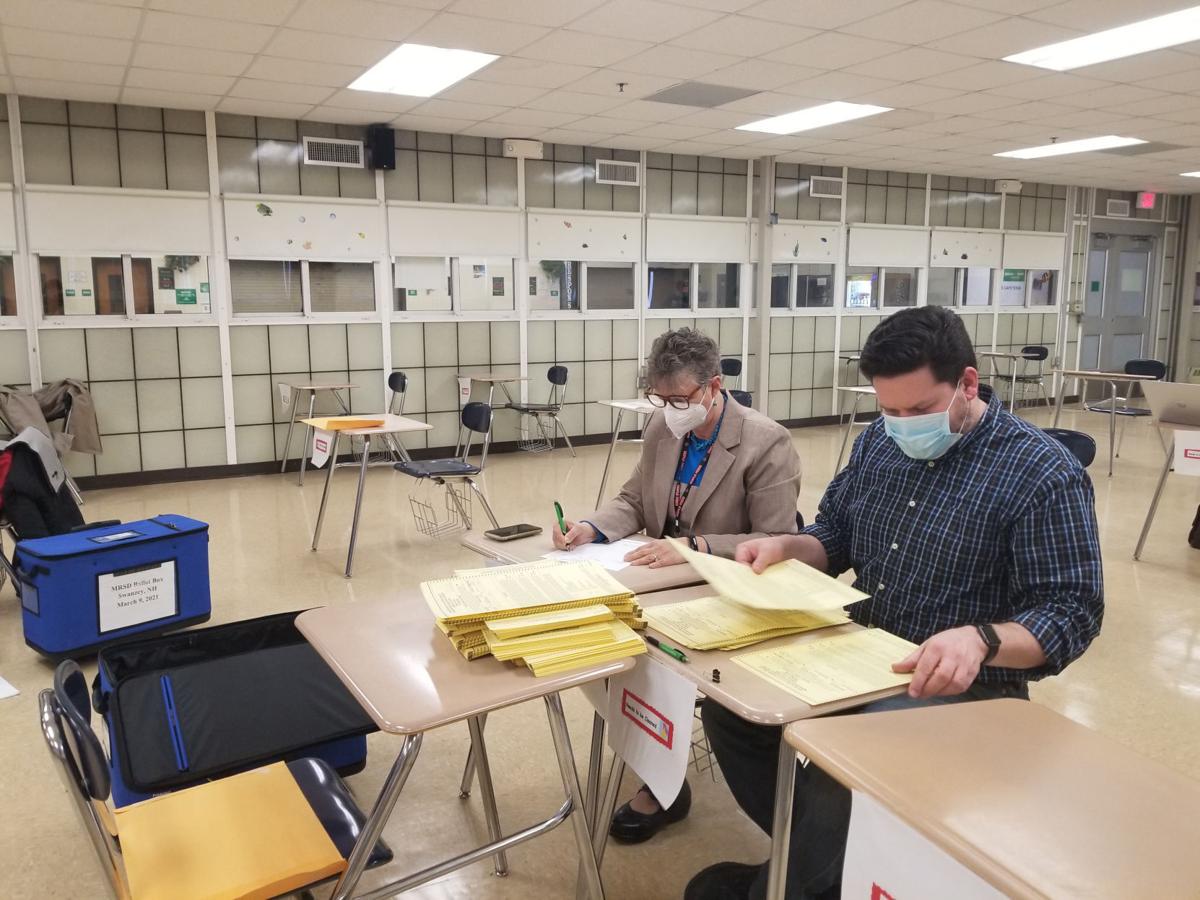 McDaniel-Thomas of Swanzey, left, and Chairman Scott Peters of Troy tally votes during a recount of Article 2 Tuesday evening.

McDaniel-Thomas of Swanzey, left, and Chairman Scott Peters of Troy tally votes during a recount of Article 2 Tuesday evening.

SWANZEY CENTER — A recount Tuesday evening in the Monadnock Regional School District confirmed the outcome of the vote on a warrant article that would have funded the replacement of unit air ventilators at two schools. The measure failed narrowly at the polls last Tuesday.

The recount showed that the warrant article, which would have raised $840,000 to replace ventilators in about 25 rooms total between Gilsum STEAM Academy and Monadnock Regional Middle/High School, failed 1,117-1,111, with 77 ballots that left that article blank, District Moderator Bill Hutwelker said. District Clerk Lillian Sutton said Monday that 15 district voters had requested the recount.

Unofficial results from the polls last Tuesday showed that the article was voted down 1,108-1,104, with 96 ballots left blank. Hutwelker said the slight shift in the vote totals comes from ballots that machines read as blank but actually had votes marked on them.

The counters — school board Chairman Scott Peters of Troy; board members Kristen Noonan of Fitzwilliam and Colleen Toomey, Cheryl McDaniel-Thomas and Dan LeClair of Swanzey; and budget committee Chairman Adam Hopkins of Troy — worked in pairs to tally each of the 2,306 votes by hand. Hutwelker and Sutton oversaw the roughly two-hour process in the annex of the middle/high school in Swanzey Center.

The ventilators slated to be replaced were installed in the 1980s and work fine for now, but “they’re getting towards the end of their working life,” Morin said. The district wants to replace them before they break down, she explained, which could lead to an emergency situation if the district doesn’t have funds on hand to replace the ventilators immediately.

Replacement of the ventilators at Gilsum STEAM Academy began last year, after voters in the district — which covers Fitzwilliam, Gilsum, Richmond, Roxbury, Swanzey and Troy — approved a warrant article with funds to start the project there and complete a similar project at Cutler Elementary School in West Swanzey, Morin said.

These renovations were scheduled before the coronavirus pandemic, as part of the district’s capital improvement plan, and therefore Superintendent Lisa Witte has said they do not count as COVID-related expenses eligible for federal relief funding.

School districts are still waiting for final state guidance on when and how they can spend the latest round of federal COVID-19 relief funds, in which Monadnock is expected to receive $1.8 million. But, Peters noted, even if the ventilation project qualified for those funds, the district interprets New Hampshire state law to say that any warrant article defeated by voters cannot be completed in the coming year, even if funds become available from some other source.