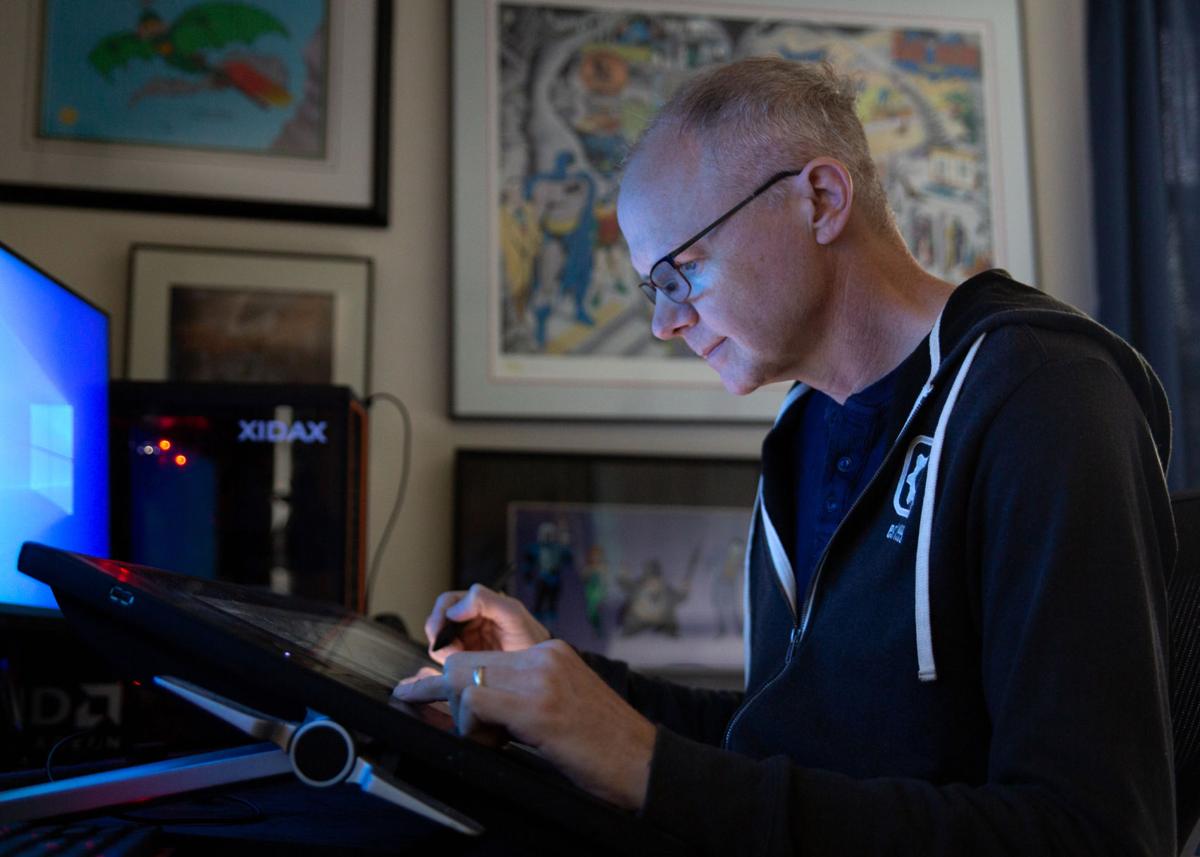 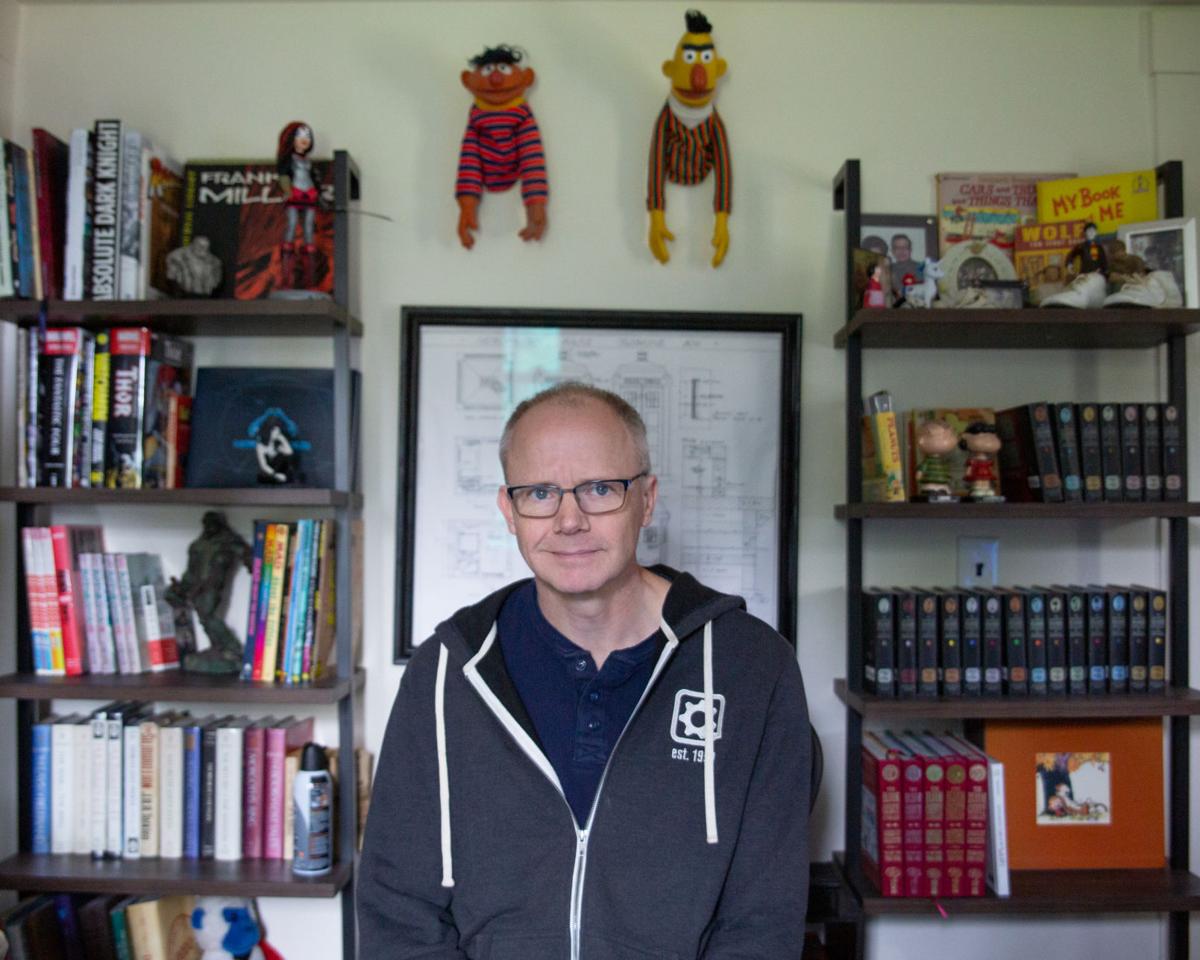 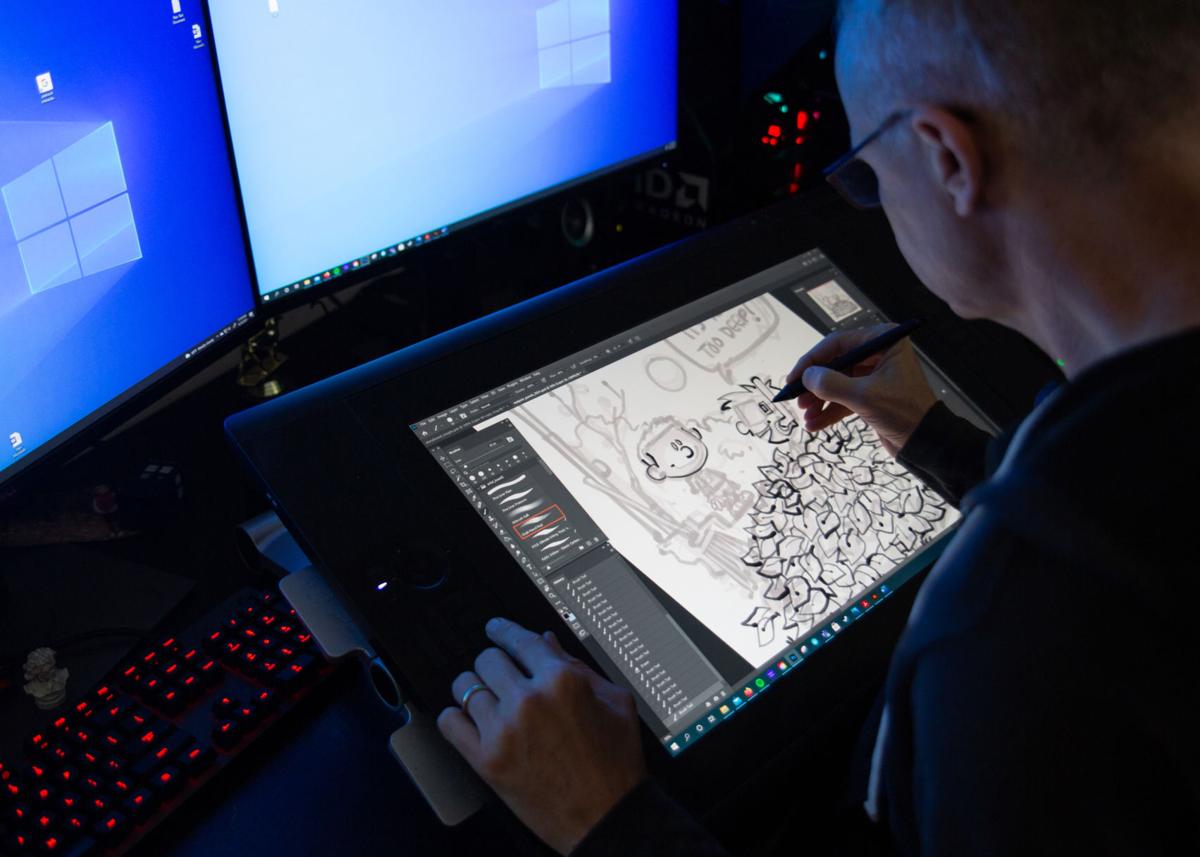 WALPOLE — Ever since he could hold a crayon, Erik Doescher has been drawing.

Now as an adult, the new Walpole resident has turned his childhood passion into his profession, with a decades-long career in illustration.

“I just always drew,” said Doescher, 53. “And then ... once you get old enough, you start realizing, ‘I can probably make a living off this somehow.’ ”

Doescher grew up in Westford, Mass., with his younger brother Craig and their parents. His mother, Jane, was a homemaker, while his father, Ron, worked as an electrical engineer.

Doescher said his love for art was always encouraged, and after high school, he headed to New York City’s School of Visual Arts to get his Bachelor of Fine Arts.

After graduating, Doescher anticipated needing a standard 9-5 job to pay his bills while he found work in his field. But thanks to the help of a college mentor — Joe Orlando, then the vice president of D.C. Comics — he landed a position at the comic book company.

“When I moved to New York City, he kind of just took me into his art directors’ offices and basically said, ‘He’s good. Use him,’ ” Doescher said. “... I was pretty fortunate.”

That not only secured him work at D.C. Comics, but also opened the door to several other companies like Nickelodeon and Mattel, giving Doescher enough security to stay in the Big Apple for 11 years as a freelance illustrator.

Most of his work at the time was in merchandising, illustrating products like Batman lunchboxes and T-shirts.

Doescher then moved to Dallas to work for Gearbox Software, a Texas-based video game development company. He started as a level designer — the phase of development that deals with creating the stages of the game — for the Counterstrike game, and then became the lead level designer for the Brothers in Arms game series.

About 10 years ago, he switched over to concept art, and worked on character, prop and environment designs for the Battleborn and Borderlands games.

In the last few years, he worked in visual development, which is a mix of concept art, storyboarding and special projects for all of the company’s games.

Storyboarding — which Doescher said he’s done for some movies, but mostly for video games — is when the illustrator takes the project’s script and visualizes it, drawing each scene in comic-book-style panel boxes.

“That’s a lot of fun for me because, going back to art school, I did a lot of storytelling,” he said. “I thought I wanted to do comic books, but didn’t end up going into it. But, I still have the love for storytelling.”

In addition to Doescher’s work with Gearbox, he has also kept up with his freelancing work, currently illustrating children’s books for D.C. Comics and Nickelodeon.

And after he spent 20 years in Texas, Gearbox decided amid the COVID-19 pandemic to allow its employees to work remotely. With this new flexibility, Doescher and his family decided to head back to his roots in New England.

The family of seven looked in Vermont, Maine and New Hampshire for the right fit, and Doescher said he and his wife, Iria, stumbled across a beautiful home in Walpole on realtor.com in the summer of 2020.

However, he said they weren’t ready to move yet, so he and Iria would periodically check to see if the house was still available. By that fall, it had gone off the market.

But after some work with a local real estate agent, Doescher said they were able to buy the house after all, and the family moved in this July.

“It was like a meant-to-be-thing, in a way,” he said. “... We decided on Walpole because this was the town that our favorite house was in.”

Doescher said the community is a perfect fit for the couple and their four kids still living at home — Lukas, 15, Lennon, 13, Keira, 12, and Kassidy, 11. Their oldest, Katharine, 18, just started studying arts and animation at the California Institute of the Arts, following in her father’s footsteps.

And since moving to Walpole, Doescher has already found a local way to show his art.

Last month, he was featured in the Walpole Clarion — a monthly newsletter sent to town residents. To pair with a blurb on him and his family moving to the community, Doescher created a small comic.

The strip, titled “Cheshire Kids,” shows two kids at an ice cream stand. One has the standard one scoop, while the other’s cone has so many scoops they tower over him.

“I couldn’t decide on just one flavor,” the comic reads.

Doescher’s pieces will be featured in the Clarion from here on out, providing him with a local outlet for his passion.

“If I just draw naturally, the stuff that comes out tends to be comic-strip-style stuff,” he said. “That’s my draw-for-fun type mode.”

At a glance: Erik Doescher