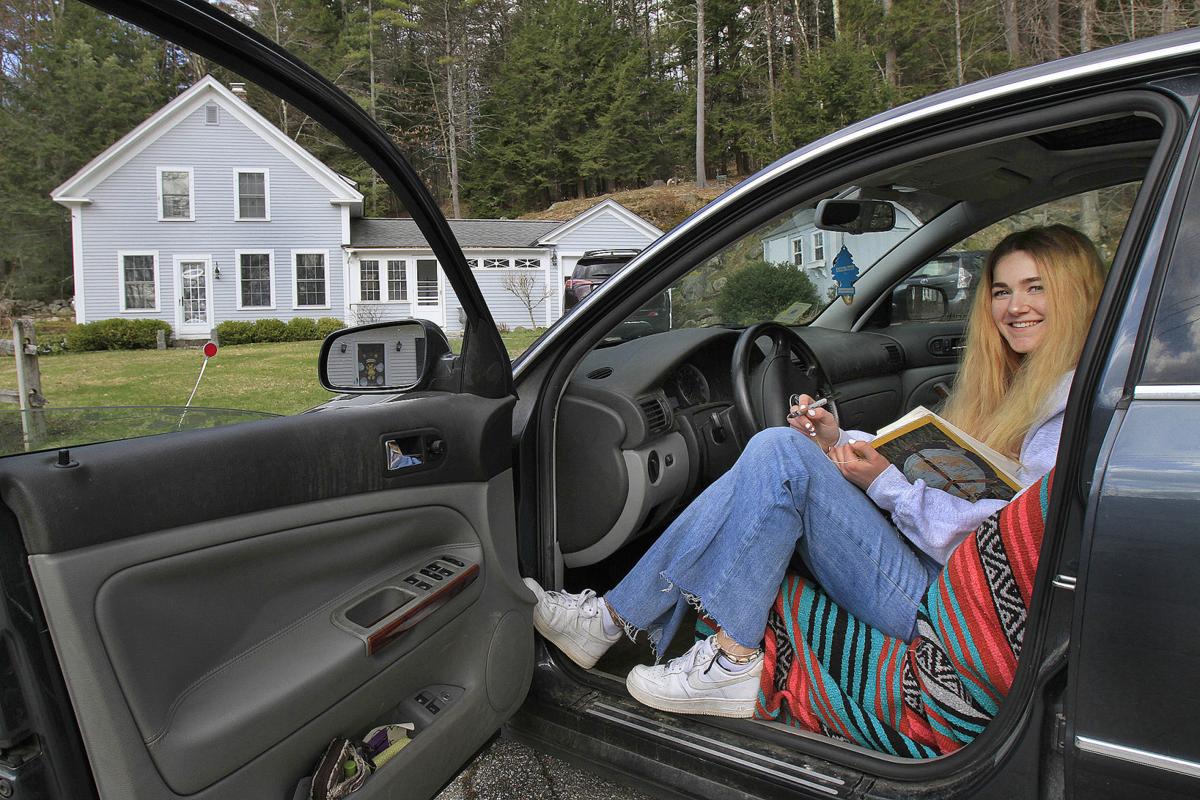 Rachel Sturges of Peterborough says she does most of her writing while sitting in her car. 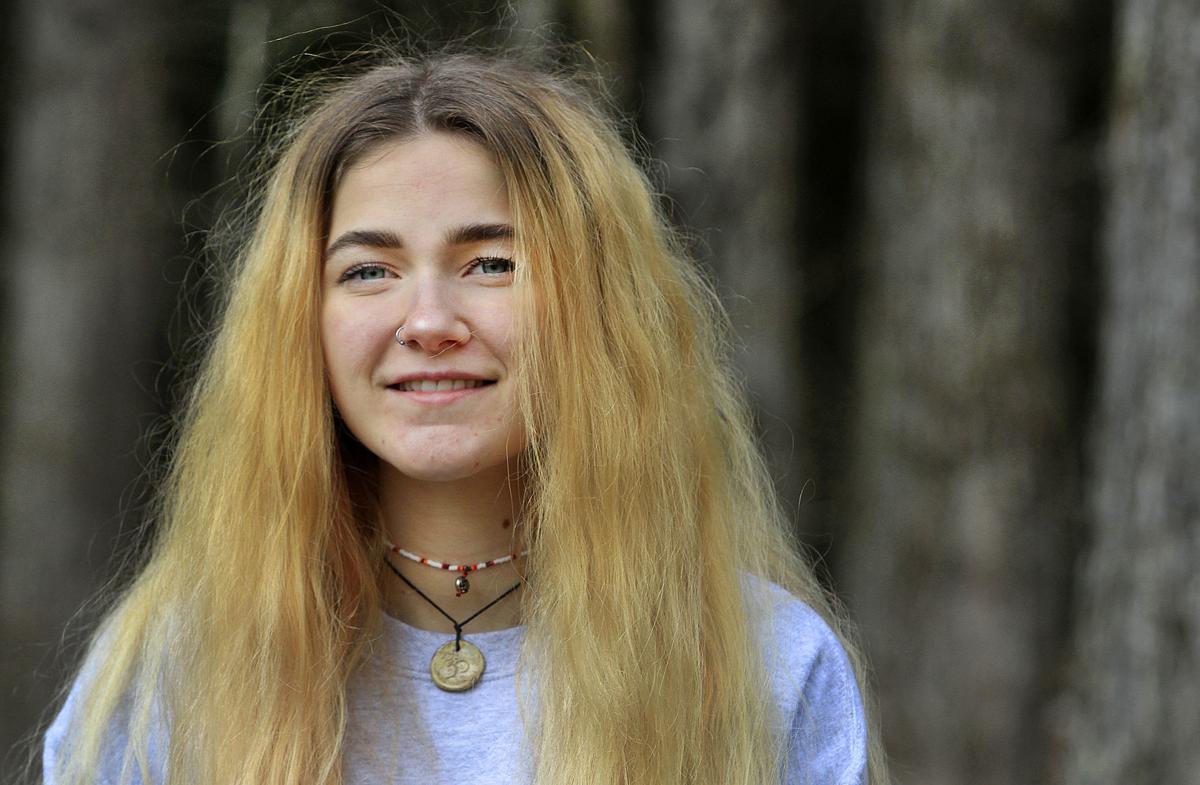 Rachel Sturges of Peterborough says she does most of her writing while sitting in her car.

Rachel Sturges, 18, of Peterborough recalls her debut as a poet.

She was in the 6th grade and said she was very bad at it. However, she instantly took a liking to poetry, explaining that the lack of rules and freedom for expression are what drew her in.

The honorary position is awarded each year to a high school student “who has shown a dedication to and excellence in writing, and who demonstrates the enthusiasm to share it with the public,” according to the N.H. State Council of the Arts’ website.

English teacher Jason Lambert said via email that he first took notice of Sturges’ writing talent when she was in the 10th grade. “I was so impressed with how she, as a sophomore, read, thought and discussed text,” said Lambert, who encouraged her to apply for N.H. Youth Poet Laureate.

In her first attempt during the second semester of her sophomore year, Sturges didn’t make the cut. She took the application process more seriously the second time around, spending weeks perfecting her vision statement and putting together her portfolio.

Sturges is one of two current N.H. Youth Poet Laureates, along with Falon Smith of Littleton High School. Her tenure began Sept. 1, 2019, and will come to an end Aug. 31.

In her award letter, the youth poet laureate committee wrote that it was impressed by her vision for the role, “specifically utilizing social media; prior commitment to attending young writers conferences; and belief that poetry can help us understand our lives.”

In the position, Sturges serves as an ambassador of poetry for young adults, teens and children, and she has traveled to different libraries and schools within the state to bring more visibility to poetry.

In November, she was invited to read some of her poetry as an opening speaker for the Governor’s Arts Awards in Concord.

She said one of the challenges in getting young people engaged and interested in poetry is the way it is taught in school. “It isn’t very interesting or diverse,” she explained. “It comes off as too academic, and that can be intimidating.”

And she wants people to feel more comfortable expressing their thoughts. “It doesn’t have to be an art form,” she said, “just get your own thoughts out of your own head.”

As for her own writing, she tries to avoid inserting herself into it, and said her poems feature natural and religious imagery.

“She manages to capture her experiences in nature and as a young person in original, descriptive and reflective ways,” Lambert wrote. He also noted that her success and development as a writer are her own. “Rachel has had many fine teachers support her work, her parents included. Still, the talent and work is all hers.”

Sturges said a personal favorite among her poems is “Hitchhiker’s Exodus,” which is based in her hometown “but it’s more about the feeling you get when you’re in between towns. I tried to capture the familiarity in transition places.”

“Trusting the highway a little more than the cars passing / On the road to redemption, / but by now / they know a dead end when they see one. / Coming and going, / parting the yellow lines like a red sea. / There are mountains in the distance / and maybe just over them is a town / where they can sleep in a bed, / eat a hot meal.”

Looking toward the future, Sturges is getting ready to decide between two schools — University of New Hampshire or University of Colorado Boulder — where she plans to study philosophy and religion.

But as she wraps up her high school career remotely, she is still taking time for her writing, and hopes to publish her first collection of poems before heading off to college. She says it will mostly feature newer work alongside some older pieces from her portfolio or ones she’s read publicly.

As for her writing process, she said she prefers to drive somewhere with a nice view of nature and write in her car. “I can never just sit in my house and write.”

At a glance: Rachel Sturges