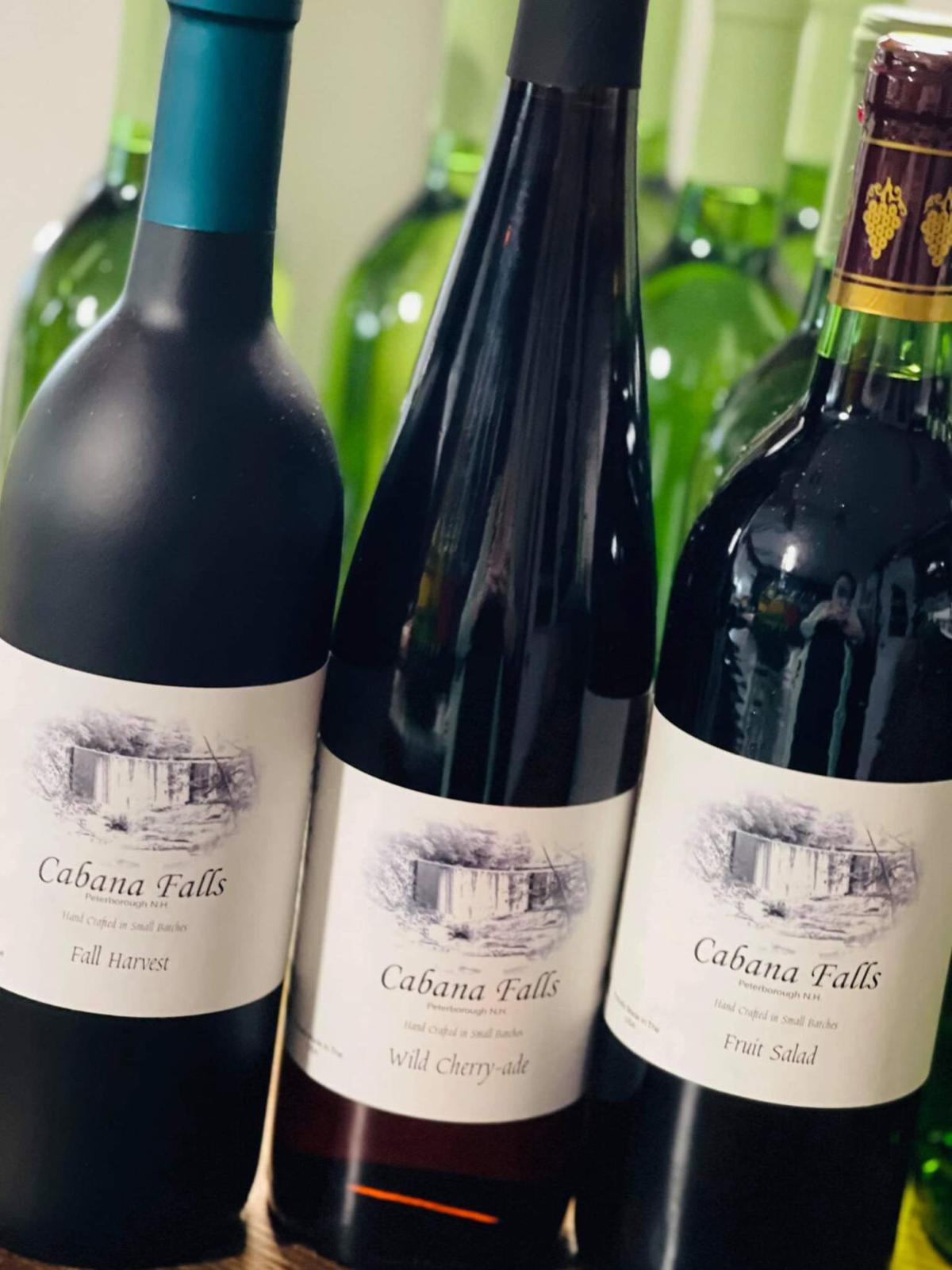 “It’s very sweet. It’s an immature wine, so it’s very sweet, not dry,” Alyson Lefebvre said of the wine she and her husband, Carroll "Mark" Lefebvre, offer through Cabana Falls Winery. The logo on these bottles was done by Owen Lodge. 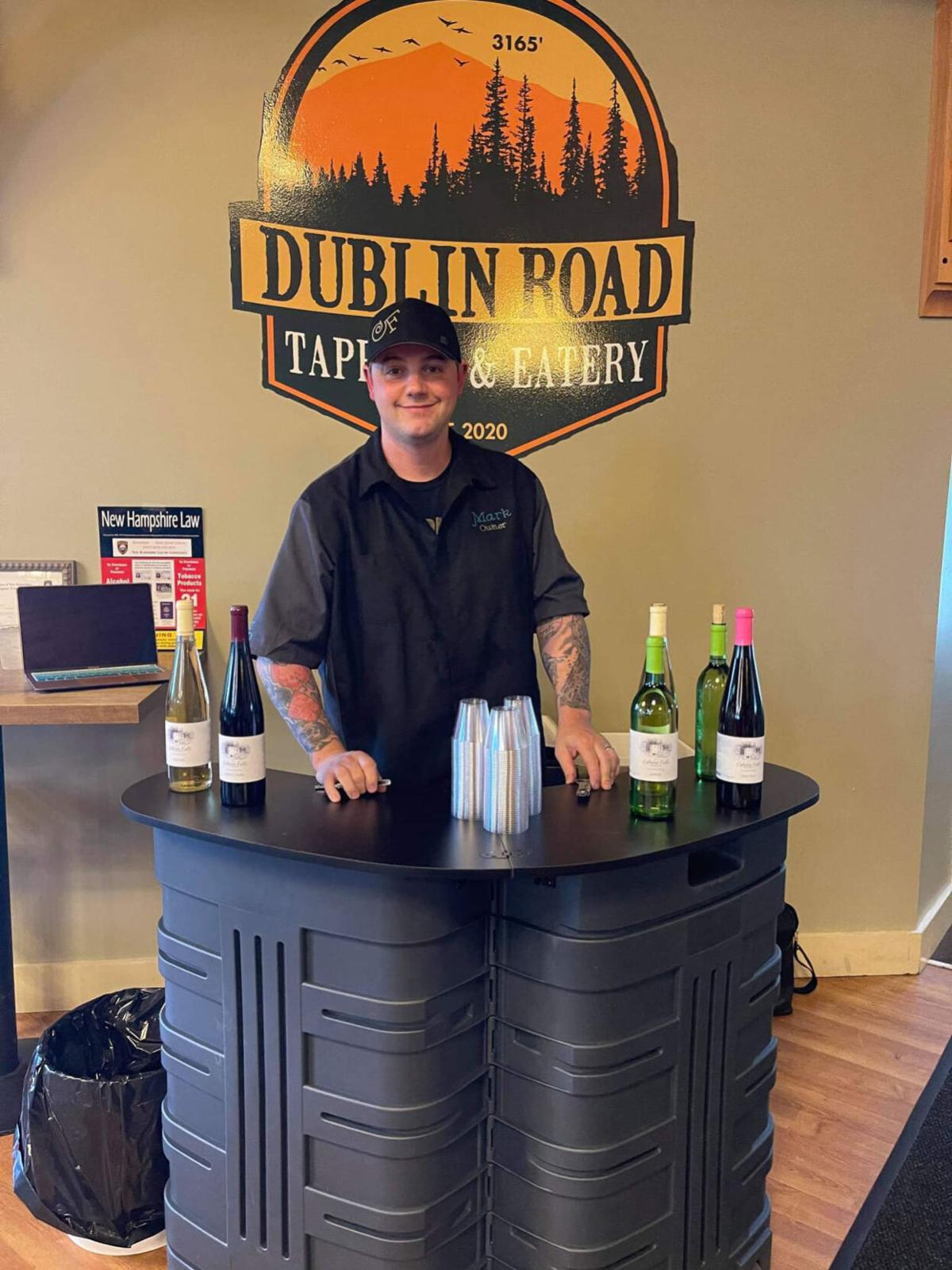 “It’s very sweet. It’s an immature wine, so it’s very sweet, not dry,” Alyson Lefebvre said of the wine she and her husband, Carroll "Mark" Lefebvre, offer through Cabana Falls Winery. The logo on these bottles was done by Owen Lodge.

PETERBOROUGH — What began as a hobby in late 2019 has grown into a retail business for Alyson and Carroll “Mark” Lefebvre, owners of Cabana Falls Winery, which opened last week in Peterborough.

The shop opened last Friday in the Strand Building at 174 Concord St. The couple began making wine in their garage in December 2019, not long after they moved to a house on Cabana Drive, Alyson Lefebvre said. The more they made, the more friends came over to try the wine, which Lefebvre said isn’t your typical vino.

“It’s very sweet. It’s an immature wine, so it’s very sweet, not dry,” she said, adding that Cabana Falls also makes two dry wines to appeal to a wider audience. But with varieties like Just Peachy, Raspberry Chocolate and Fall Harvest — a cranberry-flavored wine with cloves, cinnamon, allspice and orange peel — Cabana Falls aims to be “the Ben and Jerry’s of wine,” Lefebvre said.

“These are not wines for the normal wine drinkers,” she said. “... Even if you don’t like wine, come and try it because I promise you it’s not the same as a dry, dry wine.”

The winery also has a rotation of seasonal varieties, Lefebvre added, like Fruit Salad and Granny’s Pie, the latter of which will be available in a month or two and “tastes exactly like a Granny Smith apple pie,” Lefebvre said.

In addition to the wines — which the Lefebvres make in six-gallon batches in their two-car garage — the store also sells a variety of locally made products like homemade candles, goat milk lotion, hand-knit scarves and blankets and snacks to pair with the wines.

Right now, Alyson Lefebvre said, Cabana Falls is working to ramp up its production and partnering with several local restaurants and stores to carry their wines.

“Further down the road, we would like to have a wine and charcuterie restaurant in Peterborough,” she added.