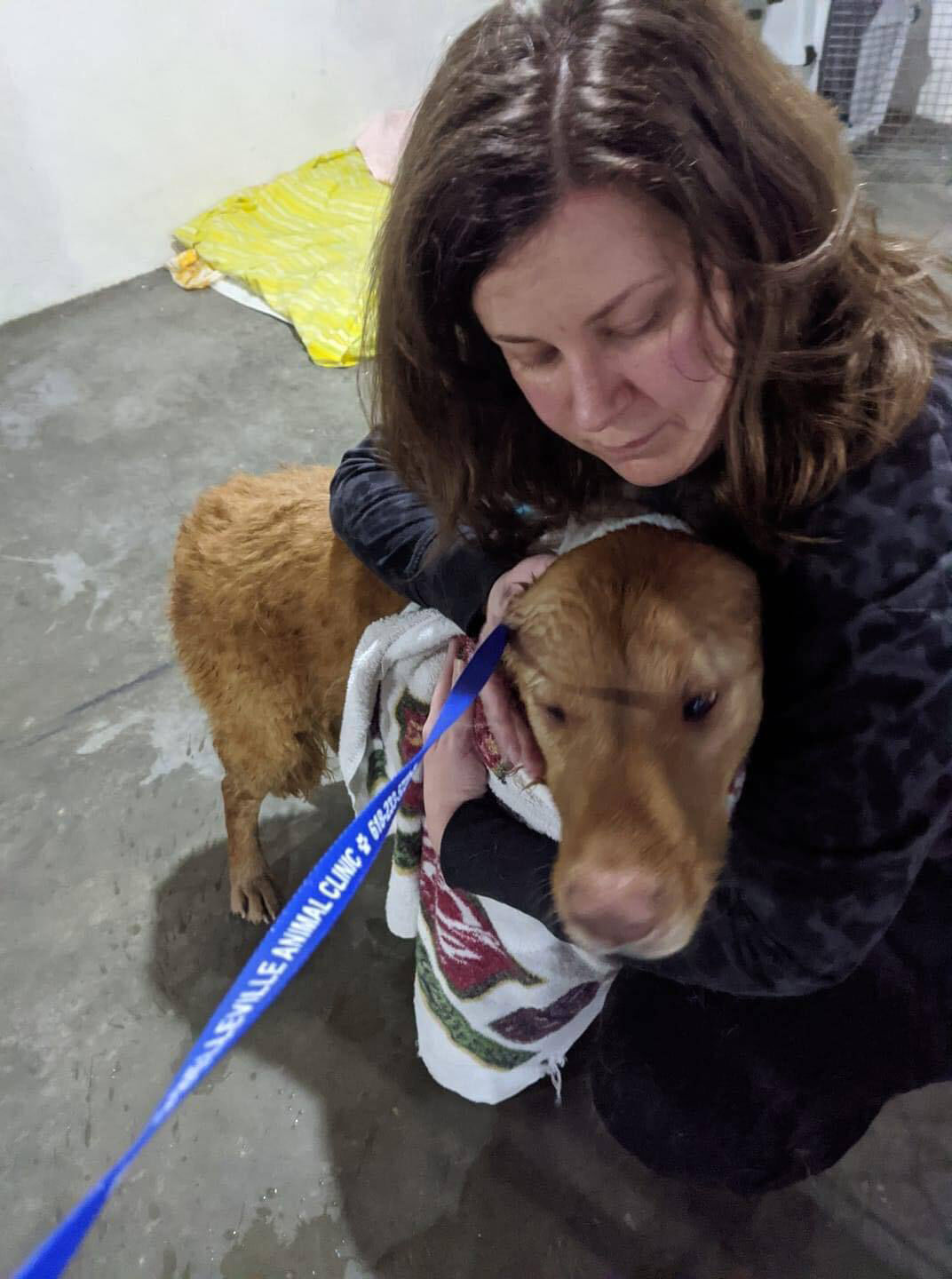 After nearly a year, Peterborough native Kate Olson was reunited with her dog, Walter, in Missouri last week. 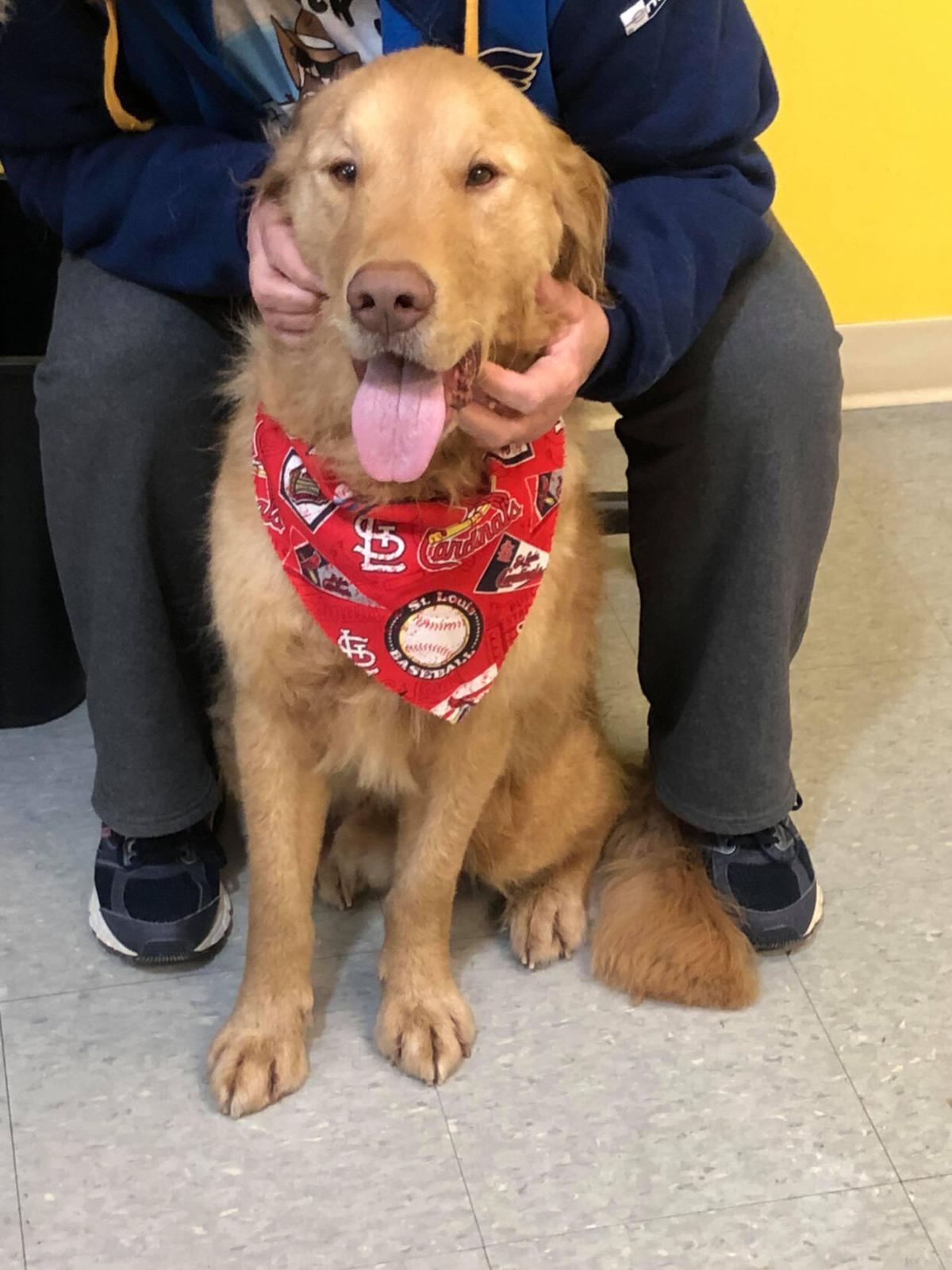 After going missing for nearly a year, Walter had a long overdue grooming.

After nearly a year, Peterborough native Kate Olson was reunited with her dog, Walter, in Missouri last week.

After going missing for nearly a year, Walter had a long overdue grooming.

It started as a normal trip.

A few days before Thanksgiving last year, Peterborough native Kate Olson went to Arnold, Mo., with her boyfriend, Curtis Chastain, to spend the holiday with his family. The couple went to visit friends one night and left their two dogs, Walter and Fox, with his parents.

When Chastain’s stepfather took Walter for a walk that night, the 3-year-old golden retriever, Labrador and Bernese mountain dog mix slipped out of his collar and ran.

“We were all out looking, and people in the neighborhood were helping us, walking in the woods with flashlights, but we didn’t find him,” said Olson, 32, who works at European Esthetics in Peterborough and now lives in Somersworth.

She and Chastain extended their trip another two weeks trying to find Walter but had no luck.

“I just wanted to stay,” she said. “I just felt complete heartache, emptiness and frustration.”

But Olson said she never lost hope, and after a year of searching, Walter was found in Missouri on Friday.

An Illinois-based dog rescue organization, Lost Paws Trapping, actively searched for Walter while Olson was back in New Hampshire after one of its volunteers saw his flier on Facebook, according to CEO and President Gay Arnold.

“Walter was just one that kept tugging at us. We wanted to find him so bad,” she said. “It got to the point where I just wanted to know if he was alive.”

The rescue group searched for Walter longer than any other dog it has ultimately found, Arnold noted.

With several livestream cameras set up around the area where Walter was last seen, Arnold said that, finally, last week a dog was spotted that matched his description. When they got a clear shot of the dog and determined it was Walter, Arnold said she called Olson, who got on the first flight out.

The rescue set up a camera and trap with food, while volunteers and Olson watched the live feed from their separate cars Friday. Once Walter was inside the trap, Olson said they made their way to him slowly.

“Walter was going mad barking,” Olson said. “I was told to walk slowly toward him and talk to him, and he stopped barking. He was still really freaked out, but I let him smell me ... and then he started getting excited, and eventually, when I felt safe enough to put my hand in the trap, he gave me paw.”

Walter is in nearly perfect health, as Olson said he maintained a good weight and “doesn’t have a scratch on him.” It’s thought he found a safe space in the woods with a water and food supply, she noted.

Olson and Walter were still in Missouri to give him a few days to decompress, with plans to head back to New Hampshire on Wednesday. To help offset the costs of his travel home, veterinarian bills and building a fence at home to make sure he doesn’t run away again, a GoFundMe page has been started for Olson.

And once home, Walter won’t just be reunited with his other human, Chastain. His brother Fox, a six-year-old golden retriever, will also be “so happy,” according to Olson, who said he has been “lost” without him.

And for Olson, the feeling is mutual.