PETERBOROUGH — Residents voted narrowly Tuesday to strip the planning board of its authority to amend certain developmental regulations on an ad-hoc basis, approving a petition that nearly 60 people signed earlier this year.

The 852-817 vote was among the closest margins at Peterborough’s town meeting, which was conducted entirely by ballot voting at the Community Center on Elm Street.

Voters also approved a $15.8 million municipal budget for Fiscal Year 2022 and, in local elections held Tuesday, tapped Bill Kennedy for a three-year term on the selectboard. 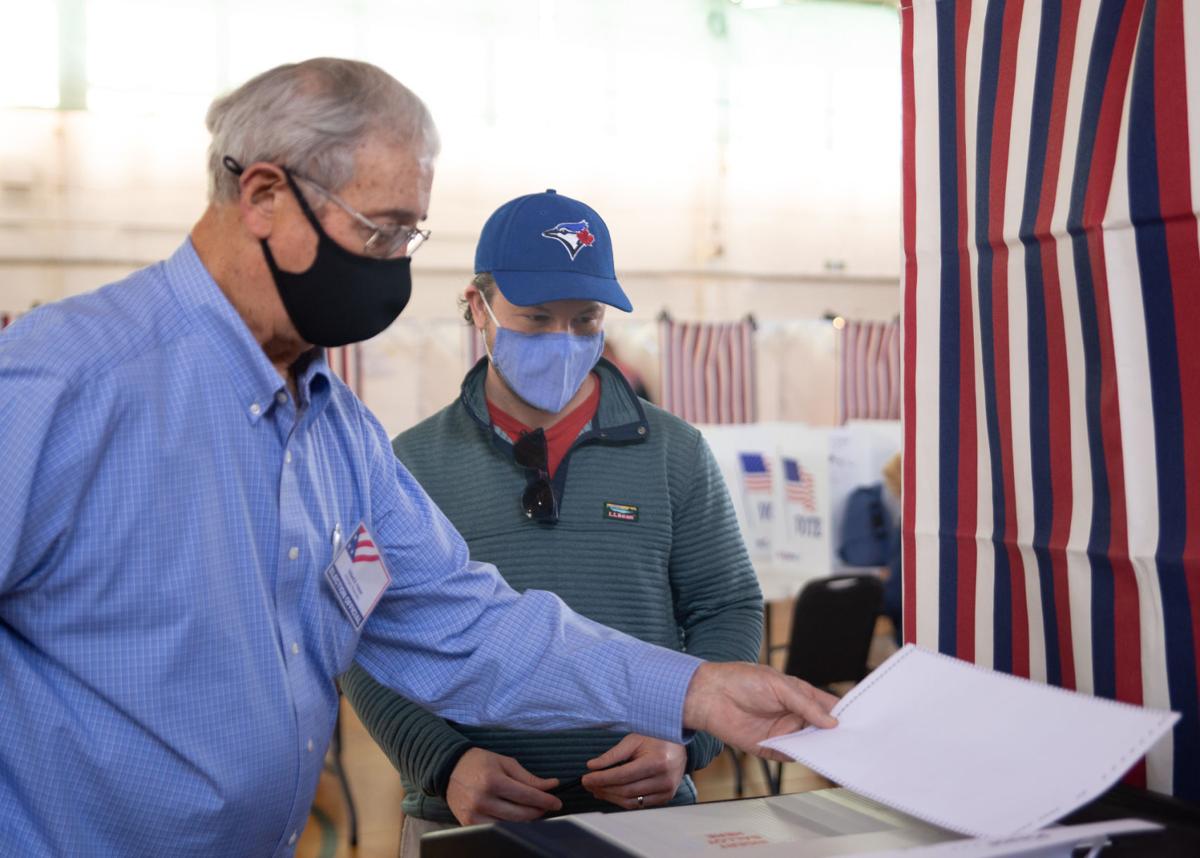 Michael New turns in his ballot to election official Roland Patten while voting at the Community Center in Peterborough on Tuesday. 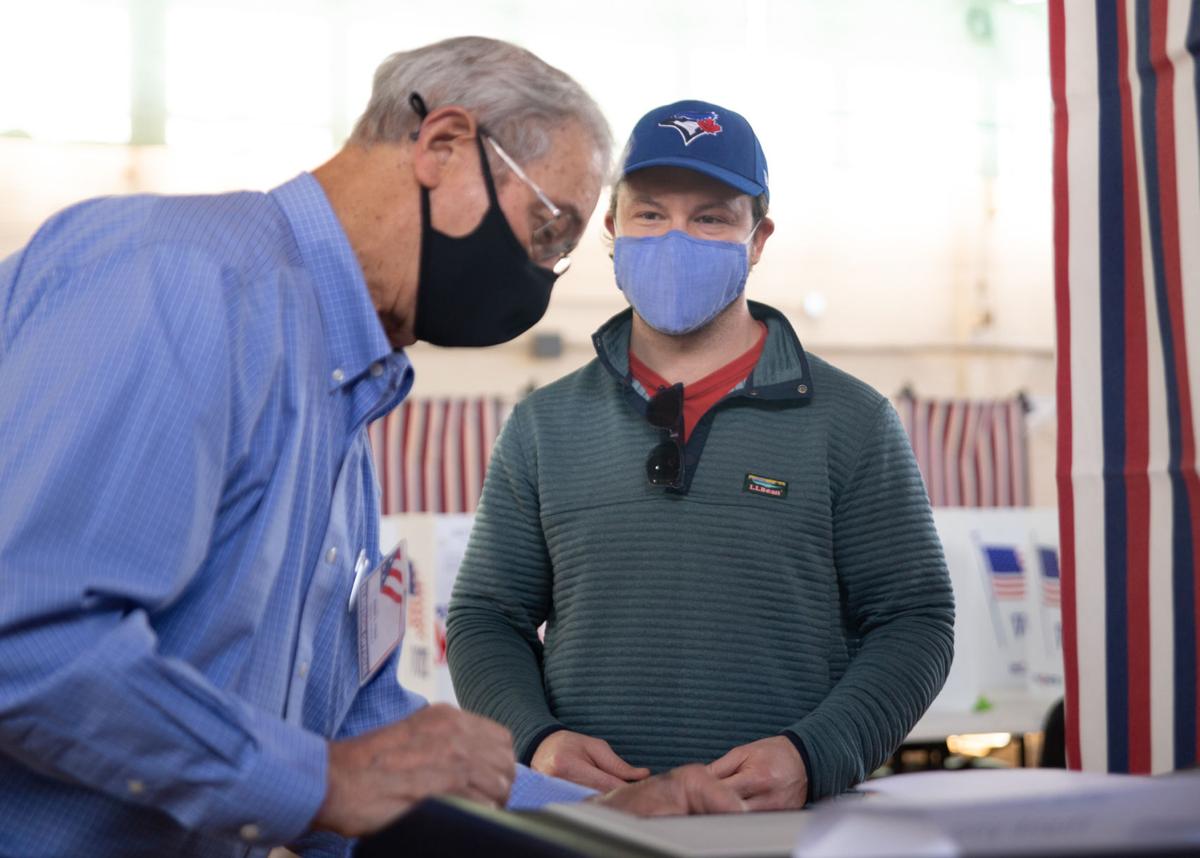 Election official Roland Patten helps Michael New with the jammed machine while submitting his ballot at the Community Center in Peterborough on Tuesday. 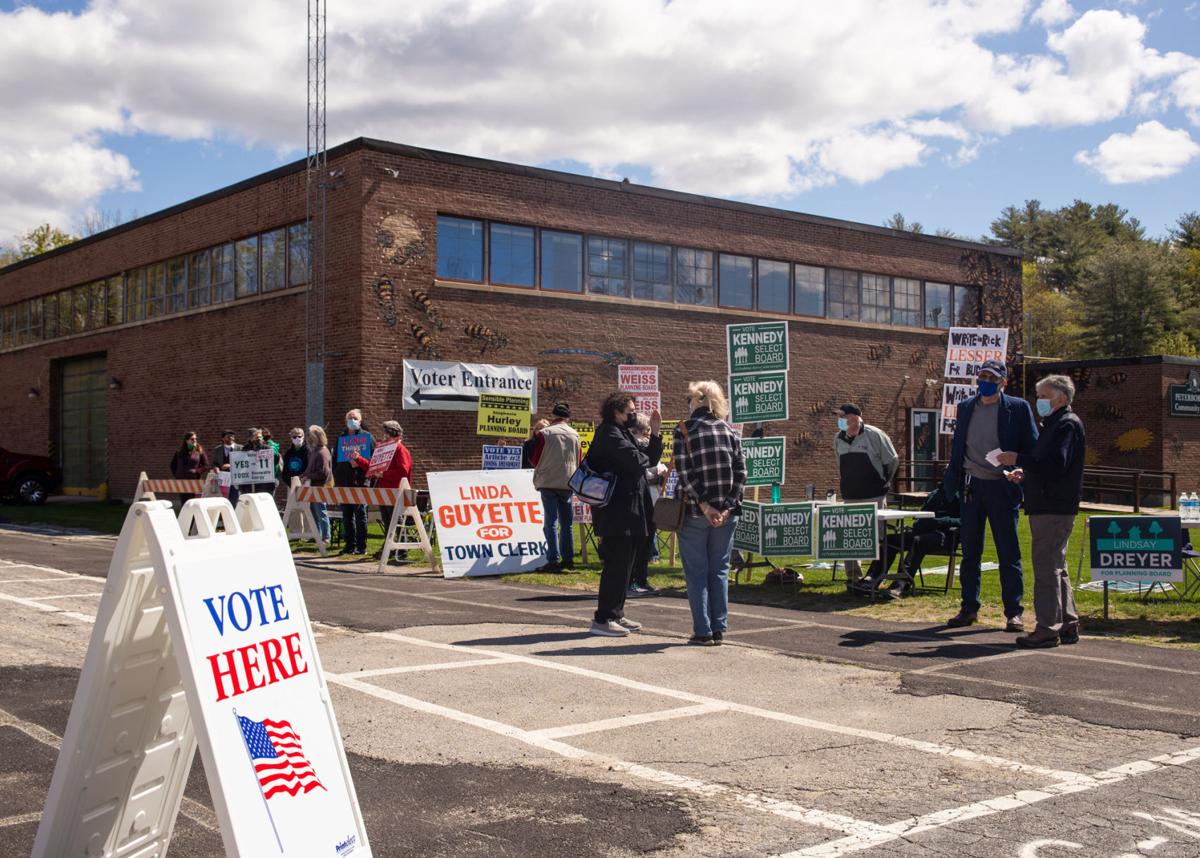 Peterborough residents hold up signs to advocate for issues and candidates for town office on Tuesday at the Community Center. 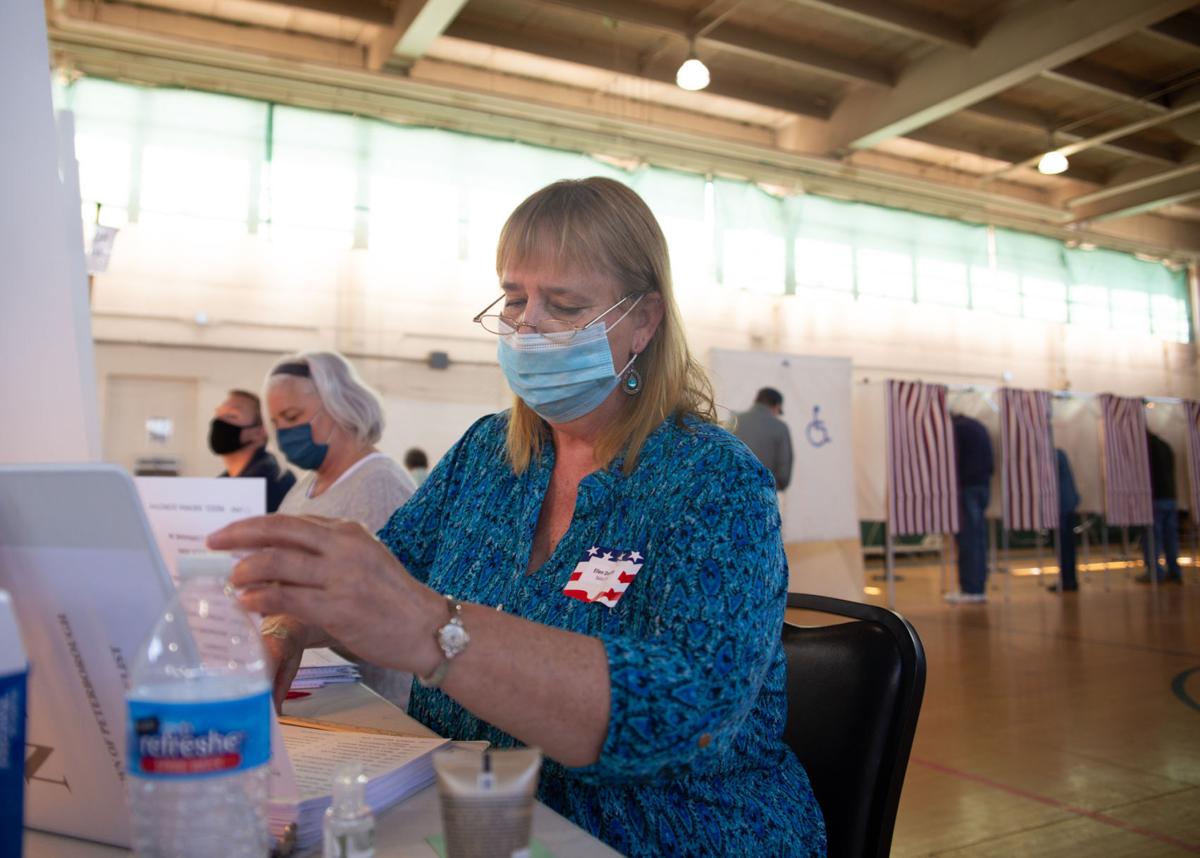 Poll worker Ellen Doughty checks the voting list while assisting voters at the Community Center in Peterborough on Tuesday.

At the polls in Peterborough

Michael New turns in his ballot to election official Roland Patten while voting at the Community Center in Peterborough on Tuesday.

Election official Roland Patten helps Michael New with the jammed machine while submitting his ballot at the Community Center in Peterborough on Tuesday.

Peterborough residents hold up signs to advocate for issues and candidates for town office on Tuesday at the Community Center.

Poll worker Ellen Doughty checks the voting list while assisting voters at the Community Center in Peterborough on Tuesday.

With the zoning amendment’s passage, the planning board can no longer change regulations on so-called Open Space Residential Development (OSRD) projects on a case-by-case basis without a formal petition from the developer.

Under Peterborough’s zoning ordinance, OSRD regulations control the size of residential lots and housing density and also authorize density bonuses — adding more units than is automatically allowed — if a proposal meets certain criteria. The ordinance had allowed the planning board to modify those requirements “as deemed reasonable.”

Supporters of the amendment argued, however, that stripping the board of that authority would encourage a more democratic review process, promote consistency in town regulations and improve public trust in elected officials. Several of the petitioners — many of whom live near the former Walden Eco-Village — said they hoped to check a plan to build more housing on that site, though the zoning change will not affect that project unless the owner submits a new application, Town Planner Danica Melone told The Sentinel previously.

Planning board members had voted against recommending the amendment, saying the existing ordinance offers land-use flexibility and urging the proposal’s supporters to consider its long-term effects, rather than its potential impact on the Eco-Village development plan.

Kate Coon, 69, said she felt the proposal was “like removing tools from the tool-kit of the planning board.” Noting that the petitioners seemed concerned about the Eco-Village redevelopment plan, Coon said giving the board flexibility would help it preserve open space at that site.

“I think they think the planning board can kill this project, without really understanding that [by right], it can be built,” she said. “So if it can be built, why not try to actually make it better?”

Michael New, 38, also voted against the zoning amendment, arguing that the planning board should have broad authority to encourage residential development.

“I think given the housing shortage in New Hampshire, especially for affordable housing ... we need some new ways of thinking about this, and there needs to be a little bit more wiggle room,” he said.

At a March 29 planning board hearing, however, Mike Tompkins, who lives on Middle Hancock Road near the Eco-Village, said limiting the planning board’s authority would promote trust in local government and that people were not aware of the board’s regulatory power.

“I would wager that almost everybody didn’t realize that one sentence was buried there in the ordinance,” he said.

Peterborough residents easily passed the $15.8 million budget proposal and a host of other warrant articles Tuesday, including a measure that will appropriate $262,288 to extend high-speed Internet to every residence. The town will recover the full cost of that project via broadband user fees.

Voters also approved a non-binding article to commit Peterborough to a town-wide goal of 100 percent reliance on renewable sources of electricity by 2030 and renewable sources for all other energy needs by 2050.

In the race to fill an open selectboard seat — which sparked controversy because a former candidate, Karen Hatcher, is also a part-time town employee — Kennedy defeated Richard Clark III, 859-548. Hatcher, who withdrew from the race Sunday over a town ethics policy, earned 146 votes.

Town Clerk Linda Guyette won re-election with 1,004 votes, easily besting challengers Eddie Gomez II (564) and Brendan Bohl (202). Stephanie Hurley and Sarah Steinberg Heller prevailed in a six-way contest for a pair of three-year terms on the planning board. Hurley won 808 votes, while Heller prevailed by the slimmest of margins, defeating runner-up Blair Weiss 502-501. Others in that race were Lisa Stone (407), Christopher J. DiLoreto (317) and Lindsay Dreyer (350).

Loretta R. Laurenitis and Donald Selby each won three-year terms on the zoning board of adjustment, receiving 1,016 and 854 votes, respectively, to beat Christopher J. DiLoreto (627). And Michelle Rourke prevailed over Andrew Osterman and Zoe Wroten-Heinzmann in a close race for a two-year seat on the recreation committee, earning 513 votes to their 471 and 436, respectively.

Correction: Donald Selby was elected to a three-year term on the zoning board of adjustment. This was previously incorrect.