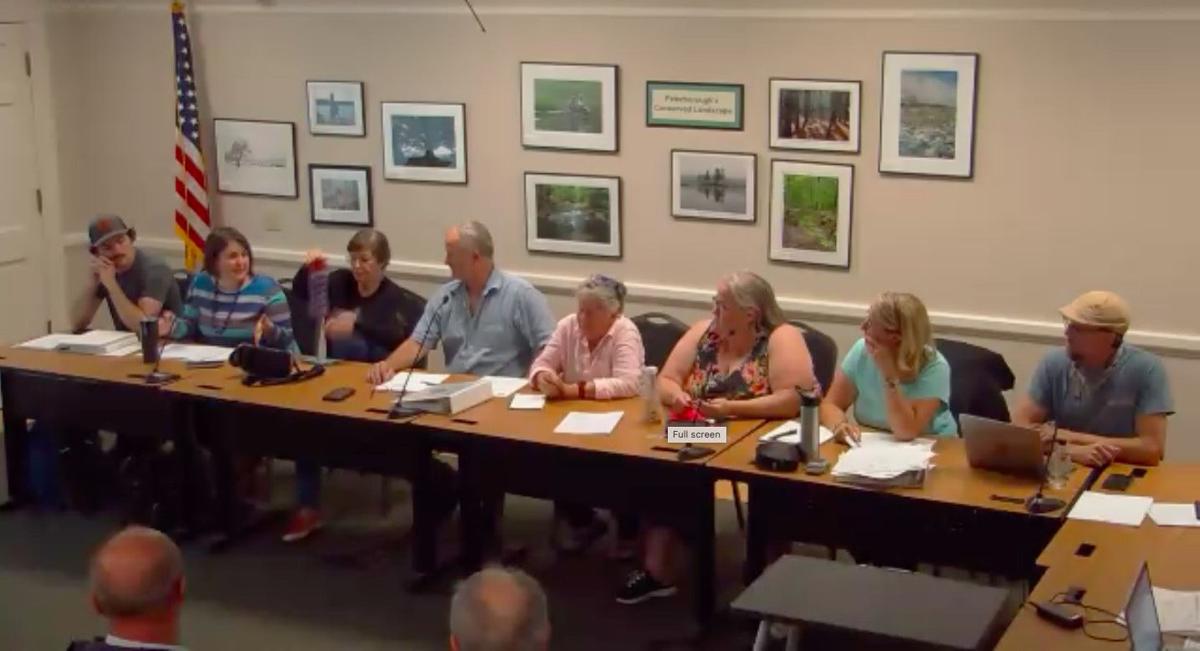 Peterborough Planning Board alternate member Lindsay Dreyer, second from left, speaks to her colleagues Monday night as the board considered a proposal to create 20 homes at the former Walden Eco-Village off Middle Hancock Road. 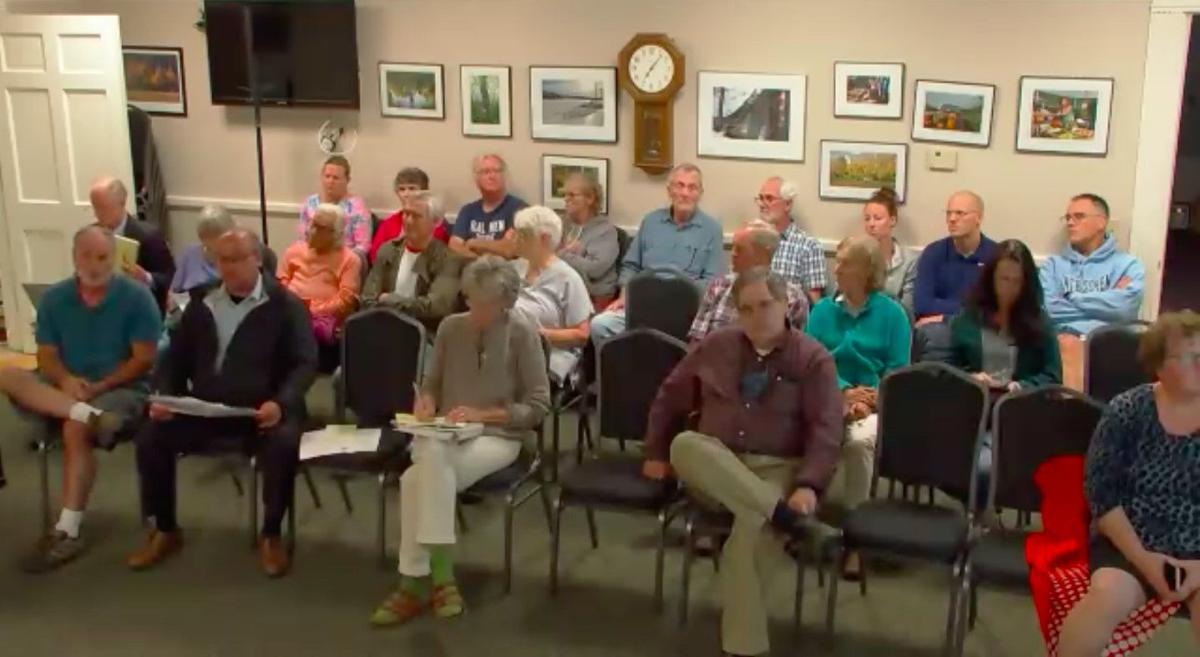 Peterborough Planning Board alternate member Lindsay Dreyer, second from left, speaks to her colleagues Monday night as the board considered a proposal to create 20 homes at the former Walden Eco-Village off Middle Hancock Road.

PETERBOROUGH — The planning board has again postponed its decision on a proposal to create 20 homes at the former Walden Eco-Village, off Middle Hancock Road.

After a lengthy hearing Monday night at Peterborough’s Town House and also broadcast live, board members voted to hold a site walk of the 52-acre property later this month and also to get more details on the development’s potential hydrology and wetlands impact.

That decision followed testimony from a number of nearby residents opposed to the project, which calls for 20 lots each measuring a quarter acre while keeping space at the site available for public hiking trails and agricultural uses.

“I imagine you all know the benefits [of OSRD rules],” he said. “… It’s to incentivize these developments over traditional developments that take up all the land and all the space.”

The board voiced some concern with the plan to create quarter-acre lots, however, which would be smaller than the minimum lot size allowed by Peterborough’s OSRD regulations. Under a now-defunct provision that residents overturned in May, board members could adjust those requirements “as deemed reasonable.” (That clause still applies to the Eco-Village redevelopment plan because it was proposed before the recent zoning amendment.)

Board member Stephanie Hurley said she wants to respect residents’ opposition to that extra board discretion, though, and that she feels lots measuring three-quarters of an acre — which Garland has proposed as an alternative — would still preserve open space at the site.

Sarah Steinberg Heller and Vice Chairwoman Ivy Vann backed the plan for quarter-acre lots, with Steinberg Heller requesting a “concrete description” of Garland’s agricultural plans for the site that could, under zoning rules, let him build more than the 16 homes allowed by right. (Peterborough’s zoning ordinance offers density bonuses to developers who preserve hiking trails, forests and agricultural uses of their property.)

Several residents who live near the former Eco-Village site told board members Monday that they’re opposed to the redevelopment project.

Stergios Lazos said he knew about the Eco-Village — which housed 25 people when town officials closed it late last year — when he moved to Well School Road two years ago. Lazos added, however, that he doesn’t want more people to move to that property.

“I purchased this house because it’s rural,” he said. “We’re creating a suburb in a rural area.”

Mark Fernald, an attorney representing seven Middle Hancock Road residents, asked the planning board to consider more information on the new development, including its impact on local traffic, and also to respect voters’ decision to strip the board’s authority to allow quarter-acre lots on the site.

“There’s a lot of facts I think you still need to make some of those discretionary decisions,” he said.

In addition to planning a site walk of the property, board members also requested an independent hydrology report as well as a wetlands study of the area.

Monday’s meeting marked nearly one year since Garland proposed redeveloping the Eco-Village. Those plans prompted a town inspection of the site last December, during which officials reported finding unapproved utilities connections and residences unapproved for permanent use, prompting them to force residents to leave the community later that month.

Several former Eco-Village tenants have filed a class-action lawsuit against Garland, accusing him of breaching their leases and violating state law by having failed to secure proper permitting for the site.

In May, a Hillsborough County Superior Court judge awarded nearly $6,000 in damages to four of the tenants — conditional on their winning the case — to compensate for lost wages and moving expenses stemming from their Eco-Village ouster.

Steven J. Dutton, a Manchester attorney representing Garland, said shortly after the ruling that while it isn’t a “final judgment,” it indicates “the plaintiffs have established a reasonable likelihood of prevailing.” The case remains open, with the next hearing scheduled for October.