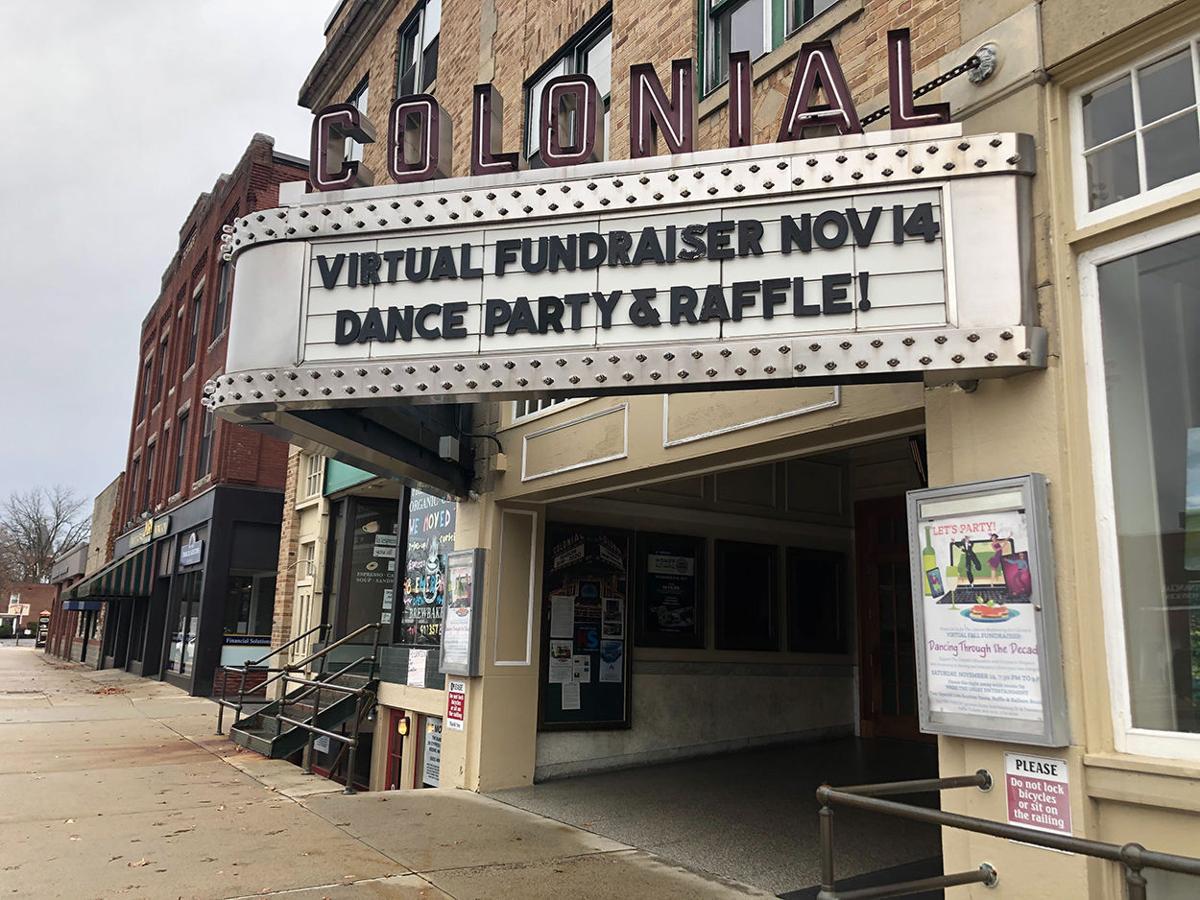 The Colonial in Keene is one of two local theaters to receive grants from a recent round of CARES Act disbursements by the state. 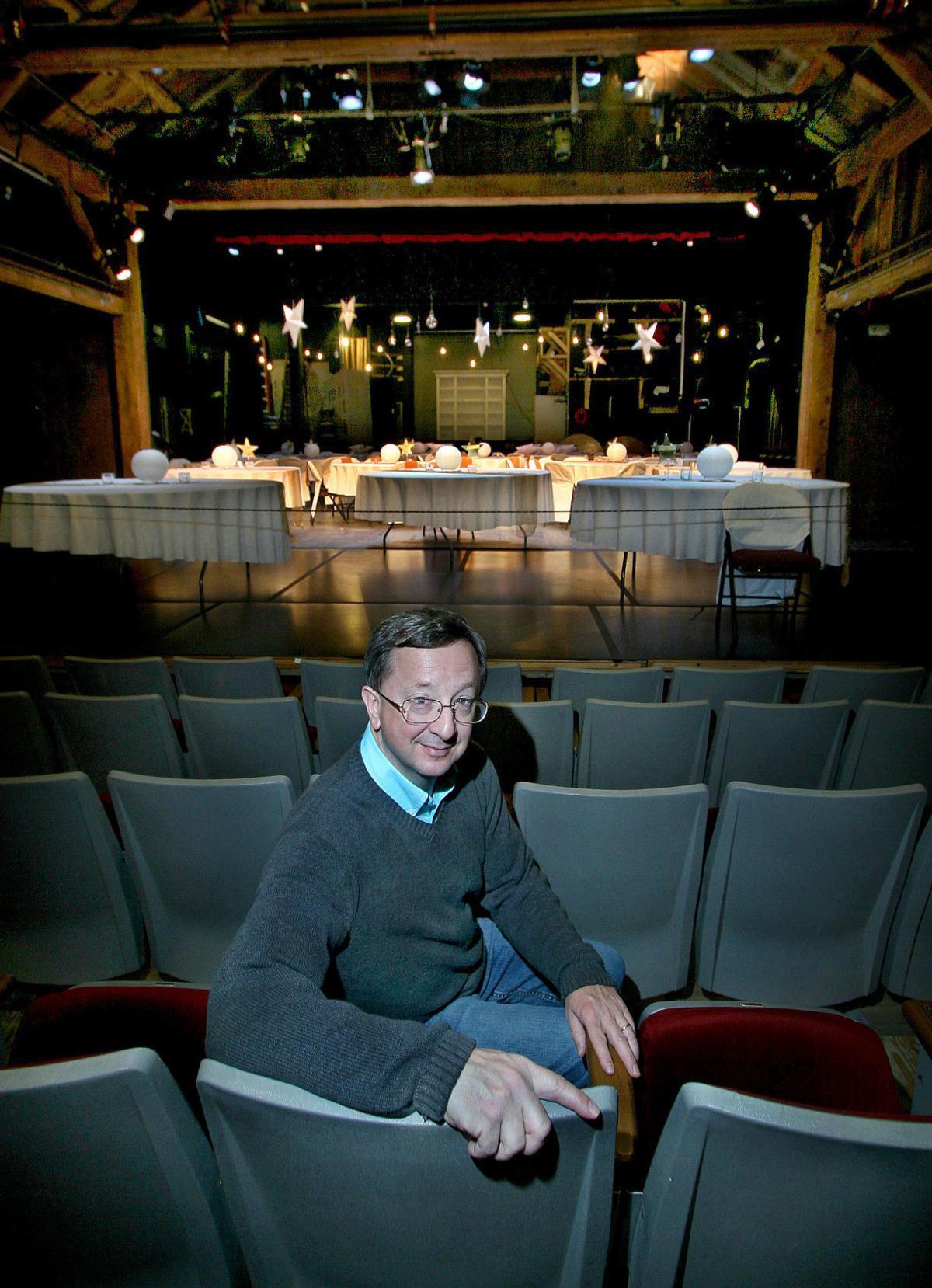 Managing Director Keith Stevens sits in the Peterborough Players theater in this 2017 photo.

The Colonial in Keene is one of two local theaters to receive grants from a recent round of CARES Act disbursements by the state.

Managing Director Keith Stevens sits in the Peterborough Players theater in this 2017 photo.

Two performance venues in the Monadnock Region were recently awarded grants from a $12 million state program, which their directors say will help cover expenses while the organizations are closed due to the COVID-19 pandemic.

The Peterborough Players and the Colonial Performing Arts Center in Keene are among the 38 venues statewide that will receive aid through the Live Venue Relief Program. The program draws on New Hampshire’s federal CARES Act funds to support performance venues that have lost revenue during the pandemic due to a lack of events and limited audience capacities.

“That CARES Act money has been absolutely essential,” said Keith Stevens, the Players’ managing director. “We are incredibly grateful for it. It’s how we’re going to be able to come back.”

The Governor’s Office for Emergency Relief and Recovery announced the recipients Nov. 5.

The Peterborough Players, a nonprofit group that stages plays during the summer and started a winter season in 2016-17, will receive $169,503 from the program. The Colonial will receive $152,956.

Stevens said the theater canceled its summer program this year — to help prevent the transmission of COVID-19 — for just the sixth time since it opened in 1933. Three of the other years were during World War II, he added. This year’s winter season has also been canceled.

In the summer, the Players traditionally hosts seven productions at its 250-seat theater in a converted 18th-century barn at Stearns Farm in Peterborough.

Stevens explained that it has lost more than $500,000 in expected revenue this year, primarily from ticket sales, as a result of canceling its summer program.

“That has been a large gap to make up,” he said.

Through a combination of public grants and private donations, however, the theater has been able to pay staff salaries, maintain its facilities and prepare for an eventual reopening, according to Stevens.

The Players has received funds from multiple other programs allocating CARES Act funds. In August, it was awarded nearly $21,000 from the state’s Nonprofit Emergency Relief Fund and $7,500 from the N.H. State Council on the Arts. Stevens said the theater also received a loan from the federal Paycheck Protection Program.

“These funds are absolutely essential for us to just maintain [its operations] and then prepare to reopen in 2021,” he said of the Live Venue Relief Program grant. “But we also still need the contributed support that we’ve been getting … in order to be in a position to come back and come back well.”

Stevens said that most of the funding the Players has received this year has come from individual donors and private foundations.

The theater has “every intention” of producing plays next year, and its staff is watching a number of factors, including the recent surge of COVID-19 infections in New Hampshire and the possible development of a vaccine, as they develop a reopening plan, he said. That will include improving the venue’s ventilation system, among other new safety features.

Stevens added that it is important for the Players to have a financial cushion when the organization resumes its operations so it can afford to develop plays.

The Colonial, which hosts live music, theatrical shows and other performances, earned $150,000 from the state’s Nonprofit Emergency Relief Fund and $7,500 from the N.H. State Council on the Arts this summer. Like the Players, the Colonial also received a Paycheck Protection Program loan, according to its executive director, Alec Doyle.

Going into the year, the theater had planned to end its season in April and begin construction on a smaller, adjacent venue called Showroom.

Doyle said that the Colonial, which typically grosses more than $2 million annually, planned to open for an abbreviated season from October 2020 to March 2021, since the winter months are more lucrative. It would have then closed for construction on its main venue before reopening for another shortened season the following year, he said.

When it became clear the pandemic would prevent the organization from drawing its typical earnings, even in an abbreviated season, it scrapped that plan for an uninterrupted construction project on both venues that Doyle expects to be completed in December 2021. He called the pandemic’s financial toll on the theater “pretty catastrophic.”

Along with other public funding and private contributions, the Colonial will commit the Live Venue Relief Program grant to staff salaries and upkeep on its Main Street building, including utilities and insurance, according to Doyle. (The construction projects are financed by a capital campaign, he said.)

“We’ve been sort of piecing it together as we go,” he said. “It’s been pretty white-knuckle time often because you don’t know, past the next month or two, how you’re going to keep afloat.”

Doyle expressed appreciation to the state for the latest round of support. He added, however, that many venues are looking nervously to 2021, which they expect will be just as financially destructive for at least six months.

“All of this [aid] is really in support of lost revenue from 2020,” he said. “… The question will be, how do we get through that time period?”