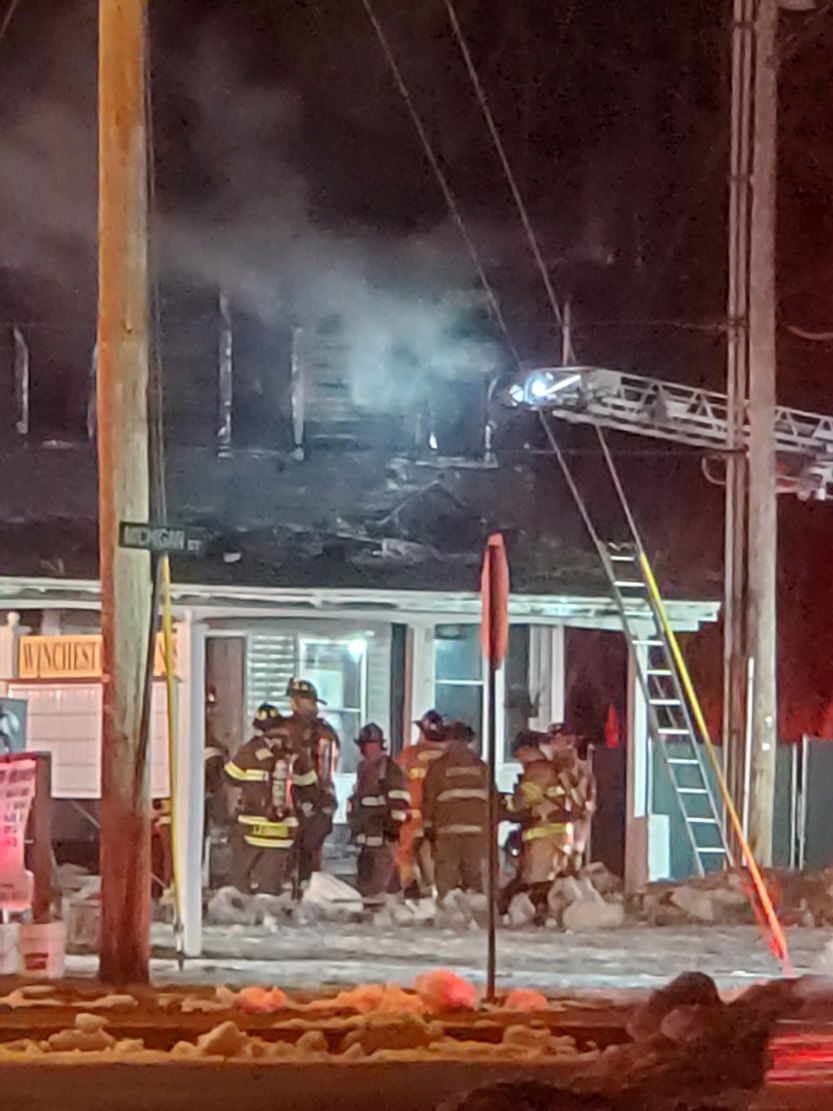 Firefighters battle a blaze at an apartment building on Route 10 in Winchester early Wednesday morning. 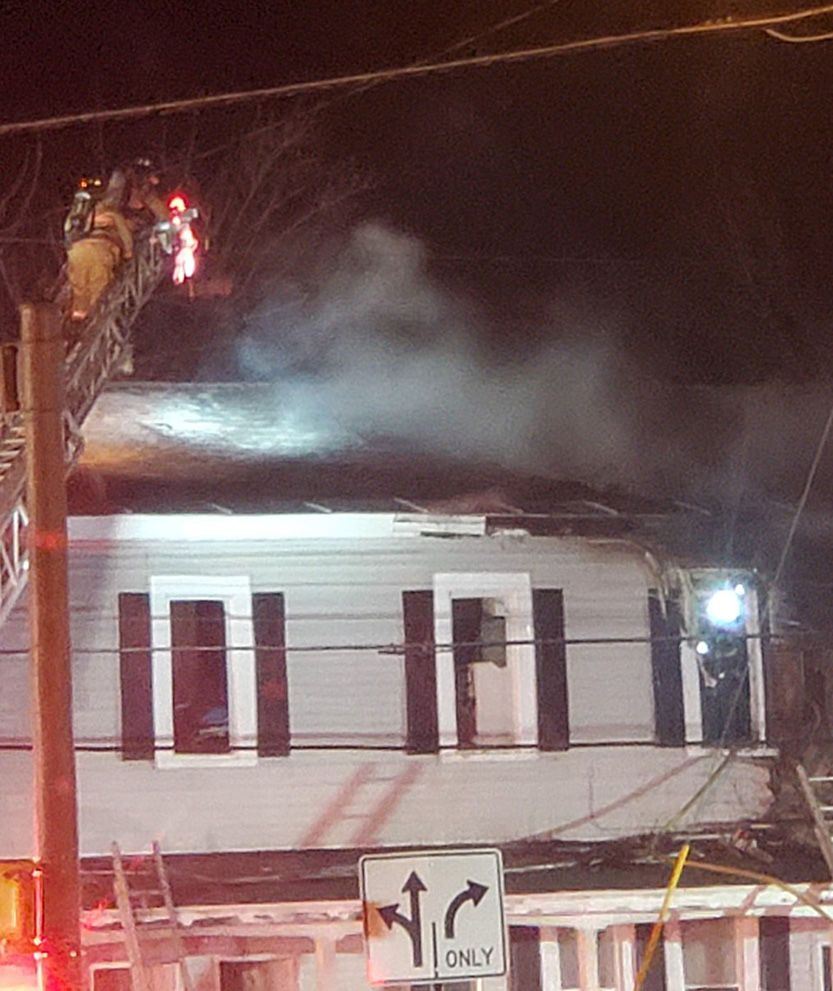 Firefighters battle a blaze at an apartment building on Route 10 in Winchester early Wednesday morning.

WINCHESTER — No one was injured in an early morning fire Wednesday that damaged multiple units of an apartment building at 18 Keene Road (Route 10), officials said.

Winchester firefighters responded to the blaze shortly after 3:30 a.m., Chief Barry Kellom said. The fire started in a second-floor apartment at the north end of the building, he said, and six of the 11 units sustained some fire or water damage.

“It started on the second floor and basically went into the attic-space area and spread probably another two apartments over,” Kellom said. “So all the fire damage is to the second floor.”

The Red Cross also responded to the scene to assist residents displaced by the fire, Kellom said. About 25 people live in the building, he said.

Kay-Lee Geno, 27, has lived in the apartment building for almost four years. She said a neighbor woke up her and her two daughters, ages 8 and 17 months, around 3:30 a.m. Wednesday and helped them get outside safely.

The experience was “pretty shocking and scary at first,” Geno said. But, she added, she was grateful that no people or pets were harmed in the blaze.

“Everybody made it out alive, even all the cats,” she said. “Now, my concern is just where [my neighbors] are going to go. We’ve got half a building of families out of their apartments now.”

Geno said her apartment is at the opposite end of the building from the fire and sustained only minor smoke damage. She hopes to be able to move back in soon.

The cause of the fire remains under investigation, Kellom said. The State Fire Marshal was en route to the scene by 8 a.m. Wednesday to begin the investigation, he added.

Multiple roads in the area were closed early Wednesday while firefighters battled the blaze, but by 9 a.m. only one section of Keene Road, between the intersection of Mechanic Street and Route 119, remained closed, Kellom said.

Along with the Winchester Fire Department, firefighters from Swanzey, Hinsdale, Richmond and Northfield, Mass., responded to the scene Wednesday morning.

Center Church, across the street from the apartment building, is collecting items for families affected by the fire, Pastor Jeremy Miller said in a video on the church’s Facebook page. Anyone wishing to donate can email centerchurchnh@gmail.com.