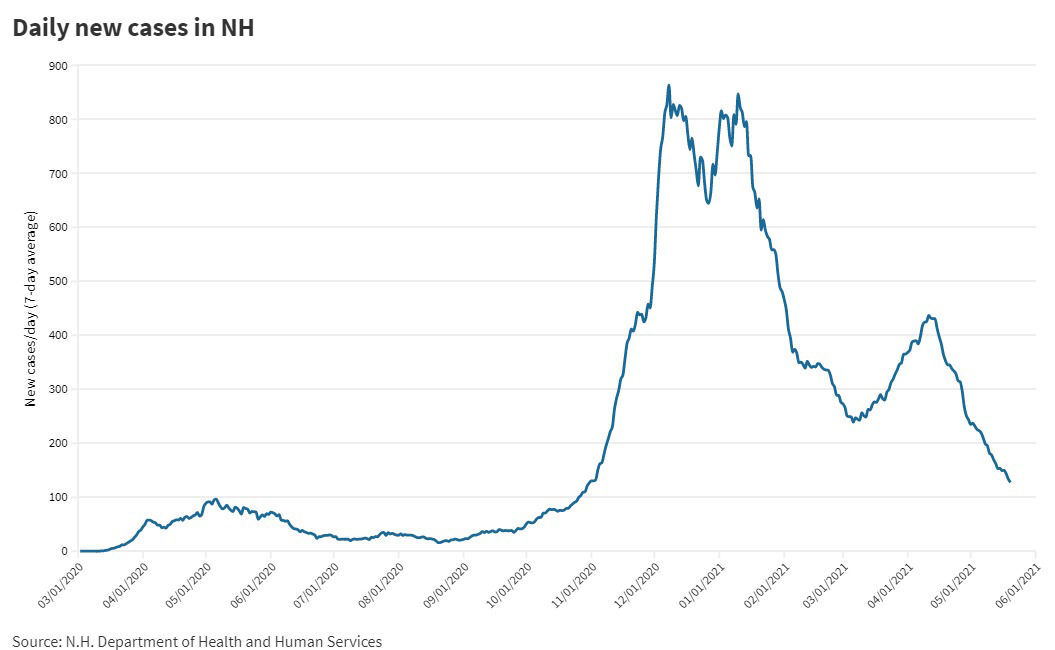 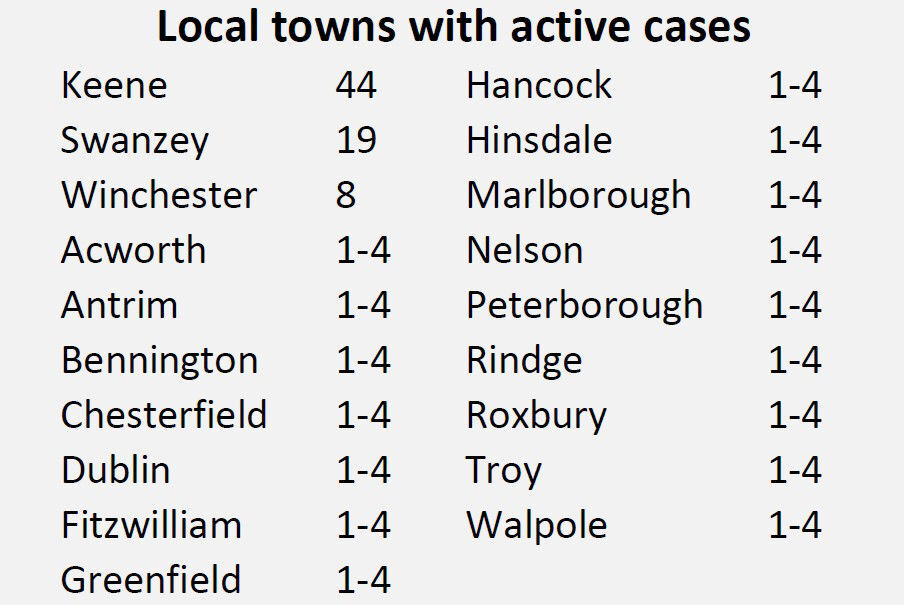 New COVID-19 cases have continued to fall in New Hampshire since last week, with the seven-day average dropping by about 20 percent.

As of Friday, the state was averaging about 128 new cases per day, down from 162 a week earlier and more than 400 in mid-April.

The N.H. Department of Health and Human Services has announced seven COVID-related deaths in the past week, one involving a person under 60. None were Cheshire County residents.

Cases have now been declining for more than a month, after a spike earlier this spring. That spike, in turn, came after cases fell dramatically from mid-January to early March following the massive winter surge.

According to the CDC, 75 percent of New Hampshire adults and 98 percent of seniors have received at least one dose.

Vaccines are now available to anyone age 12 or older. Appointments in New Hampshire can be made by visiting vaccines.nh.gov or calling 211. State-run vaccination sites are also accepting a limited number of walk-ins daily between 3 p.m. and 6 p.m.

As of Friday, New Hampshire’s seven-day average for test positivity was 2.7 percent. The state had 1,047 known active cases — 86 of them in Cheshire County. Keene had 44, down from 70 this time last week.

More than 98,000 Granite Staters have tested positive for COVID-19 since the pandemic began, and 1,341 deaths related to the disease have been confirmed.