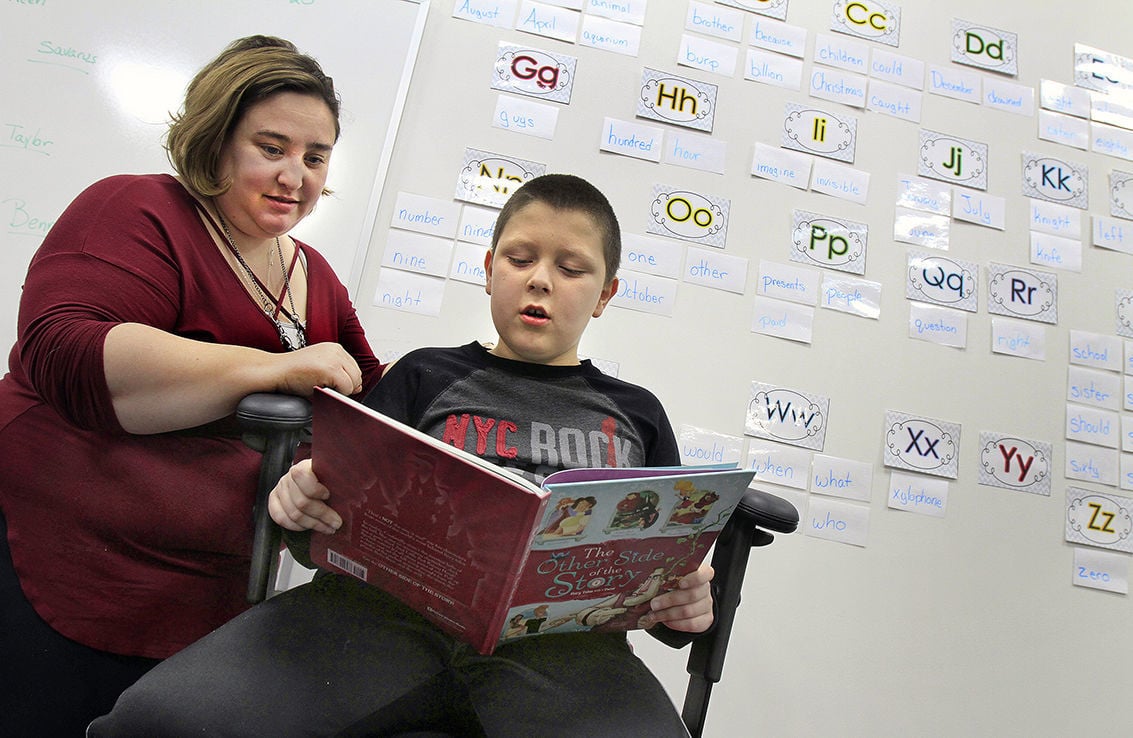 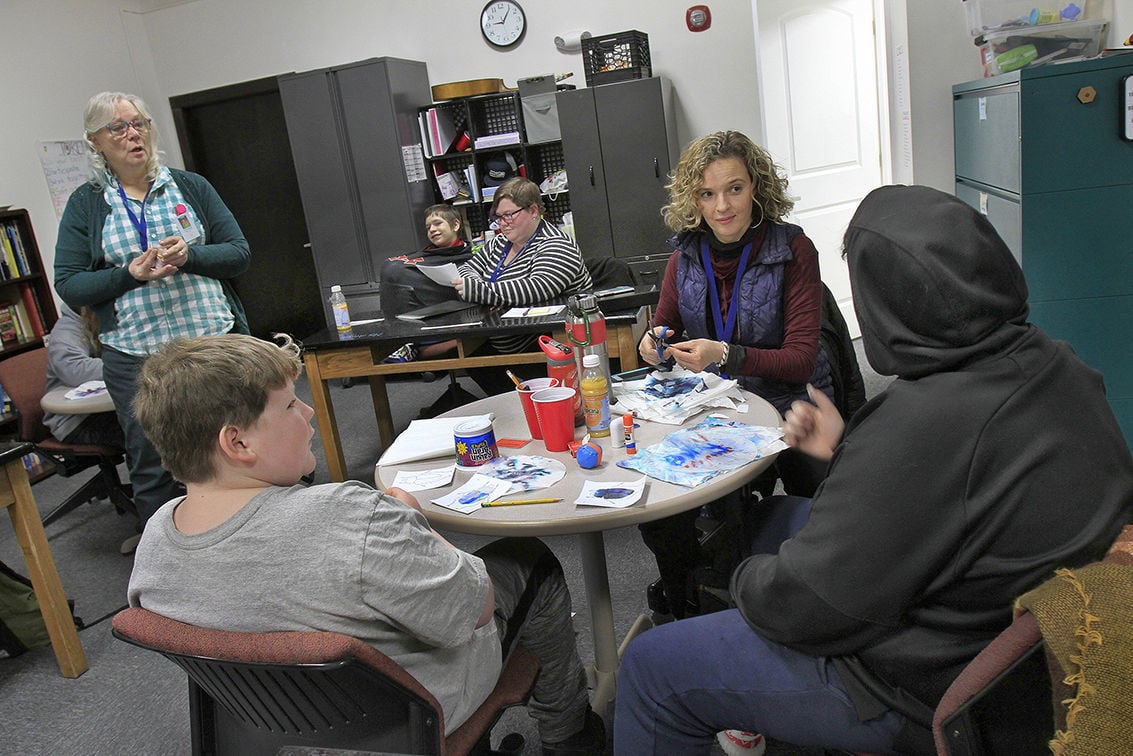 Students and teachers at the Ashuelot Valley Academy work on learning about Egypt at the school Friday morning.

Students and teachers at the Ashuelot Valley Academy work on learning about Egypt at the school Friday morning.

Ashuelot Valley Academy settled in at 31 Washington St. in October, according to Superintendent John Fulp. He’s also the director of development for Mount Prospect Academy, the umbrella under which the new Keene school opened. Plymouth-based Mount Prospect is run by the Becket Family of Services, a nonprofit behavioral health firm.

Over the years, as the Washington Park Residences were in development nearby, the former middle school building was pitched as the future home of an entertainment hub called The Spot, to include a nightclub, a 200-seat restaurant and a performance venue.

But plans never seemed to move past the conceptual phase, and there were mixed messages over the status of any such project. Last May, Tony Marcotte, a senior project manager with the company that developed the apartment complex, wrote in an email that The Spot hadn’t proceeded with a lease. He wasn’t reachable for comment this morning.

One of The Spot’s owners, Robert D. Gaskill Jr., however, wrote in a message to a reporter this morning that he’s waiting on the next round of funding and the project will be moving forward soon.

“We have all of our ducks in a row so to speak,” he wrote.

He wasn’t available at the time to answer further questions.

As for the school, Mount Prospect Academy’s website says it specializes in “working with difficult-to-serve youth who have not succeeded, academically or behaviorally, in a more traditional academic setting.” The nonprofit organization has nine other residential and academic facilities across New Hampshire, according to its website, and two in Massachusetts.

But the southwest corner of the Granite State was lacking adequate services for children with behavioral and mental health needs, Fulp said, and some school district representatives had reached out with their concerns.

“We really seek to educate and treat the whole child, and really individualizing an experience for those kids so they can have a full life,” he said.

Accepting 5th- through 12th-graders, Ashuelot Valley offers a full education curriculum with small class sizes and additional supports, Fulp said, such as a staff counselor who informs the school’s therapeutic practices. There are about 20 students enrolled now, he said, with room for approximately 10 more.

As for the building, Fulp said he was elated to discover the inside was a blank canvas.

“We worked with developers to pick out a space and design it specifically with our kids in mind,” he said.

The academy uses about 7,000 square feet and created spacious classrooms that each have their own bathroom. The organization looked at best practices learned from other facilities when remodeling the Washington Street building, even taking acoustics into account to reduce echo, which can help children who are sensitive to sounds.

Fulp said he hopes to plan an open house for the public within the next couple of months.

This article has been edited to correct the school's phone number.