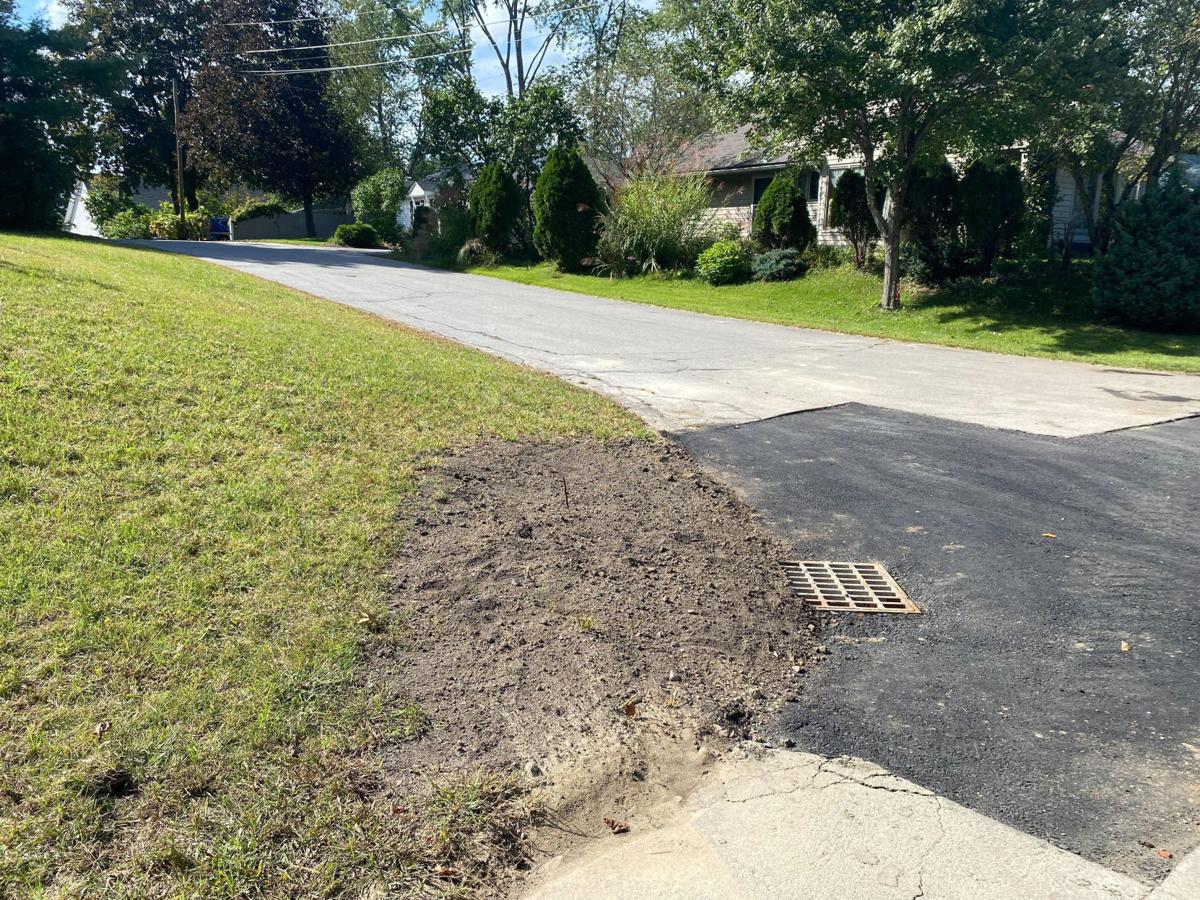 This drainage basin, shown where Ingalls Street levels off at Barrett Avenue in Keene, is one of two the city recently installed to help reduce flooding in the area. 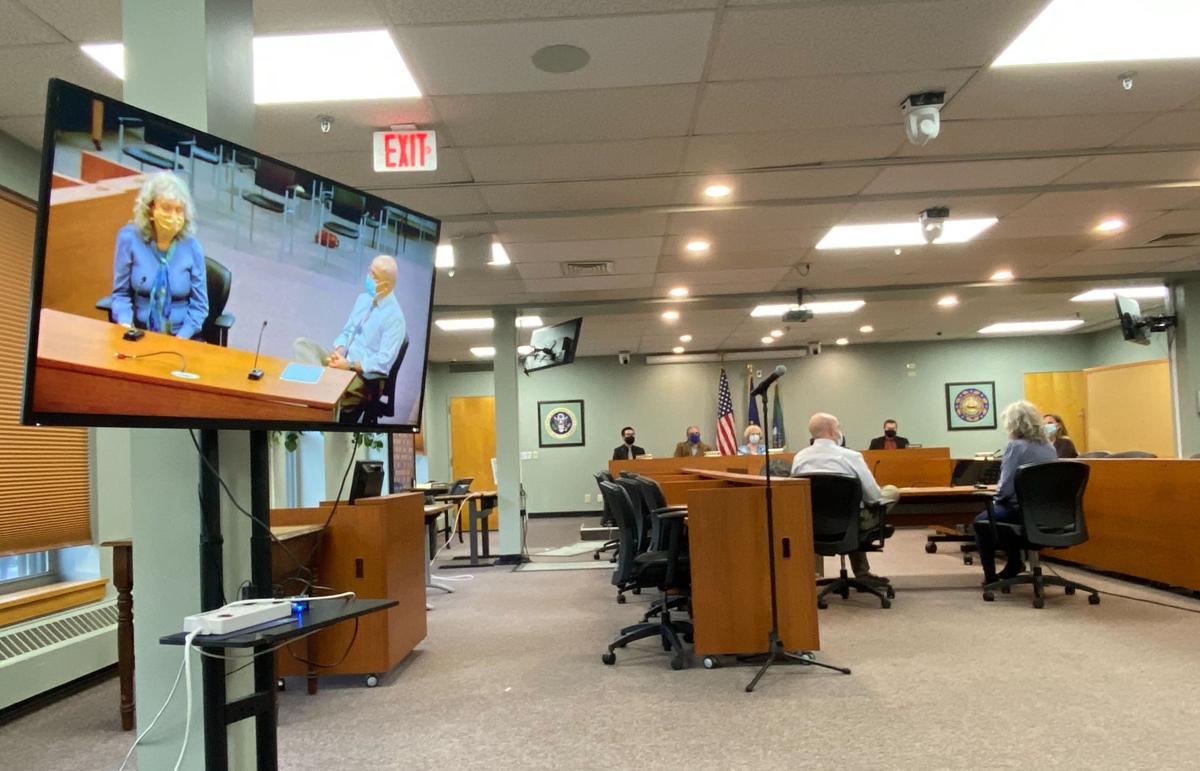 This drainage basin, shown where Ingalls Street levels off at Barrett Avenue in Keene, is one of two the city recently installed to help reduce flooding in the area.

In July, when several Keene neighborhoods were flooded during that month’s storms, Skye Stephenson spent several nights working to keep water from pouring into her Barrett Avenue home.

In the 12 years she’s owned the home, Stephenson, who is married to Cheshire County Commissioner Terry Clark, said flooding has always been a concern to some extent, but over the past couple of years, the issue has intensified. After more than a year of neighbors trying to work with the city to address the issue, Barrett Avenue has a new pair of drainage basins that the city and residents hope will alleviate the problem.

City staff say the lack of drainage infrastructure is not unique to the Barrett Avenue area. Basins like the ones installed there are one tool to address flooding problems across Keene.

Stephenson’s home sits right at the bottom of Ingalls Street, which slopes down before leveling off at Barrett Avenue, north of Route 9. A year or so ago, Stephenson said, she and her neighbors became concerned about more frequent flooding events and reached out to Keene public works staff to see what could be done.

“We’re going to have ... more rain,” she said. “With climate change, this neighborhood’s really low, we needed to do something.” In the winter, she added, the intersection becomes like an ice rink and that “it’s just a hill with no drainage at all.”

On Wednesday, the City Council’s Municipal Services, Facilities and Infrastructure Committee heard an update on what has been done to improve drainage in the neighborhood. City Engineer Don Lussier said the issue stems from the fact that there was no street drainage planned when the road was originally constructed in the 1950s.

Stephenson said she later found out that her lot was initially slated for drainage, but her house was built there instead. According to Lussier, the nearest drain is several hundred feet from the bottom of the hill.

When the city first heard from Stephenson and her neighbors in 2020, staff went out to the property and developed a plan to address the issue, according to Lussier. However, he said, public works staff lost track of the project, and it was forgotten.

“Somewhere along the way, it simply fell off our radar,” Lussier told the MSFI Committee after apologizing for the oversight. “That was mistake number one; the second mistake, I think, was in not communicating with the neighborhood.

“This summer, when they contacted us again to find out what’s happening, we were actually working on the issue and trying to plan out how to address it, but we never fed that back to them, so I understand where there would be concern that nothing was happening.”

Staff decided to abandon the original idea from 2020, which involved reshaping the street to build a roadside ditch. The plan that was ultimately carried out involved installing a pair of basins on the west side of Barrett Avenue, across from Stephenson’s house. Lussier told the committee Wednesday that the work was nearly complete.

The materials for the project were fairly inexpensive, Lussier said, costing between $2,000 and $3,000, which was part of the funding allocated under the city’s capital improvement program. He said the labor was performed by the city’s own workers and completed during regular hours.

However, he said that while the basins should alleviate some of the problems, they won’t fix everything.

“The two basins, combined with the stone envelope that’s around them, will be able to accommodate something between a five-year storm event and a 10-year storm event,” Lussier said. “If we get another 100-year storm, like we get twice a summer these days, I will admit and acknowledge that these basins will be overwhelmed, and water will run off into surrounding yards. But that said, they should take care of these routine storms.”

He added that it should also make a difference when it comes to water pooling in the road and freezing over in the winter.

Stephenson said that while she knows the basins won’t solve all the problems in her neighborhood, she’s happy with the work that’s been done. She wondered whether this solution would also be effective in other parts of Keene that struggle with flooding.

Clark, who previously served as a city councilor, also said he was pleased with the outcome and hoped such solutions could be applied in other areas of the city. He added that Keene has long been working to enhance existing infrastructure to handle heavier water loads, but said he would like to see more funding made available for flooding-mitigation projects.

“I continue to urge the finance committee to put even more emphasis on these priorities,” he said, “even if it is at the expense of police and fire department budgets.”

Lussier said there are indeed “several” areas around the city with similarly inadequate drainage.

“In some cases, the issue is not enough infrastructure,” Lussier said in an email Thursday morning. “For example, the neighborhood on the east side of Park Ave. is very flat, but the storm drains are as much as 500 feet apart and often only on one side of the street. This can lead to puddles forming where they shouldn’t. In other cases, the systems are simply undersized for the intensity of development and the types of storm events we’ve seen in recent years. We see this a lot in the areas east of Beaver Brook.”

He said improving stormwater drainage where the existing infrastructure doesn’t have enough capacity is something the city has been addressing as part of its capital improvement program, and that some work has already been done or is underway. Examples include ongoing work on Roxbury Street, as well as Winchester, Ralston, Sullivan and Rule streets. Next year, he said, the plan is to work on Carpenter Street.

When it comes to scenarios where drainage infrastructure doesn’t exist, the city takes a case-by-case approach, he said.

“Sometimes that means adding a basin in the middle of an existing pipe run or adding a basin to the other side of the street and connecting it into the existing system,” he said in his email. “This is sometimes done with our City highway crew (as it was in this case), or it may be done by contractors as part of other planned work (e.g., fixing drainage basins prior to paving).”