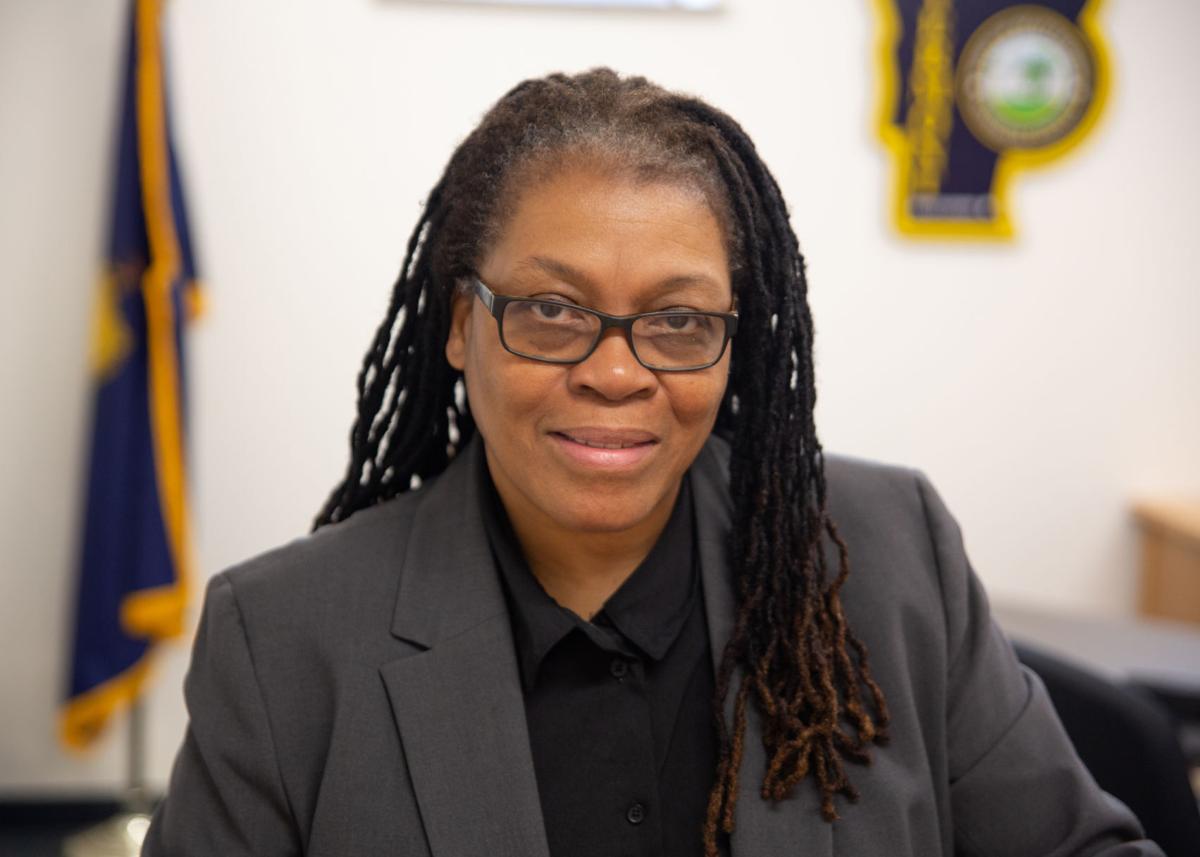 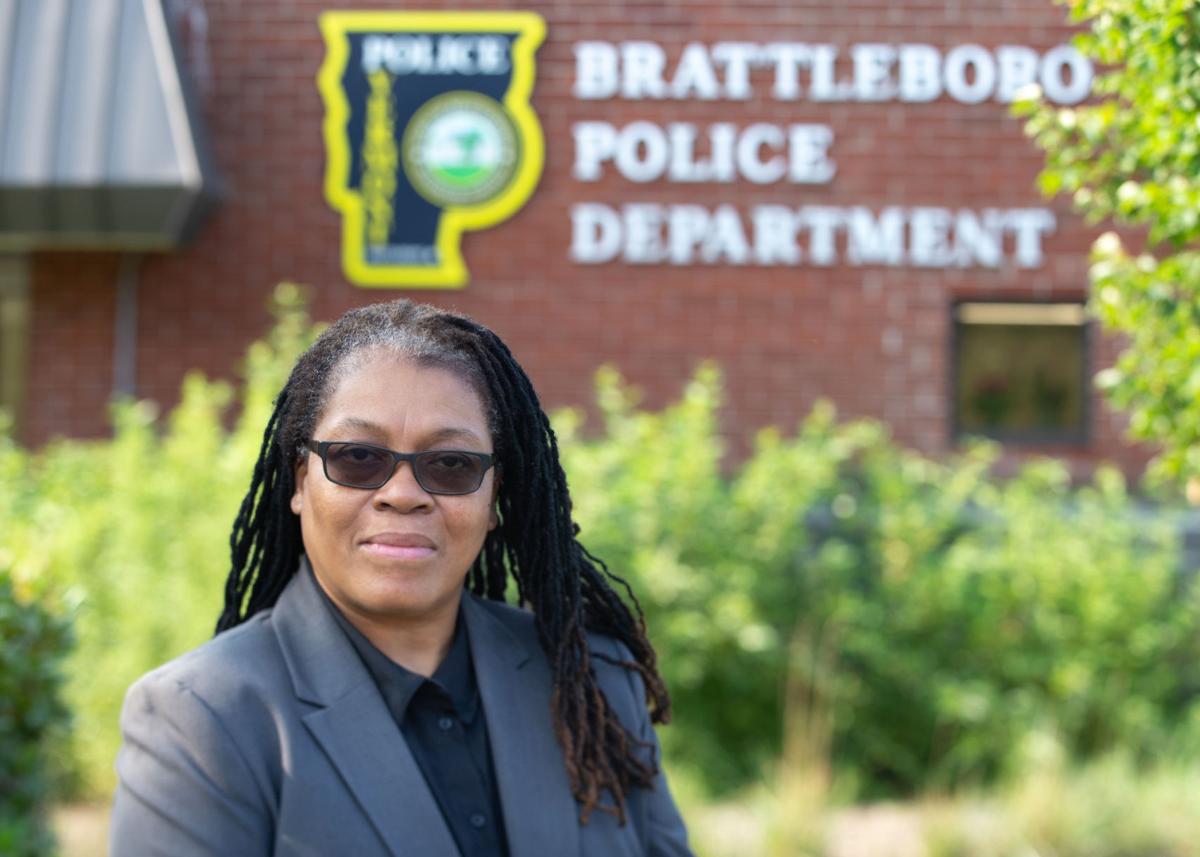 Brattleboro's new police chief, Norma Hardy, shown outside the station on Wednesday, started in the position at the end of July.

Brattleboro's new police chief, Norma Hardy, shown outside the station on Wednesday, started in the position at the end of July.

BRATTLEBORO — Norma Hardy has responded to terrorist attacks, overseen the safe flow of commerce and travel in the country’s largest metro area and even provided security for the Pope.

Hardy, 61, was named police chief last month after being selected from among nearly two dozen candidates to replace former Chief Michael Fitzgerald, who retired at the end of 2020. She formally joined the department July 28, becoming the first woman and the first Black person to ever serve in that role.

Seated at a long conference table in the Brattleboro police headquarters recently, Hardy acknowledged the historic nature of her hiring and said those identities have shaped her own interactions with police. That includes getting pulled over despite not having committed an infraction, even when she was a high-ranking officer.

“I do believe that I do bring a different perspective, absolutely,” she said.

Hardy, who left the Port Authority police in 2018, has called Brattleboro’s top job the “perfect opportunity” and said she knows the area from having vacationed in Vermont previously. She was chosen for the position after meeting with the selectboard, Town Manager Peter Elwell, town department heads and members of the police department, according to a news release announcing her hiring.

Still, the border town — population 12,184 — is a long way from the Bedford-Stuyvesant and Midwood neighborhoods of Brooklyn where she grew up.

After attending John Jay College of Criminal Justice at the City University of New York, Hardy joined the Army National Guard in the 1980s and served as an emergency medical technician in the city at the same time. That job, she said, meant often working alongside police as they responded to medical emergencies during the crack cocaine epidemic.

“It was really hard, some of the things I saw,” she said. “I wanted to be more helpful to people but also to be able to protect them better, especially from the drug dealers and everybody that was taking advantage of them. That kind of changed me over to my interest in law enforcement.”

So, in 1992, Hardy started as an officer with the Port Authority — an interstate agency that operates transportation hubs in the New York metro area as well as travel routes, like tunnels and bridges, that connect New York and New Jersey.

Assigned to the World Trade Center in Manhattan, Hardy had been on the job for four months when terrorists detonated a truck bomb in a parking garage under the facility. The incident was a “trial by fire,” she said, recalling that she spent the hours after the attack helping people escape the damaged complex.

“Having on that uniform, people are expecting you to know what to do,” she said. “I was terrified. But I relied on my training and also, I just felt that I was going to be OK.”

Hardy was still working at a World Trade Center bus terminal on Sept. 11.

She was at home in Brooklyn that morning when her mother called to report that a plane had hit the Twin Towers. Assuming it was an accidental crash, Hardy said she was putting on her uniform to join an emergency-response effort when the second plane flew into the towers.

Police, who had closed the tunnels into Manhattan, let her and other first responders through.

“When I got to the other side, it was pure chaos,” she said. “I ended up leaving my car at the mouth of the tunnel somewhere — I don’t even remember where — because the officers were telling me I couldn’t drive past that point.”

What started as a rescue mission — including, successfully, for a couple of her colleagues — eventually turned into a search for bodies, according to Hardy. The attacks reaffirmed her view of law enforcement as a “noble profession,” she said, and helped others see it the same way.

“I wanted to help my neighborhood,” she said. “That’s why I became a cop. And I wanted people to feel good about me coming to their aid.”

Hardy stayed at Port Authority until 2018, rising through its police ranks, including roles as a construction sergeant at the World Trade Center site — when she helped workers navigate the area safely and met with grieving families — and then as a lieutenant. She later commanded operations at the Holland and Lincoln tunnels before overseeing even more crossings as the agency’s northern zone commander, dealing with issues including traffic management, drug abuse and human trafficking.

In 2013, Hardy was promoted to chief of Port Authority Bridges, Tunnels and New Jersey Airports — the first woman to serve in that position.

Her responsibilities as chief included commanding at least 400 officers, she said. Brattleboro, by comparison, is authorized to have 27 officers and currently has only 17.

But Hardy, who was retired in Virginia when she took her new job, said she takes a community-oriented approach to policing regardless of the location, adding that she doesn’t have a “big-city mindset.”

“I made sure that the communities knew who we were and who I was,” she said of her time at Port Authority. “… It does make a big difference when you interact with the community that you’re serving.”

Among her top priorities in Brattleboro, Hardy said she wants to improve the department’s hiring and retention strategies, noting that other area towns are also struggling to fill their police ranks. She’s also considering ways to improve police relations with local residents, starting by meeting with community leaders and also introducing herself to people around town.

“That to me is where you should start, [with] a personal aspect of it,” she said. “If you’re saying words like ‘respect’ and ‘community’ and ‘public safety,’ then you should be out showing that yourself.”

Hardy acknowledged that rebuilding trust in police will be difficult, with public scrutiny having risen since a Minneapolis officer murdered George Floyd, who was Black, last year.

In a study published last summer that reviewed traffic-stop data in Vermont, two professors from the University of Vermont and Cornell University, respectively, and an independent data analyst found Brattleboro to be among “the worst” for disproportionately stopping and searching racial minorities.

Citing that data and public feedback, the authors of a recent town-sponsored report proposed substantial reforms, such as making an unarmed, non-police entity in charge of traffic safety; reducing the police department’s size; and withholding pensions from officers who commit excessive-force violations.

Hardy said earlier this month she was still reviewing the 224-page report and has been discussing the recommendations with its authors — a pair of Brattleboro residents, who were advised by a committee of nine people, mostly other residents — and town officials.

In general, she said police “should be involved where there’s an issue of public safety.” Pointing to homelessness and drug addiction, in particular, she said officers “may not need to be involved in every aspect of delivering those services” but said each situation requires a different response based on its particular details.

And with finding new officers already challenging, Hardy said she wants to make sure that any policy changes wouldn’t make that even more difficult — citing the pension-related proposal as something that could dissuade people from joining the force.

“Of course, openness is always going to be the way to go,” she said of the proposed reforms. “We need to sit down, and we need to review these things that have been put forth … That’s not even just to keep the community safe, but to make the community feel like someone’s listening. I don’t want to have that us-versus-them kind of relationship.”

Hardy, who described her communication style as straightforward and respectful, noted, however, that words only go so far.

“I know people are just waiting to see if I actually walk the walk. Because I’ve talked the talk numerous times.”

At a glance: Norma Hardy