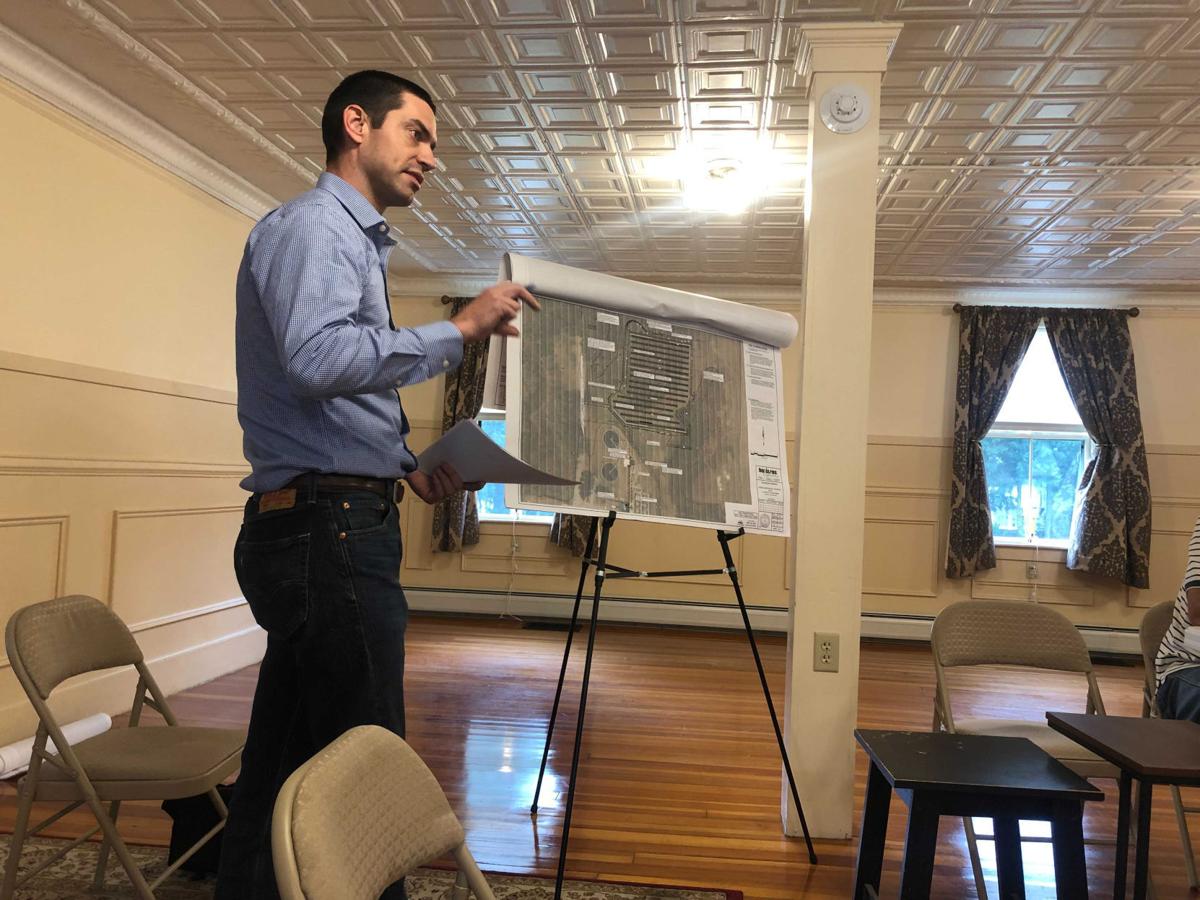 Drew MacDermott of Horizons Engineering presents plans Thursday to the Swanzey Planning Board for a 7-acre solar array that would supply power to Keene’s Wastewater Treatment Facility. 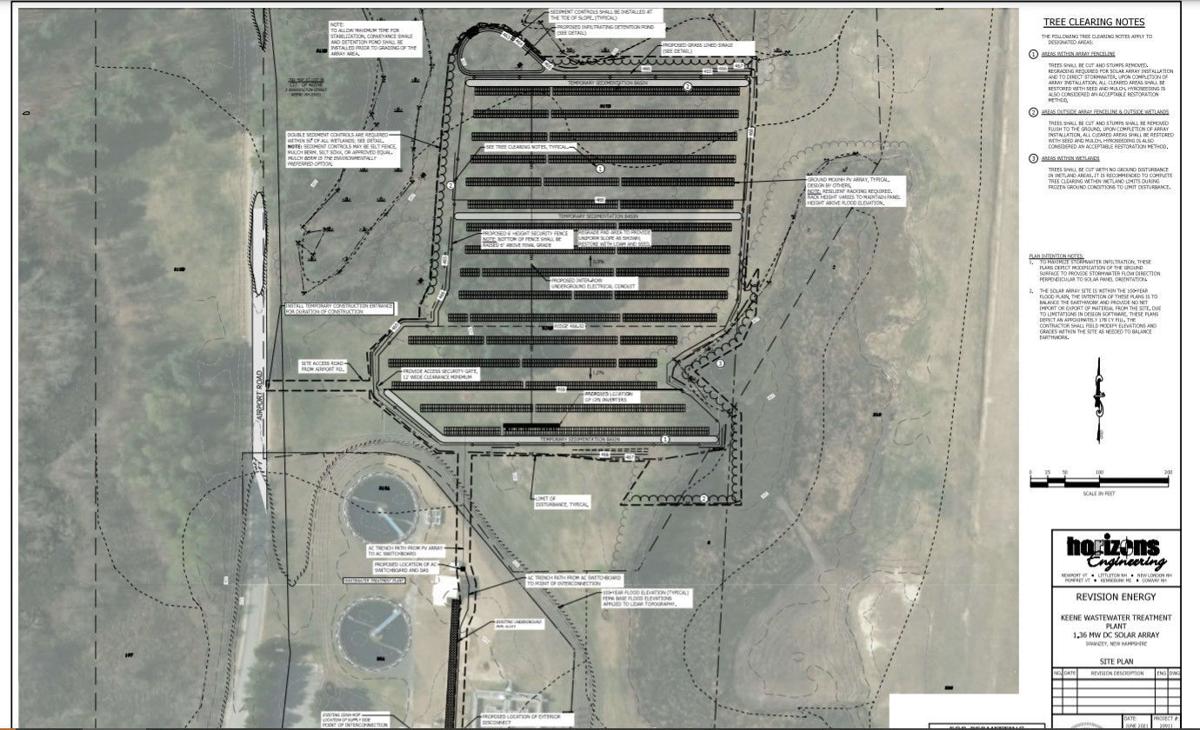 The 1.36-megawatt solar array would cover about seven acres of land in Swanzey and supply power to Keene's adjacent wastewater treatment facility.

Drew MacDermott of Horizons Engineering presents plans Thursday to the Swanzey Planning Board for a 7-acre solar array that would supply power to Keene’s Wastewater Treatment Facility.

The 1.36-megawatt solar array would cover about seven acres of land in Swanzey and supply power to Keene's adjacent wastewater treatment facility.

SWANZEY — The Swanzey Planning Board is considering a proposed 7-acre solar array on Airport Road, but will consult an attorney before making a decision.

At a meeting Thursday evening at Whitcomb Hall, the board reviewed an application for a 1.36-megawatt solar array that would supply power to Keene’s Wastewater Treatment Facility.

The wastewater treatment plant is the largest energy user in the county, according to Keene City Manager Elizabeth Dragon. The array would be a series of 16 strings of modules, each one connecting more than 200 solar panels, according to Steve Dzubak, who tuned in virtually to Thursday’s meeting and presented on behalf of ReVision Energy. It would built on land adjacent to the wastewater facility, which is within Swanzey’s floodplain overlay district, according to the application.

Keene would realize only modest savings in the first six years, but the project would move the city toward its renewable-energy goal, Dragon said. Keene’s sustainable energy plan calls for having 100 percent renewable energy for all electricity by 2030, and 100 percent of all thermal energy and energy used for transportation coming from renewable sources by 2050.

According to a June 2020 meeting agenda for the Keene City Council’s Finance, Organization and Personnel Committee, the project would offset about 1.8 million pounds of carbon dioxide each year, which is equal to 100,000 gallons of gasoline combustion.

The area where the array is planned is prohibited from development except by special exception, but Swanzey’s zoning board of adjustment granted this at a meeting July 19, according to minutes.

The panels’ mounting posts would be about 5-feet tall, and the highest point of the panels would be about 10 feet, according to the application. All the power generated would be used by the wastewater treatment plant, said Dzubak.

Dzubak said that all the equipment — the panels and the inverters — would be mounted high enough to remain well above standing water, even in the case of a 100-year flood. The wetlands surrounding the site would not be developed, he added.

The array would be surrounded by a 6-foot fence, with a small gap between the ground and the bottom of the fence to allow small animals to pass through, Drew MacDermott of Horizons Engineering said. Wildflowers would be planted around the panels, he said.

Just under 4 acres of trees would be cleared to the north and east of the site, MacDermott said, adding that most of the trees are less than 3 inches in diameter.

The project is being financed through a power purchase agreement, similar to the Marlboro Street solar array ReVision Energy completed in 2019 atop the facility housing the Keene police and public works departments. A third-party investor would fund and own the array and in six years, the city would have the option to buy it, according to Dragon.

The array could be up and running as early as next year, she said, but will first need City Council approval.

“It’s a good project and it’s a good space for the project,” said Scott Self, vice-chair of the Swanzey Planning Board. “[There are] just a few things to iron out.”

Board members expressed concern that Swanzey could be responsible for the array if it were abandoned. The board agreed to consult the town attorney to be sure a condition for approval — that whoever owns the property decommission the array if the need arises — will be properly worded.

“We have to protect the future of the town,” said board member Michael York. “That’s what we’re here for.”

The project still requires an alteration of terrain permit from the N.H. Department of Environmental Services, according to the application. The planning board is scheduled to continue discussing the array at its meeting Aug. 12.

Note: This article has been changed to correct a point about the array's structure.