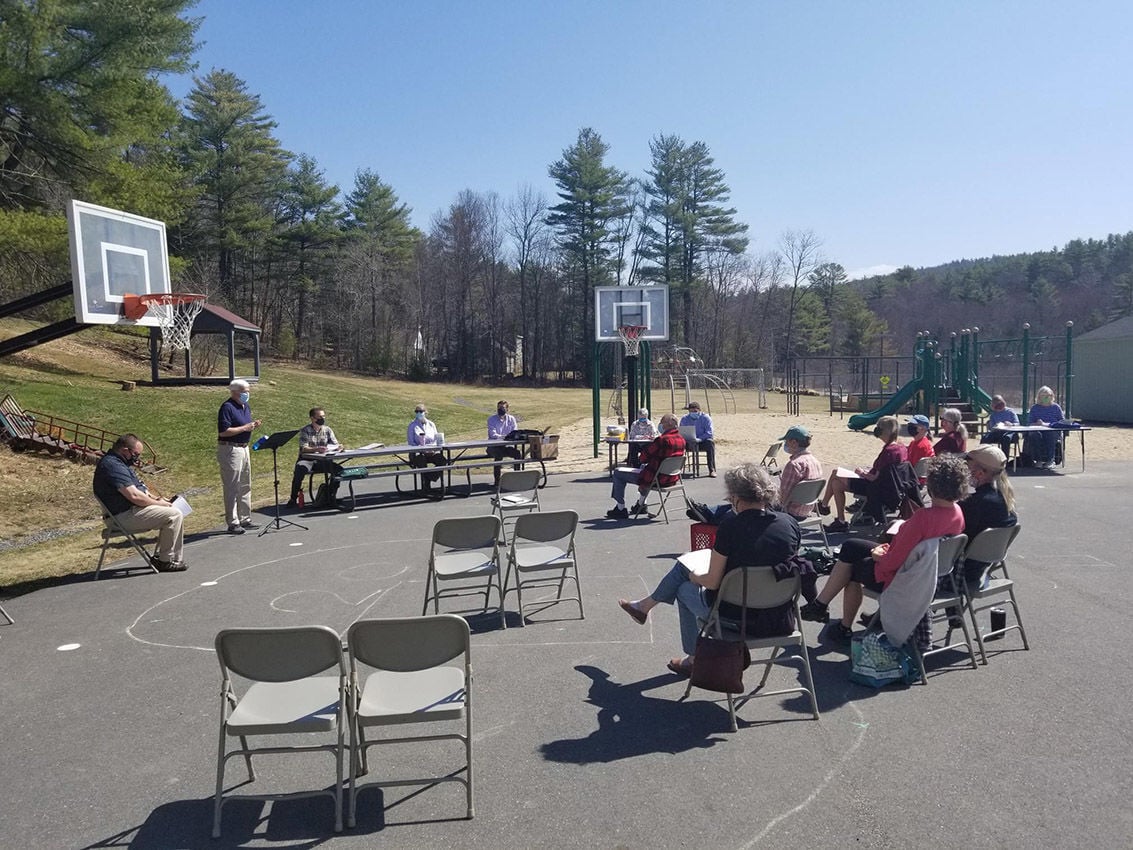 The Nelson School District held its annual meeting Saturday on the playground of Nelson Elementary, where voters approved the district’s entire warrant, including a $2.3 million operating budget. 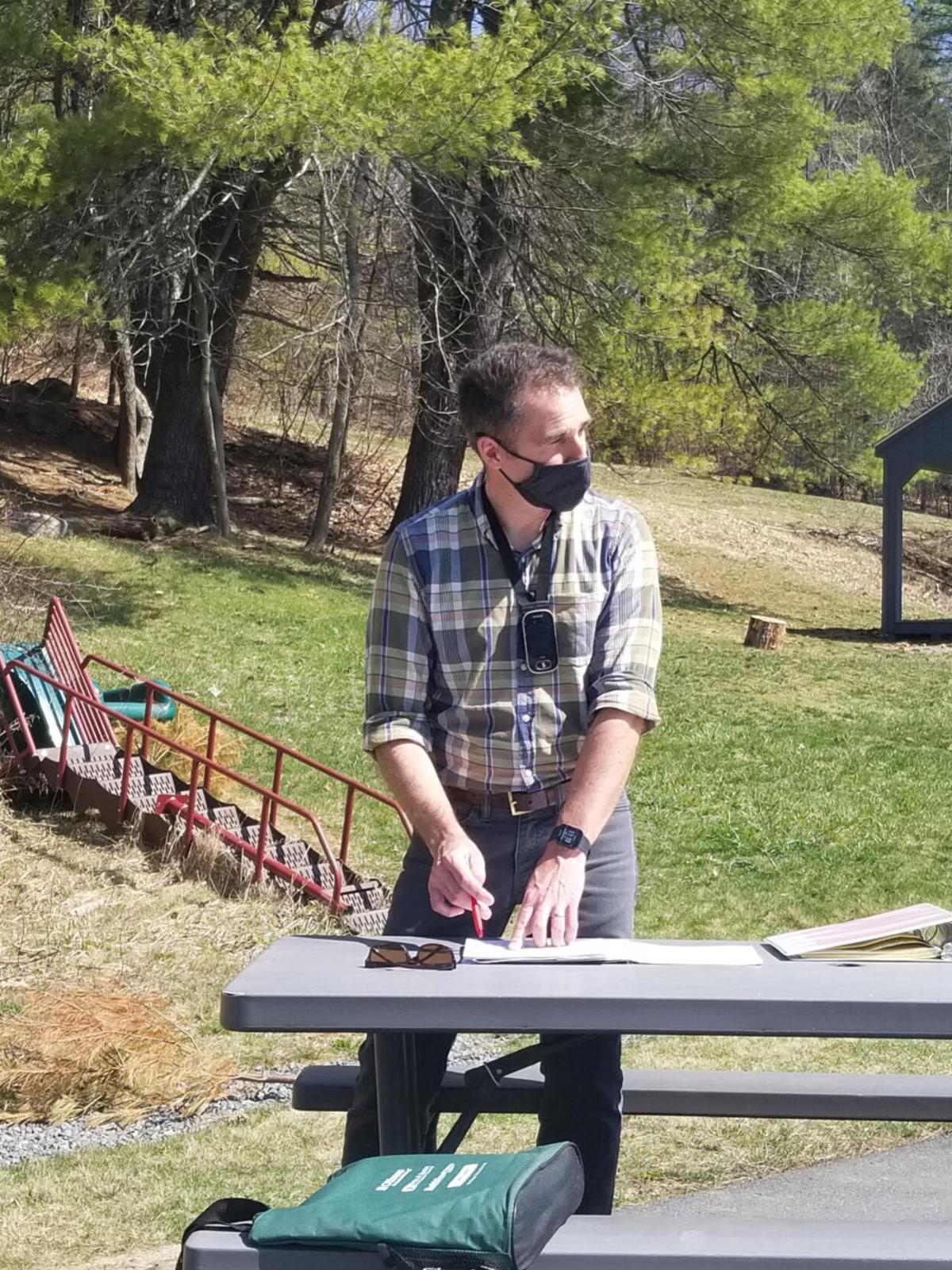 The Nelson School District held its annual meeting Saturday on the playground of Nelson Elementary, where voters approved the district’s entire warrant, including a $2.3 million operating budget.

NELSON — The few voters who attended the Nelson School District meeting Saturday made quick work of the warrant, approving all articles in about 30 minutes with little discussion.

The meeting, held outdoors on the blacktop of the Nelson Elementary School playground, drew 17 of the town’s 517 registered voters, who approved the district’s $2.3 million operating budget. The budget is $77,993, or 3.5 percent, higher than the $2,204,208 operating budget voters approved last year.

The budget includes a projected 12 percent increase in spending at Nelson Elementary, which is driven largely by an out-of-district special education placement and increased hours for the school’s guidance counselor and nurse, school board Chairman Richard Popovic said.

“Those factors alone account for eight percent of that 12 percent,” he said. “And then the other 4 percent is sort of standard increase in costs.”

Specifically, Popovic said, the larger role for the school counselor and nurse stem from the effects of the COVID-19 pandemic.

“After the year we’ve had, we see the need for guidance and counseling,” he said. “That’s going to be a need that we’re going to deem pretty important coming up.”

So, Nelson plans to share a guidance counselor with the Harrisville and Marlow districts, both fellow members of N.H. School Administrative Unit 29, increasing the counselor’s position from a half-day per week in Nelson to 1½ days per week.

“That’s just enough time for her to come and file paperwork, and that’s about it,” he said. “She doesn’t really get integrated into the school. That amount of time doesn’t really allow her to take care of much of anything besides the bare minimum.”

“And by doing that, she obviously will have a bigger presence here, help us handle unforeseen health challenges a little better and also integrate her into the health curriculum, too,” Popovic said.

Several residents asked district officials what, if any, impact federal coronavirus relief funding could have on Nelson’s budget and the local property tax rate. SAU 29 Business Manager Scott Lazzaro said regulations prevent this money from being used to pay for budgeted expenses.

Due to the coronavirus pandemic, the district has postponed voting for school district officers to July 13, when polls will be open at Nelson Town Hall from 11 a.m. to 7 p.m. There are no contested school district races this year.