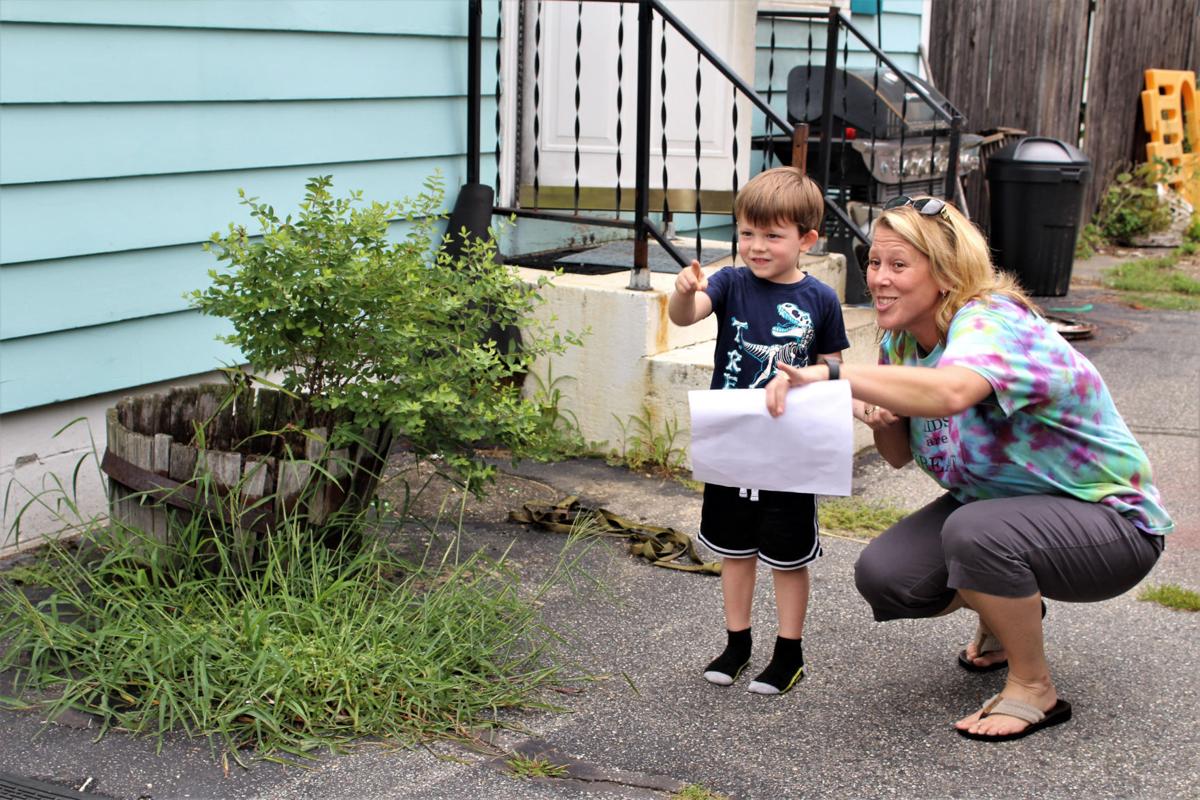 In this file photo from 2018, soon-to-be kindergartner Everett Munson of Swanzey guesses who his new teacher will be at Mount Caesar Elementary School in Swanzey Center. Principal Missy Suarez, right, and Mount Caesar’s kindergarten teachers visited the school’s youngest incoming students as part of an initiative that launched that year called the hometown blitz.

Suarez earned the award — given annually by the N.H. Association of School Principals (NHASP) to a public, private or charter school principal — due to her dedication to students, staff and parents, the organization’s director, Bridey Bellemare, wrote in a letter to the Mount Caesar School community.

Bellemare said members of the selection committee were also impressed with Suarez’s initiative to personally welcome new students to the school. As part of that program, which launched in 2018 and is known as the hometown blitz, Mount Caesar’s kindergarten teachers visit the homes of each incoming student over the summer to meet their future pupils.

Now in her seventh year as the principal at Mount Caesar, Suarez has worked in the Monadnock Regional School District for 24 years, starting as a student-teacher before becoming a teacher and later an administrator. She was principal for four years at Emerson Elementary School in Fitzwilliam before moving to Mount Caesar.

Suarez, a Keene resident, said she was surprised and humbled to find out in February that Mount Caesar staff had nominated her for the principal of the year recognition.

“It is truly an honor to be thought of for this,” she said. “I’m very appreciative and very grateful for all the support that I’ve had.”

Suarez learned last Friday that she had won the award. As of Thursday, she said she was “still a bit in shock.”

“This is a skill set Missy possesses that not all leaders do,” Witte said. “She plays to people’s strengths to help them to succeed and be better.”

Suarez will be recognized as N.H. Elementary Principal of the Year at the N.H. Excellence in Education Awards ceremony in June, according to Bellemare. She will also be honored at an NHASP dinner next month alongside principals of the year for Granite State middle and high schools and the recipient for top assistant principal.