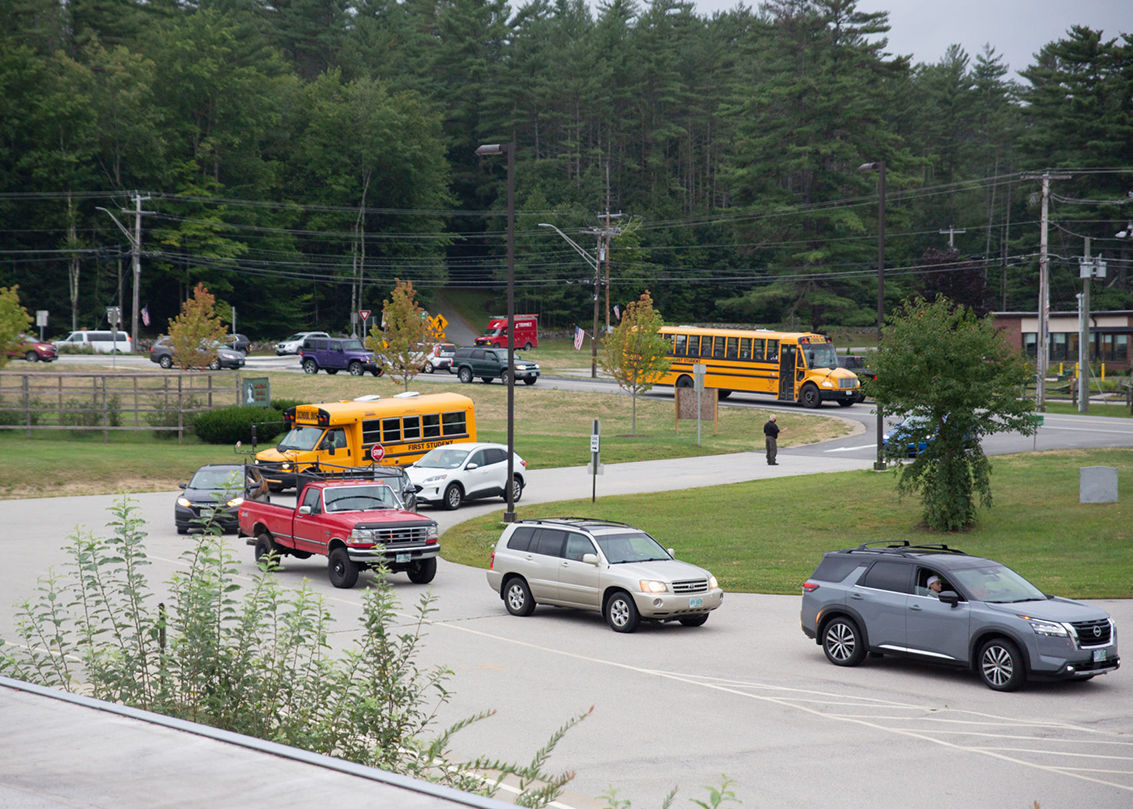 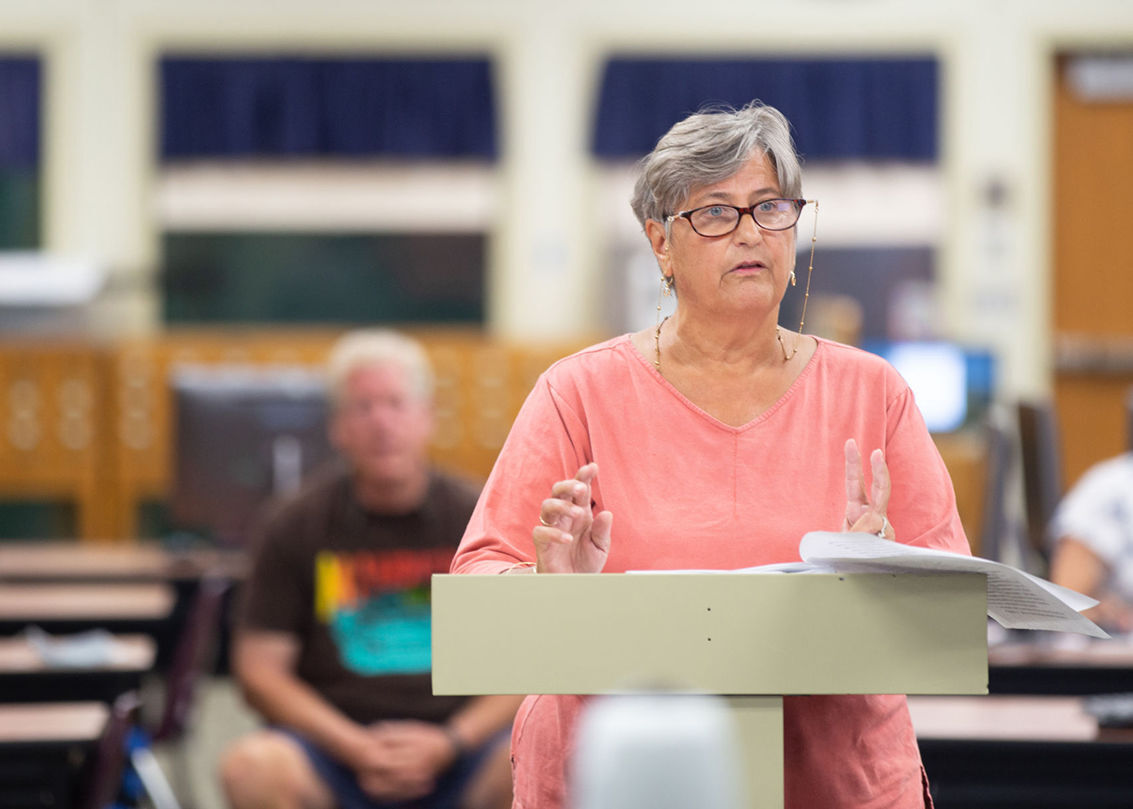 Karen Craig of Fitzwilliam, a retired assistant superintendent for the Monadnock school district, shown here at a recent school board meeting, criticized the board's process for approving the $450,024 in staff stipends. 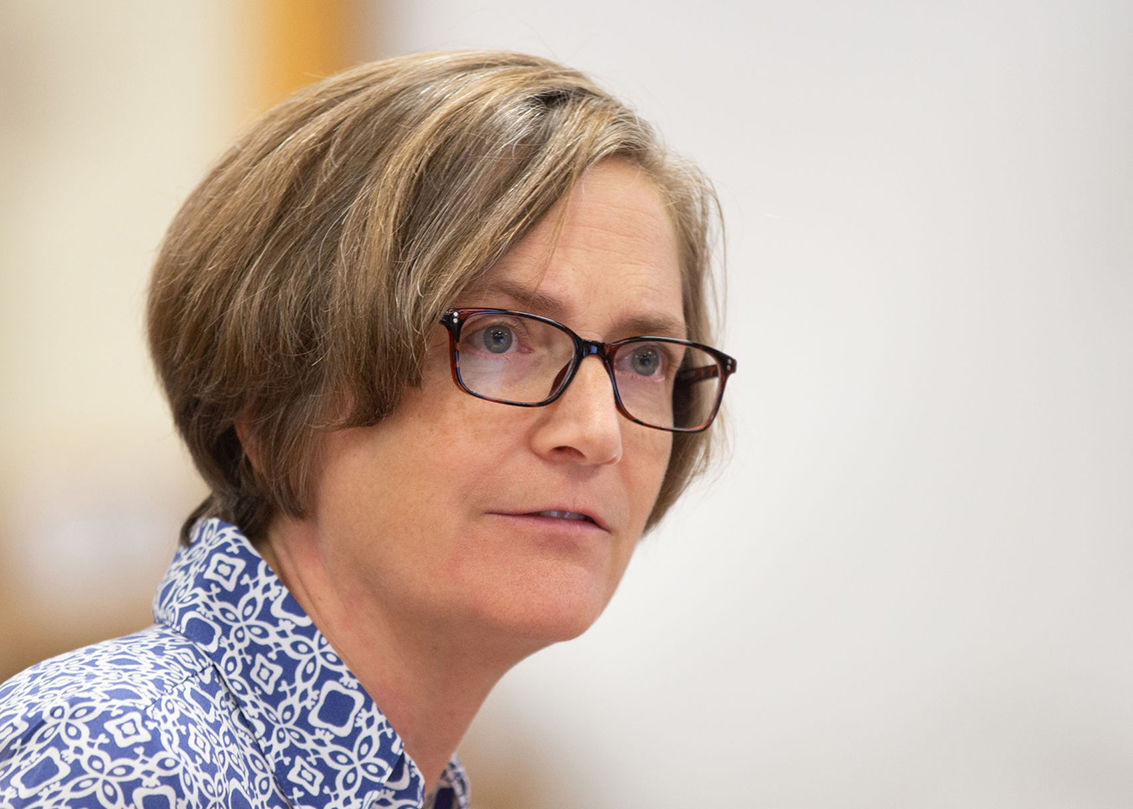 Monadnock Superintendent Lisa Witte was among those who proposed the stipends.

Karen Craig of Fitzwilliam, a retired assistant superintendent for the Monadnock school district, shown here at a recent school board meeting, criticized the board's process for approving the $450,024 in staff stipends.

Monadnock Superintendent Lisa Witte was among those who proposed the stipends.

The Monadnock Regional School District board, in a June 15 non-public session, approved about $450,000 in one-time stipends for staff members who went above and beyond during the COVID-19 pandemic, using money from federal relief funds.

Since then, several residents of the district — which covers Fitzwilliam, Gilsum, Richmond, Roxbury, Swanzey and Troy — have questioned the transparency of this process and criticized the board for discussing and voting on the stipends in a closed meeting.

“It really rubs me the wrong way,” Adam Hopkins of Troy said this week. “It feels like a lack of transparency and a total lack of accountability.”

School Board Chairman Scott Peters of Troy, though, has said the board received guidance from the district’s attorneys that the decision on the stipends should be made in a non-public session. Peters was not available for an interview this week but said the board plans to discuss its vote on the stipends, and the legal counsel that led to the decision taking place in a closed meeting, at its Sept. 7 meeting.

“I think we can address those things, but I don’t for a moment feel that we acted inappropriately,” Peters said during the board’s Aug. 17 meeting. “I feel it’s probably not transparent enough. That I think we can address, so we will work on that for the next meeting.”

Hopkins serves as chairman of the district’s budget committee but said he raised questions about the school board’s decision as a resident of the district, not in his elected capacity. He said he contacted his school board representatives in mid-July seeking clarification on the board’s process to approve the stipends but did not hear back for more than two weeks.

Hopkins publicly expressed his concerns in a letter to the editor, which The Sentinel published in early August. After that, Hopkins said he got a response from district officials but still had questions about the process for approving the stipends, which he brought forward at the Aug. 17 school board meeting.

“My concern is how is a member of the public supposed to remain informed and hold our representatives accountable if the discussion on such a large item is not on any agenda; it’s held in non-public session?” Hopkins said during that meeting.

At the same meeting, Karen Craig of Fitzwilliam, a retired assistant superintendent for the Monadnock district, also criticized the board’s process for approving the $450,024 in staff stipends.

“I believe the non-public session is not where that decision should have been made,” said Craig, who currently works part time as the grant manager for the Hinsdale School District’s COVID-19 relief funds. “I’m here tonight because I want my concern to be heard by you, the board, and I want to have this concern noted in the minutes and heard by the public.”

Craig noted that staff stipends are one of the allowable uses for funds districts have received through the federal Elementary and Secondary School Emergency Relief (ESSER) program, but she would have preferred Monadnock spent this portion of the money differently.

“I would want all ESSER funds used in ways that directly benefit students, and I’m extremely concerned about the learning gap that’s only widened during the pandemic,” she said. “I want you to know, too, that I do support our teachers. I’m a big believer in teachers. They deserve so much credit and thanks for what they’ve had to go through for the past year and a half, and who knows what’s happening as we move forward? But I still believe there are better ways to say thank you to them.”

According to the minutes of the June 15 non-public session, the Monadnock board voted unanimously to approve the stipends, which represent 2.5 percent of staff members’ annual compensation. Board member Karen Wheeler of Gilsum made the motion to accept the stipends as proposed by Superintendent Lisa Witte. According to the minutes of a June 1 non-public session, Peters, Witte and board Vice Chairwoman Lisa Steadman of Troy initially discussed the idea of providing staff stipends for their work during the pandemic. Board members Nick Mosher of Roxbury, Eric Stanley and Dan LeClair of Swanzey and Steadman were not present for the vote on the stipends.

The board entered the non-public session for the purpose of discussing “the compensation of any public employee,” according to the minutes. That’s one of about a dozen reasons New Hampshire state law allows public bodies like school boards to go into non-public meetings. But Hopkins, the Monadnock budget committee chairman, said he doesn’t think the stipend discussion met that non-public requirement.

“It seemed to me they were using a very liberal interpretation” of the state law governing non-public sessions, Hopkins said. He added that he believes the clause allowing non-public sessions about compensation covers discussions about payment of a single employee, not entire groups of school staff. Ultimately, Hopkins said the school board should seek to hold as many of these sorts of conversations publicly as possible.

“The less time that the district school board spends in non-public the better,” he said. “People need to understand what’s going on and have as much information as possible to make decisions to decide who to support for school board, what contracts make sense.”

But Peters, the board chairman, reiterated during the Aug. 17 board meeting that the group went into a non-public session to vote on the staff stipends based on legal advice. He added, though, that the minutes of the meeting could have more fully described the board’s discussion.

“What I would say about all of that process is we know that we received legal counsel both prior to and as a follow-up to the meetings, related to the compensations decisions we made in non-public,” he said. “I, in hindsight, will say mea culpa and maybe what’s missing here is more content in the minutes. It does not express some of the conversations we had about individuals, about performance, about who worked harder or not, how roles shifted. A lot of that content is missing.”

Peters added that board could revisit the meeting minutes to ensure they reflect the legal counsel the group received, making that a matter of public record.

Ultimately, the Monadnock board, in its June 15 non-public session, approved stipends for a total of 334 employees “for their outstanding dedication and the appreciable increase of work responsibilities related to prevention, preparation, and response to the COVID-19 pandemic,” according to documents the district filed with the state education department as part of the federal grant application process.

The Monadnock district has been allocated a total of $6,466,526 in federal COVID-19 relief money over four rounds of grant funding, according to the district. The district is currently seeking input from community members on how to prioritize spending $3,961,969 Monadnock has been allocated through the American Rescue Plan Act, which President Joe Biden signed in March. These funds are eligible to be spent through September 2023, according to federal guidelines.