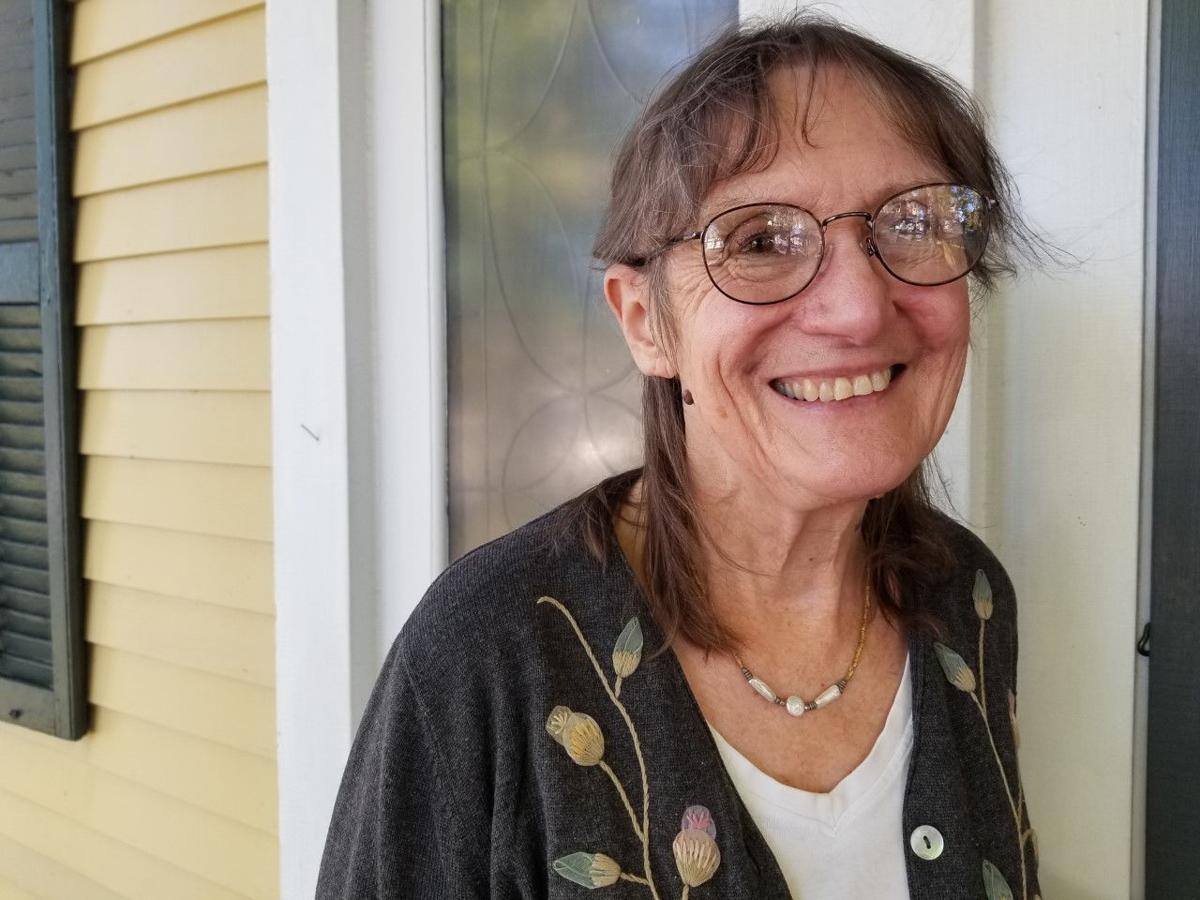 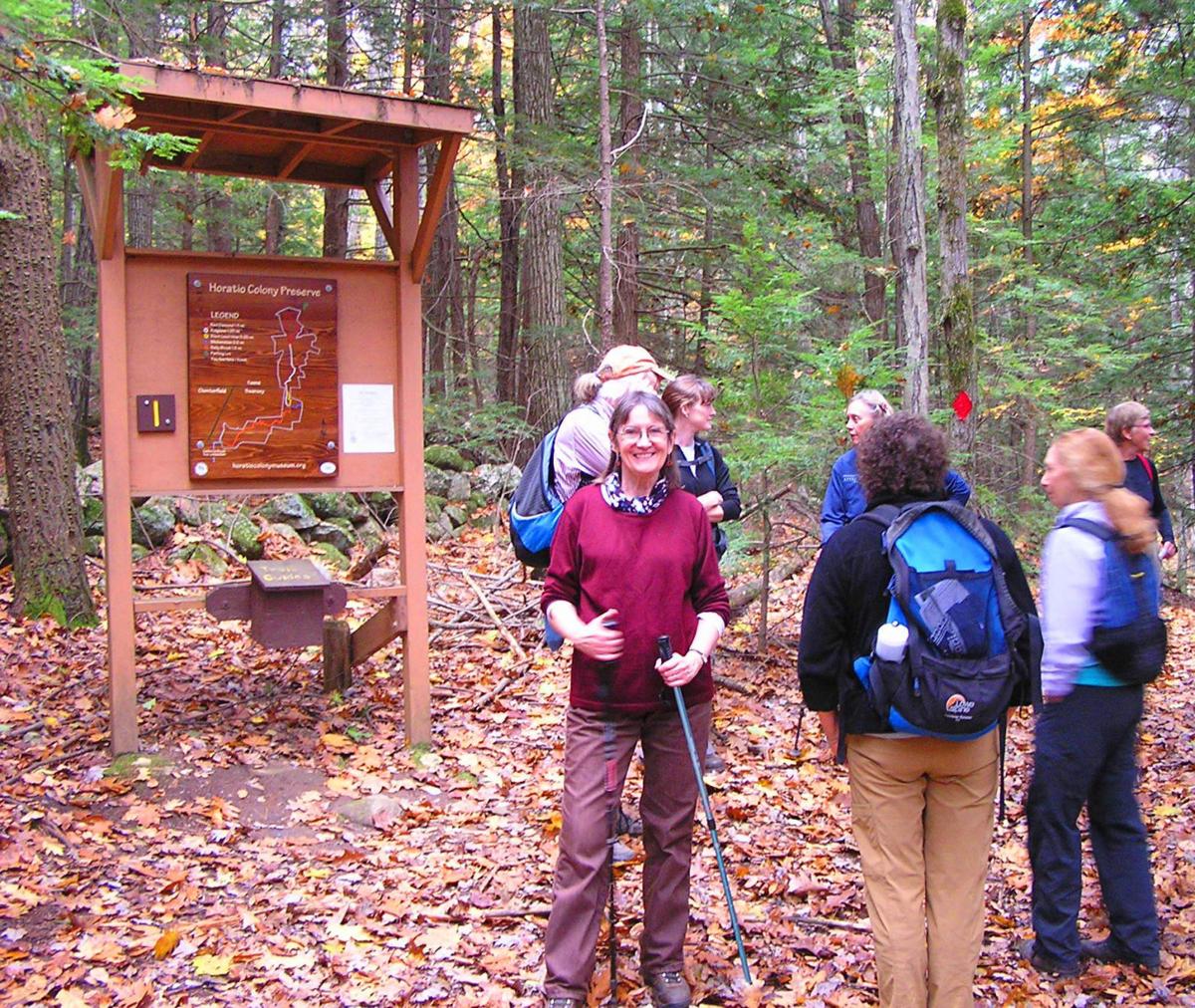 Anita Carroll-Weldon leads a hike in 2016 at the Horatio Colony Nature Preserve in Keene, celebrating the completion of the first segment of the Wantastiquet-Monadnock Greenway and Trail, which connected Pisgah State Park and the Connecticut River to the nature preserve.

Anita Carroll-Weldon leads a hike in 2016 at the Horatio Colony Nature Preserve in Keene, celebrating the completion of the first segment of the Wantastiquet-Monadnock Greenway and Trail, which connected Pisgah State Park and the Connecticut River to the nature preserve.

Anita Carroll-Weldon had never been to Keene before 2000, when she came to interview for the job of executive director of the Horatio Colony House Museum and Nature Preserve.

“In coming here and visiting, I not only was really attracted and connected to this property, but also to Keene,” she said. “... So many people just fall in love with Keene when they get on Main Street.”

Carroll-Weldon was one of those people. She got the job, and has spent the last 20 years living at, and operating, the Horatio Colony House Museum at 199 Main St., and overseeing the nature preserve on Daniels Hill Road.

The house was built in 1806 and became a museum in 1977 upon the death of Horatio Colony II, whose grandfather Horatio Colony I was the first mayor of Keene. The Colony family also co-founded the Faulkner and Colony Woolen Mill, a site now home to an apartment complex on West Street. During Carroll-Weldon’s tenure, the nature preserve, situated on West Hill in Keene, has grown to 645 acres, including five miles of public hiking trails.

“I think it’s time for the organization to have some fresh ideas,” she said. “And it’s time to pass the baton, and to share this extraordinary job with another museum professional.”

The search for Carroll-Weldon’s successor drew 30 applicants from across the country, she said. That field has narrowed to three candidates, who will be coming to Keene to tour the properties and have final interviews. Once hired, the new director is slated to start in December, according to Carroll-Weldon.

In the meantime, she and her husband, Tom Weldon, are preparing to move to a late 18th-century Cape Cod-style house in Acworth, which they bought in 2005 and have been renovating since. Leading up to retirement, Carroll-Weldon is also reflecting on her lifelong love of history, and how that passion has manifested into her career in museum work.

She was born in Hartford, Conn., and grew up in a 19th-century house in nearby Manchester, Conn., surrounded by antiques.

“I realized early on that a lot of these objects, antique objects, have stories to them,” Carroll-Weldon said. “... And I always found that really interesting, that there were these other lives to these pieces, so to speak.”

She has also found that historical artifacts can conjure strong memories. For example, Carroll-Weldon said, a bowl-back mandolin in the Horatio Colony House Museum reminds her of family gatherings at her grandparents’ home in Connecticut, where her aunts and uncles would play music together.

“So many people who come for tours find particular objects, or even the house itself, that help them recall fond memories,” she said. “Preserving a house and collections such as this keeps that kind of connection or bridge to people’s memories.”

Carroll-Weldon was introduced to the museum world when her husband got a job as the head farm and garden coordinator at Hancock Shaker Village in Pittsfield, Mass.

“I ended up volunteering there because I just fell in love with that museum, and the whole history of the Shakers and their fabulous architectural sense and inventiveness,” she said.

The volunteer position turned into a paying job at the village, which later led to a job with the Society for the Preservation of New England Antiquities, now known as Historic New England. Then, in 1995, she took a position as director of the Bidwell House Museum in Monterey, Mass.

“That job involved working with a forester to install hiking trails on the property and developing programs around the history of the land, but also the house and collections, as well,” Carroll-Weldon said.

The Bidwell House job, it turns out, also prepared her perfectly for leading the Horatio Colony House Museum and Nature Preserve, which also balances history and the outdoors.

“I have absolutely loved this job,” Carroll-Weldon said. “It has been such a joy to work with the trustees and the board here. It’s been a real treasure ... to work with the collections in this house, which are really extraordinary.”

The Colony Memorial Trust, a nonprofit governed by trustees and an advisory board, manages the Horatio Colony House Museum and Nature Preserve. Joslin Kimball Frank, a member of the Colony family who serves as a trustee, said Carroll-Weldon has taken the organization to another level during her 20-year tenure.

“I’m sad she’s leaving because she’s so fabulous,” Kimball Frank said. “... She started a lot of things that we didn’t have before, like croquet outside, games for children, night programs, bands out in the yard. It just came easily to her … to think all those things up.”

In addition to expanding the programs at the museum, Carroll-Weldon said she’s especially proud of her role in adding to the nature preserve, and connecting it to the Wantastiquet-Monadnock Greenway and Trail, which connects the Connecticut River to Mount Monadnock. The nature preserve is also an important part of the watershed for the Keene area, she said.

“So preserving this land and keeping it from development keeps that water pure,” Carroll-Weldon said. “It provides extraordinary habitat for all sorts of animals, insects, birds. And it also provides an incredible wildlife corridor, especially for large wild animals, because they need really big, continuous spaces that are undeveloped in order to be able to survive and thrive.”

The Horatio Colony House Museum is typically open to the public for free tours and programs from May 1 to Oct. 15 each year. The museum has not opened at all this year due to the COVID-19 pandemic, which Carroll-Weldon said has been disappointing in her final year as director.

“I had no idea that I had given my last tour on Oct. 15 of last year, when I shut the door for the winter,” she said. “... So, I wasn’t prepared, as I don’t think any of us were, to think that this year would be so, so totally different.”

Though the museum has been closed, Carroll-Weldon said the nature preserve has seen “a marked increase” in visitors this year.

“We’ve been advertising the nature preserve is open, and we welcome people to come and use the trails because it’s important for people to be able to get outside and get a break from all they’re going through, and to be out in nature,” she said. The lawn at the museum has also been open all summer for picnics and other socially-distanced gatherings, she added.

During her time overseeing both the museum and the nature preserve, Carroll-Weldon said she has sought not only to maintain the history of the land, and of the Colony family, but to share this history with the entire community. And in that pursuit, Kimball Frank said, she has more than succeeded.

“She just took it over as part of her family,” she said. “And it was quite extraordinary.”

At a glance: Anita Carroll-Weldon