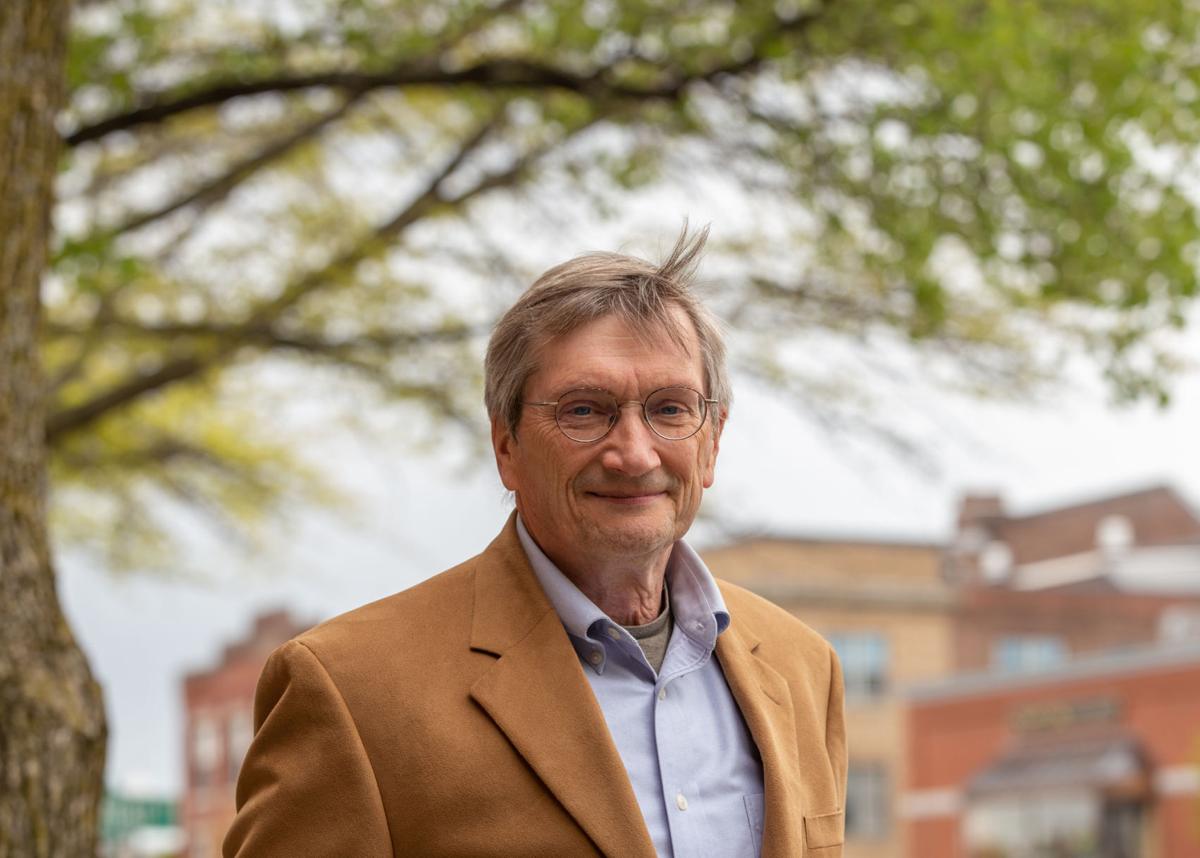 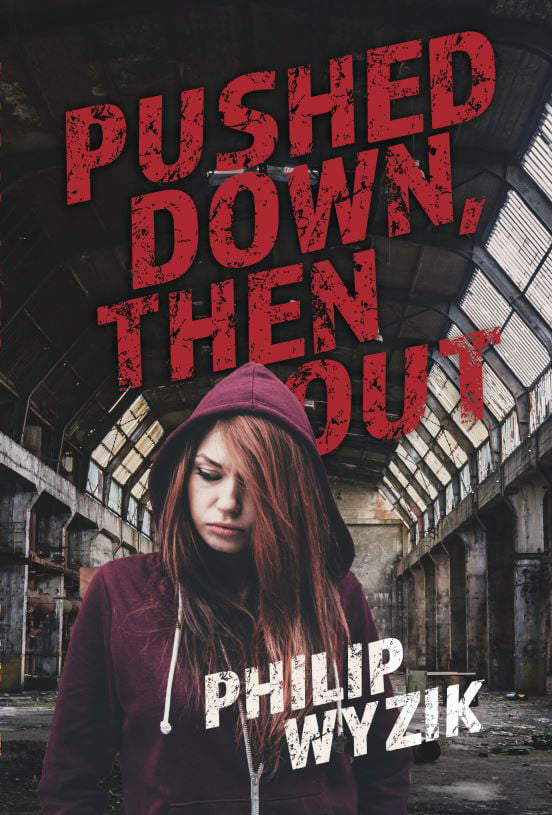 “Pushed Down, Then Out” by Phil Wyzik follows a young girl who is running away from her traumatic experiences and finds respite among strangers in the small fictional New Hampshire town of Hallet Springs.

“Pushed Down, Then Out” by Phil Wyzik follows a young girl who is running away from her traumatic experiences and finds respite among strangers in the small fictional New Hampshire town of Hallet Springs.

Phil Wyzik has always wondered if he could write a book. And after about three years of writing, that dream has become reality, with his first novel slated to hit virtual bookshelves this fall.

The novel, “Pushed Down, Then Out,” is set in a dystopian America and explores how self-centeredness and economic advancement could — if left unchecked — harm vulnerable people, like those with mental illness.

“The idea is hopefully the people who read the book feel compassion toward the characters, and then, in turn, would feel compassion for people actually going through this,” said Wyzik, CEO of Monadnock Family Services in Keene and Peterborough.

The story follows a young girl who is running away from her traumatic experiences and finds respite among strangers in the small fictional New Hampshire town of Hallet Springs.

With nods to the world we currently live in, the tale aims to underscore how understanding and compassion today might help avert the human tragedies that can result without them.

The idea stemmed from a conversation Wyzik had at a New Year’s Eve party a few years ago, when someone asked him about his work with Monadnock Family Services, the region’s community mental health center.

“In all seriousness, he said, ‘I feel very bad for you guys in human services. You have it really tough,’ “ Wyzik, a Keene resident, recalled, “and he said, ‘The problem with our country is we can’t let people die ... If you can’t take care of yourself, that’s sad, but that’s the way it is’.”

Wyzik said that conversation has stuck in his head since, and that — coupled with national events like immigrant children being separated from their families at the U.S.-Mexico border — sparked the novel’s theme.

“What if we lived in a world where all of that was acceptable? [And] if that were the world we lived in, what would happen to people with mental illness?” he said.

When toying with writing a novel, Wyzik said the plan was always to draw from his own expertise.

Wyzik has spent 35 years in the mental health field, with the past nine working as the head of Monadnock Family Services. Before that, he held roles at West Central Behavioral Health in Lebanon and the Mental Health Association of Connecticut in West Hartford.

“People were suggesting that if you’re going to write about something, start with something you know,” he said. “So I don’t know about Christopher Columbus discovering America or whatever, but I know this stuff, and I wanted to challenge myself to see if I could write a fiction about it.”

”Pushed Down, Then Out” is slated to be available in the first weeks of October, Wyzik said, on the websites of Amazon, Walmart, Target and Barnes & Noble.

He added that all the proceeds from the novel will be donated to Monadnock Family Services.