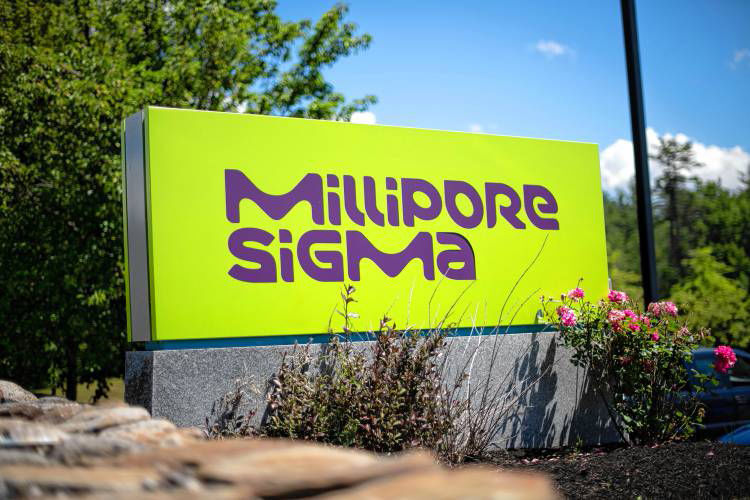 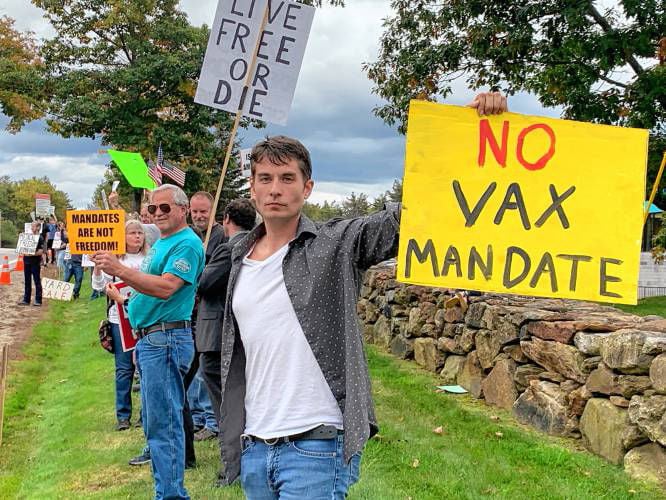 MilliporeSigma employee Nick Ryder protests a mandate that employees be vaccinated against COVID-19 by Dec. 8 during a demonstration in front of the Jaffrey plant late last week.

MilliporeSigma employee Nick Ryder protests a mandate that employees be vaccinated against COVID-19 by Dec. 8 during a demonstration in front of the Jaffrey plant late last week.

JAFFREY — Protesters lined up along the entryway to MilliporeSigma in Jaffrey late last week, protesting the company’s decision to mandate employee COVID-19 vaccination.

MilliporeSigma, in both its Jaffrey and Danvers, Mass., locations, has been heavily involved in the COVID-19 vaccine response. The manufacturer has been producing filters and plastic mixing bags used in the development and production of the vaccine, shipped to 80 producers to create the vaccines for the world-wide response.

The company is one of several that are adopting an employee vaccination mandate, ahead of an expected federal mandate for companies with more than 100 employees to require vaccinations or weekly testing. The Occupational Safety and Health Administration, or OSHA, is currently writing rules to that effect, under the direction of President Joe Biden, but several large companies, including Procter & Gamble, American Airlines, JetBlue and IBM, have already put the mandate into effect for their employees. Now, MilliporeSigma joins those ranks.

MilliporeSigma representative Rachel Bloom-Baglin confirmed last Thursday that all employees of the company have been directed to be fully vaccinated by Dec. 8.

“We have always operated on three principles,” Bloom-Baglin said. “First and foremost is the safety of our employees. And then, public health and business continuity.”

Ensuring as many people are vaccinated as possible achieves all three of those goals, Bloom-Baglin said. “We want everyone to be safe, our employees, but also their family and the community.”

Some employees of the company were on the picket line last Thursday, protesting the company requirement.

Jim Bellamy, a MilliporeSigma employee, said he’s already been vaccinated but came out to support those who were protesting the mandate. “I just came out to support people who believe, as I do, that you don’t need papers to do anything in this country,” Bellamy said. “I don’t think it’s American to be forcing it down our throats.”

Nick Ryder of Fitzwilliam, a MilliporeSigma employee, said he has seen the goalpost continually move since March 2020 and wants a full return to normalcy.

“The goalpost was, we’ll be shut down until the vaccine is out. The vaccine’s been out. Why aren’t we open yet?” Ryder said. “People who have the choice to get the vaccine can go get it, and those who chose not to don’t have to.”

John Reagan, who works at MilliporeSigma three days a week, said adamantly that he would not be getting the vaccination, though he said he would remain on the job as long as the company allowed.

“It should be my body, my choice,” Reagan said. “I’m not being forced to take the vaccine. It’s a total violation.”