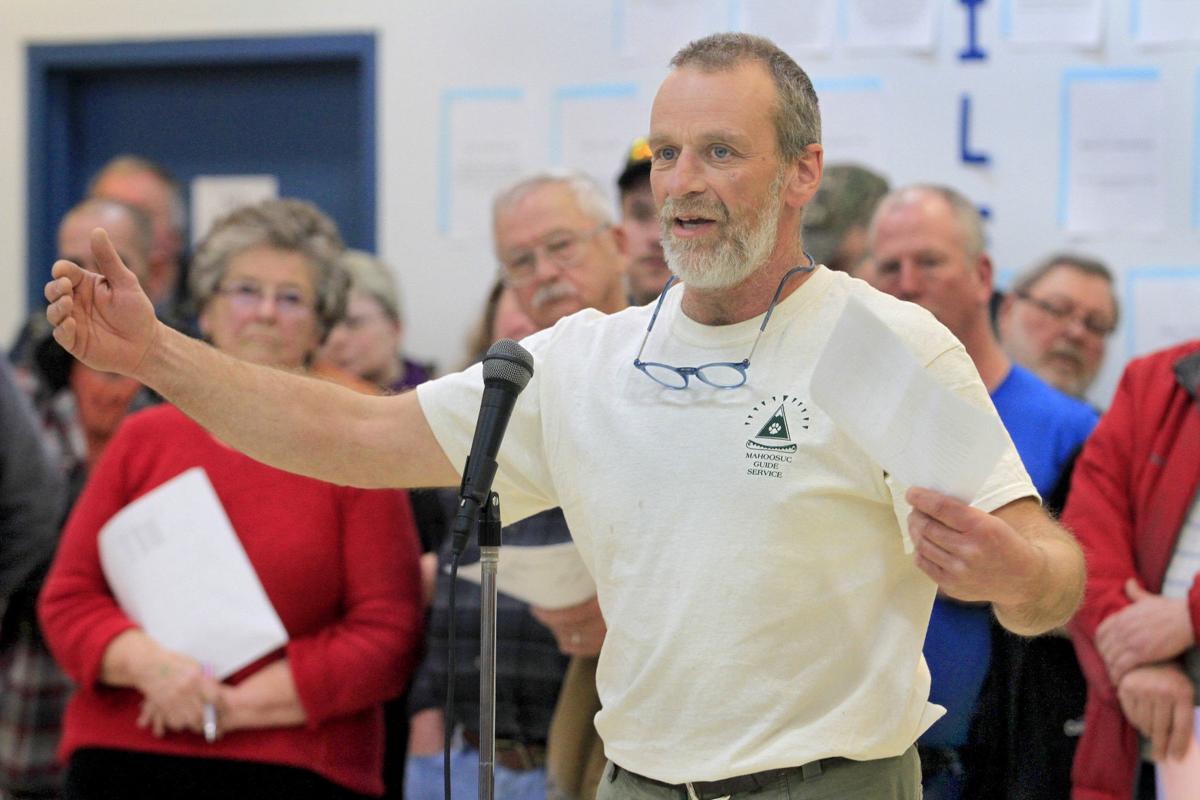 Misha Golfman said residents should invest in the children of Marlow during the Marlow School District's annual meeting Thursday night at the John D. Perkins Academy. 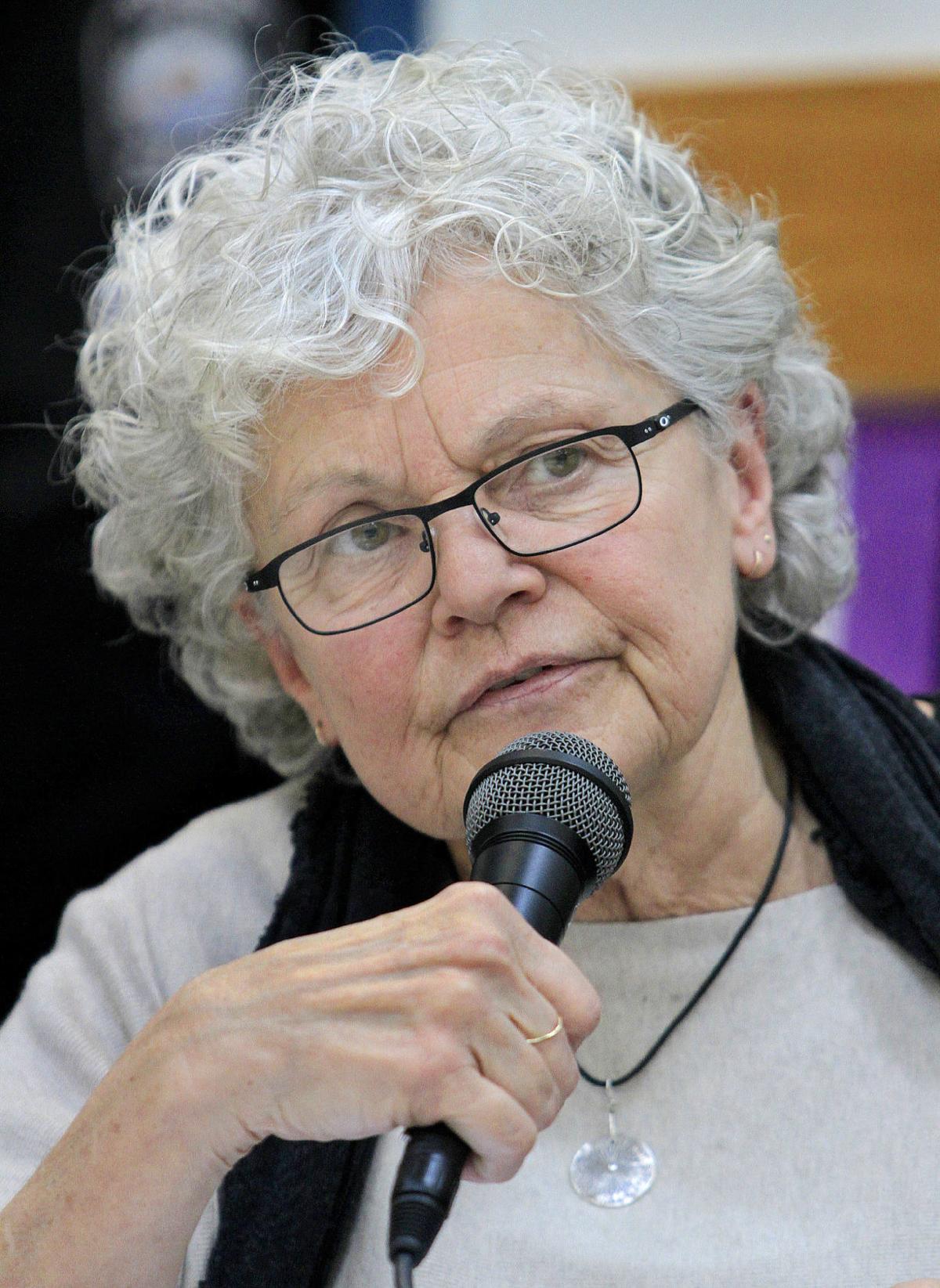 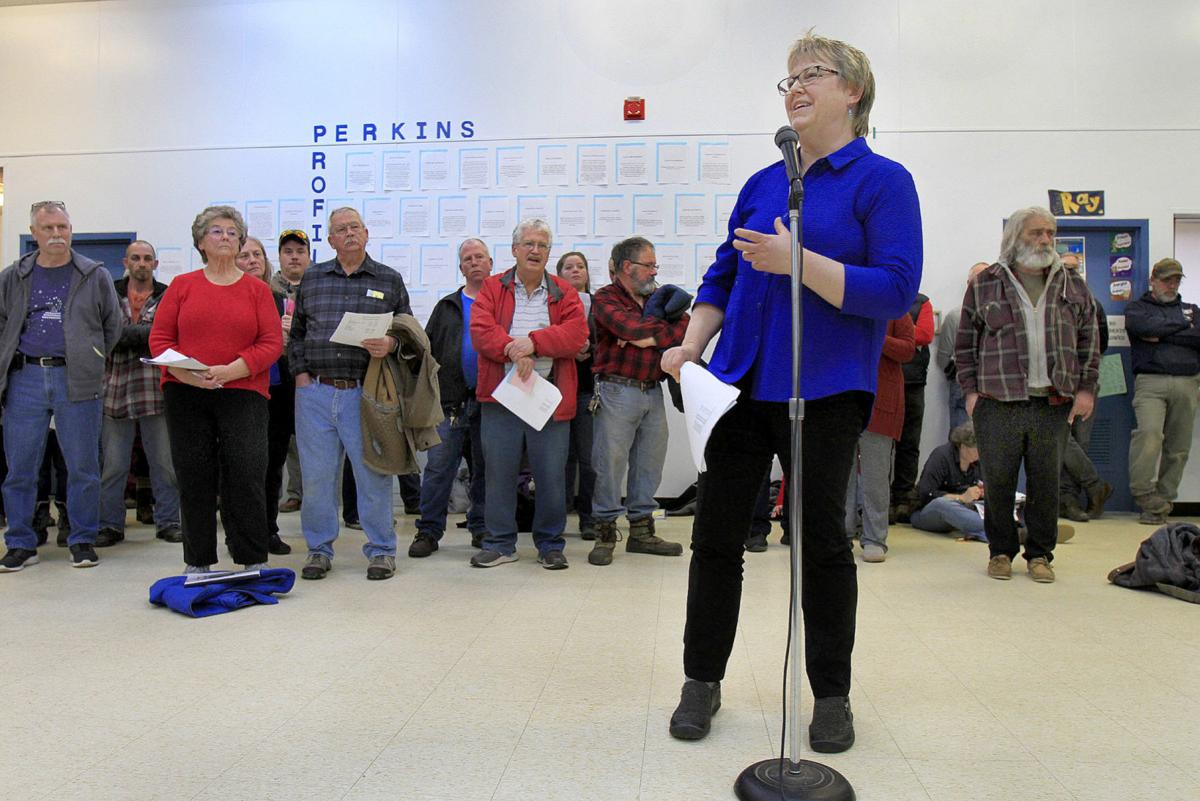 Misha Golfman said residents should invest in the children of Marlow during the Marlow School District's annual meeting Thursday night at the John D. Perkins Academy.

The meeting drew about 180 residents to John D. Perkins Academy. Three rooms in the school were set up with chairs and a video camera to view the session, but with a high turnout anticipated, those in the actual meeting room were told to stand due to fire-code regulations.

The sole amendment discussed Thursday, presented by resident Barry Corriveau, would have dropped the $2,362,084 budget by $145,000. The budget is $281,946 over what voters approved in 2019, or about 13.6 percent, although budget comparisons don’t represent the change in the amount that would need to be raised by taxes. This is influenced by spending requests in separate warrant articles and year-to-year changes in revenue.

“Except for the cuts we have recommended, we have left any other program in place that we feel is necessary for the school,” Corriveau said.

Of the handful of voters who spoke on the amendment, most disagreed with it.

Resident Chris Bennett, along with a few others, said cutting back on elective courses could be difficult for some students.

“... Comments on cutting back on [physical education], arts and music, that’s all fine and dandy, but some kids like arts and music and aren’t into sports,” he said.

Others questioned the benefit of a three-grade classroom, which residents noted was tried in the Marlow School District before.

The amendment was defeated 112-66, and the original warrant article passed as written.

This latest budget increase comes on the heels of a 32 percent hike in the budget voters approved one year ago. That was attributed in large part to the out-of-district placement of a handful of children with special needs. But two people who identified themselves as guardians of some of the students said at a June school board meeting that those children would no longer need such placements.

This sparked interest among some residents in trying to lower the budget through a special school-district meeting.

Corriveau and resident Richard Lammers petitioned the Cheshire County Superior Court for permission to hold that meeting, but a judge dismissed the petition because it hadn’t been filed by the school district or school board. Corriveau, a town selectman, pursued the matter as a private taxpayer.

Ultimately, a special school-district meeting was held in October after a petition to the school board. But the proposal to cut $250,000 from the budget failed when turnout for the session fell well short of what is required under state law.

School board Chairwoman Christie Smith said some reasons for this latest budget spike are increases in salaries and benefits and higher tuition costs to send the district’s students to Keene High School.

The only other spending request up for consideration Thursday night asked if the district should establish a capital reserve fund for financing construction or reconstruction of the Perkins Academy’s buildings and grounds.

The article — approved unanimously — will also raise $5,000 to put into the fund.