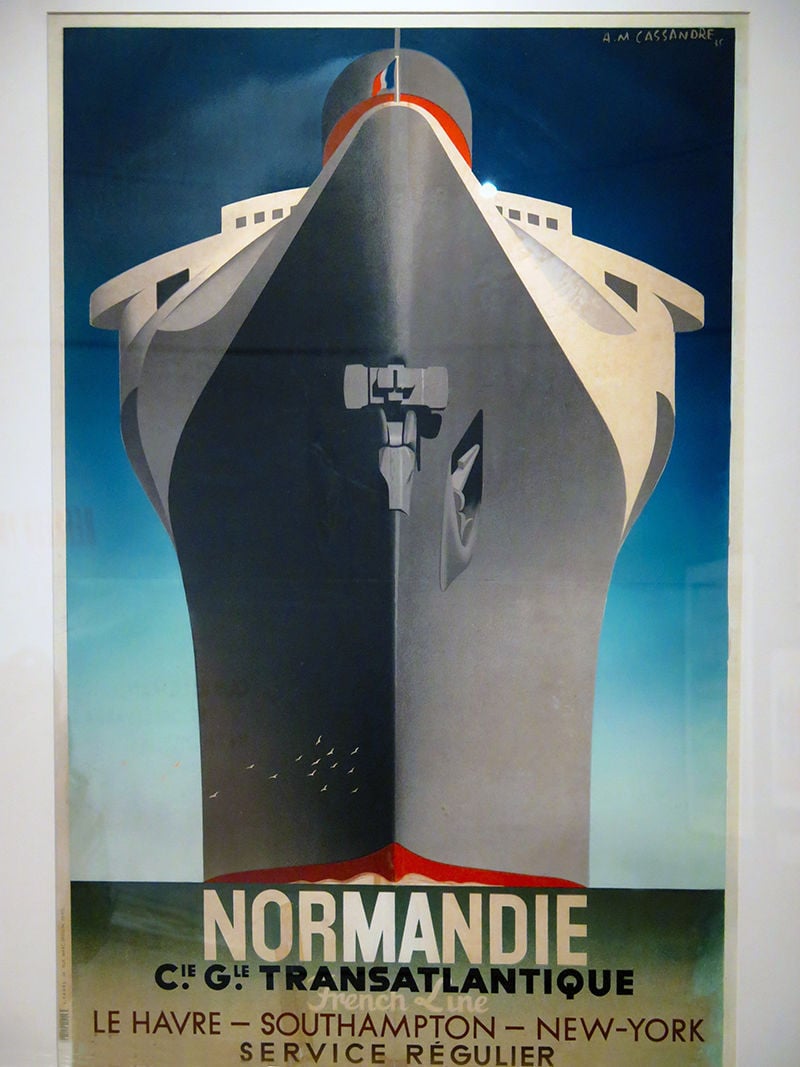 A classic late-1930s poster of the Normandie. 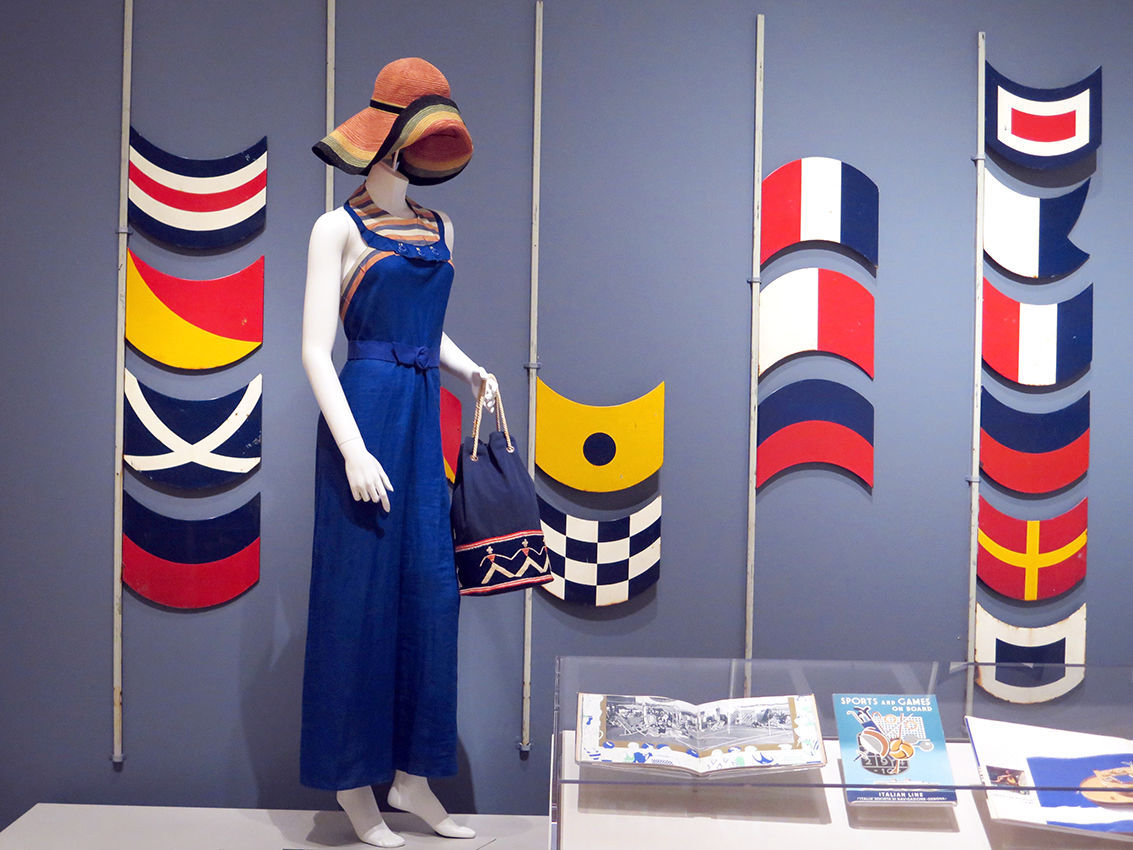 Left: Signal flag decor and era beachwear from the SS United States. Right: A panel fragment from the first-class lounge of the Titanic. 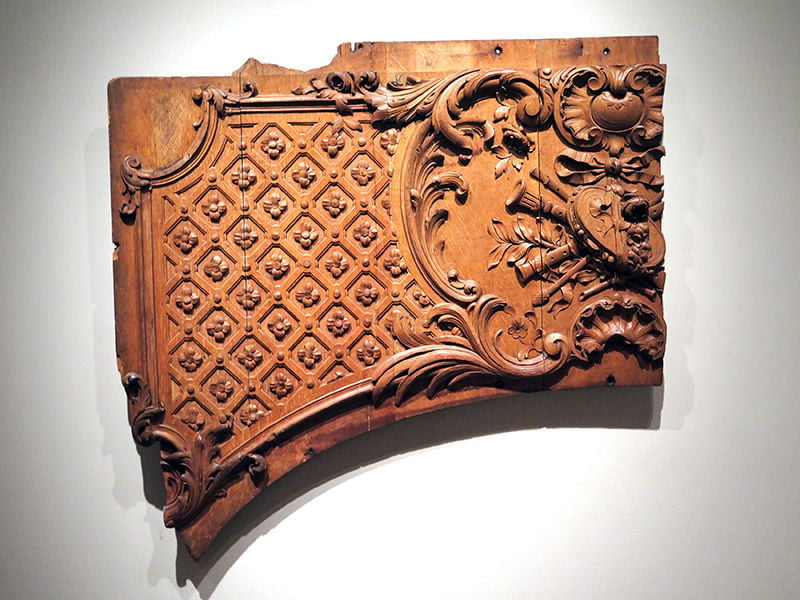 A panel fragment from the First Class Lounge of the Titanic.

A classic late-1930s poster of the Normandie.

Left: Signal flag decor and era beachwear from the SS United States. Right: A panel fragment from the first-class lounge of the Titanic.

A panel fragment from the First Class Lounge of the Titanic.

“Ocean Liners: Glamour Speed and Style,” the first museum exhibit ever to focus on ocean liners and their role in society, opened last week at the Peabody Essex Museum in Salem, Mass. It’s the closest the 21st-century traveler can get to reliving the glamour of that golden era of trans-Atlantic passages.

Those ships were a special kind of magic, bigger than life, and through photos, models, interactive digital re-creations, art and actual furnishings and fashions we can glimpse into this privileged world. We can also peek below decks at the crew and the steerage quarters of immigrants who traveled in less than luxurious conditions.

But the thrust of this outstanding exhibit shows the liners as superbly luxurious floating house parties, filled with gaiety and beauty and peopled by the most fashionable socialites, royalty and film stars of the 1920s through the 1960s. These Greyhounds of the sea that were, at the time, the only way for civilians to cross the Atlantic. Formal dresses, the latest swimwear fashions, tea dresses, a bellhop uniform and a diamond-and-pearl tiara carried off the Titanic when she sank are displayed with backdrops of actual and replicated interiors, vintage luggage, steamer trunks owned by the Duke and Duchess of Windsor, lavish silver and china table services, menus, even the piano pictured in a celebrity photo of Marlena Dietrich. Interpretive signs recall anecdotes and stories relating to the artifacts and to the personalities who sailed.

The exhibit is an astounding collection of more than 200 objects and artifacts assembled by the museum’s curators and London’s great Victoria and Albert Museum from their own collections and from those of other museums and private collectors around the world. Through an extensive series of galleries, the exhibit follows the development of these liners from the late 19th century, their engineering advancements, their promotion as a luxurious means of travel, the influence of liners on design — from clothing to housing — and, with the development of aircraft, the transition of liners from point-to-point transportation to cruise ships where the destination is almost irrelevant.

It is hard to pick any one thing that dominates, so many objects grab the eye, the heart or the emotions. The collection of advertising posters is magnificent and demonstrates the development of advertising techniques as liners were perfected from the late 1800s through the mid-20th century. One of the more breathtaking items is a 1-ton model of the Queen Elizabeth, built for the Cunard Company offices in New York. The French liner Normandie, which burned at its dock in New York in 1942 while being outfitted as a troopship, features significantly in this show. Between 1935 and 1942, she was considered the most elegant of the liners, with an interior that was the effort of dozens of the finest artists and designers of France. It was the height of the art form known as Art Deco. Much of the Normandie we can admire here — original furniture, deck chair, panels and other items — survived because it had been removed for her transformation to troopship.

Another of the great ships represented in this show is the United States, launched in 1952, still the fastest liner to cross the Atlantic. While most liners took more than five days, she did it in three days, 12 hours. The design of her hull was considered a national top secret, the height of mid-20th century design. Astoundingly, the mock-up of her secret hull, used for pre-construction water testing, is part of this exhibit, as is the hull half-hull model dictating the placement of the steel hull plates. Moreover, the exhibit includes stunning furnishings like cocktail tables, large glass wall panels, chairs and even the signal flag décor from the swimming pool area.

Sea tragedy is also represented. The most famous, the Titanic, is in this show by itself and through its sister ship the Olympic. From the Titanic, there is a piece of a beautifully carved doorway from the First Class Lounge, found floating after the disaster. But Olympic was her sister ship and several items from it provide a deeper look into Titanic, including a large and beautifully carved wall panel. Particularly touching, for different reasons, is a display of three deck chairs, one from the sunk Titanic, one from the burned Normandie, and one from the United States, which was disgracefully abandoned to rot. Yet another reminder of tragedy is a partial wall panel from a public room found floating in the waters off Nantucket after the 1956 ramming and sinking of the Italian passenger ship Andrea Doria.

The range of objects in this exhibit is so wide that it will appeal to art lovers, poster fans, admirers of mid-century design, and even fashionistas. It is an exposition of more than a century of technical development, design, fashion, art and taste seldom gathered together in such a comprehensive way. See it before Oct. 9; after that you will have to travel to the Victoria and Albert Museum in London.