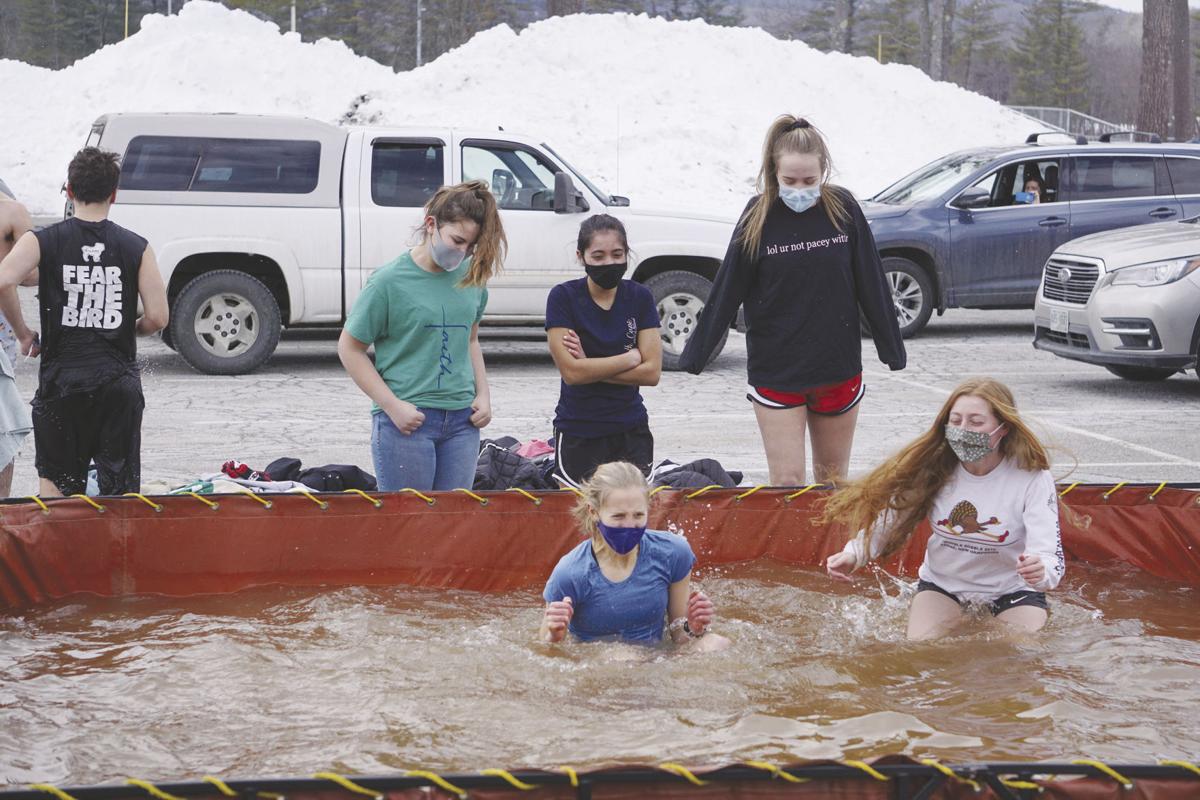 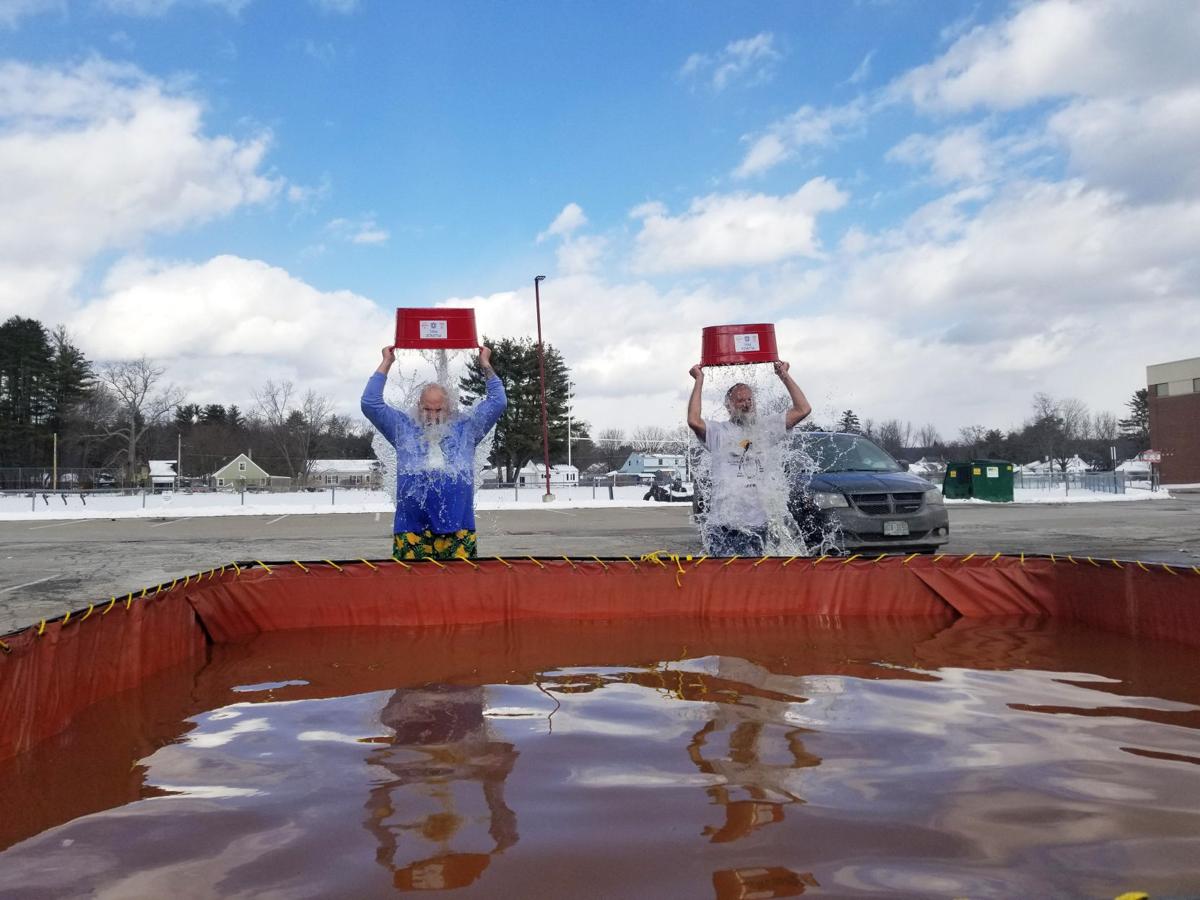 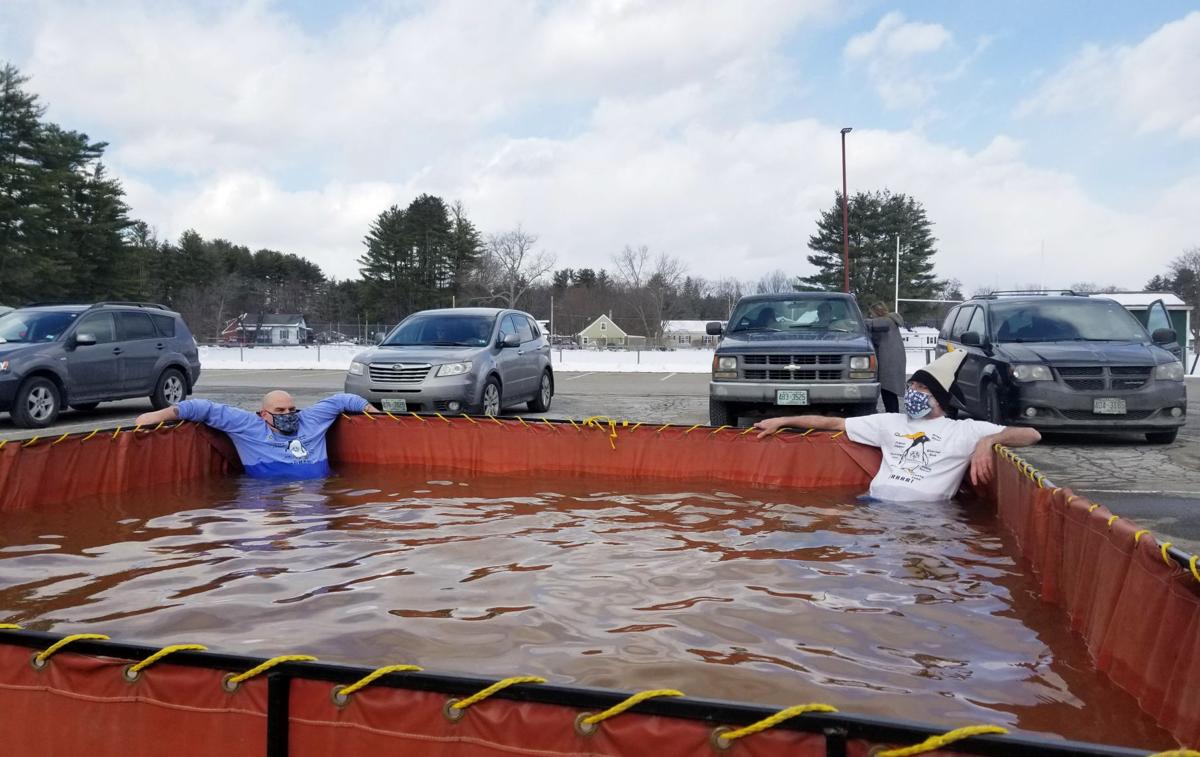 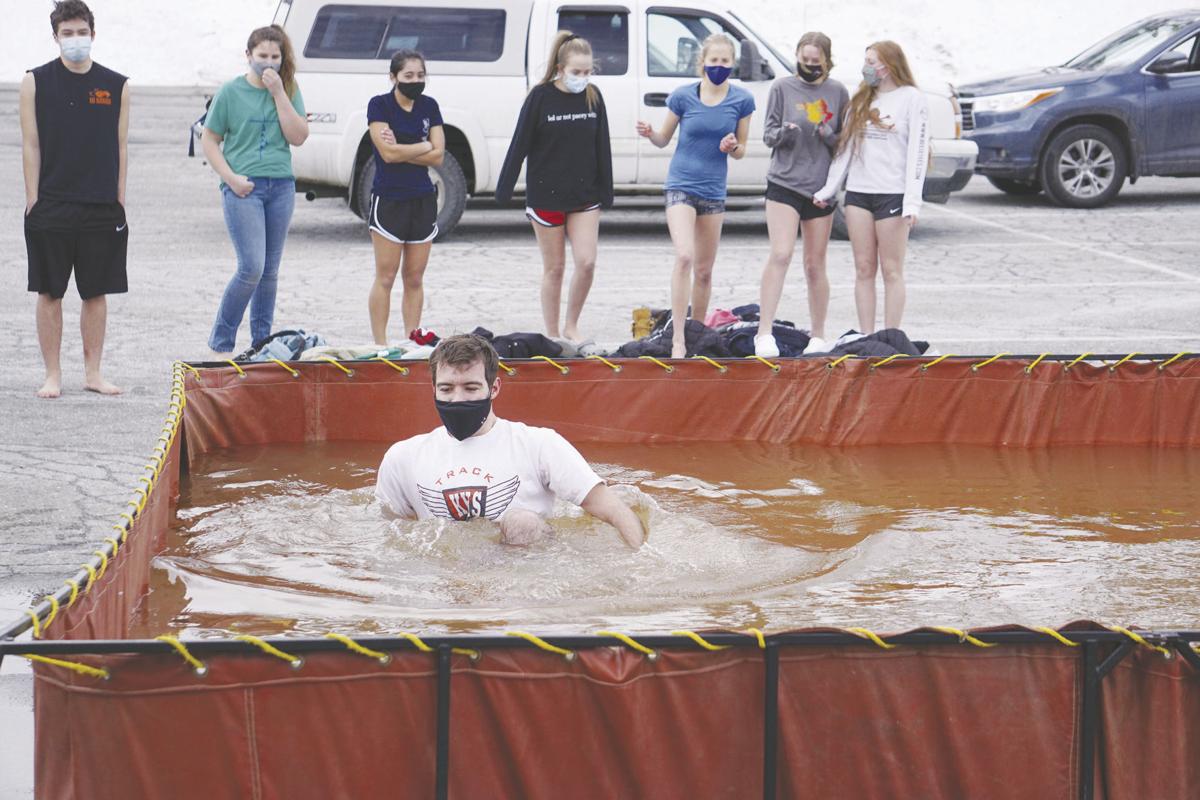 What do Hampton Beach and the parking lot of Keene High School have in common?

Before Saturday, not much. But now, both sites have hosted the Penguin Plunge, the largest annual fundraiser for Special Olympics New Hampshire.

Individuals and fundraising teams from across the state typically gather on the Seacoast the first weekend in February for an icy dip in the ocean to raise money for Special Olympics, but the COVID-19 pandemic this year prompted the organization to encourage communities to host do-it-yourself Penguin Plunge events throughout the state.

So, about 25 people from three area teams did it themselves Saturday, with the help of the Keene Fire Department, which provided a portable water tank to take the place of the chilly waters of the Atlantic Ocean. Two or three at a time, they stepped into the cold, shallow water and dunked themselves in, prompting plenty of exhilarated shrieks, and lots of cheers of support from the socially distanced crowd.

The three teams — longtime participants The Frozen Sections, which often ranks among the state’s top fundraising teams, and the Monadnock Regional High School Frozen Paws, as well as a group of Keene High School student athletes — have raised more than $20,000 for the event. Statewide, 968 individuals and teams have raised a total of $589,198 thus far. Fundraising for this year’s Penguin Plunge can continue through April.

For Dr. Dan Rath, a retired gastroenterologist at Cheshire Medical Center and team leader of The Frozen Sections, the plunge also marked his 20th straight year participating in the event.

“Everybody has their favorite causes, and this is my favorite cause, these Special Olympics,” Rath said. “And I actually love the event. Since I was a kid, I always, whenever I was near the ocean, no matter what time of year, I’d go in. And so this was the perfect event for me [to] get to raise money for Special Olympics and get to go in the ocean.”

And while Rath was the seasoned veteran Saturday, eight students from the Keene High Student Athlete Leadership Council took the plunge for the first time. The council, a student-run group that helps athletes connect with the community through fundraisers and other service projects, has been involved with the event on and off throughout the years, but senior Amelia Opsahl, the group’s president, said she hopes this becomes an annual tradition.

“I definitely try to think about things that hopefully can carry on,” Opsahl said. “Of all the events we do, I hope this is the one that carries on.”

Sentinel sports reporter Chris Detwiler contributed to this story.Jack Rooney can be reached at 352-1234, extension 1404, or jrooney@keenesentinel.com. Follow him on Twitter @RooneyReports.

Taking the Penguin Plunge in Keene