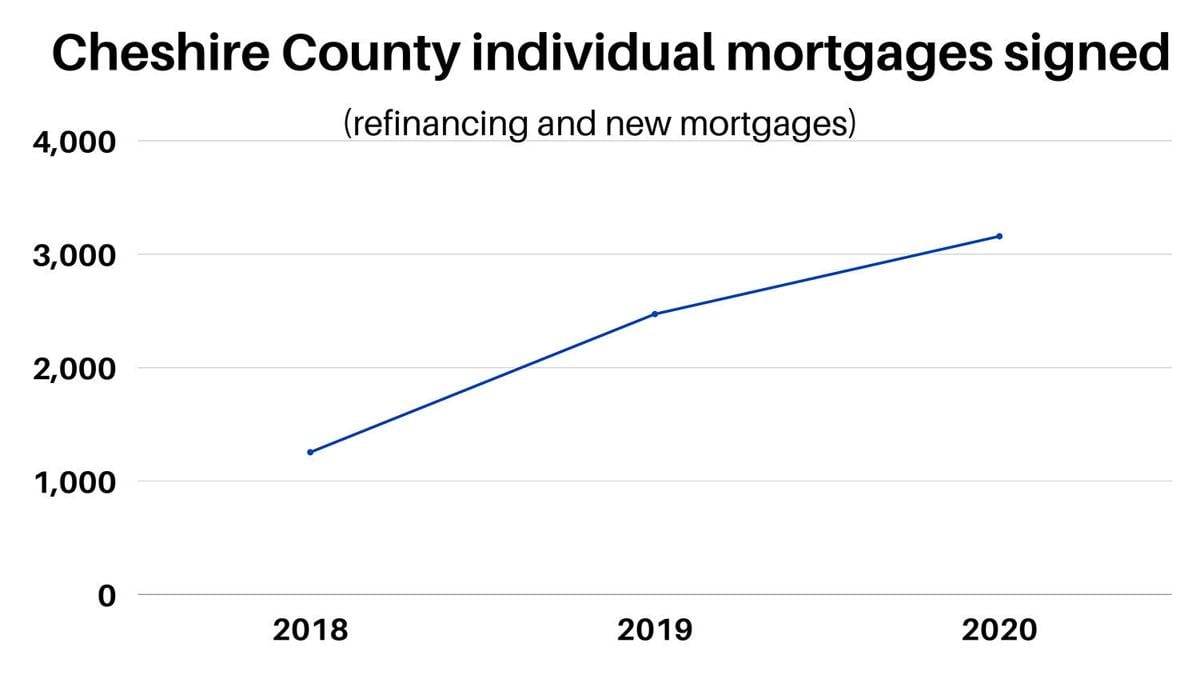 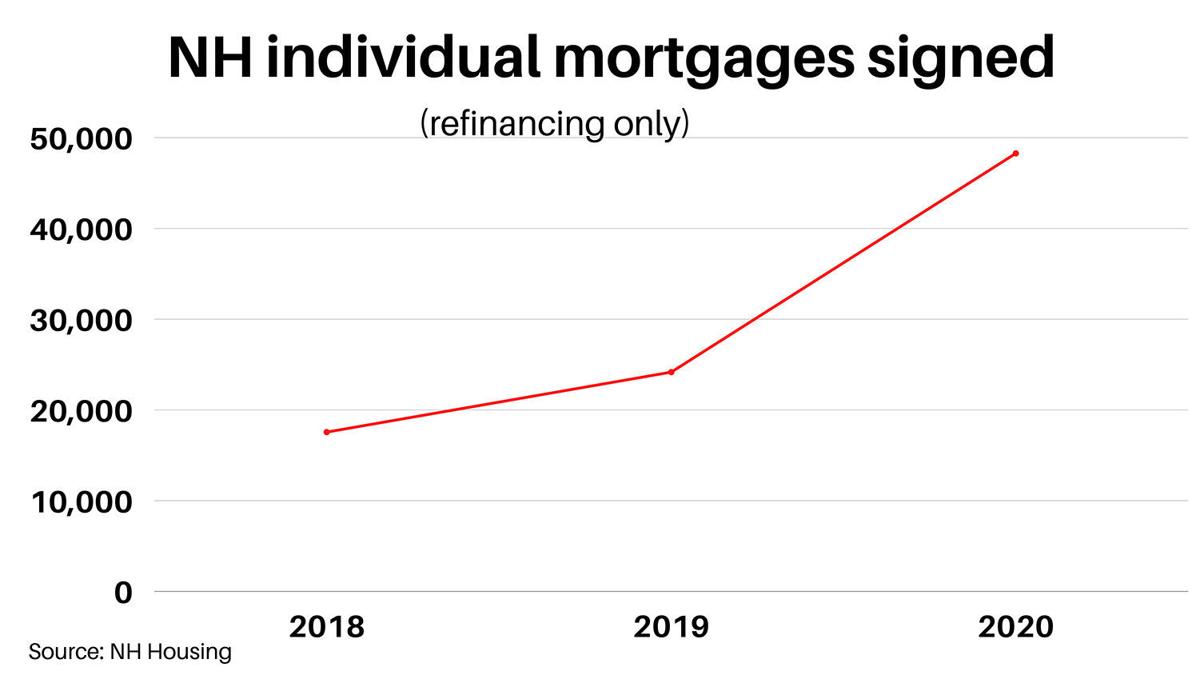 Jen Whitehead was a bit reluctant when her boyfriend suggested in November that they refinance the mortgages on two properties in Keene that they each own.

Whitehead, 48, said she had been making an extra payment each year on the South Lincoln Street home where the couple lives. She bought it nearly a decade ago, the extra payments putting her ahead of schedule to pay off her 30-year loan.

But after her boyfriend, Hans, said they should take advantage of low interest rates for mortgages, which dipped below 3 percent last year, Whitehead worked with Savings Bank of Walpole to refinance.

She signed a new 15-year mortgage in early January. The added expense — about $100 a month — is fairly modest, Whitehead said this week, and the new plan allows her greater financial freedom down the road.

“You’re looking at the long term for this stuff,” she said. “… The low interest rate is hard to say no to.”

Granite Staters refinanced their mortgages a combined 48,270 times last year, according to data from the independent state agency N.H. Housing.

That just about doubled the same figure from 2019, when N.H. Housing recorded 24,166 instances of refinancing. A year earlier, that number was 17,555.

Cheshire County residents signed 1,254 mortgages — for new homes and refinanced ones — in 2018, according to county records. That number jumped to 2,472 the next year and then to 3,158 last year.

Mark Bodin, president of Savings Bank of Walpole, which has branches in Keene and Walpole, said mortgage-related activity increased by 65 percent at the bank last year. Like Whitehead, a majority of SBW customers in those deals refinanced, rather than purchasing new homes, he said. He noted that very few houses in New Hampshire sold in 2020, particularly in the first half of the year.

Bodin attributed the refinancing frenzy to record-low mortgage rates, which he said for a 30-year loan at SBW have dropped from about 3.8 percent in January 2020 to below 3 percent.

“Rates were low before the pandemic, and they just went down so much more,” he said.

Nationally, the average interest rate for such loans has nearly been cut in half since reaching about 5 percent in November 2018, according to the federally backed lender Freddie Mac. Bodin said that trend has largely been driven by policies implemented by the U.S. Federal Reserve, which sets national monetary policy, and high demand for U.S. Treasury bonds, which reduces fixed-rate mortgages. (Mortgage rates regularly exceeded 6 percent earlier this century but have remained low since banks tightened their loan qualifications after the Great Recession.)

In addition to attractive borrowing rates, Bodin said some homeowners may have refinanced in response to widespread economic uncertainty in the past year, marked by a spike in unemployment after the COVID-19 outbreak last spring.

“Because of the pandemic, people are probably a lot more aware of their financial situation and trying to manage and improve wherever they could,” he said.

That led some homeowners to shorten the length of their mortgage, while many have reduced their monthly obligations by paying down their loan, according to Bodin. Others, he said, opted for a cash-out refinance, which lets homeowners increase their mortgage and collect the difference in cash, for added short-term flexibility.

“Having the lower rates just benefits people in so many ways,” he said.

Debbie Austin-Brown, who manages the HarborOne Mortgage branch in Keene, said she has also seen a flurry of similar moves in the past year. In that stretch, Austin-Brown estimated that she has handled at least twice, and sometimes close to three times, as many mortgage-related deals each month as she had previously.

Like Bodin, she chalked up the refinancing surge to extremely low mortgage rates, which she said have also contributed to the soaring price tags on many home sales.

“When money is cheap, people can spend more on a house … and have an equivalent payment to what they could have with higher rates and a lower price,” she said.

Austin-Brown said homeowners are likely being driven to refinance by chatter about the low rates on social media and in the news, adding that “it depends on how people get their information.”

HarborOne’s 30-year mortgage rates have risen slightly since falling well below 3 percent last year, according to Austin-Brown. She said that while policies meant to stimulate the economy often boost the rates, the market may have already internalized any anticipated bump from the $1.9 trillion legislative package that President Joe Biden has proposed.

Bodin predicted that mortgage rates will rise slowly and said he doesn’t foresee any quick increase “for a while.”

Explaining that many recent SBW customers’ mortgages had previously been held by large national and international banks, Bodin said he thinks the pandemic has encouraged people to support businesses in the community.

“So many people are opening accounts and saying, ‘It’s time. We’ve put it off, but we really want to do business with a local bank,’ ” he said. “That really came through in a lot of the refinancings and the [home] purchases.”

For her part, Whitehead said she was drawn to SBW because, as a local bank, its assets stay in the community.

The move also allowed her to take a cash-out refinance and collect $17,000. Whitehead said she plans to put the money toward purchasing a second property soon.

“It wasn’t a huge savings either way, but the cash-out was super attractive,” she said.