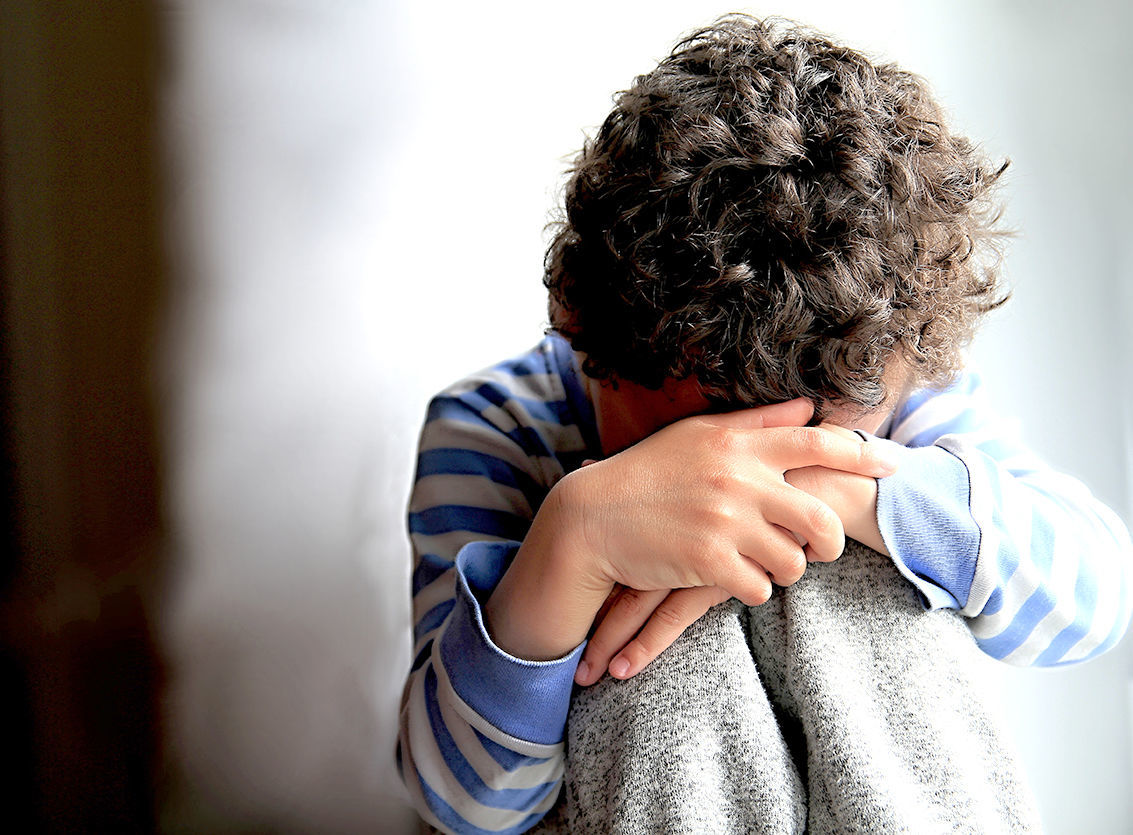 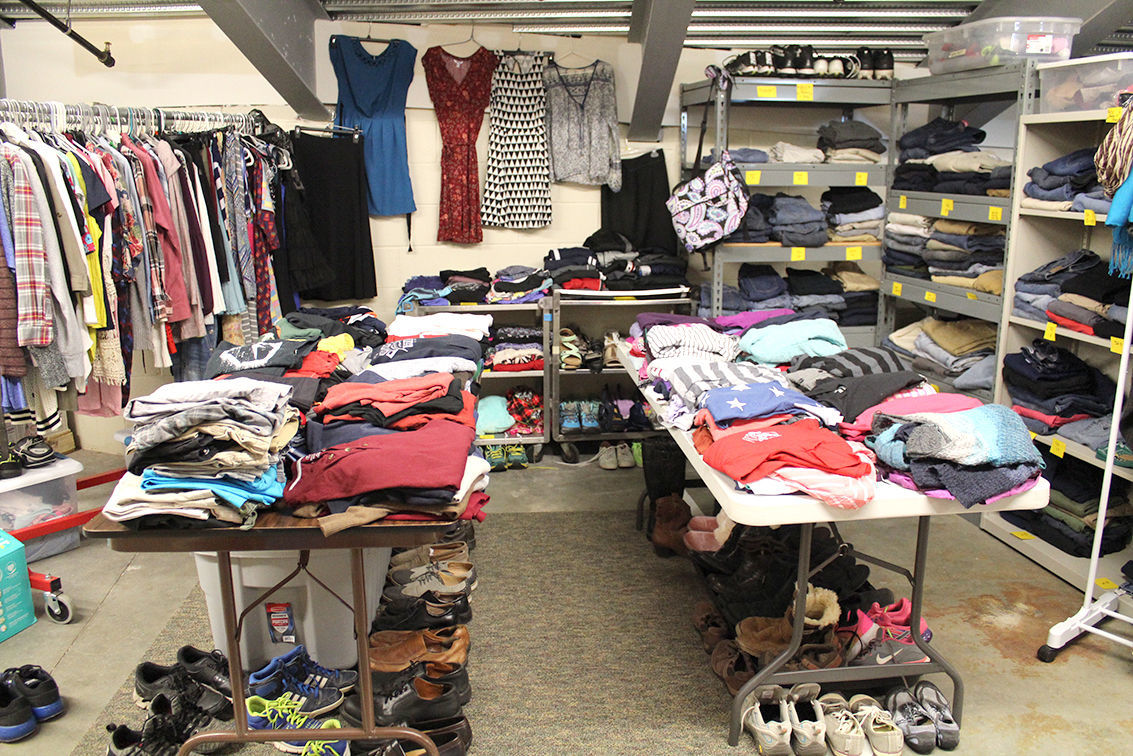 The KMS Closet at Keene Middle School, organized by Andrea Plaskiewicz and others in the school’s parent group, offers free clothing and other items to students in need.

The KMS Closet at Keene Middle School, organized by Andrea Plaskiewicz and others in the school’s parent group, offers free clothing and other items to students in need.

Many take for granted knowing where they’ll sleep or where their next meal will come from. But for children living in poverty, even these basic needs are often uncertain.

In Cheshire County, more kids fall into this category than people might realize.

Recently published data by New Futures indicate just under 15 percent of Cheshire County children were living in poverty in 2016. This exceeded New Hampshire’s average of 11 percent, and ranked the county as having the second highest child-poverty rate in the state.

Cheshire County’s rates are eclipsed only by Coos County, with nearly 21 percent of children living in poverty and more than 28 percent of households with kids enrolled in SNAP.

“I think that surprises everyone, because a lot of people who live [in Cheshire County] think it’s a very affluent county, and it really isn’t,” said Phoebe Bray, executive director of The Community Kitchen in Keene.

Cheshire County residents face infrastructure gaps, such as minimal affordable housing and limited transportation options, that can drive those of low incomes further into poverty. And for kids in this situation, this can have long-lasting impacts on their academic achievements and health.

The data presented by New Futures uses federal poverty guidelines, which are released every January and vary based on household size. The poverty level for a family of four in 2019, for example, is an annual income of $25,750.

Family structure can be a big factor in where a household falls on the poverty line, said Rebecca Woitkowski, Kids Count policy coordinator for New Futures, a nonpartisan Concord nonprofit organization.

In Cheshire County, the median income for married-couple families was just over $90,000 in 2016, while households led by a single mother had a median of $28,558.

This financial stress is often shifted onto the kids, according to Melissa Mucha, school adjustment counselor at Benjamin Franklin Elementary School in Keene.

“When any developing child undergoes a chronic amount of stuff, they are physiologically impacted,” Mucha said. “Managing the unknown can be extremely difficult.”

Poverty is considered an adverse childhood experience, as is growing up in an abusive household or having parents go through a divorce, said Phil Wyzik, executive director of Monadnock Family Services in Keene.

Poverty creates toxic stress, he added, which occurs when someone experiences prolonged adversity. This can also happen with other adverse childhood experiences, but Wyzik said it’s more prominent with long-term poverty.

And there are other physical health concerns, according to Dr. Deborah Hansen, a pediatrician at Cheshire Medical Center in Keene.

She said kids living in poverty often become obese, due to a lack of fresh foods or the inability to prepare a balanced meal.

About 25 percent of her patients are considered obese, Hansen added, with higher risks of it as they hit adolescence. Diabetes and heart issues, both related to obesity, are also risks for those living in poverty.

To combat this, Hansen said those who see these kids regularly do their best to connect their families with local support. But for families who need multiple referrals, it can be a challenge to find the best agency.

“Sometimes you don’t know where to start. It would be good to have a hub of where the resources are in the community,” Hansen said. “I’m sure there are other [resources] we don’t always know exist.”

Children and teens in families lacking resources are also at greater risk for poor academic achievement, school dropout and developmental delays, according to Liz Chipman, executive director of the Keene Housing Kids Collaborative.

“Kids from low-resource households enter kindergarten behind, and they never really catch up,” she said. “Those who qualify for free-and-reduced lunch are two years behind ... there are exceptions, but that’s what’s common.”

Resources like Head Start — a free, income-based preschool program — are available to help bring children in poverty up to speed. But, with the high number of kids needing to be enrolled, space through Southwestern Community Services’ Head Start program is tight.

“The children who get a spot here are lucky to have it because they are able to come here for four hours per day and get two meals a day,” Weber said, noting the program also refers families as needed to additional resources. “But, now we have a waiting list in Keene.”

Within Keene, there are a variety of resources for families of low income, such as The Community Kitchen and Keene Housing. But beyond the Elm City’s borders, the options start to get scarce.

Woitkowski, of New Futures, said this was a common trend seen in rural areas by those doing the study. And while this isn’t directly connected to high poverty levels, she noted, it can certainly leave families in poverty longer.

“... having any kind of housing that may be affordable out[side] of Keene we can’t gauge because they don’t have transportation, so they won’t live outside of Keene,” she said. “And it’s a very expensive prospect to try and develop affordable housing in smaller towns.”

Twenty-three percent of the people The Community Kitchen serves are school-aged children, according to Bray. This has been relatively consistent for years, she noted, and amounted to 827 kids last month.

There are 7,340 people in Cheshire County who are food insecure — meaning they don’t know where their next meal is coming from — according to data from the N.H. Food Bank.

Many families with children come to The Community Kitchen once a week. Others might not show up until the end of the month, when their SNAP benefits run out and bills are due.

Bray stressed that most of these families aren’t lazy or unmotivated, like many assume about those living in poverty. And for the majority of parents she sees, finding full-time employment is a huge struggle.

“We have several people who come through the pantry, and they have multiple jobs. You have to get at least two to get to 40 hours ... and I’d be surprised if it came with benefits.”

But even with two or three minimum-wage jobs in New Hampshire, it’s often not enough to find a decent place to live. These breadwinners are earning only $7.25 per hour, the state’s minimum wage since 2015.

Melinda L. “Mindy” Cambiar, executive director of Hundred Nights homeless shelter and resource center in Keene, said the combination of not getting paid enough to live and the county’s lack of affordable housing is “deadly.”

“We just had a family who was [staying in the shelter] for one whole year,” she said. “Where do you find an apartment for $300 per month, with utilities included? You can’t.”

The shelter has seen an increase in families with children since 2016, Cambiar said, when it may have seen one or two who’d stay only a few nights.

Though she’s not sure what’s caused the spike, adding more kids to the shelter’s already crowded space can make it chaotic.

“You’ve got little kids running around with adults, who are singles, who might be coming in a little intoxicated, and [kids] are trying to do their homework or trying to play,” she said. “It gets very busy in the evenings here.”

As of Friday, there were 20 children staying at the shelter, and 50 using the organization’s other resources, such as free meals.

Keene Housing’s voucher programs can help those in poverty find affordable apartments in the Monadnock Region. But, there’s often a lengthy wait list.

Even still, Mucha said a two-year wait takes a lot of patience for families who are struggling.

“It takes a lot of courage for them to ask for help, for them to persevere through all the disappointments,” she said. “You [could be] 175 on the waiting list, and two months later you’re 165. That’s hard.”

And though many local entities could easily list off issues those in poverty face, finding a way to address them isn’t so simple.

“The biggest issue is trying to adjust the affordable-housing issue and living-wage issue, and I don’t know how you actually make that happen,” Cambiar said. “Even if we decided to build affordable housing, it’s not going to be here for years ... I just hope it all gets better.”