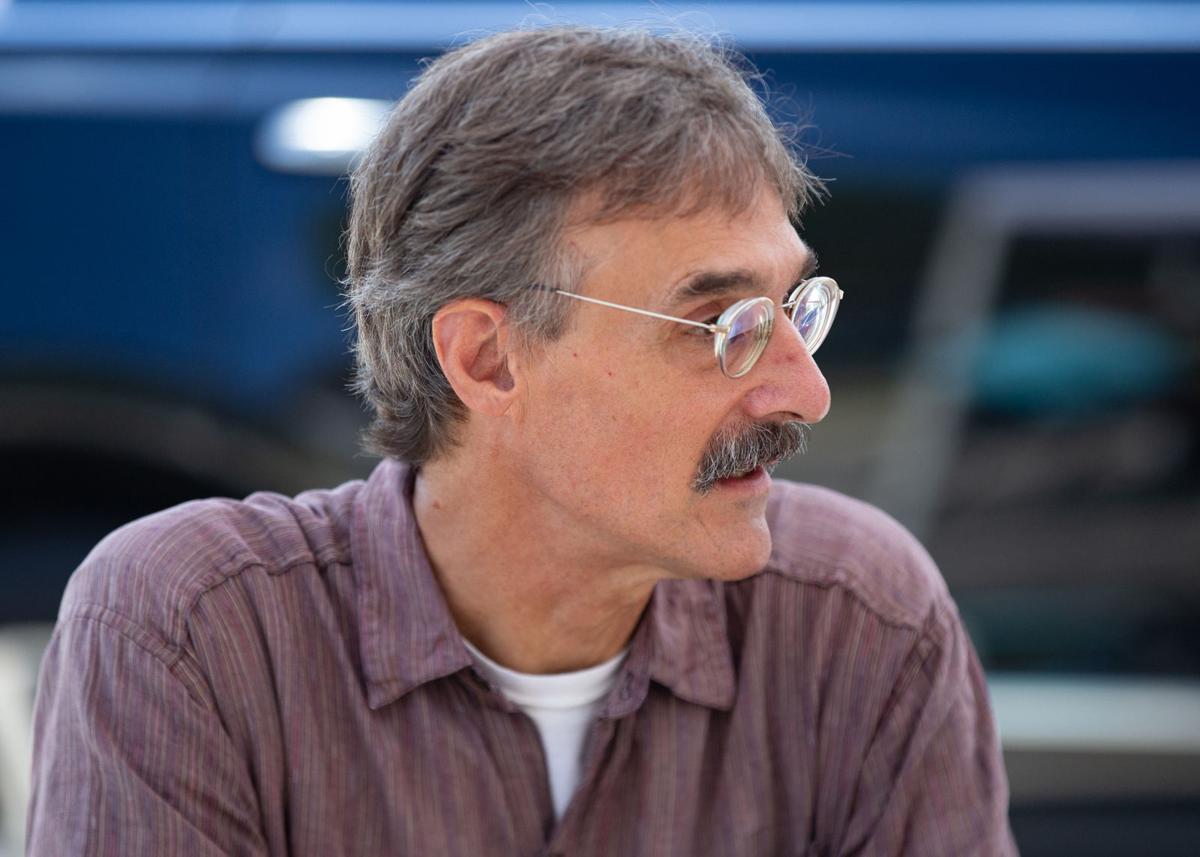 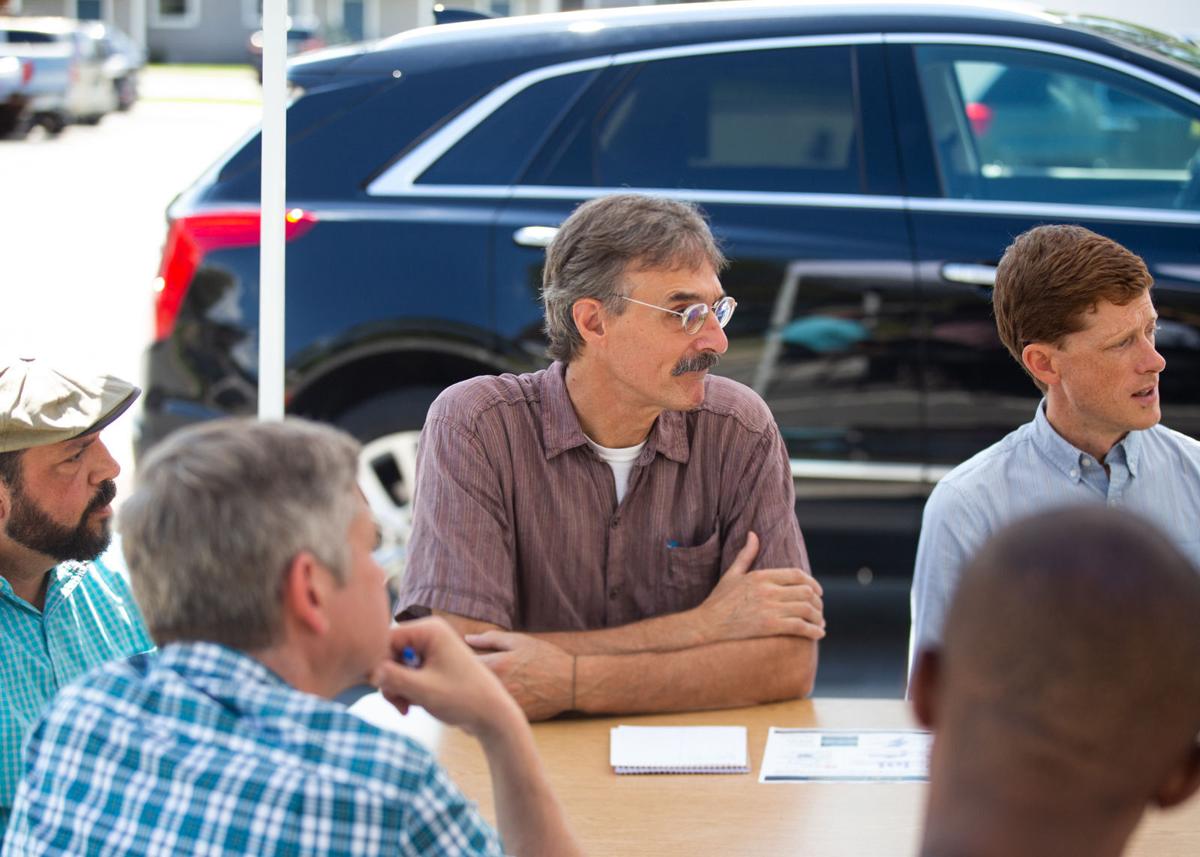 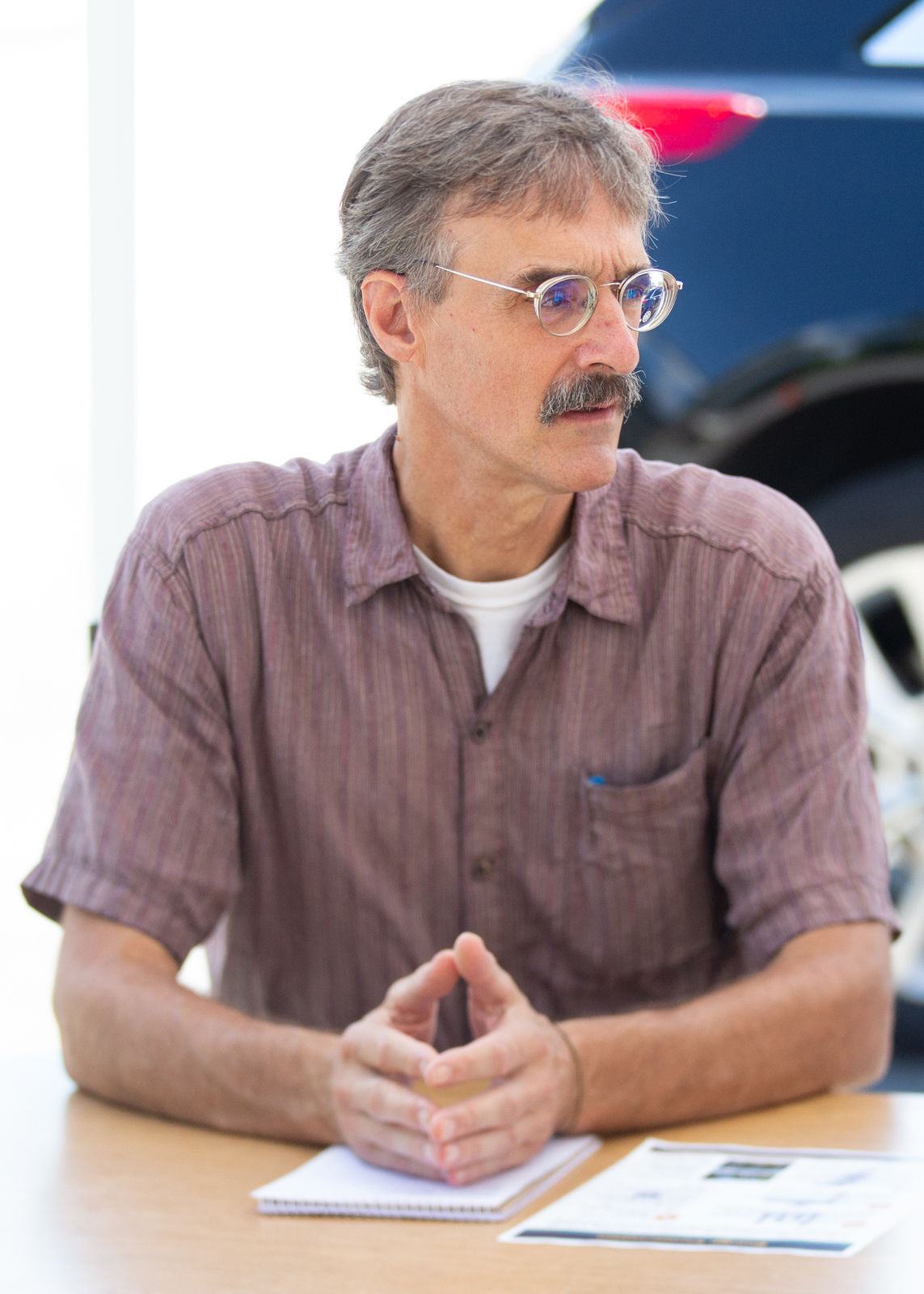 For Rhett Lamb, city planning has always been about making decisions today with an eye on where they might lead tomorrow.

For years, Lamb, who turns 62 today, used that philosophy to help guide the City of Keene as it navigated a range of changes, from sustainability initiatives to the city’s introduction of roundabouts to pushing for pedestrian and bicyclist infrastructure.

Now, Lamb’s eye toward the future has him looking at retirement. After 25 years as Keene’s community development director, Lamb’s last day is Dec. 3, the city announced this week.

Lamb, a Boston-area native who moved to Keene to start working for the city after a stint working in the construction and mountain sports industries in northern Vermont. Before that, he earned a master’s degree in urban and environmental planning from Tufts University in Massachusetts. He said he was first drawn to the Elm City for an opportunity to work for former Planning Director Peter Ryner, whose work in the areas of green infrastructure, preservation and looking at the impacts of development were in line with Lamb’s own goals.

But unfortunately, he never got the chance, saying that Ryner left his job at the city just weeks before Lamb started. But he did get the opportunity to jump right into the planning director role after it was vacated and continue the work of his predecessor.

In a news release Monday, City Manager Elizabeth Dragon credited Lamb’s forward-thinking approach to planning with many of Keene’s successes during his tenure.

“Rhett brought many skill sets to the city but probably the most important skill has been his ability to think ‘big picture’ and help others to do the same,” she said. “This long range thinking has helped the city get to where we are today and for that we owe Rhett a debt of gratitude.”

Over the years, Lamb and teams of people that have included other city staff and officials, as well as members of the public, have accomplished quite a bit. He said that one of the first things he did when he started working for the city was get involved with efforts to enhance bicycle infrastructure.

Working to provide people with an alternative transportation option that was both better for the environment and for their own health was exciting, Lamb said, adding that the city is still building on that program.

“Ever since then, we’ve been getting grants and getting money and building bike paths for 25 years,” he said, “so that now we have this really amazing system that continues to grow.”

The city is currently working on its latest bike-path project, the Transportation Heritage Trail, which will link the Industrial Heritage Trail, which ends at Eastern Avenue, with the Cheshire Rail Trail near the Swanzey town line, using the Old Stone Bridge off of Route 101, and two other historic bridges.

Lamb also said he’s been active with several other initiatives, including the city’s historic preservation efforts, other transportation changes like the introduction of roundabouts, and a recently finalized project to shift the city’s downtown to a form-based approach to zoning, which focuses more on aesthetic rather than use.

But environmental sustainability and fighting climate change have been at the forefront of Lamb’s focus. From upgrading older wood-burning stoves to reduce particulate matter in the air to championing solar installations at city buildings, Lamb has prioritized cutting down on the city’s carbon footprint.

Like other things he’s worked on, Lamb said much of his environmental and sustainability work in Keene has been driven by city residents who want to see the community be greener. Some of these projects have included taking an inventory of the way the city used its energy and looking for ways to save money and power, such as weatherization programs and making efficiency upgrades to systems throughout Keene’s departments.

More recently, he’s been involved in the city’s formation of a sweeping energy plan that aims for a 100 percent renewable energy supply across the city for electricity by 2030 and for thermal and transportation energy by 2050. A major piece of this, which Lamb has been involved with, is implementing a community power program, which has been approved by the city council and is awaiting the green light from the state’s Public Utilities Commission.

“I think [a community power program] is one of the most significant things the city can do to change its trajectory,” he said, adding that the program also gives people options for purchasing renewable energy without breaking the bank. The program will enable the city to purchase power on behalf of its citizens, giving the city more of a say over how much renewable energy is consumed in Keene.

Dragon said the city will begin its recruitment process to find Lamb’s successor this week. The job description has been updated, she said, so that the next person to fill the community development director role will also be active in the economic development department, which Dragon said has always been the case, but now it will be more defined.

In the meantime, Building and Health Officer John Rogers and Economic Development Director Med Kopczynski will help to fill Lamb’s shoes until a new director is hired.

After his retirement, Lamb plans to head to Cushing, Maine, where he owns property, to “try a new version of life.” He said he’s looking forward to spending some time in the great outdoors and working on his classic cars.

Lamb reflected fondly on his years working for the city. But he emphasized that none of his accomplishments were achieved in a vacuum and credited the passionate residents of the city with enabling much of the progress that has been made during his tenure.

“I just can’t imagine working for a better place,” he said, “not just the city as an entity, but with citizens that care so much about their community. That’s the hallmark here, that people care so much about the City of Keene, and I think they will continue to care. I’ve always appreciated that.”