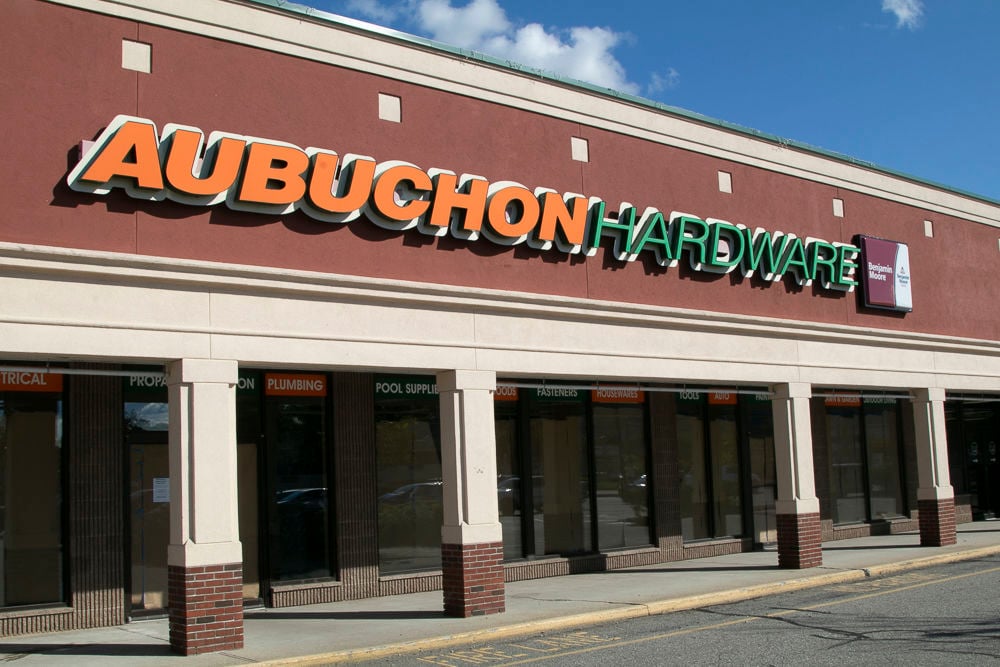 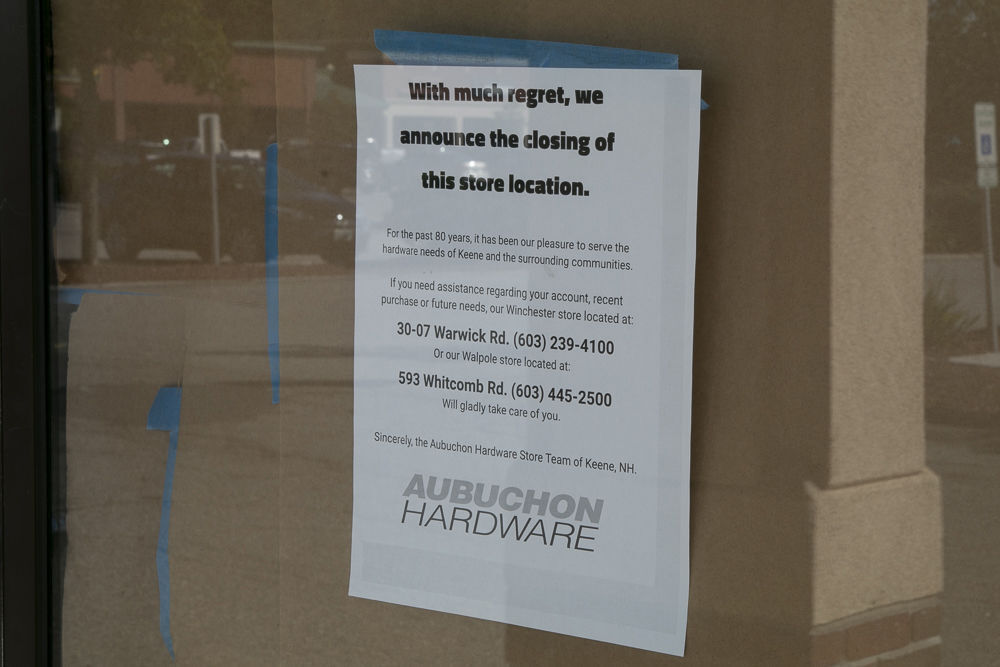 A sign on the front of Aubuchon Hardware in Keene, as seen Tuesday afternoon, notifies customers of the store’s closure.

A sign on the front of Aubuchon Hardware in Keene, as seen Tuesday afternoon, notifies customers of the store’s closure.

The Keene branch of a multi-state hardware chain has permanently shut its doors.

Aubuchon Hardware at 401 West St. closed Tuesday, according to Bernard Aubuchon, the company’s executive chairman and grandson of its founder, William Aubuchon.

“For the past 80 years, it has been our pleasure to serve the hardware needs of Keene and the surrounding communities,” read a notice taped to the storefront, where the windows were papered up.

The decision to shutter the store in the West Street Shopping Center came because it wasn’t seeing enough patronage, Bernard Aubuchon said.

“It’s not had enough business for a few years now,” he said.

The Keene location employed about 10 people, Bernard Aubuchon said. Some of them were offered positions at other Aubuchon Hardware stores. The company informed workers of the store’s closure Tuesday, he added.

According to the company’s website, Aubuchon Hardware is the country’s oldest family-owned and managed hardware store chain, and has more than 100 stores across New England and New York, including locally in Winchester and Walpole — both of which remain open. Aubuchon also had a location in Rindge, which closed about five years ago due to a lack of business, Bernard Aubuchon said.

The company was founded in 1908 in Fitchburg, Mass. The Keene store was on Roxbury Street for its entire 80-year history until moving to the West Street site, which formerly housed Fashion Bug, in 2012.

“We gave it a good try. We tried moving, but that didn’t help us much as we hoped it would,” Bernard Aubuchon said. “... It was once of our better stores, until the big boxes moved into Keene. They just took too much business away.”Molly Bolan can be reached at 352-1234, extension 1436 or mbolan@keenesentinel.com. Follow her on Twitter @BolanMolly.