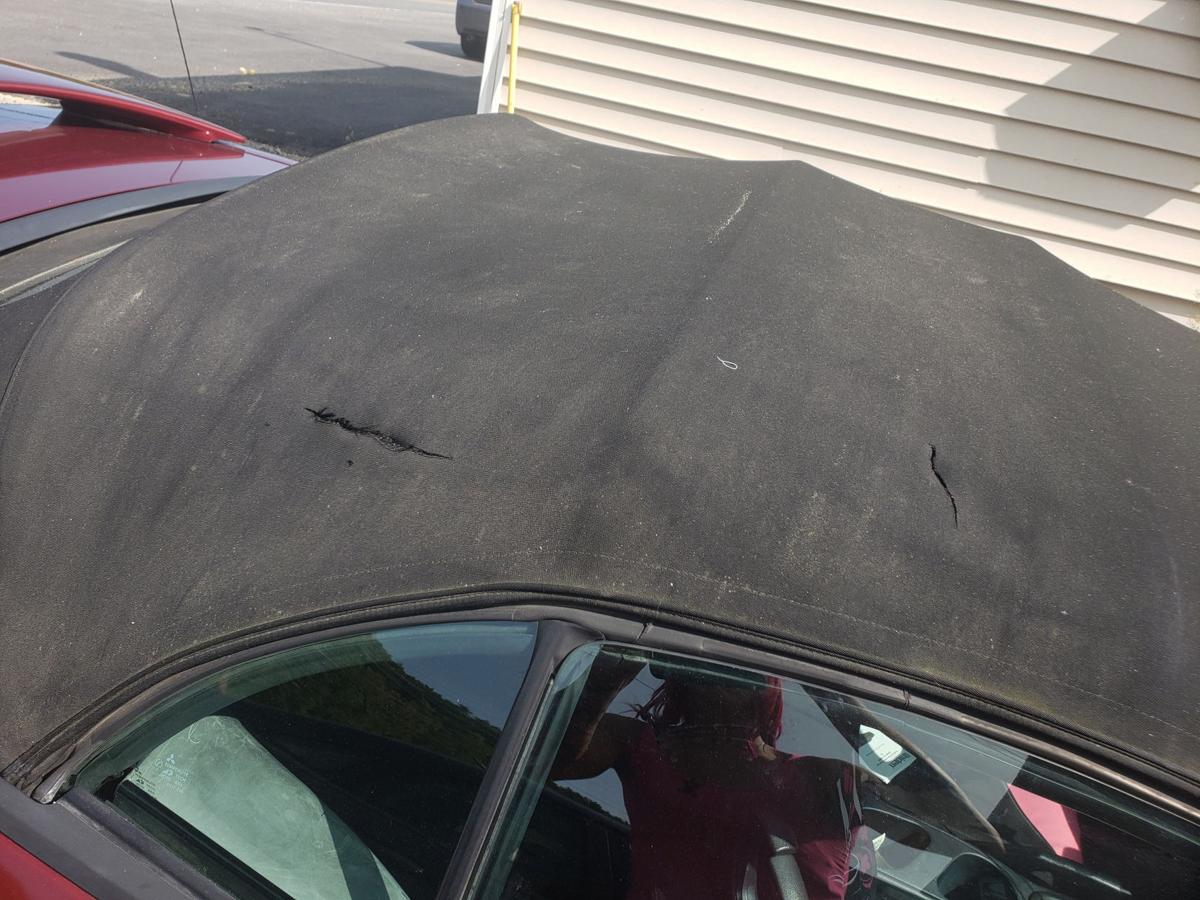 Along with graffiti bearing a lewd image and homophobic slur, Keene resident Aria DiMezzo says the vandalism to her car over the weekend included the canvas top being slashed. 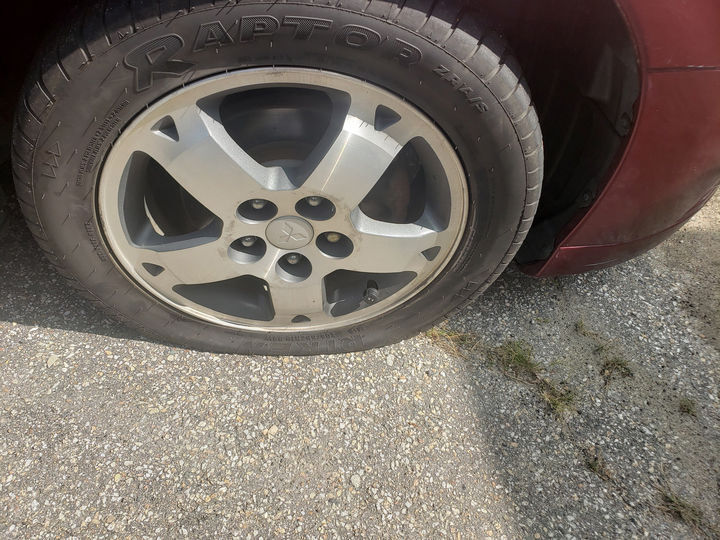 Along with graffiti bearing a lewd image and homophobic slur, Keene resident Aria DiMezzo says vandalism to her car over the weekend included a tire being slashed.

Along with graffiti bearing a lewd image and homophobic slur, Keene resident Aria DiMezzo says the vandalism to her car over the weekend included the canvas top being slashed.

Along with graffiti bearing a lewd image and homophobic slur, Keene resident Aria DiMezzo says vandalism to her car over the weekend included a tire being slashed.

A Keene woman drawing local and national attention for her self-described “anarchist” campaign for public office says she was the target of vandalism over the weekend. The vandalism included homophobic graffiti among other destruction to her vehicle.

Aria DiMezzo, a transgender woman who won the uncontested Republican primary for Cheshire County sheriff last week, said a neighbor alerted her to damages to her car Sunday morning.

Photos of the car that DiMezzo took Sunday show an anti-gay slur written in black spray paint, surrounded by an image of a penis, on the passenger side. The car’s right front tire and the canvas top for its convertible roof were also slashed open.

“I expect this sort of thing to come from people who are hateful,” DiMezzo said. “It makes me very sad, but at the same time, I can’t help but laugh because there’s nothing else to do.”

DiMezzo believes the vandalism occurred during her shift Saturday night, when the car was parked outside her Keene workplace, because security cameras on the property where she lives did not show any incidents later that night. DiMezzo said she did not see the damage Saturday night because most of it was on the passenger side. She added that it probably occurred shortly before her shift ended, since she did not notice having a flat tire while driving home.

DiMezzo said a friend was able to remove the spray paint from the car, a 2003 Mitsubishi Eclipse Spyder that she purchased several weeks ago, and planned to replace the deflated tire Monday afternoon. She noted that the damage to the convertible’s canvas rooftop would cost about $2,000 to repair.

DiMezzo added that she plans to pay for the expenses out of pocket because filing an insurance claim would require reporting the vandalism to law enforcement, whom she broadly criticizes during her political campaign, alleging they discriminate against Black and LGBTQ+ Americans through unjust policing tactics.

As of Tuesday morning, a GoFundMe campaign that DiMezzo said another friend organized had raised more than $1,300 for the repairs.

The vandalism occurred as DiMezzo’s campaign for Cheshire County sheriff began garnering attention from national and international media. DiMezzo calls herself a “libertarian anarchist” on her campaign website and uses the political slogan “Fthe police.”

If elected sheriff, DiMezzo has pledged to stop enforcing “victimless” crimes that do not directly harm other people, such as certain drug-related offenses. She previously ran for sheriff in 2018, when she earned less than three percent of votes as the Libertarian Party’s nominee. DiMezzo will face Sheriff Eli Rivera, a Keene Democrat seeking his fifth consecutive two-year term, in the Nov. 3 general election.

She said she is unsure whether the vandalism is connected to her campaign, given that it appears to have occurred at her workplace, rather than her home.

“Anyone who just happens to be transphobic will see me [parking at work] and then will recognize my car,” DiMezzo said. “It could very well be coincidental timing, where the person finally had the courage to express their enmity.”

She noted that she had never previously faced transphobic bigotry since moving to the Granite State more than two years ago.