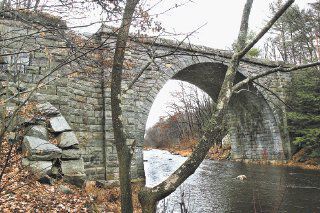 The stone arch bridge over the Branch River on Route 101 in Keene will be refurbished as part of the new Transportation Heritage Trail. 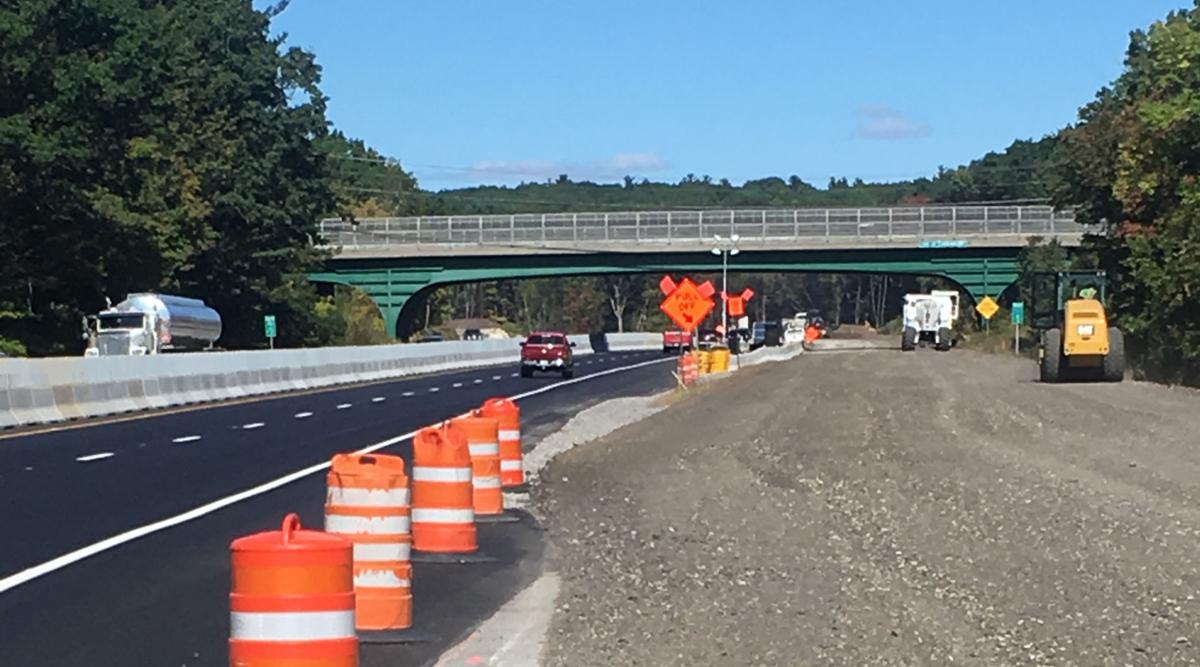 The Robert J. Prowse Memorial Bridge, as seen before it was taken down in Londonderry, is set to come to Keene as part of a new phase of the rail trail project.

The stone arch bridge over the Branch River on Route 101 in Keene will be refurbished as part of the new Transportation Heritage Trail.

The Robert J. Prowse Memorial Bridge, as seen before it was taken down in Londonderry, is set to come to Keene as part of a new phase of the rail trail project.

The city of Keene has decided to buy a bridge. Now comes the work of getting it here.

Previously sitting over Interstate 93 in Londonderry, the 1962 bridge will be used to expand the local rail trails.

“This bridge is going over Route 101 connecting the Cheshire Rail Trail, Eastern Avenue across to the Stone Arch Bridge,” said Councilor Janis Manwaring, chair of the council’s Municipal Services, Facilities and Infrastructure Committee, which recommended the city move forward with purchasing the bridge. “So that’s very exciting, to make the rail trail even longer.”

During their meeting last week, the council voted unanimously to authorize City Manager Elizabeth Dragon to negotiate the city’s purchase of the Robert J. Prowse Memorial Bridge, which is currently disassembled and being stored in Londonderry.

The 216-foot Prowse bridge was removed from its original location along I-93 in Londonderry between December 2018 and January 2019, during a construction project to widen the highway. Due to the bridge’s historical significance, the N.H. Department of Transportation required that efforts be made to preserve the bridge, according to the agenda packet from last week’s council meeting.

To do this, the DOT sought proposals for ways to reuse the bridge, and Keene’s proposal to reconstruct it over Route 101 as part of the city’s planned Transportation Heritage Trail — which will celebrate the region’s transportation history — was ultimately selected, according to the agenda packet.

“The thing I’m always concerned about is safety, and when I take a bike down to that point on 101, I’ve run across 101 with my life in danger,” said Councilor Stephen Hooper. “So this will help all of the public in the future to be able to cross 101 safely.”

The Transportation Heritage Trail will link the Industrial Heritage Trail, which ends at Eastern Avenue, with the Cheshire Rail Trail near the Swanzey town line. The Prowse bridge would be one of the three historic bridges used in the project, which would also include rehabilitating the Stone Arch Bridge off Route 101. And portions of the Island Street bridge, which is set to be replaced as part of an upcoming reconstruction project on Winchester Street, will be used to carry the Transportation Heritage Trail over Swanzey Factory Road.

The Prowse bridge is a steel rigid-frame structure with five parallel and nearly identical frames, according to the DOT. Named for its DOT designer, Robert J. Prowse, “[t]he bridge reflects the post-World War II initiative for highway bridge designers to produce connections through welding rather than riveting technology.”

Purchasing the bridge would come with some stipulations designed to preserve the bridge’s historical integrity. These include allowing the state to inspect the bridge after it is installed, submitting annual stewardship reports to the state for 10 years and holding the city responsible for future maintenance of the bridge.

While the purchase price for the bridge will be just $1, the cost of getting the bridge to Keene and assembling it will be more costly.

During a March 24 meeting of the council’s Municipal Services, Facilities and Infrastructure Committee, City Engineer Don Lussier said that several years ago, civil engineering students from the University of New Hampshire looked at what it would take to get the bridge to Keene.

“Because it’s already been cut into sections, it gets a lot easier, but it is an oversized, overweight load that would have to be taken over the highways,” Lussier said. “[The students] got estimates from heavy haulers in the range of $20,000 to move that.”

He added that the project is included in the city’s Capital Improvement Plan, and that the city is expecting to spread out the cost of the project over several years. According to the plan, the entire Transportation Heritage Trail project is expected to cost nearly $2.58 million.

During the council meeting last week, Dragon noted that the bridge can remain stored in its current location for the next 10 years, giving the city time to come up with ways to pay for the bridge to be transported and rebuilt. This could include applying for grants or fundraising, she said.

Manwaring noted that grant options are already being looked at. She also said that Pathways for Keene, a non-profit organization where she serves on the board of directors, will be fundraising for the project as well.

“Yes, it is expensive,” she said. “But at least we don’t have to add the cost of a bridge to this project.”