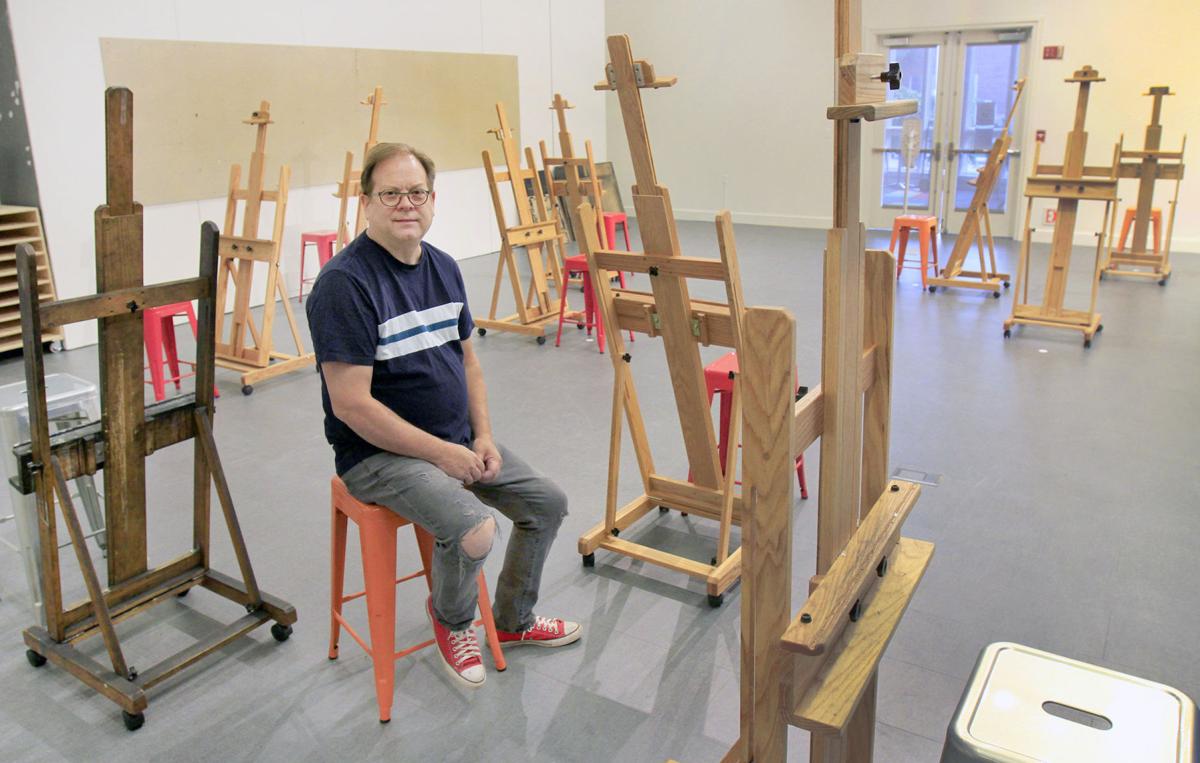 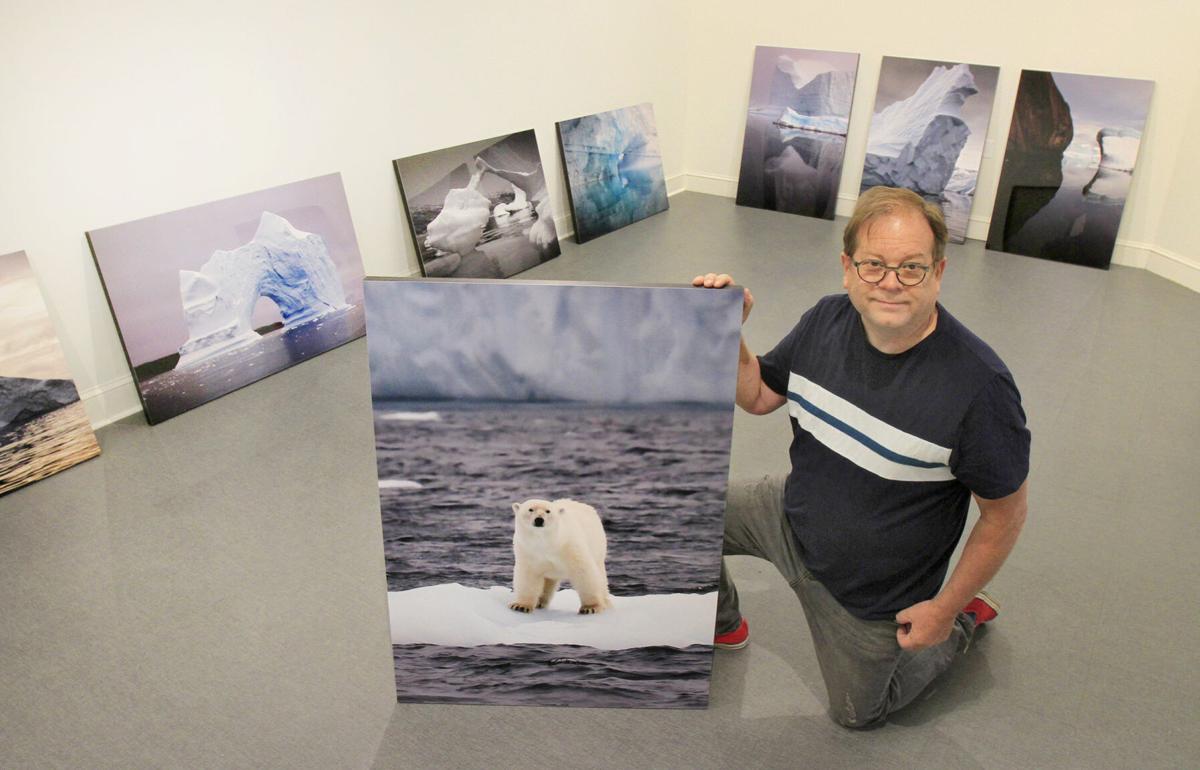 Paul McMullan, faculty coordinator at Keene State's Thorne-Sagendorph Art Gallery, with photographs by Peter Roos, of Walpole, faculty emeritus in the art department. Roos' exhibit, "Letters from Greenland," will be on display at the gallery for students and online for the public in September.

Paul McMullan, faculty coordinator at Keene State's Thorne-Sagendorph Art Gallery, with photographs by Peter Roos, of Walpole, faculty emeritus in the art department. Roos' exhibit, "Letters from Greenland," will be on display at the gallery for students and online for the public in September.

The Thorne-Sagendorph Art Gallery at Keene State College was showing an exhibition with works by local high school students when it closed on March 23 as part of the college-wide shutdown due to COVID-19.

That art was still on display when Paul McMullan, a Keene State faculty member who oversees the gallery’s operations, returned in June.

“Everything kind of got frozen, like Chernobyl,” McMullan said.

The gallery has recently been returning those works to the high schools while planning for a fall semester that McMullan said will focus on students more than it has in the past — a product of the college’s strict safety protocols as well as the continuation of prior efforts to expand student involvement.

As part of the changes, McMullan reconfigured the gallery to provide a 4,000-square-foot workspace for the approximately 100 Keene State students enrolled in drawing courses this semester. Former exhibition spaces were converted into two new studios that can accommodate up to 30 students, spaced six feet from one other, when in-person classes begin on Monday, he said.

McMullan added that the gallery will require everyone inside to wear a mask, will provide hand sanitizer and will limit its restrooms to two people at a time.

“I think Keene [State] is doing an awesome job of trying to reopen safely,” he said.

That includes closing the Thorne-Sagendorph to members of the public this semester to help prevent the transmission of COVID-19, which the college announced in its Fall 2020 reopening plan.

He said those restrictions have expedited a pre-existing initiative at the gallery for greater engagement with Keene State students. McMullan, a ceramics professor in the Art and Design Department, has led that effort since being appointed to a three-year term as the gallery’s faculty coordinator in August 2019 — part of a broader restructuring of the Keene State faculty.

“The whole view of the restructuring is to get student involvement into the Thorne and around campus,” he said. “[The administration] really wants this to be a student-oriented place.”

In addition to featuring more student artwork, McMullan hopes the gallery’s exhibitions will be designed by students, as well.

“In the past, there wasn’t much student activity … in the Thorne,” McMullan said. “We really want the students to help curate shows — the art history classes can come in and look through the collection and help curate shows.”

However, McMullan said the gallery will also continue to feature professional artwork this semester.

Beginning Sept. 7, it will host an exhibition with photographs taken by associate professor emeritus Peter Roos from his visit to Greenland last year. In another COVID-era adaptation, McMullan said the gallery’s website will offer a simultaneous “virtual exhibition” of Roos’ work for people outside the Keene State community.

McMullan expressed disappointment that a couple exhibitions planned for the fall were canceled but said the gallery is considering whether to feature a collection of posters inspired by social justice movements from the Pittsburgh-based Justseeds Artists’ Cooperative.

McMullan hopes the gallery can reschedule some of the shows it lost, including a formal reception with Roos, for the spring semester. He added that Keene State plans to honor art students in the Class of 2020 at its annual senior exhibition this spring, since last year’s edition was postponed after students were sent home.

In addition to his responsibilities managing the gallery, McMullan has adapted his ceramics courses for the possibility of a return to remote learning.

After his spring offering turned into a “ceramics history course” when Keene State canceled in-person classes this spring, McMullan said students would be given clay and other ceramics materials to use at home in a similar scenario this semester.

“Hopefully [the changes are] just for one semester, but let’s use that semester as something creative and different,” McMullan said. “Especially in the arts — we’re supposed to be creative people.”