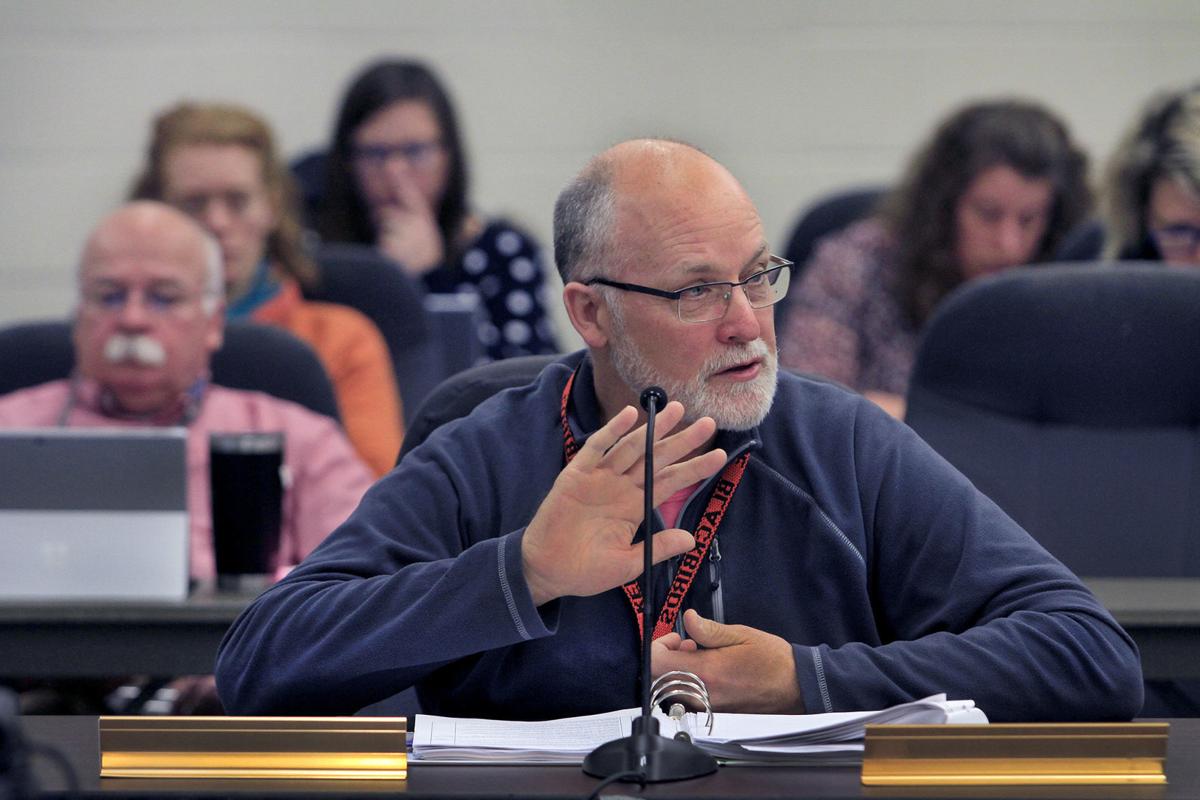 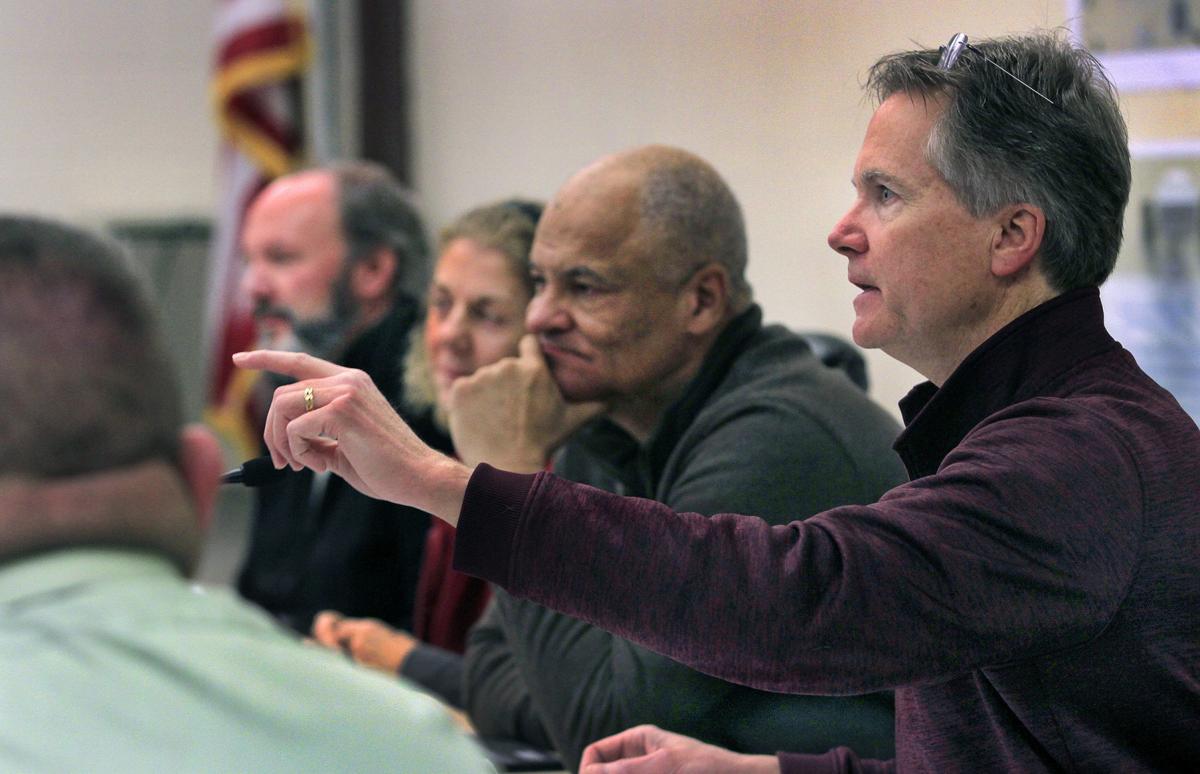 Jim Carley, right, questions Keene High School Principal Jim Logan on the logistics of busing athletes to games during the school board finance committee's budget hearing at the high school on Saturday morning. In the background is Chris Coates, Chairwoman Dawn Mutuski and Kris Roberts.

Jim Carley, right, questions Keene High School Principal Jim Logan on the logistics of busing athletes to games during the school board finance committee's budget hearing at the high school on Saturday morning. In the background is Chris Coates, Chairwoman Dawn Mutuski and Kris Roberts.

The Keene Board of Education voted Saturday to move a $68.8 million budget plan to voters for discussion and scrutiny at a public hearing Tuesday night.

The board voted 7-2 for the figure, which included $360,000 in cuts recommended by the finance committee, according to its chairwoman, Dawn Mutuski.

Her committee received a $69.2 million administrative budget request as a starting point and, she said, ultimately decided to:

* Reduce funding for the Wilson Pond Dam project from $450,000 to $250,000. In October, the board voted to repair the dam only if an entity agreed to take ownership after its rehabilitation. In the absence of such an arrangement, Mutuski said, the project’s budget was dropped to the amount needed to remove the dam. If the board receives an agreement for someone to take ownership of the dam by Tuesday night, she said, the money could be added back.

* Cut $100,000 from the buildings maintenance department, which had planned to use $120,000 to upgrade door security keycard access for doors, rather than traditional locks. Mutuski said the committee believed the technology, which would be new to the district, could wait another year, considering other increases in the budget. She said the board left $20,000 so the department could finish the work it’s already started on the project.

* Trim the money allocated for replacing Keene High School’s track at Alumni Field by $60,000, leaving $290,000 for the project. After learning that the vendor could use a 3/8-inch surface material rather than half an inch, like Keene Middle School’s track, Mutuski said the committee opted to budget for the alternative that was less expensive but still safe.

Mutuski said the school board agreed with the finance committee’s recommendations and also found an error that, when corrected, removed another $3,700 from the proposal. In the Cheshire Career Center’s budget, a $4,700 line item for furniture and fixtures should’ve read $1,000, she said.

The $68,865,207 draft operating budget proposal, which is half a percent lower than the administration’s request, still includes money for a district-wide workplace safety position and a behavioral interventionist at the middle school, as well as a $1.1 million increase in special education costs.

The proposal headed to the public hearing is a 3.2 percent increase over the $66,758,527 operating budget voters approved last year.

The operating budget figure, typically one of the first articles on a warrant, doesn’t include any new employment contracts, which are voted on separately. If those contracts are approved, the costs are added to the coming year’s operating budget and incorporated into the budget in following years.

This year’s warrant is slated to include four contracts with labor unions, if successfully negotiated: the Keene Educational Office Personnel Group, the Keene Clinical Service Providers, the Keene Custodians and the Association of Keene Tutors. It’s unclear how much each of these contracts would cost because negotiations are still pending.

The school board’s public hearing on the proposed 2020-21 budget and other warrant articles will be Tuesday at 7 p.m. in Keene High School’s auditorium. Voters can discuss and amend the budget and warrant at the deliberative session Feb. 8.