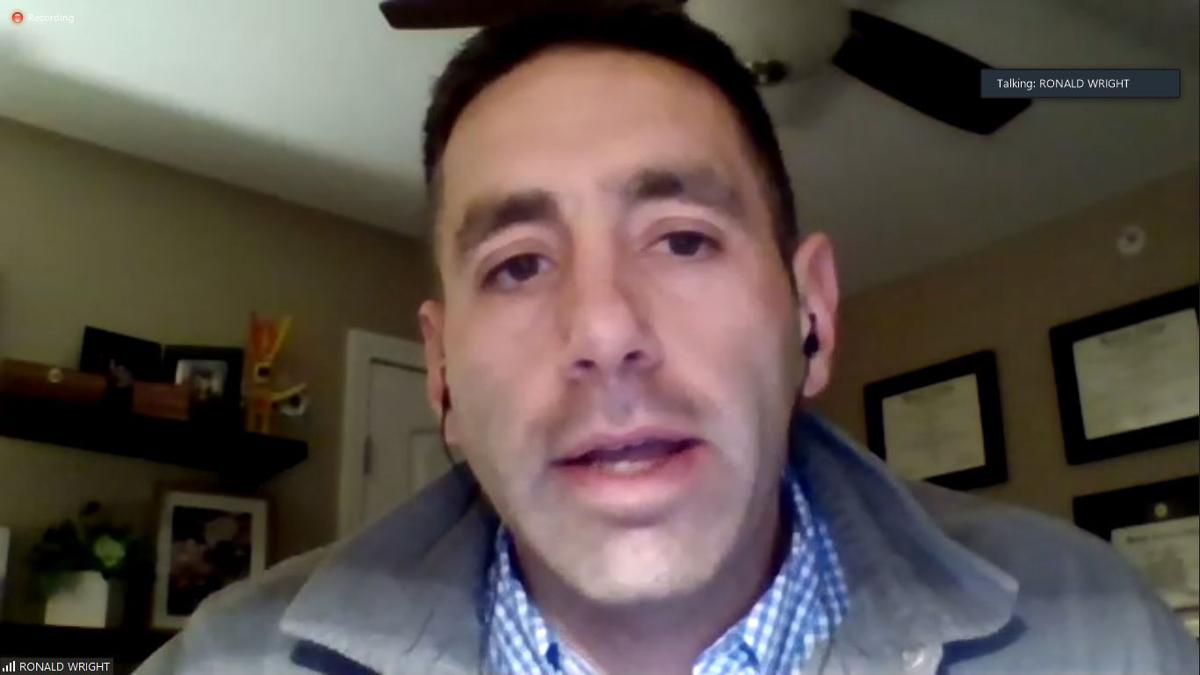 The Keene Board of Education appointed Ronald Wright as an interim member during its Zoom meeting Tuesday night. 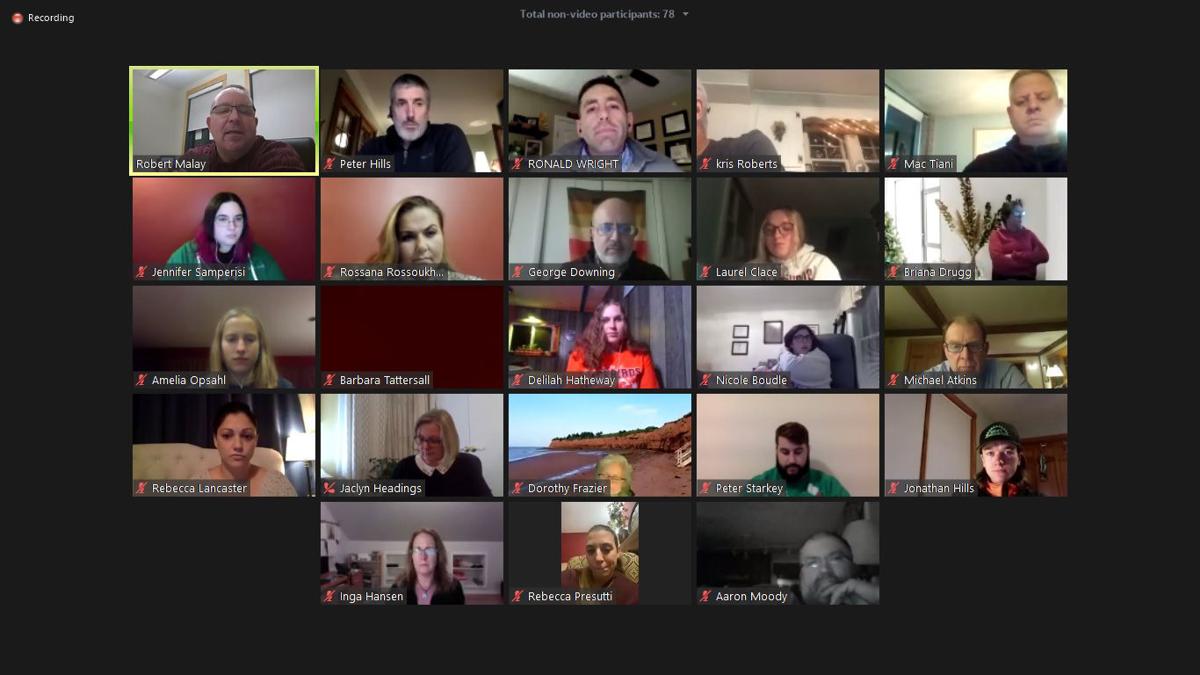 A screengrab from the Keene Board of Education’s meeting via Zoom Tuesday night.

The Keene Board of Education appointed Ronald Wright as an interim member during its Zoom meeting Tuesday night.

A screengrab from the Keene Board of Education’s meeting via Zoom Tuesday night.

The Keene Board of Education on Tuesday appointed Ronald Wright, a product of the city’s public schools, as an interim member over three other candidates. He succeeds Julia Atkins, who resigned last month due to plans to move out of state.

Wright, who works as a senior vice president for transportation at C&S Wholesale Grocers, will hold the seat until March, when voters will select someone to serve the year remaining on Atkins’ term. All four candidates presented during Tuesday night’s meeting, which was held via Zoom.

Wright is a graduate of Keene High School and holds a bachelor’s degree in mechanical engineering from Worcester Polytechnic Institute and a Master of Business Administration from Bentley University in Waltham, Mass. He said his professional background in facilities management and finance prepares him well for a seat on the school board.

“I have a significant amount of experience there,” he said. “So I think that this could be a great way for me to add value and participate in a way that, not only could I be involved and support the community, but the community gets to get as much value out of me as possible.”

Wright, who with his wife, Elizabeth, has a daughter in sixth grade at Keene Middle School and another in fourth grade at Symonds Elementary School, added that his job has given him extensive experience in budget management.

“I appreciate that I’m both advocating for the students, what’s best for them, while keeping in mind the budget impact for years to come,” he said of his role on the board.

Board Chair George Downing encouraged the three other candidates to remain active in the district and to consider running for one of six seats on the board that will be up for election in March.

“I’m really pleased that we had four strong candidates for this position,” Downing said. “We’ve done this in the past and had only one candidate. We’ve had years in the past where we’ve had to, as individual board members, go around and recruit people to fill interim seats. I’m pleased that we’re starting to see a stronger interest from qualified folks in the community that want to advocate for our kids, for our staff and for our community.”

The board approved Atkins’ resignation at its November meeting, when board member Peter Starkey announced he also would resign in March because he has moved to Oregon for a new job. (In the meantime, he continues to participate in meetings remotely).

These two resignations mean six of the board’s nine seats will be up for election in March. Three seats — currently held by Scott Ansevin-Allen, Downing and Inga Hansen — were already going to be on the ballot. Voters will also consider candidates to fill the remaining year on Atkins’ term and the remaining two on Starkey’s.

Finally, voters will choose someone to fill the remaining two years on the term for the seat previously held by Shaun M. Filiault, who resigned in May due to a potential conflict of interest with his employer, Bragdon, Baron & Kossayda P.C. in Keene, which the board has appointed as its legal representative. John Houston is currently serving as the board-appointed member in that seat.

After approving Wright as an interim member Tuesday, the board also voted 5-2 to pause winter sports competition until the district returns from remote instruction. Student athletes can still practice beginning Monday, but won’t be able to compete against other schools until Keene schools go back to a hybrid model, which is scheduled to occur when students return from winter break Jan. 4.

N.H. School Administrative Unit 29, which covers Keene and six nearby towns, switched from a hybrid model to fully remote instruction on Nov. 30 due to a steep rise in local COVID-19 cases, a decision Superintendent Robert Malay announced on Nov. 13.

Malay said Tuesday that SAU 29 officials will decide by Dec. 28 whether schools actually will return to hybrid classes on Jan. 4. As that decision nears, Malay said he and other district leaders will consider community transmission rates of COVID-19.

“The plan is real simple,” Malay said. “We’ve got to try to get back below substantial [community spread] if we want to get our folks into the buildings, or at least see a downward trend.”