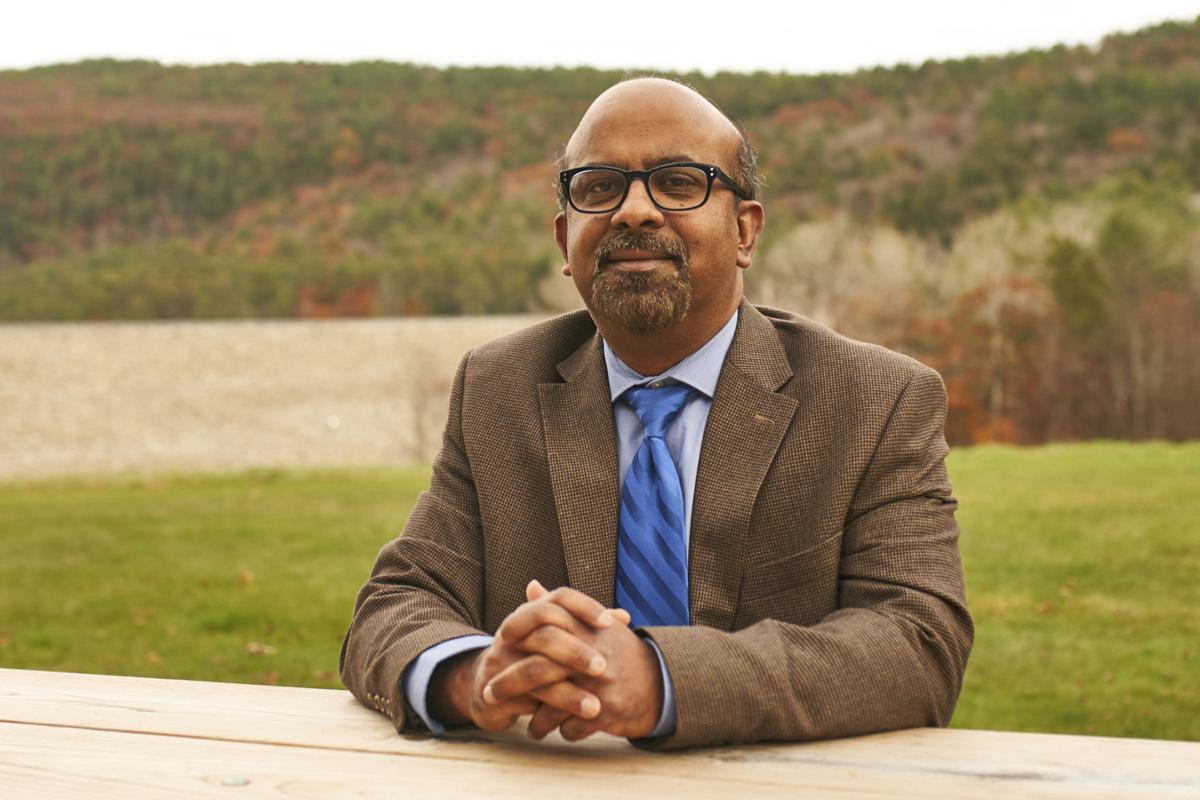 "I come here to reflect and enjoy the natural beauty of New Hampshire and this is my place of comfort," Mohammad Saleh said 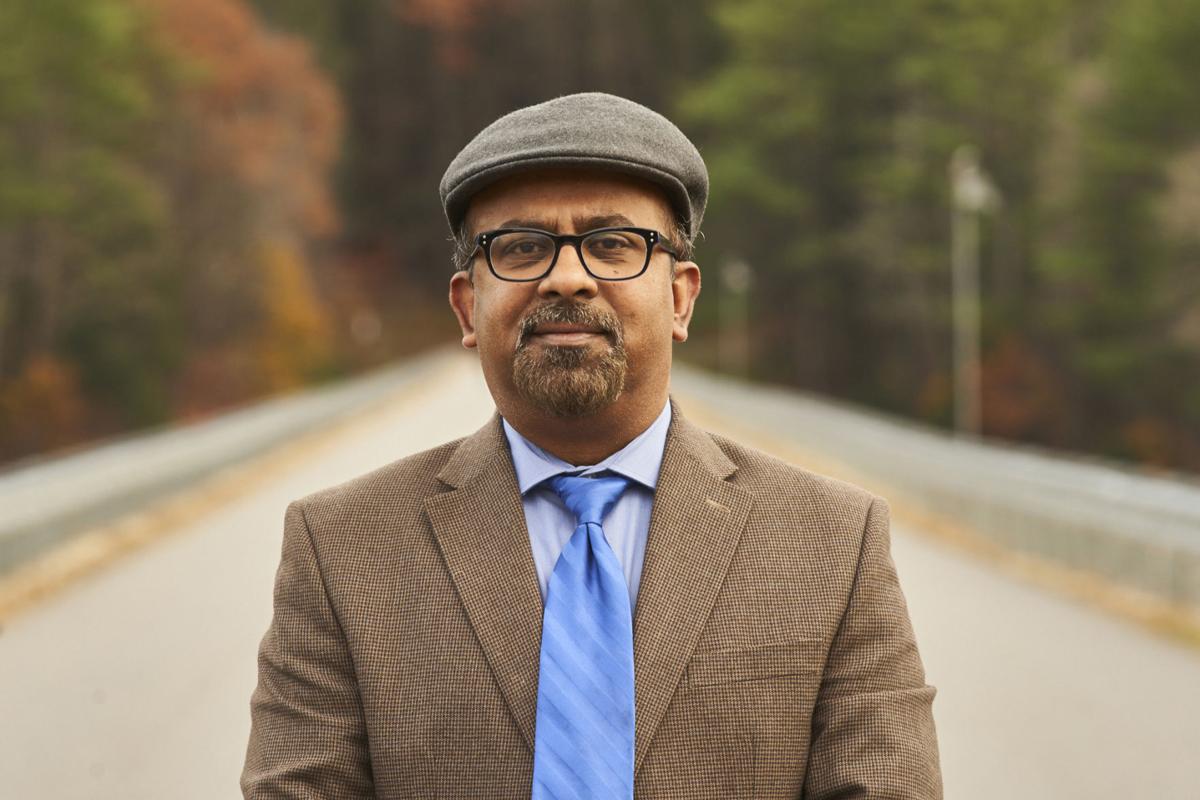 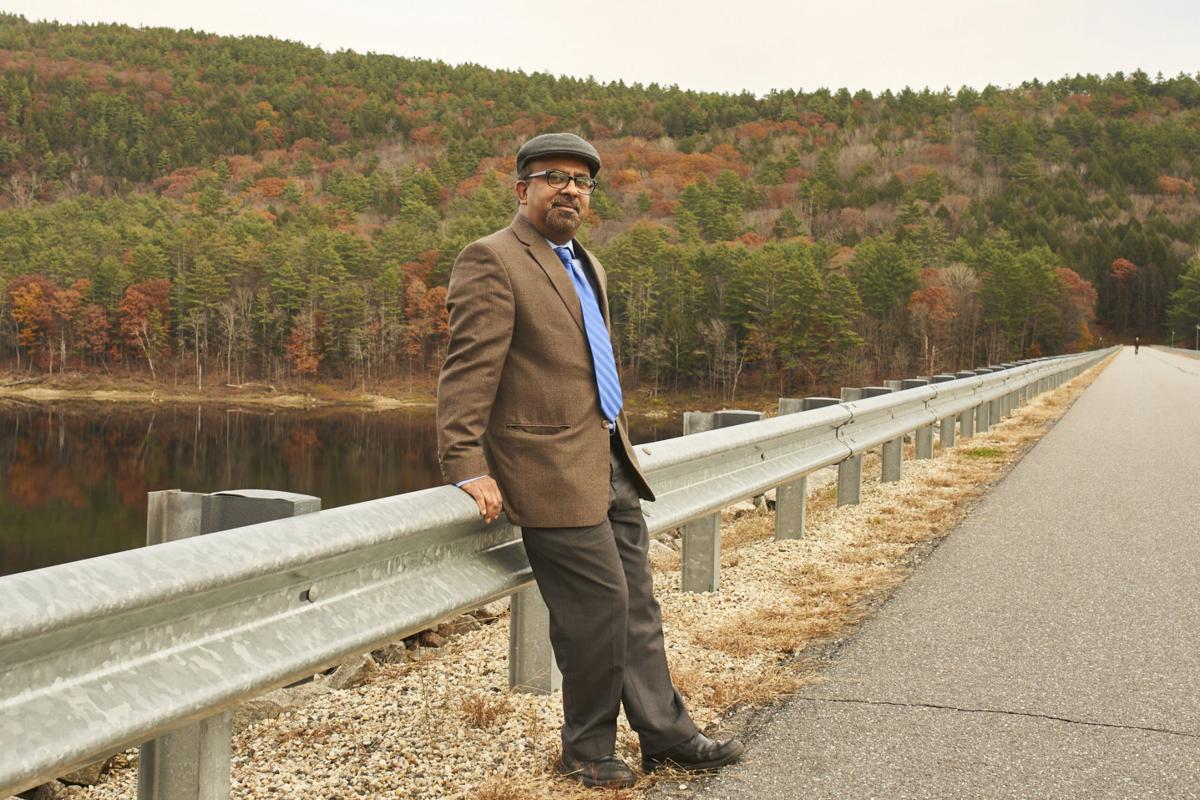 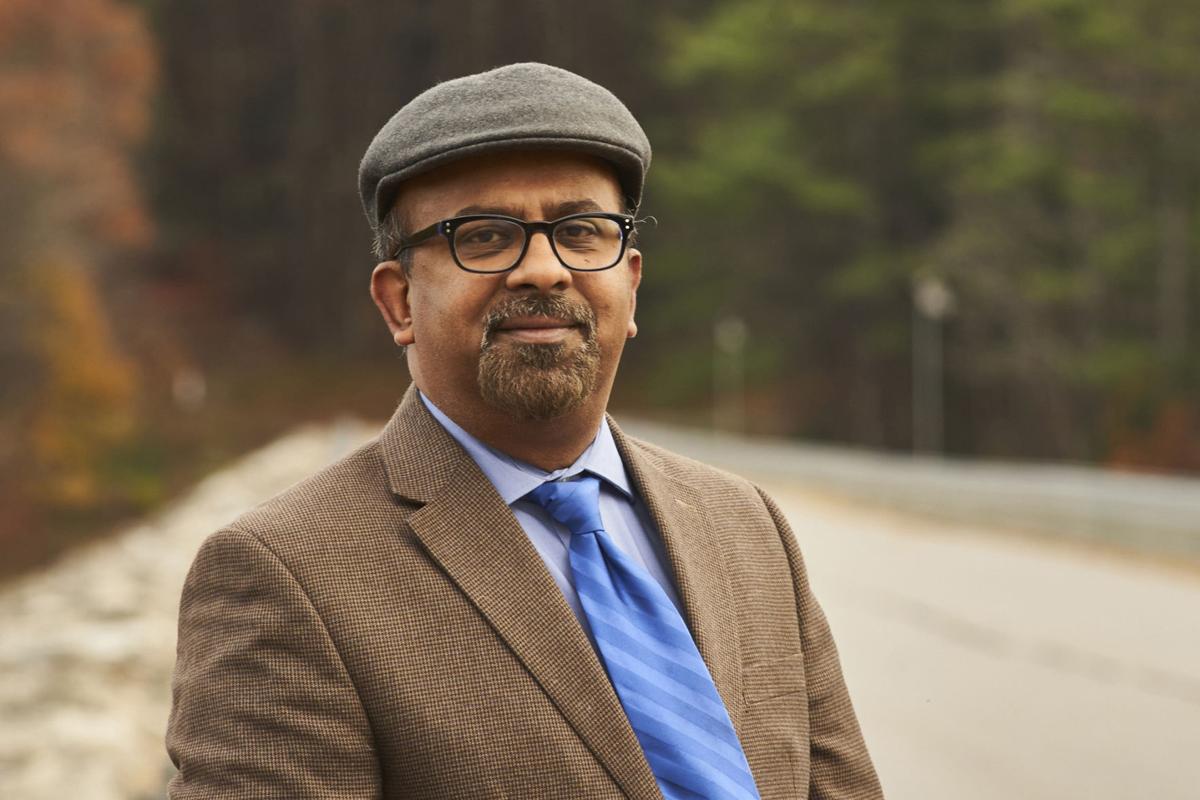 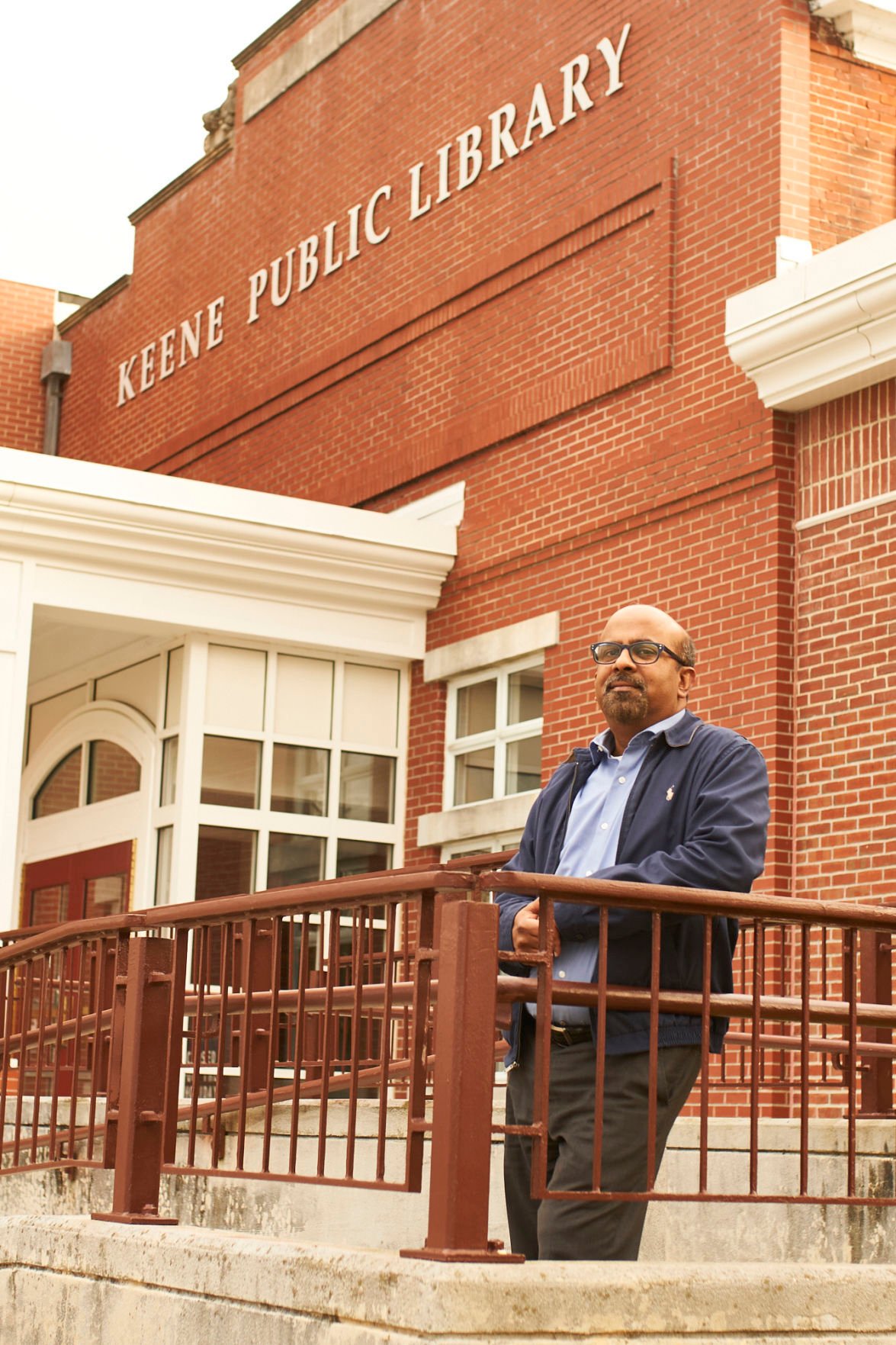 Mohammed Saleh stands outside of the Keene Public Library, where he holds most of the meetings for the various organizations he’s involved in.

"I come here to reflect and enjoy the natural beauty of New Hampshire and this is my place of comfort," Mohammad Saleh said

Mohammed Saleh stands outside of the Keene Public Library, where he holds most of the meetings for the various organizations he’s involved in.

In 1965, President Lyndon B. Johnson signed the Immigration and Nationality Act, scrapping the racist quota system that heavily favored migrants from northern and western Europe.

Twenty-six years later, Mohammad Saleh traveled from his native Bangladesh to New York City to study engineering and settle in the U.S.

“The reason that I could come to the United States after high school, it’s because of the 1965 immigration law,” Saleh, now a Keene resident, said. “Without that, I would not be here today.”

For Saleh, it’s a reminder of the ways politics — including years of effort by activists — can change society and impact people’s lives.

Saleh, 48, works as an optical engineer by day. But he’s also involved in a range of civic and political activities in Keene. Earlier this year, he was elected chairman of the Cheshire County Democratic Committee, which works to build the local party infrastructure, turn out voters and help Democrats win elections. He has also been part of local efforts on issues like immigration and clean energy, and is a member of Keene’s Human Rights Committee.

Saleh said he’s a Democrat because he believes the party’s positions, across a variety of issues, advance a more “just and egalitarian society” that takes care of its least fortunate members.

But, he said, a key part of his political philosophy is reaching out to everyone, not just those who share his beliefs.

Saleh spent his first 10 years in a village in rural Bangladesh, then lived in the crowded capital city, Dhaka, as a teen. His older brother was already living in the U.S. when Saleh emigrated after high school.

The country offered many more opportunities for a young person interested in science and technology, he said.

“The United States is the country that sent people to the moon,” he said. “And we have been at the forefront of science and technology for a long time.”

“When I came for the job interview, I drove through 101 in the fall, and I saw the fall color,” he recalled. “And I said, ‘All right, if this is what this place is like, I need to relocate here.’ ”

Keene now feels like home, he said. He likes its blend of amenities and small-town warmth. “There’s a certain welcoming nature of Keene,” he said.

Saleh became a U.S. citizen in 1996, as he was finishing up his undergraduate degree. It was a deeply meaningful experience, he recounted in a speech this year to Cheshire County Democrats.

“For me, it was not just a legal status, or an opportunity for a better life,” he said, according to a copy of the speech. “I grew up in Bangladesh, half of my life under military dictatorship, and half under very questionable democracy. What mattered to me most [was] that in this country, I had the right to vote, and my vote counted just as much as everyone else’s, rich or poor, white or brown. I have exercised that privilege with pride and joy ever since.”

He became more politically active in the wake of 9/11, when discrimination against Muslims became more evident.

To him, America always represented a “promise to the future,” welcoming people of all nationalities and backgrounds.

“I did not consider myself in any way different than any other American, until 9/11 happened,” he said. “When I had difficulty getting on the plane. Or ... somebody started playing music late at night to disturb my sleep, and it turned out, that’s because they saw my name on the mailbox.”

Still, he noted that for every person like that, there were hundreds of kind, empathetic folks. “That is why we have to allow ourselves not to be defined by our bad experiences,” he said.

As Saleh volunteered in the 2004 and 2008 presidential elections, he came to understand the difference one person can make. An organizer who gets involved early enough can recruit scores of other volunteers who collectively have a great impact.

In the 2016 election cycle — his first in New Hampshire — “I realized the stakes were higher,” he said. He got more involved, met other politically active Keene residents and became the county Democrats’ vice chairman.

Susan Hay of Keene, who serves on the Cheshire County Democratic Committee as a delegate at-large, called Saleh dedicated, organized and committed to addressing injustices.

“He loves this country. He is a passionate American citizen, and very much appreciates the distinction from whence he came, where the freedom was so much more constrained,” she said. “And he puts that love of this country into action every day.”

“He might be the hardest-working person I know, and I know a lot of hard-working people,” Hay said. “I regularly get texts or emails from Mohammad at 2 in the morning.”

After Donald Trump’s election, “there was a groundswell of protest on different social issues,” Saleh recalled. He became involved with a group working on clean energy.

In 2017, someone invited him to attend a Keene City Council meeting about an immigration-related resolution. There, he heard the story of Eleazar Lopez Ayala.

An undocumented immigrant living in Manchester with his wife and children, Lopez Ayala had fled his native Honduras as a teenager in the 1990s. In 2017, he got a flat tire in Deerfield and asked to use the phone at a nearby home. The homeowner ended up calling the police, who notified U.S. Immigration and Customs Enforcement. Lopez Ayala was detained for nine months under threat of deportation. (He was later released while his immigration case continued.)

Saleh decided he needed to help. “If I see that I have a situation where I can help, I try to help,” he said, “because it is difficult to be living with inner peace if you know you could do something,” but don’t.

He decided to organize a gathering in support of Lopez Ayala.

“He organized a gathering at the Keene Public Library on Thanksgiving, saying that if this man couldn’t be with his family on Thanksgiving, then we should maybe not be with our families on Thanksgiving,” Schapiro recalled. “It was the kind of thing where I personally thought, “Mohammad, you’re not gonna be able to get people to come on Thanksgiving Day to a meeting to support this fellow who nobody knows, in Manchester.’

“And Mohammad doesn’t take no for an answer,” Schapiro continued. “And that morning, the morning of Thanksgiving, the auditorium of the library was full of people.”

“He picks this case up in his hands with no legal background, found lawyers, harassed lawyers, pushed, got state coalitions of people who care about this involved,” she said.

At one point, she recalled, a lawyer told Saleh there was nothing more that could be done. “And Mohammad said, ‘What if it was your brother? What would you do?’ And the guy kind of paused, and he came up with another idea.”

While Saleh’s immigration activism has gotten perhaps the most press, he notes that it’s far from the only issue he cares about. He’s also concerned about the environment, labor, education, social justice, health care, reproductive rights and other issues.

That’s one reason he enjoys working within the party structure, he said — helping to elect candidates can lead to progress on many of those issues down the line.

“I probably do enjoy the political role because it … allows me to contribute to all causes, by supporting all the candidates,” he said.

One of the party’s priorities, he said, should be to engage more with rural voters. Because Democrats tend to do better in urban areas, it can be easy to focus most of the energy there.

“But I think in the long term, that hurts us,” Saleh said. “Both from a philosophical point of view — you can’t change a society if you are keeping a greater part of your community disengaged — and also, it increases polarization, and eventually you are going to have a complete bifurcation of the population.”

He went and spoke with the person who blasted music because of his Muslim name, he said. During his work on the Lopez Ayala case, he said, he encountered an ICE officer “spewing some talking points that are not based on any, I would say, well-thought-out ideas.”

“And I said, ‘You know, there’s no reason for us to not be able to talk. Let’s talk,’ ” Saleh said. “And then we became friends. We talk to each other sometimes.”

Living in various places has only reinforced Saleh’s faith in humanity.

“I have seen the goodness and the badness in every society,” he said. “And because of that, I can see that there’s a fundamental goodness that exists that transcends culture and class.”

At a glance: Mohammad Saleh