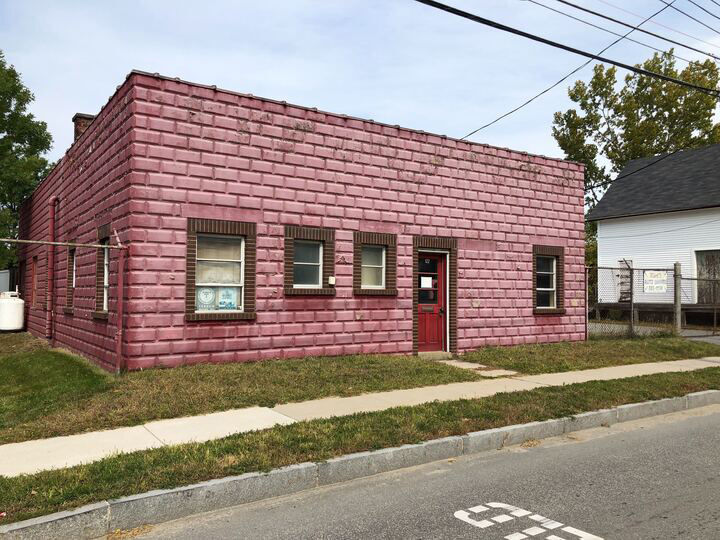 The property at 122 Water St. in Keene, the former site of Tom’s Auto Service, is pictured earlier this year. 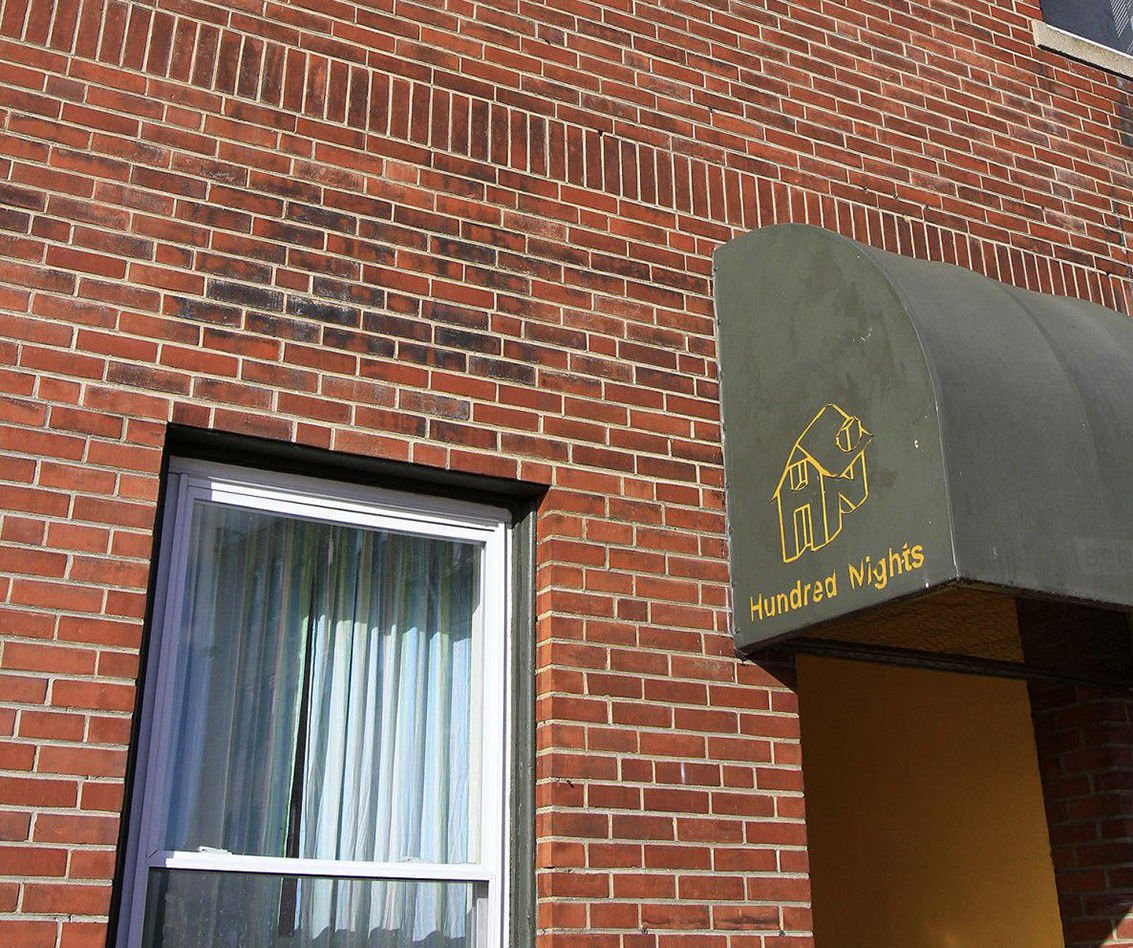 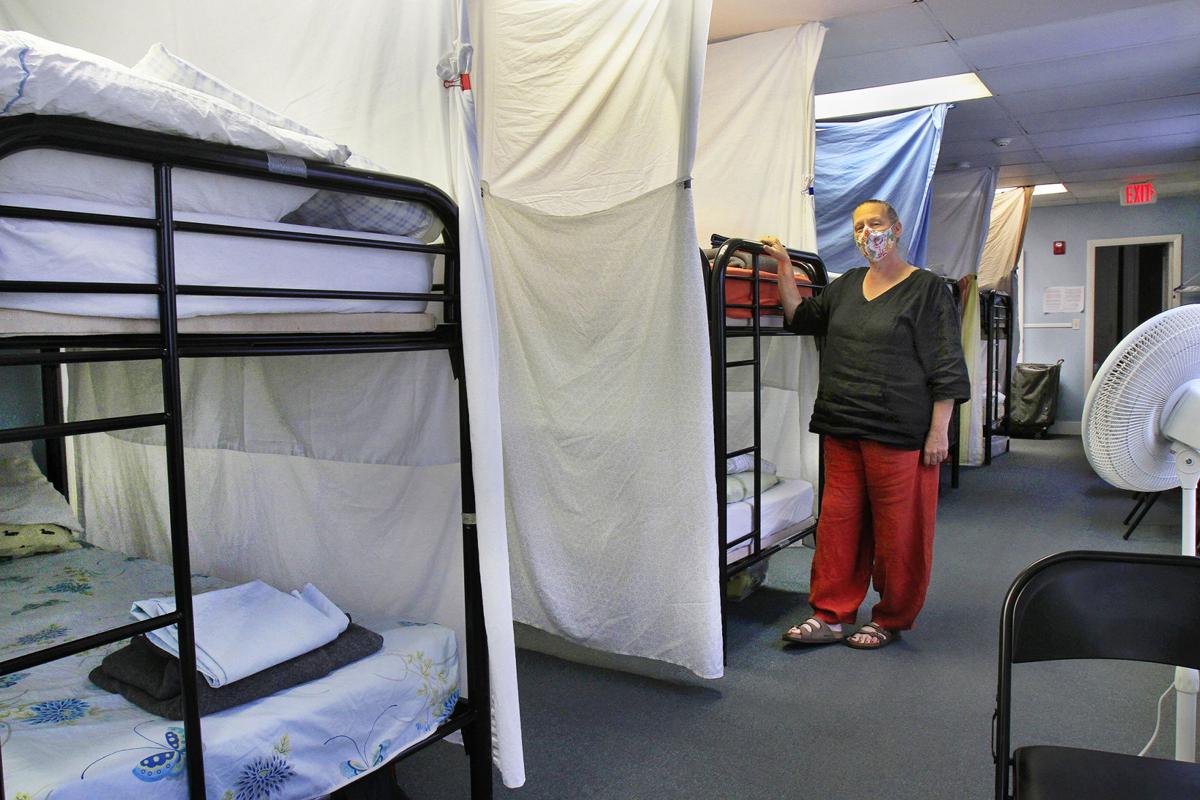 Hundred Nights Executive Director Mindy Cambiar, shown in August, stands next to beds that have been moved farther apart during the pandemic with dividers added.

The property at 122 Water St. in Keene, the former site of Tom’s Auto Service, is pictured earlier this year.

Hundred Nights Executive Director Mindy Cambiar, shown in August, stands next to beds that have been moved farther apart during the pandemic with dividers added.

The planned relocation of a Keene nonprofit that helps people experiencing homelessness has been delayed after property owners near its proposed site on Water Street filed a lawsuit seeking to block the move.

In their suit, filed Nov. 25 in Cheshire County Superior Court, the plaintiffs ask the court to overturn a Sept. 22 decision by the city’s Zoning Board of Adjustment that authorized Hundred Nights Inc. to operate an emergency shelter and resource center at 122–124 Water St.

Kevin Beal, Stephen B. Bragdon and John Pappas — all of Keene — claim the ZBA’s decision was “unlawful and unreasonable,” arguing property owners near the Water Street site were not properly notified of its Sept. 22 hearing and that the proposal did not meet the board’s standards for granting a variance.

The group petitioned the zoning board on Nov. 2 to reverse its decision, but their appeal was denied. They had 30 days to challenge that result in court.

Hundred Nights requested a land-use variance on Aug. 20 to move its emergency shelter and housing resource center from 17 Lamson St. to 122–124 Water St. in an effort to qualify for federal funds that have been temporarily available during the COVID-19 pandemic.

The organization needed a variance because the property — the former location of Tom’s Auto Service — is in Keene’s business growth and reuse zoning district, which does not otherwise permit congregate-living facilities.

Previous attempts by Hundred Nights to relocate from Lamson Street had been unsuccessful: The zoning board denied its requests for land-use variances at two different properties in May 2017 and October 2018, which the organization argued would help accommodate a growing demand for beds. (The shelter received a variance in 2010 to operate at its current site, which is in the city’s central business district.)

At its Sept. 22 hearing, the zoning board heard testimony from several members of the public in favor of issuing a variance and from others, including multiple people living near the Water Street property, in opposition. Members of the latter group said they expected the addition of a shelter to attract people with substance-use issues to the area and cause a reduction in their property values — echoing arguments against Hundred Nights’ request for a variance at a Washington Street property in 2017.

Following the board’s 3–2 vote to grant the variance for the Water Street site, Hundred Nights appeared poised to apply for funding available to homeless shelters from the federal CARES Act, via the independent state agency N.H. Housing. That money has been available to help shelters implement “decompression” measures to give their clients more space for social distancing.

Hundred Nights Executive Director Mindy Cambiar said in August the aid would help it offset the loss of 24 beds, located in two local churches, where it previously hosted guests during the colder months, when the organization’s emergency shelter typically cannot accommodate the full need for housing.

After Beal, Bragdon and Pappas appealed the zoning board’s decision, however, Cambiar said Hundred Nights would not apply for the federal aid it hoped would fund the planned move.

“It’s a whole different ballgame when you have to start from scratch to raise the money,” she said Nov. 9.

In their lawsuit, the group claims the zoning board failed to comply with a city ordinance that requires all abutters and property owners within 200 feet of a property that is the subject of a ZBA hearing to be notified in advance. They argue that businesses and property owners at the Railroad Land Development, which is headquartered at 51 Railroad St., as well as condominium residents in the area, were not sufficiently informed of the Sept. 22 hearing.

Beal, Bragdon and Pappas also claim the board incorrectly applied its standards for granting a variance — which require the petitioner to demonstrate that it would serve the public interest and would not reduce nearby property values, among other criteria — by failing to consider the impact on local residents.

“The spirit of the zoning ordinance is to protect the health, safety, and general welfare of all the public, not just part of the public,” they say in the lawsuit. “The placing of a homeless shelter in this position does not encourage the redevelopment of the properties near the area.”

The zoning board unanimously dismissed similar claims by the group on Nov. 2, noting that 51 Railroad St. is not within 200 feet of 122–124 Water St. and that state law requires only representatives from a condominium’s board of directors or owners’ association — rather than individual residents — to be notified of the hearing. The board did not address the group’s arguments that it had improperly applied its criteria to issue a land-use variance.

A court date for the case had not been set as of Wednesday morning.

Pappas referred a request for comment on the lawsuit to Bragdon, who is serving as the trio’s attorney. Neither Bragdon nor Cambiar could be reached Wednesday morning.