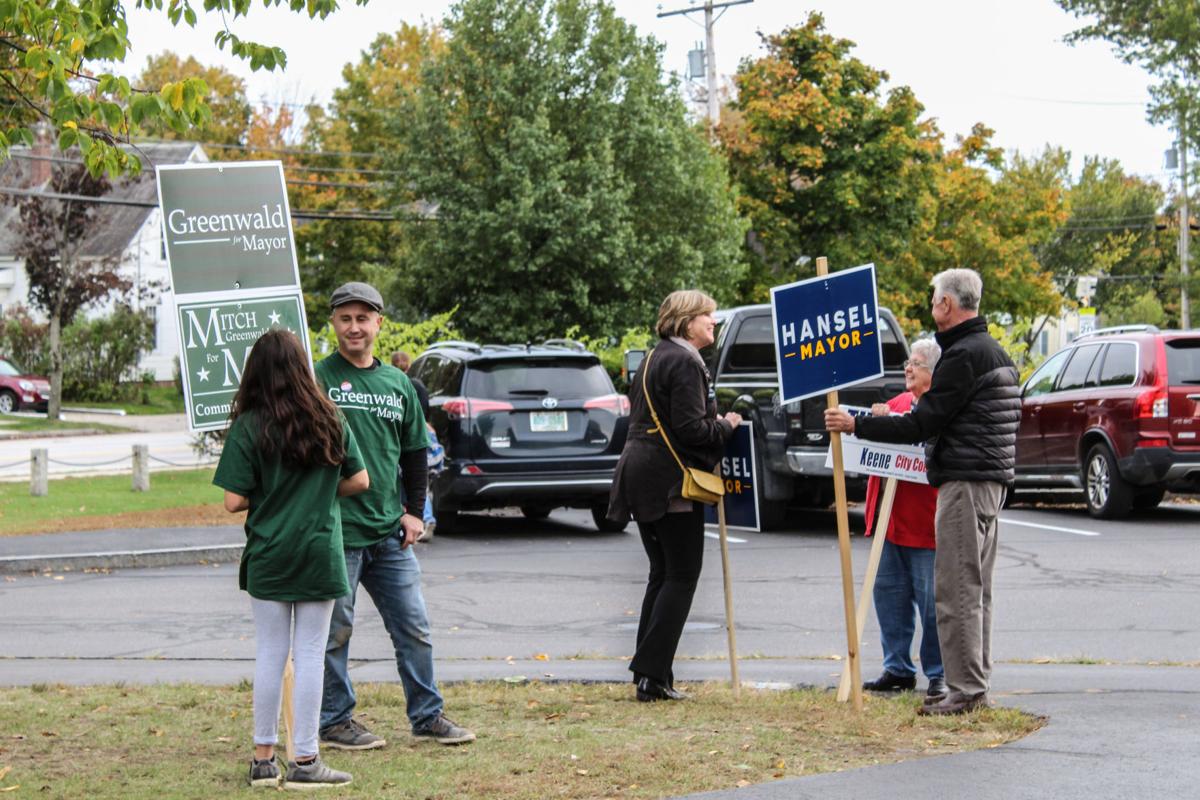 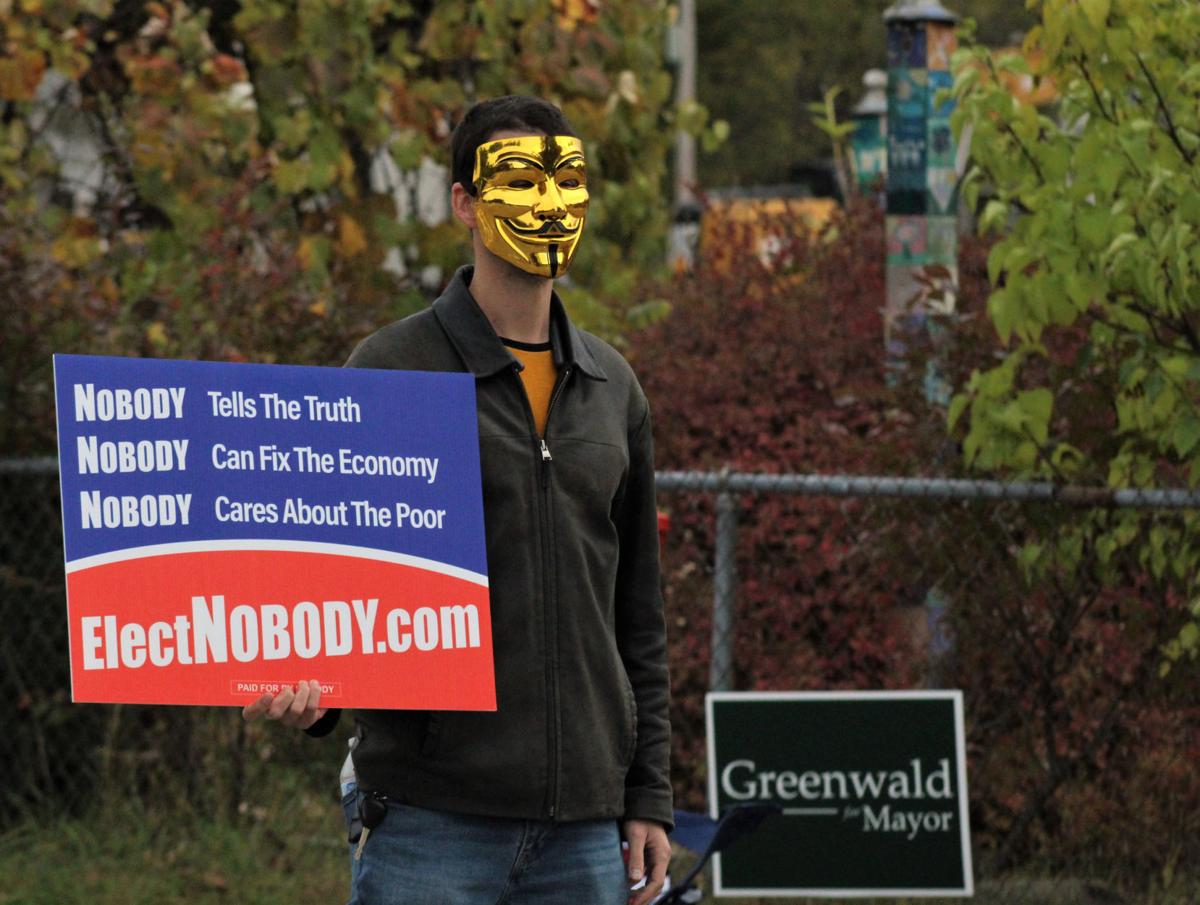 Ian Freeman, an at-large candidate for Keene City Council, goes incognito Tuesday while campaigning for mayoral candidate Nobody outside the Ward 4 polls at Symonds Elementary School. Both Freeman and Nobody, who was known as Rich Paul before legally changing his name, were eliminated from their races in Tuesday's city primary. 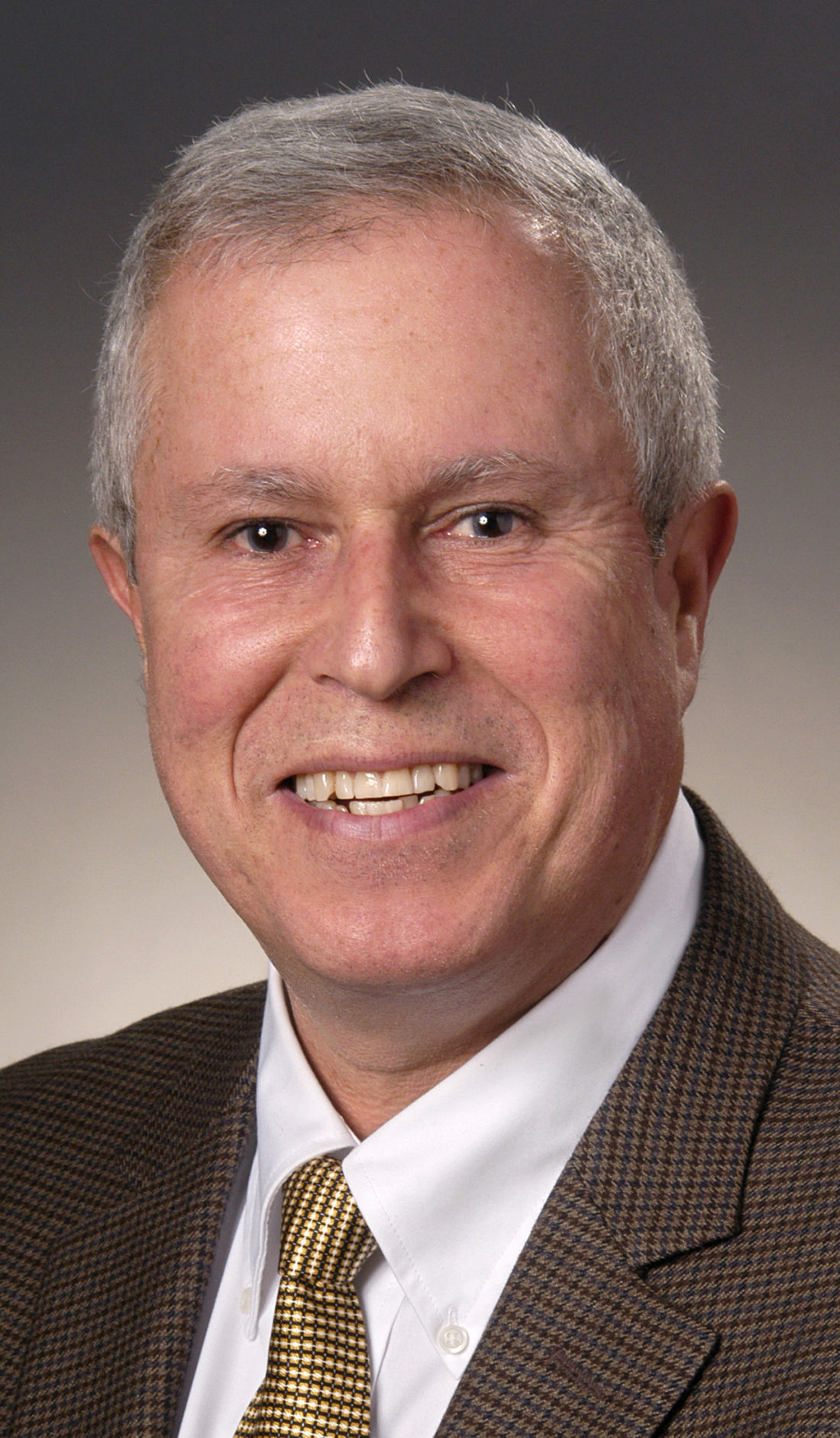 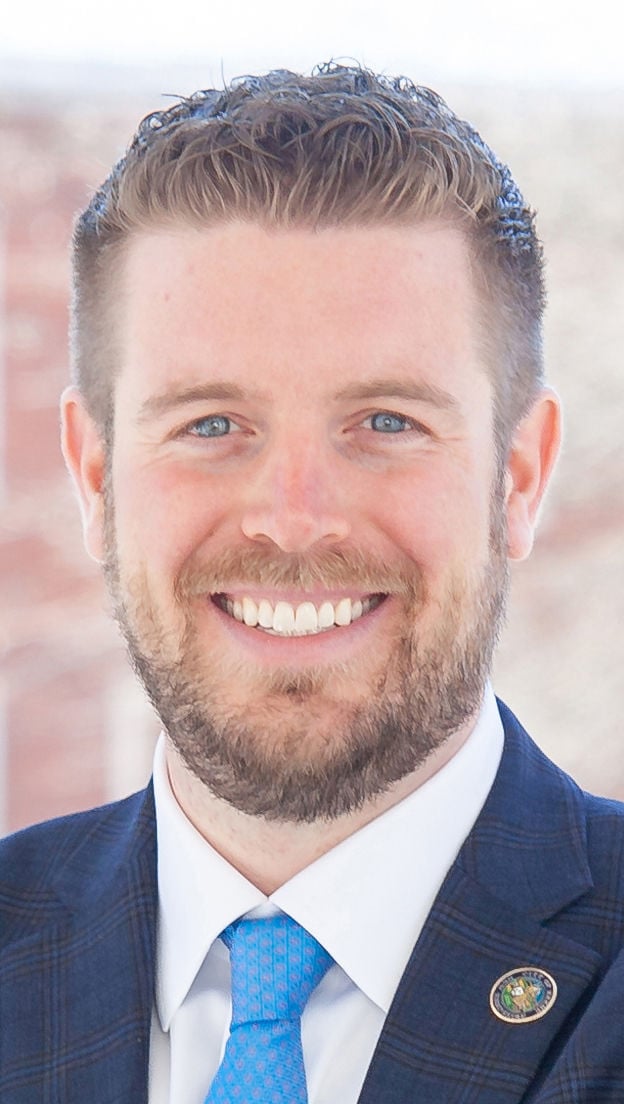 Ian Freeman, an at-large candidate for Keene City Council, goes incognito Tuesday while campaigning for mayoral candidate Nobody outside the Ward 4 polls at Symonds Elementary School. Both Freeman and Nobody, who was known as Rich Paul before legally changing his name, were eliminated from their races in Tuesday's city primary.

If the results of Tuesday’s primary are any indication, Keene’s mayoral race is a dead heat.

Both candidates advance to the general election, so the result is largely symbolic, but points to what could be a close contest on Nov. 5. The two city councilors ran neck-and-neck in each of the city’s five wards, nowhere more than nine votes apart.

A candidate whose legal name is Nobody — formerly known as Rich Paul — was eliminated Tuesday night after receiving 47 votes.

Greenwald and Hansel are vying for a seat left open by Mayor Kendall W. Lane, who is retiring after serving four two-year terms.

“It’s been a very intense race up to this point,” Greenwald said. “Well-fought, well-spoken, and hopefully we will see more voters out in the next round.”

Turnout in Tuesday’s primary was 12 percent, with 2,307 of the city’s 18,989 registered voters casting ballots.

That’s a good deal higher than the 2017 primary, which had virtually no candidates at risk of elimination and drew just 5 percent of voters, and on par with the more vigorously contested 2015 primary.

Hansel, 33, a co-owner and executive at Filtrine Manufacturing Co. in Keene, was elected to the City Council four years ago. He cast Tuesday’s close result as a sign that voters want fresh leadership.

“It shows me that the city’s really ready for change, and some of these longtime incumbent politicians just can’t take anything for granted,” Hansel said.

Greenwald disagreed, saying he expects a wider margin in next month’s general. “A lot of my supporters likely were not all that motivated to vote in a primary,” he said.

Greenwald, 67, owns Greenwald Realty Associates in Keene and rents and manages several apartment buildings. He has served on the City Council for more than two decades. During the campaign, he has touted his experience in city government, local business and the broader community, which he moved to 49 years ago.

Both candidates said they plan to hit the pavement, knock on doors and talk to as many voters as possible in the next month.

Each candidate cited housing as a top issue. Hansel said he wants to look at it “in a comprehensive way,” from workforce housing to how to refurbish and redevelop the city’s existing stock.

Other priorities for Hansel include working on economic-development opportunities and marketing Keene. “The mayor of Keene has the ability to be a great advocate for this region,” he said.

Greenwald also discussed housing, saying he hopes to “energize the code enforcement office” to deal with rental properties that landlords have failed to properly maintain, particularly for economically vulnerable tenants.

“There are a lot of people that are just struggling to get by, to make their mortgage payments, to make their rent payments,” he said. “And we really need to pay attention to them as well as our higher-level goals for the city at large.”

He said he also wants to “energize” neighborhoods to make improvements themselves, perhaps in partnership with local banks.

Greenwald also raised the issue of jobs, saying the city should work with existing employers and simplify regulations to allow them to expand, as well as seek to attract new businesses.