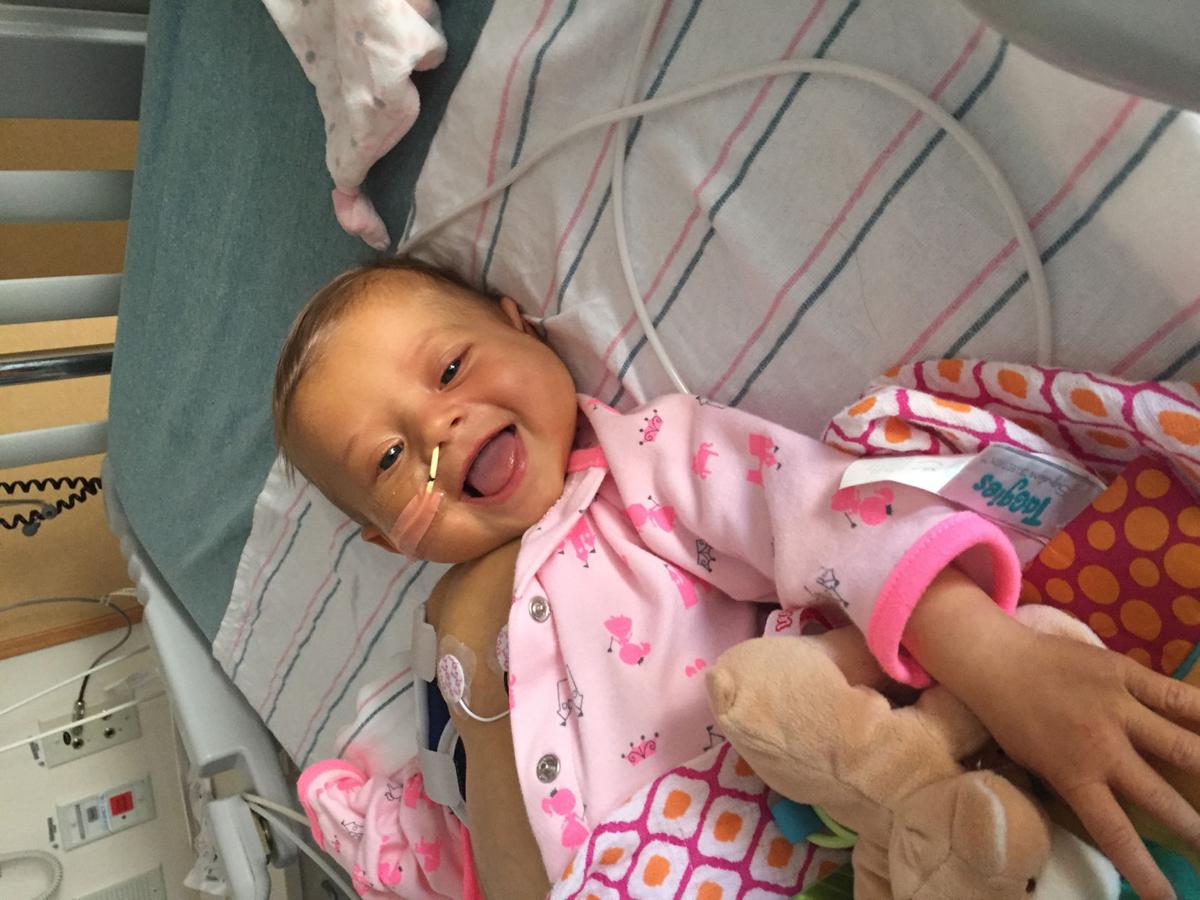 Sloan St. James smiles for the camera before she receives her liver transplant. 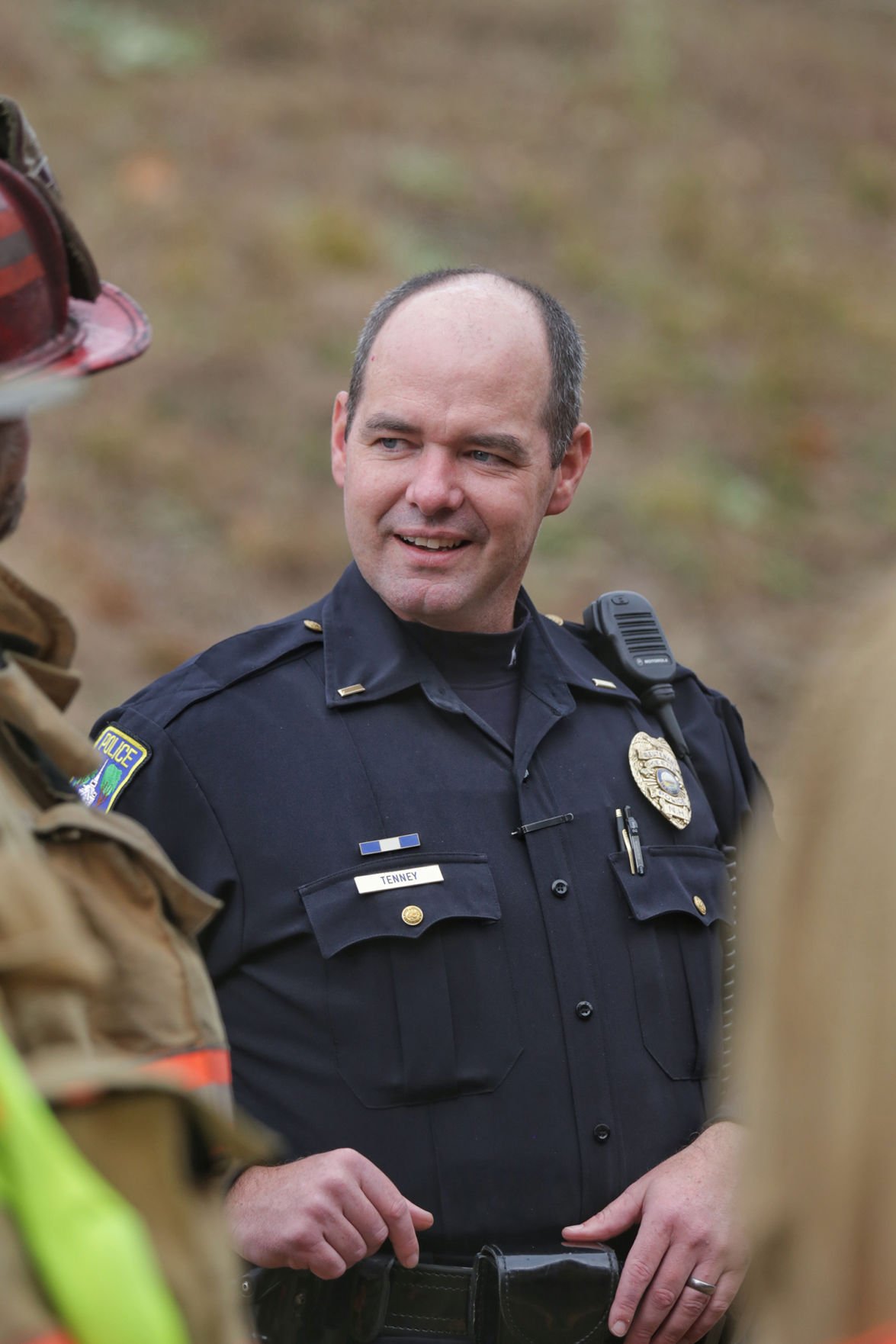 Keene police Lt. Steve Tenney, seen above at the site of a motor vehicle crash Thursday in Keene, recently donated part of his liver to Sloan St. James. Sloan is seen at right, all smiles just prior to her life-saving Sept. 8 surgery. 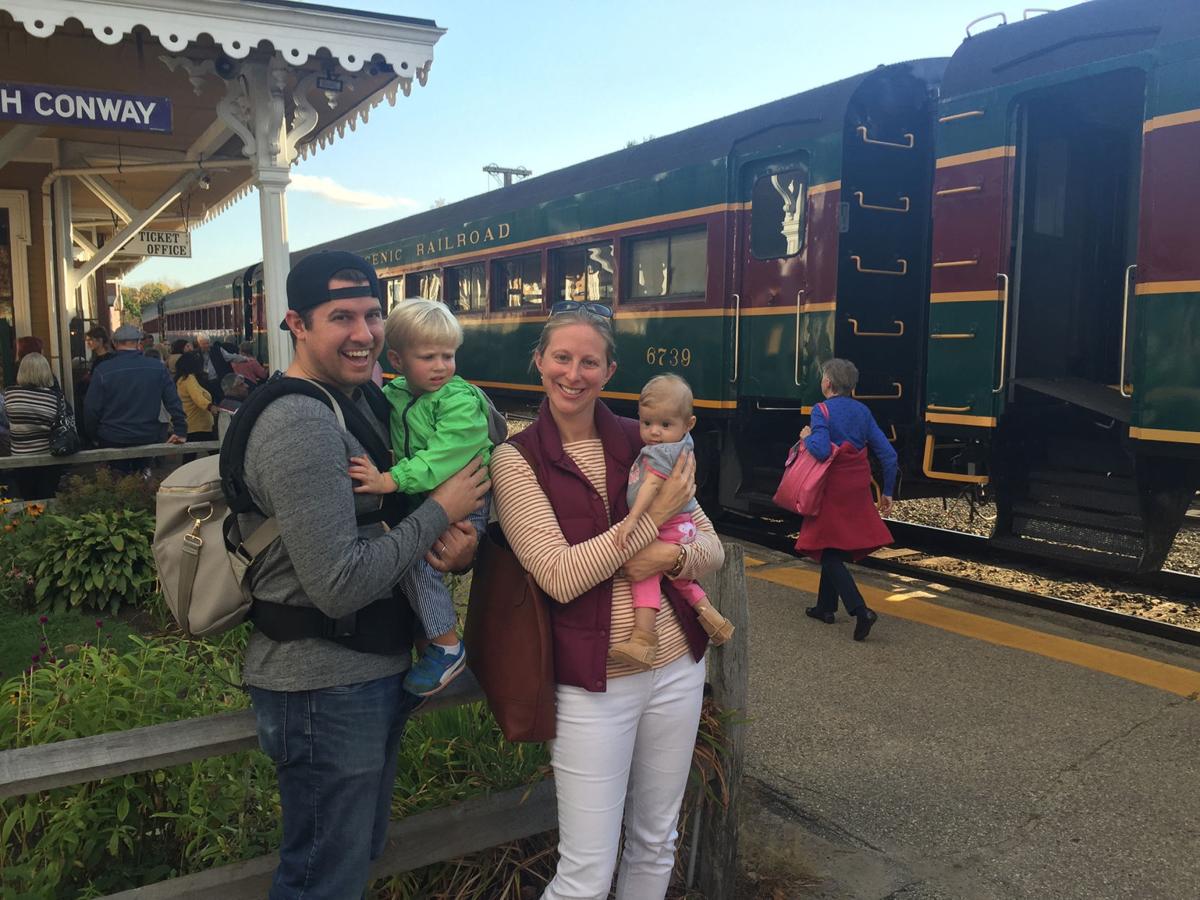 The St. James family — Chris, Carter, Sarah and Sloan — is seen during a trip to the Conway Scenic Railroad. At right, Chris and Sarah with Sloan following her liver transplant surgery in Boston.

Sloan St. James smiles for the camera before she receives her liver transplant.

Keene police Lt. Steve Tenney, seen above at the site of a motor vehicle crash Thursday in Keene, recently donated part of his liver to Sloan St. James. Sloan is seen at right, all smiles just prior to her life-saving Sept. 8 surgery.

The St. James family — Chris, Carter, Sarah and Sloan — is seen during a trip to the Conway Scenic Railroad. At right, Chris and Sarah with Sloan following her liver transplant surgery in Boston.

Steve Tenney, U.S. Army veteran and 18-year member of the Keene Police Department, hadn’t seen a doctor in at least a decade, save for a stitch or two. He had never been seriously ill, never spent a night in the hospital.

At 40 years old, he was the epitome of good health, kept in shape, helped coach middle school football at his alma mater, Monadnock Regional High. And yet on Sept. 8, after a week-long battery of physical and psychological tests that declared him perfectly healthy, surgeons at the Lahey Hospital and Medical Center in Burlington, Mass., removed his perfectly functioning liver.

They sliced off about 20 percent of the organ, returned it to his body and stitched him up. “I woke up that afternoon and felt like a truck had run over me,” Tenney said earlier this week.

Tenney and his liver saved the life of a 4-month-old girl he hadn’t yet met.

Sarah St. James of Bourne, Mass., on Cape Cod had a perfectly normal pregnancy. Sloan was born in April, seemingly healthy, the second child of Sarah and Chris St. James, who also have a 2½-year-old son, Carter. She’s an occupational therapist, and he works in the IT department for Keolis Commuter Services.

When Sloan reached two months old, her parents noticed she was becoming increasingly jaundiced, and she developed what they described as a Buddha belly. Although she was eating fine and hitting her development milestones, her parents grew worried.

“Chris and I were like, ‘Something is just not right,’ ” St. James said.

Instead of going to their local pediatrician, they took Sloan to Boston Children’s Hospital for her regular four-month checkup. They wanted doctors there to tell them that everything was fine. It was Aug. 8. Doctors took one look at Sloan, and alarm bells went off.

They eventually diagnosed her with biliary atresia, a liver disease in which one or more bile ducts are abnormally narrow, blocked or absent. Caught early in infants, it’s treatable without surgery. But Sloan’s condition was advanced and would rapidly reach stage 4. Only a liver transplant would save her life.

“Here we are thinking we’re bringing her in for peace of mind, and instead it was devastating,” St. James said. “Your mind blocks out that it could be this, this and this. Instead, it was this, this and this — everything we dreaded came true.”

They were put on a cadaver donor waiting list, but the disease kept progressing. Sloan went home for six days at the end of August, but had to be rushed back to Children’s Hospital. As Labor Day weekend approached, it became apparent they would need a living donor to save her life, an option used only about 10 percent of the time.

“We knew we weren’t going home again after those six days,” St. James said. “She was deteriorating rapidly.”

‘There are great people in the world’

Living donor protocol is strict. The donor has to be a family member, or an acquaintance, and it must be free-will. It requires a psychological exam in addition to the physical match. “There are a lot of risks involved, a lot of ethical things that go into it,” St. James said.

Tenney knew the St. Jameses through his brother, Jake Tenney, who lives in Bourne near the Cape Cod Canal and is close friends with the St. James couple. Although Steve Tenney and his wife, Aubrey, have met Chris and Sarah St. James at a few outings, they didn’t know each other well.

As word spread among family and friends, including a GoFundMe page, about Sloan’s dire condition and the need to find a donor, Tenney joined the effort.

Unlike St. James family members, Tenney’s blood type matched Sloan’s. That was merely the first baby step in a long process. Adult donors go through the Lahey hospital in Burlington, Mass., and Tenney qualified to fill out an online survey. After assessing Tenney’s answers, Lahey called him back. They were interested.

Tenney and his wife talked it over, since it would mean taking time off from the Keene Police Department, where he is a lieutenant. He had accumulated the time, saying he had never taken a sick day. Furthermore, he had recently moved to days in more of an administrative capacity.

“Fortunately, here, I was in a good position,” he said. “My wife and I talked and it was really a no-brainer — if you can help a 4-month-old and potentially save her life, it’s something you’re going to do.”

Tenney went to Cheshire Medical Center for initial testing, before being called to Burlington for the more intensive screening program. Only one donor candidate is assessed at a time, due to the required breadth of the testing. Because of Sloan’s condition, what’s normally a weeks-long process was fast-tracked into seven days.

Tenney reported to Lahey Sept. 1, where that week he underwent numerous procedures such as a CT scan, MRI and liver biopsy. He estimates doctors took hundreds of vials of blood. They took three-dimensional images of his liver, as part of the transplant surgery involved collaborating with a lab in Germany. Tenney’s vessels and veins had to be compatible with Sloan’s.

“The number of vessels and veins have to match. If I have too many, it’s almost too much to be able to close them off,” Tenney said.

He says he was most nervous the first night of his workup. He was inundated with information, and his head was spinning. “I went home and I was like, ‘What the hell am I doing?’ ” he said.

It got better as the days ticked off, and it became apparent he was a match. Meanwhile, Sloan was deteriorating. Her family prayed that she would remain stable enough to have surgery. “It was terrifying,” St. James said.

On the day of the surgery, Sept. 8, surgical teams assembled in Burlington and Boston. The timing had to be in sync, with Sloan’s new liver arriving as the team took the old one out. Tenney has photos of his healthy liver on his cell phone; St. James said Sloan’s liver was shriveled, black and lifeless.

Both surgeries were successful. Her liver will grow as she grows, and the lost section of Tenney’s liver will regenerate.

Today, almost two months later, Sloan remains on an array of medications to fight off organ rejection and infection. She’s back to drinking breast milk. She does go to Children’s Hospital frequently to have her medications readjusted, but that’s expected. Surgeons warned the family that a few bumps are inevitable, although so far hers are nothing they haven’t seen before. The survival rate after the first year is 95 percent.

“Sloan never stopped smiling,” St. James said. “The doctors say she’ll be able to do anything that a normal little girl would do. But it’s been a huge adjustment for our family.”

As for Tenney, he was in the hospital for five days and then stayed near the hospital in a hotel before returning home the following week. Regaining his strength has been a slow process, and he returned to full-time duty last week. And he has been to the Cape to visit Sloan.

“He reached out right when this all started,” St. James said of Tenney. “That just speaks to his character. It reminds us that there are great people in the world.”

Tenney says he wouldn’t change a thing. “Having been through it, it’s something I would tell people to do if they’re in that position. I have no regrets. For what you give, it’s a very rewarding process in what you get back.”