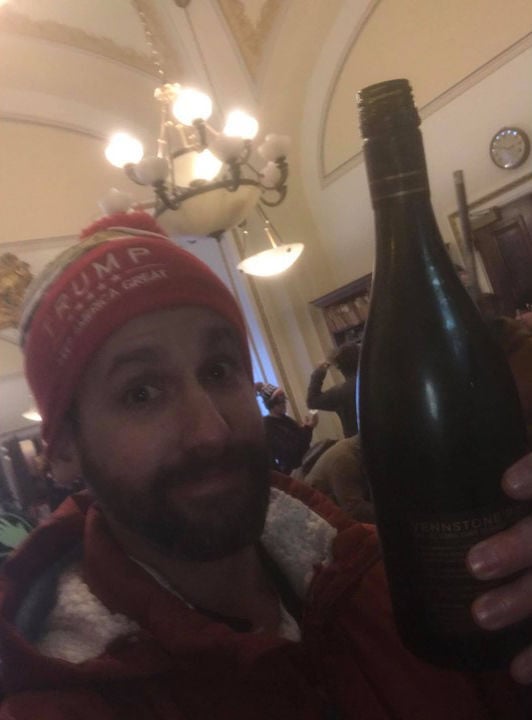 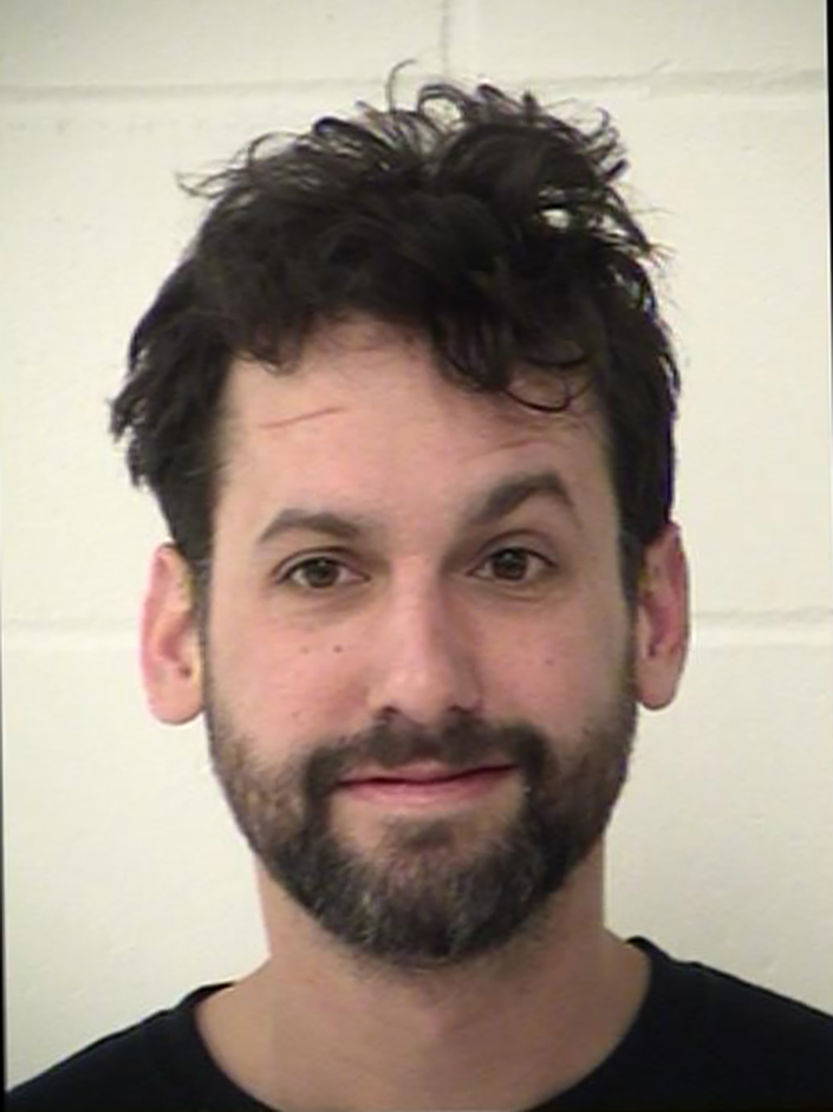 Jason Riddle is shown in a selfie taken at the U.S. Capitol Jan. 6.

A Keene man who entered the U.S. Capitol after rioters breached the building in January pleaded guilty in federal court Thursday to misdemeanor charges stemming from that incident.

Jason Riddle, 33, a former mail carrier and former corrections officer, admitted in U.S. District Court to stealing a book and a toy football from a Senate office during the Jan. 6 riot and also to drinking from a bottle of wine in the Capitol building.

Riddle pleaded guilty at the hearing Thursday, held via conference call, to theft of government property and to parading, demonstrating or picketing at the Capitol. As part of a deal with federal prosecutors, he also agreed to pay $500 for damage done to the Capitol on Jan. 6.

As part of that plea agreement, Riddle will not face additional misdemeanor charges that had been filed against him for knowingly entering or remaining in a restricted building or grounds and for disorderly conduct on Capitol grounds.

Federal authorities arrested him on several misdemeanor charges in February. He was released from the Cheshire County jail in Keene the next day.

Riddle told The Sentinel in a text message Thursday afternoon that he feels his plea deal with prosecutors is “fair.”

“I’m not sure what good taking these cases to trial would do for anyone,” he said.

Of the 650 people charged in connection with the Jan. 6 riot, more than 120 have pleaded guilty, mostly to misdemeanor charges of demonstrating in the Capitol, the Associated Press reported Wednesday. Many in that mob were supporters of former President Donald Trump, who sought to overturn his election loss by disrupting congressional proceedings to certify Joe Biden’s victory.

Riddle told The Sentinel previously that he went to D.C. to participate in the Jan. 6 protest, believing the 2020 election had been stolen from Trump.

Despite being among those who entered the Capitol, and posting photos of the incident on Facebook, he described the violence inside as “chaos.” Riddle said rioters and law enforcement were exchanging blasts of what he described as Mace even before the crowd overtook the building. He also recalled police throwing “tear gas grenades” and said one rioter had loaded Mace into a fire extinguisher and was unleashing it on police.

Riddle denounced the violence to The Sentinel, saying it accomplished nothing, and explained that he’d entered the Capitol simply because he “wanted to see it.” After pouring himself a glass of wine, he said, he left the building between 3 and 4 p.m., once efforts to disperse the rioters began in earnest.

In an affidavit filed in federal court, FBI Special Agent Kevin M. Helson said investigators learned of Riddle’s involvement in the Capitol riot when multiple people alerted them to an interview Riddle gave several days later to NBC10 in Boston.

Riddle told FBI agents during an interview in Keene in January that he’d stolen the book on Senate procedures from the parliamentarian’s office and that he’d walked around the Capitol while drinking from the wine bottle, according to the affidavit.

In court Thursday, Riddle said he later sold the Senate procedure book for $40. He told FBI agents previously that he’d tossed aside the toy football after leaving the Capitol, Helson wrote in his affidavit.

Riddle announced in June that he plans to run as a Republican in New Hampshire’s 2nd congressional district, which includes all of the Monadnock Region, in 2022. That seat is currently held by Rep. Annie Kuster, a Hopkinton Democrat.

Riddle told The Sentinel on Thursday that he still intends to challenge Kuster next year.

He is scheduled to be sentenced on the two misdemeanor charges Feb. 17. He could face up to 1½ years in prison, though prosecutors have recommended a reduced sentence as part of the plea deal.