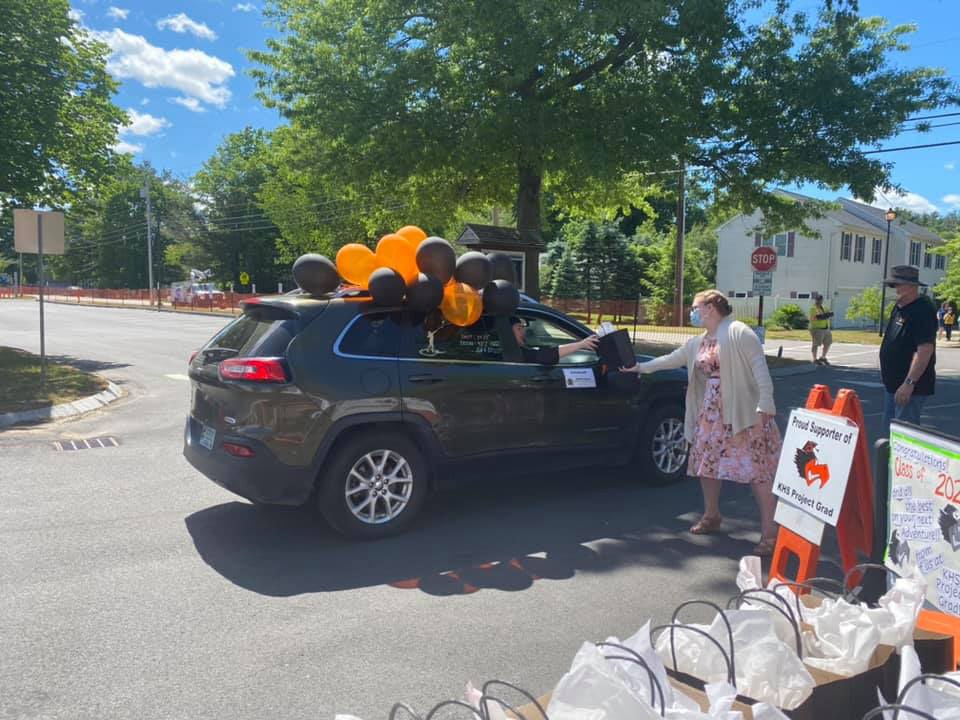 Keene High School’s Project Graduation adapted to the COVID-19 pandemic last year by providing all graduates with a gift bag during the school’s drive-thru graduation ceremony. The nonprofit hopes to hold an outdoor celebration featuring food, live music and games this year, but its leaders say they need more money, and volunteers, to make it happen. 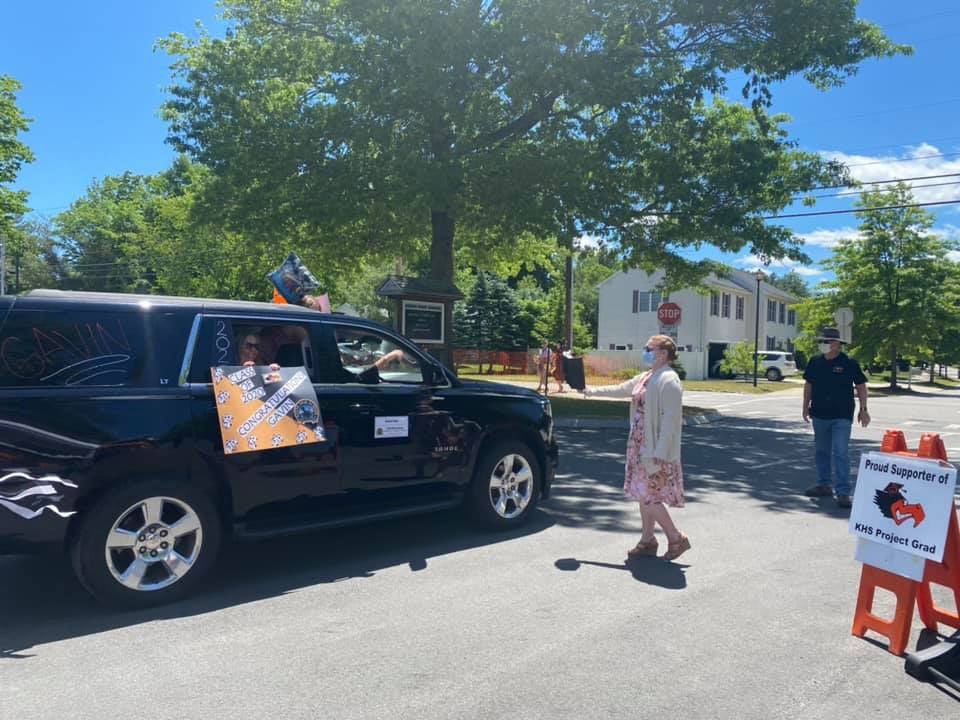 Keene High School’s Project Graduation adapted to the COVID-19 pandemic last year by providing all graduates with a gift bag during the school’s drive-thru graduation ceremony.

Keene High School’s Project Graduation adapted to the COVID-19 pandemic last year by providing all graduates with a gift bag during the school’s drive-thru graduation ceremony. The nonprofit hopes to hold an outdoor celebration featuring food, live music and games this year, but its leaders say they need more money, and volunteers, to make it happen.

Keene High School’s Project Graduation adapted to the COVID-19 pandemic last year by providing all graduates with a gift bag during the school’s drive-thru graduation ceremony.

A longstanding nonprofit that hosts an annual substance-free graduation celebration for Keene High School again faces an uncertain future due to a shortage of funds and volunteers for this year’s event.

From 2014 through 2019, Project Graduation — which started in 1986 with the aim of keeping students safe on graduation night — relied on its main fundraiser, Dancing with the Keene Stars, to provide the money to host the all-night party, which has cost roughly $30,000 in recent years.

“So, in the last six years, we haven’t had to really ask people for money for donations,” Kathleen Joyal, a Keene resident and co-chairwoman of Project Graduation’s board, said. “And for the last two years, we haven’t been able to host Dancing with the Stars because of the pandemic, so we’ve had no way of raising money.”

This year, the group is hoping to raise about $10,000 for an outdoor, scaled-down celebration the day after Keene High’s graduation, which is set for Friday, June 18. Joyal, who has two children who graduated from Keene High and a third in 7th grade at Keene Middle School, said the board is tentatively planning for the event to run from 11 a.m. to 2 p.m. that Saturday outside the school, featuring live music, games and a barbecue.

“And of course this is all dependent on what guidelines are in place for gatherings,” she said. “We’re planning for this, but we don’t even know if we’re going to be able to do it because we have to watch what the governor says for gatherings — how many people can be in a group in an outdoor event. If he caps it off at 100, then we won’t be able to do it at all. So, we’re kind of stuck right now in limbo.”

Last year, due to the coronavirus outbreak, the organization had to forego its traditional overnight celebration, which has included entertainment such as a dodgeball tournament, poker, bingo and a hypnotist show, along with food from local restaurants and prizes that students could claim by exchanging fake money they won playing games. Instead, Project Graduation provided all seniors with a gift bag during Keene High’s drive-thru commencement ceremony, Joyal said.

The group may have to do something similar again this year, she added, depending on the format Keene High chooses for its ceremony.

“We’re going to follow suit with whatever they do at graduation,” Joyal said. But, she added, Project Graduation is committed to doing something to honor the Class of 2021, which has about 315 students from Chesterfield, Harrisville, Keene, Marlborough, Marlow, Nelson, Stoddard, Sullivan, Surry, Westmoreland and Winchester.

“In talking with my board, we thought it was important to at least celebrate the kids and all they’ve achieved,” Joyal said. “They’ve had a rough year, and we’re hoping that this will at least cheer them up in some way.”

In the meantime, in addition to seeking donations through a series of online raffles and a $35 “Sponsor a Senior” program, Project Graduation is looking for at least five more people to join its 17-member board to help ensure the group’s long-term viability. The organization has struggled for the past several years to find enough volunteers, and the COVID-19 pandemic may only have exacerbated the challenge, Joyal said.

“I think it’s because they don’t have time,” she said of potential volunteers, many of whom are the parents of current or former Keene High students, though that is not a requirement. “A lot of them are working and just trying to make ends meet and take care of their families and just trying to figure out how to have time.”

The volunteer shortage goes back even further, Joyal said. She joined the group’s board in 2004 or 2005, after she heard an announcement during a Keene High football game that Project Graduation’s future was in jeopardy unless it added more volunteers.

Board members typically meet for about two hours each month and put in an additional 10 hours in March, when the group is able to host Dancing with the Keene Stars, Joyal said. During the week of graduation, volunteers put in roughly 20 hours.

“We do know that not many people can put in that much time, so we usually sign up for what we can do,” Joyal said.

After a letter to the editor from Joyal and Project Graduation Co-Chairman Dave Ganio ran in The Sentinel last week, three people volunteered to join the board, leaving the group with five open spots, and about 10 people asked for more information on how to donate, Joyal said Monday. But the group still needs more volunteers, and more money, to survive next year and beyond, she added.

“The short term, right now, is that there will be something small for the kids this year,” she said. “The long term is, if we don’t get any volunteers, and we aren’t able to raise any more money, then we won’t be able to fund Project Graduation for next year.”

Anyone interested in joining the Project Graduation board should email Joyal at kjoyal@ne.rr.com. The group meets the second Tuesday of the month at 6:30 p.m. After months of virtual meetings, Joyal said the board returned to socially distanced in-person meetings in February at Next Level Church, 570 Park Ave. in Keene.

For more information on how to donate, or to purchase raffle tickets, go to the group’s Facebook page at www.facebook.com/keeneprojgrad. Joyal said people can also mail donations to KHS Project Graduation, P.O. Box 1551, Keene, NH 03431.