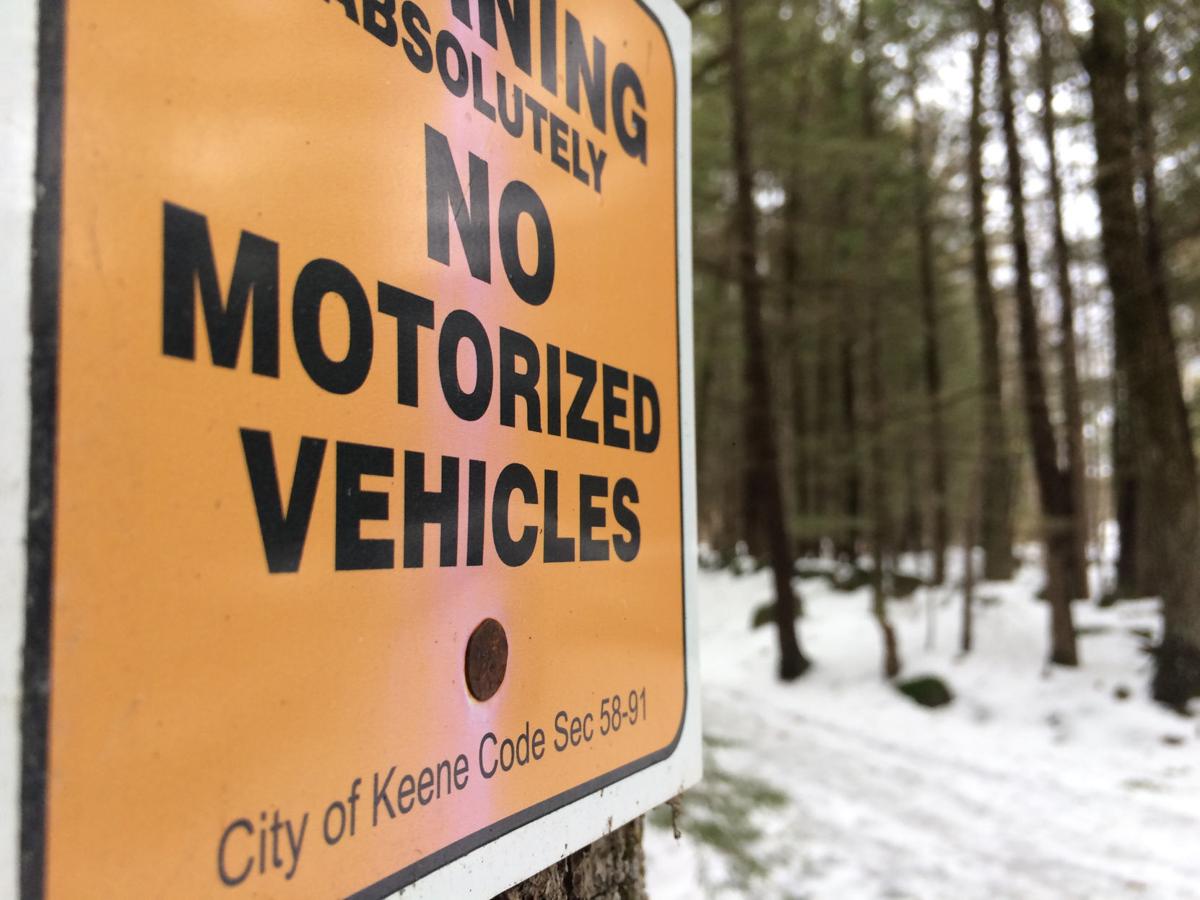 A sign at the start of Old Gilsum Road warns away motor vehicle traffic. 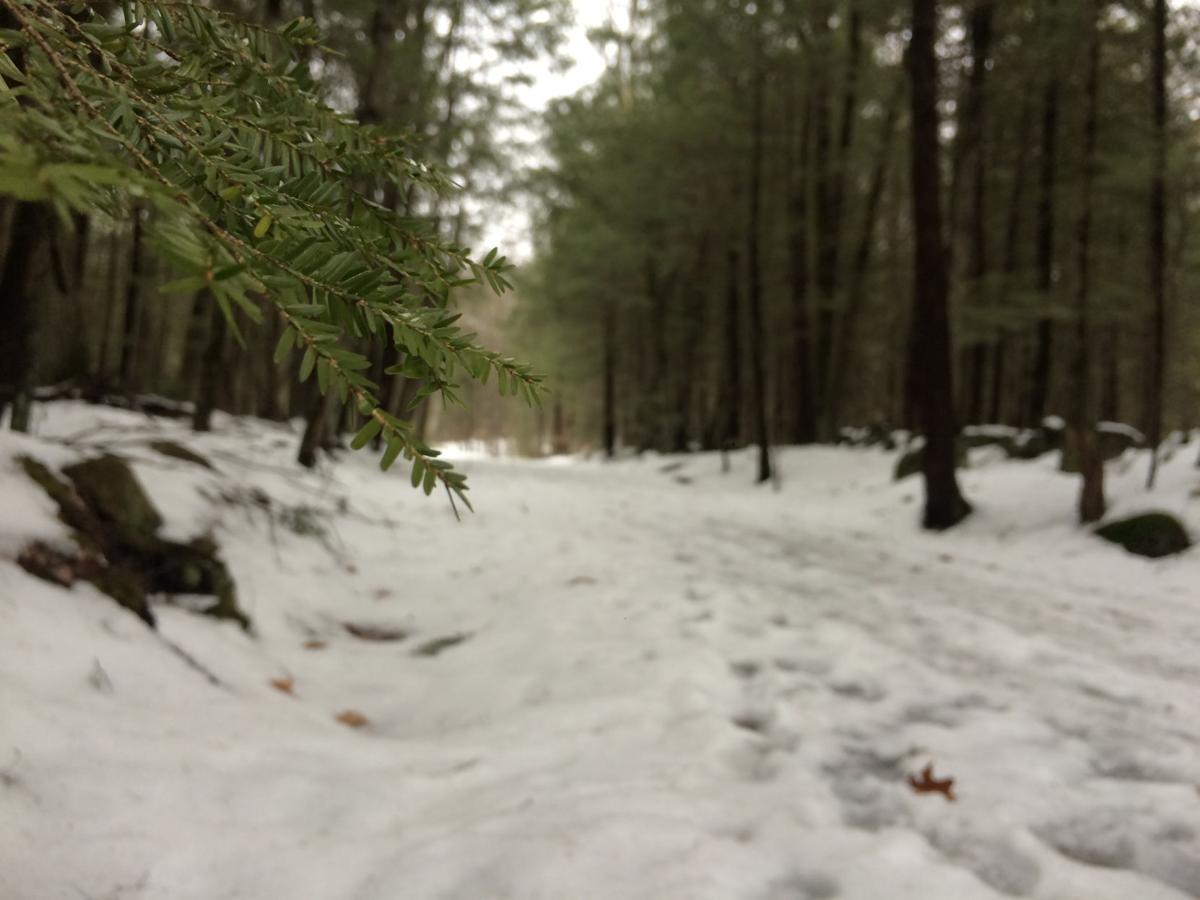 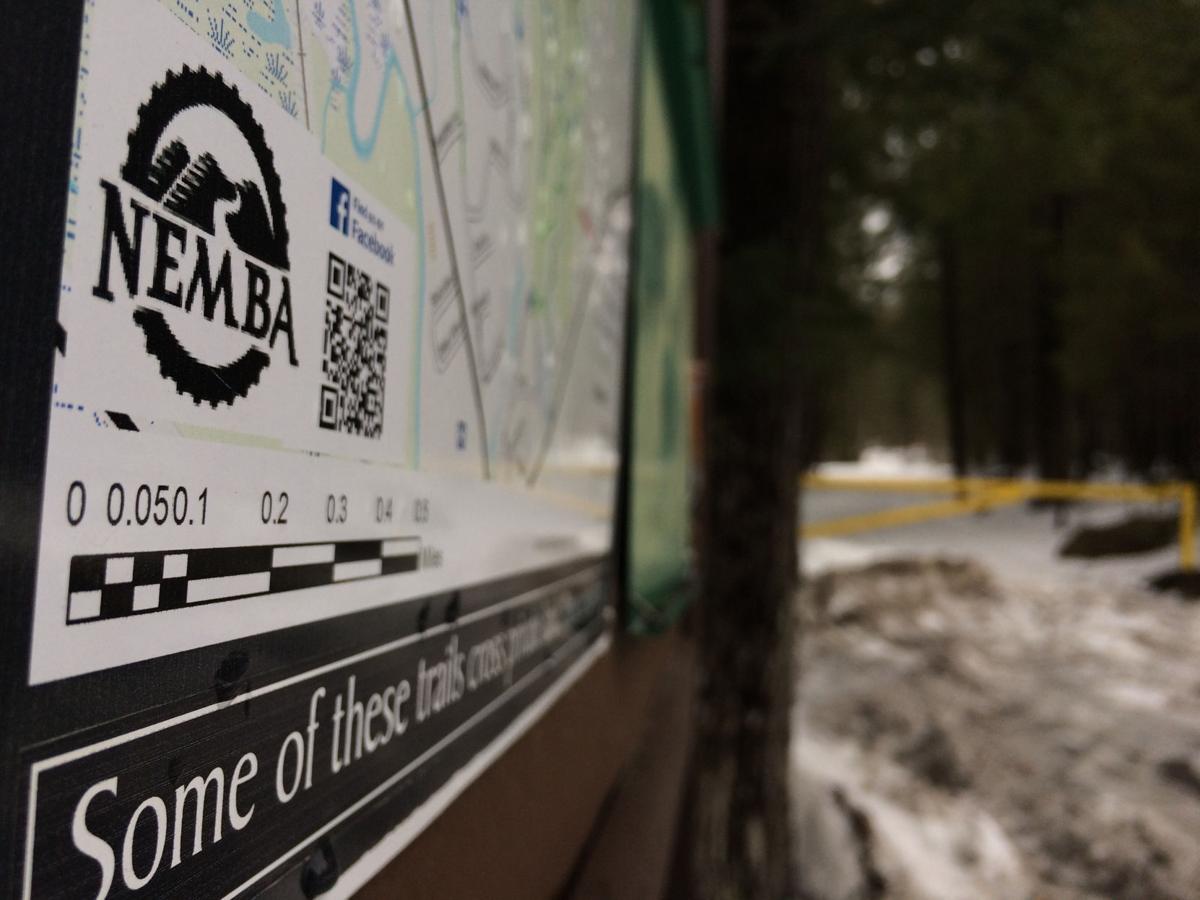 A map at the trailhead of Old Gilsum Road, which branches off from Timberlane Drive in Keene. The gate at the start of the road is in the background.

A sign at the start of Old Gilsum Road warns away motor vehicle traffic.

A map at the trailhead of Old Gilsum Road, which branches off from Timberlane Drive in Keene. The gate at the start of the road is in the background.

Keene city councilors are debating whether to grant a resident permission to drive on a dirt road in the forested Drummer Hill area, amid concerns about how much vehicular traffic should be allowed.

On Wednesday, the resident, Kevin Leary, asked the council’s Municipal Services, Facilities and Infrastructure Committee for permission to drive a motor vehicle on Old Gilsum Road a few times a year. The committee voted 4-1 to table the item to allow for further discussion, after questions arose about whether it was appropriate for motor vehicles to use that road, which is heavily trafficked by hikers and bicyclists.

Leary, a member of the Drummer Hill Homeowners Association who lives on Meetinghouse Road, described himself as an outdoorsman and said that after he joined the association in September, he found a large property within the association that he was interested in leasing private access to. The property is owned by the Fontaine Family Trust, which Leary said agreed to lease him access to the land in exchange for a donation to a children’s foundation, which Leary said he agreed to.

He said the Fontaine Family Trust told him that the property could be accessed by Old Gilsum Road, and Leary said he wanted to be able to take a vehicle and some equipment up there three or four times a year for property-maintenance purposes. However, while property owners are allowed to use vehicles on that road, the general public is not.

“The way the clause is put in, the original owner does have the right to use that as the right of way to the private property,” he said. “But that doesn’t allow for myself, being somebody who’s kind of the lessee of the property, to access it without formal permission.”

Old Gilsum Road runs through the Drummer Hill area, a forested section of northeast Keene with a network of mountain-biking trails. It is adjacent to the Goose Pond area.

The portion of Old Gilsum Road that Leary is requesting access to has been closed to vehicular traffic since the 1950s or ’60s, according to Public Works Director Kürt Blomquist. It is a class VI highway, he explained, meaning that while it’s still a public roadway, it is not maintained by the city.

He said that when the city discontinued its maintenance of the road, it also prohibited vehicular traffic, with the exception of property owners. He said members of the public are free to walk or bike past the gates, but the city’s permission would be required to take a vehicle back there.

“If you were to grant permission, how that would work is [Leary] would contact either the Public Works Department or the Parks and Rec,” Blomquist told the committee. “We would provide a key to him that he could utilize and then return to us when he was done with his accessing.”

He added that there are already special permissions for others. He said the Keene Sno-Riders snowmobiling group can access the upper portion of Old Gilsum Road by vehicle as part of its mission to maintain recreational trails in the area.

However, other members of the homeowners association — which covers an area north of Route 9 and east of the Drummer Hill Conservation Area — said they were opposed to Leary’s request. Board member James Kirby said they’re worried about the safety concerns that would come with increased vehicular traffic.

“We’re concerned over public safety, for one,” he said, “that if there are other landowners up there that would want similar access, that this would set precedent, allowing more traffic on a road that’s extremely heavily used now, thankfully, with bicycles, hiking and so forth.”

Another association member, Tad Dwyer, said Leary has already been using a motor vehicle on the road and that it’s been more frequently than the three or four times a year Leary proposed to the committee.

“It’s been several run-ins already, so this is not working,” Dwyer said, “ ‘cause Kevin was already using the road, just kind of driving in over the curb. He had no idea he shouldn’t do that, I don’t think, but he just kind of drove over the curb and into the woods where folks go, and we’ve already had several issues.”

Leary acknowledged that he had gone down Old Gilsum Road on an ATV. However, he said he had reached out to the city several times to ensure that he wasn’t doing anything wrong and didn’t immediately realize that he needed more than just permission from the property owner before using the road.

He also noted that another entrance near an under-construction city water tower would be his preferred access point, but he said a portion of the road is locked due to the construction work. He added that he’d like to avoid Old Gilsum Road, if possible, because it has become a popular recreational area.

Most committee members called for more discussion before making a recommendation. Councilor Bettina Chadbourne said that she was once on a committee that developed a plan for the management of the Goose Pond area, and those who participated in public sessions opposed motor vehicles on that road.

However, Councilor Mike Giacomo said that while he understands it’s undesirable to have excessive vehicular traffic there, the request seemed fair, and Leary would be allowed to access the road now if the property owners accompany him.

He was the only member of the committee to vote against tabling it.

“I understand nobody wants vehicles on that road,” he said. “I’ve hiked it plenty of times. It’s a great road, and I’d be scared if a vehicle was coming at me. But looking at the legality of this and what we’re actually doing here, I don’t see it as being unreasonable to grant him access, as he could anyways if he was with the owner.”