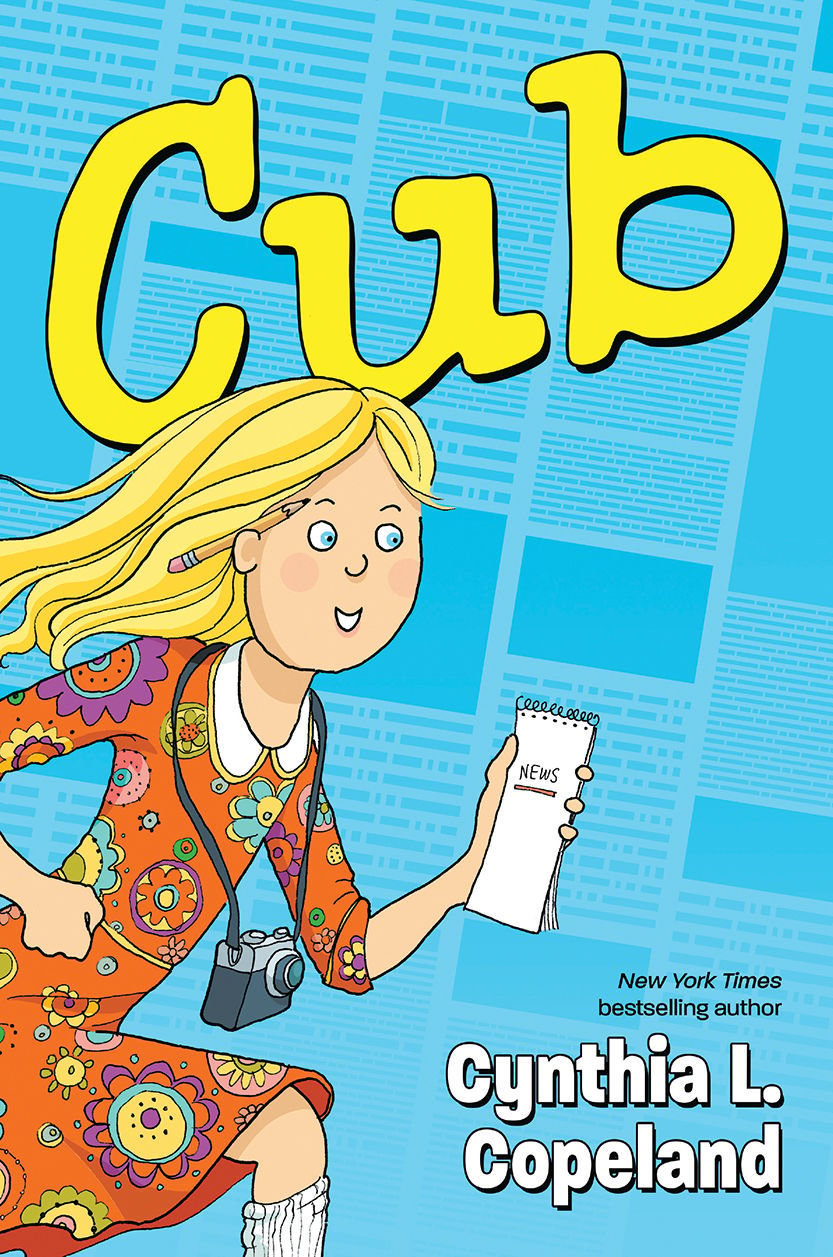 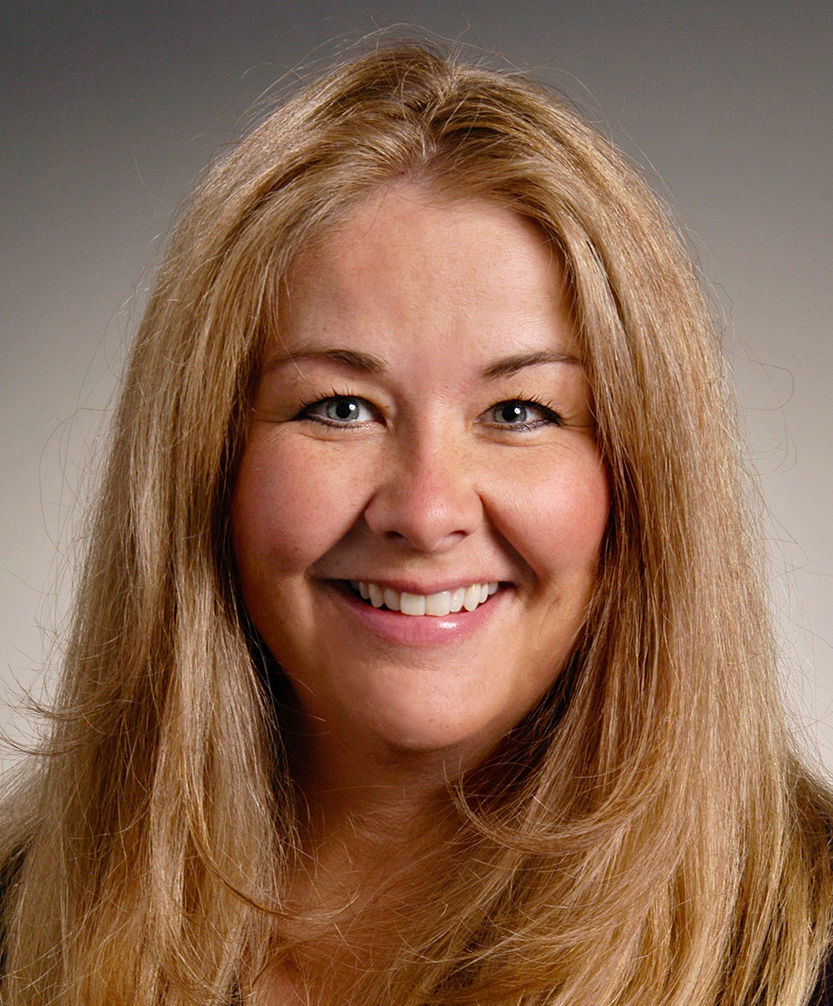 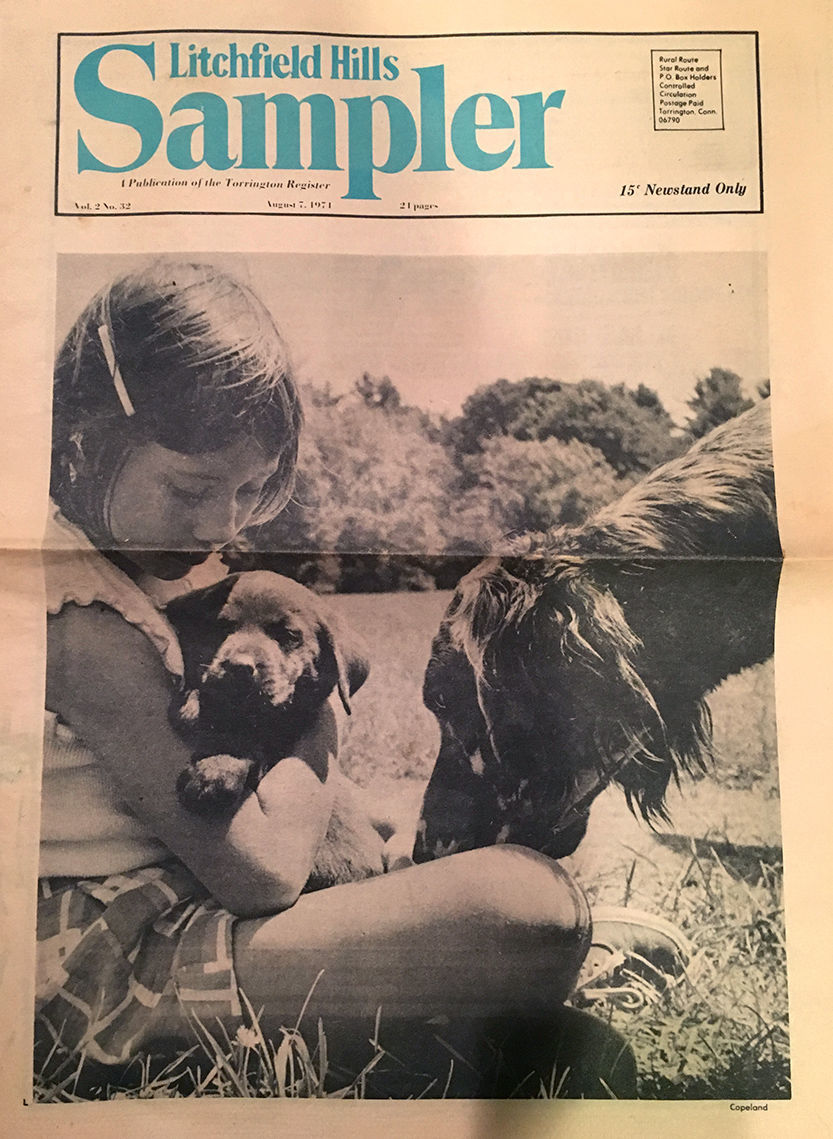 When Cindy Copeland was a 7th-grader in the early 1970s, her main focus was avoiding bullies. Because she lacked the elephant bell pants and excess blue eyeshadow needed to fit in, keeping her head low became routine.

But Copeland’s English teacher in Litchfield, Conn., Mrs. Schulz, saw her potential and encouraged her to become a writer. To help build her confidence, she landed Copeland an internship with a local female journalist.

The memoir, which hit shelves Tuesday, will be presented at Toadstool Bookshops, at 12 Emerald St. in Keene, Saturday at 2 p.m. A ‘70s-themed photo booth, hippie costumes and tie-dyed cookies will be featured at the kid-friendly event, according to the bookstore’s website.

The graphic novel follows Cindy through the quirky, timeless themes of navigating middle school, while she simultaneously learns how to write a lede, respectfully question authority and assert herself in what was a man’s world. And, being only 12, there’s a fair share of mistakes along the way.

On Wednesday, Copeland recalled her first assignment for the Torrington Register — now known as the Register Citizen — with her mentor, the late Leslie Jacobs. Reporter’s notebook and pen in hand, she started taking notes at a school’s finance committee meeting.

“I honestly didn’t understand anything,” Copeland, 59, said. “There is a kind of funny drawing in the book where I’m trying to make notes for myself, when I clearly have no idea what’s happening.”

Though she jokingly admitted a majority of the meetings afterward didn’t get any less confusing, the three-year internship led her to want a career in political journalism.

She graduated from Smith College in Northampton, Mass., as a government major and, shortly after, worked at a few small Boston newspapers. But, when she had her first of three children in her late 20s, she realized she wanted a change of pace.

“I wanted to be able to work from home, so it was an easy move to writing books,” she said. “I really needed the benefit of writing something and setting it aside, but of course with newspapers, you do not have that luxury.”

“Cub” is now Copeland’s 28th publication and second graphic memoir. And while she often draws on personal experience, most of her books aren’t autobiographical.

But Copeland said this part of her life was important to share fully.

“The cub reporter piece was very unique and interesting for kids to read,” she said, “with a 12-year-old trying to learn the craft of reporting in an adult world.”

“I wanted to lift up journalists and journalism, and I thought it was important to tell kids that the free press is part of our democracy, good journalism matters and it takes time,” Copeland added.

Copeland said she hopes the memoir serves as a reminder for kids that the issues they face now will get easier.

“Now, more than ever, when kids are pulled into social issues almost constantly because of social media,” she said, “I think it’s more important than ever to have outside interests that remind you the world is bigger than your 7th-grade hallway.”