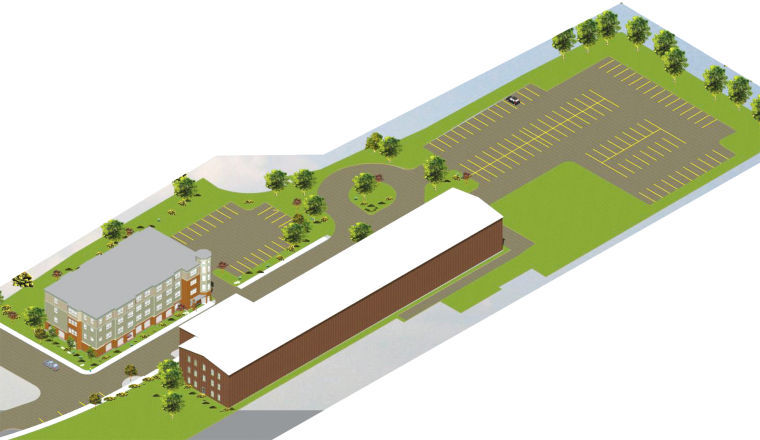 A local social services agency continues to build low-cost housing for senior citizens as the demand in the area keeps rising. Its latest project would bring more of such housing to downtown Keene as early as next year.

Southwestern Community Services, which supports low-income residents and families in the Monadnock Region, is proposing a 26-unit, three-story structure on Railroad Street across from Eastside Senior Housing.

The building, which will be called Westmill Senior, will have one- and two-bedroom apartments, and be open to people age 62 and up who have low to moderate incomes, said Keith F. Thibault, chief development officer for Southwestern Community Services.

“We continue to see a demand for this kind of housing,” Thibault said. “Looking at demographics, by far the fastest-growing group — when you group people by age — is 60 and up.”

By embarking on these projects every few years, Southwestern hopes to keep up with the demand, especially as the last of the Baby Boomer generation enters their 60s over the next five to 15 years, Thibault said.

While costs for the project haven’t been finalized, Southwestern hopes to begin construction as early as spring 2015, he said.

However, that will depend on whether several state and federal funding sources come together in time, he said.

Those sources include a $500,000 Community Development Block Grant being sought by Cheshire County on behalf of Southwestern, federal tax credits, and grant funding from the U.S. Department of Housing and Urban Development through its HOME Investment Partnerships Program, he said.

During the past 20 years, Southwestern has led several projects to develop senior housing in Keene and other Monadnock Region communities, including Alstead, Charlestown, Rindge, Swanzey, Troy and Winchester.

Before the Westmill Senior proposal, Southwestern’s latest senior housing project in Keene was Railroad Square, which opened in July 2009.

The agency’s most recent project involves transforming the former Marlborough School into 24 units of low-cost senior housing. The project is expected to be completed later this year.

While Southwestern doesn’t keep an extensive list of seniors seeking to get into one of the agency’s buildings, the housing fills up quickly with each new project, Thibault said.

“We always have a few people on a waiting list, but the reality is the turnover is so minimal in these places that we don’t want to give people false hope,” he said.

For example, all 24 residences in Railroad Square were occupied by October 2009, three months after the building opened, Thilbault said.

In many cases, people will need a place to live right away, and there aren’t many other housing options for them, he said.

As the completion of a senior housing complex draws near, that waiting list gets a bit longer, and Southwestern sends applications to those seniors who may meet the qualifications for the housing within 125 days of a housing development opening, he said.

“We’ve never had a development that took a year to fill up. The demand is sort of inherent,” he said.

The proposed site for Westmill Senior is already owned by Southwestern, and is currently a parking lot.

The parking area would be kept as part of the proposed project and turned into a garage, as the first floor of the complex would be built above it, Thibault said.

The design is meant to prevent more land in the flood-prone area from being covered, which would keep flooding from getting worse, while at the same time protecting the building’s residential units from damage if there is major flooding, he said.

In addition, the location is close to downtown Keene, near two other senior housing complexes, Eastside and Railroad Square; is on the city bus route; and has the sewer, water and utility infrastructure in place, he said.

It also complements the city of Keene’s efforts to redevelop the area, including a project city officials plan to begin in spring 2015 to realign 93rd and Norway streets, Thibault said. City officials plan to eventually close the nearby Harrison Street bridge to vehicles, and are realigning the intersection of 93rd and Norway streets to create an alternative route. Railroad Street intersects 93rd Street at one corner of the proposed Westmill Senior.

Ideally, the city and Southwestern would like to do the projects at the same time, but they can be done independently should one be delayed, Thibault said.

The application process for funding is competitive, and Southwestern should know by the end of the year if it can move forward with building Westmill Senior in early 2015, he said.