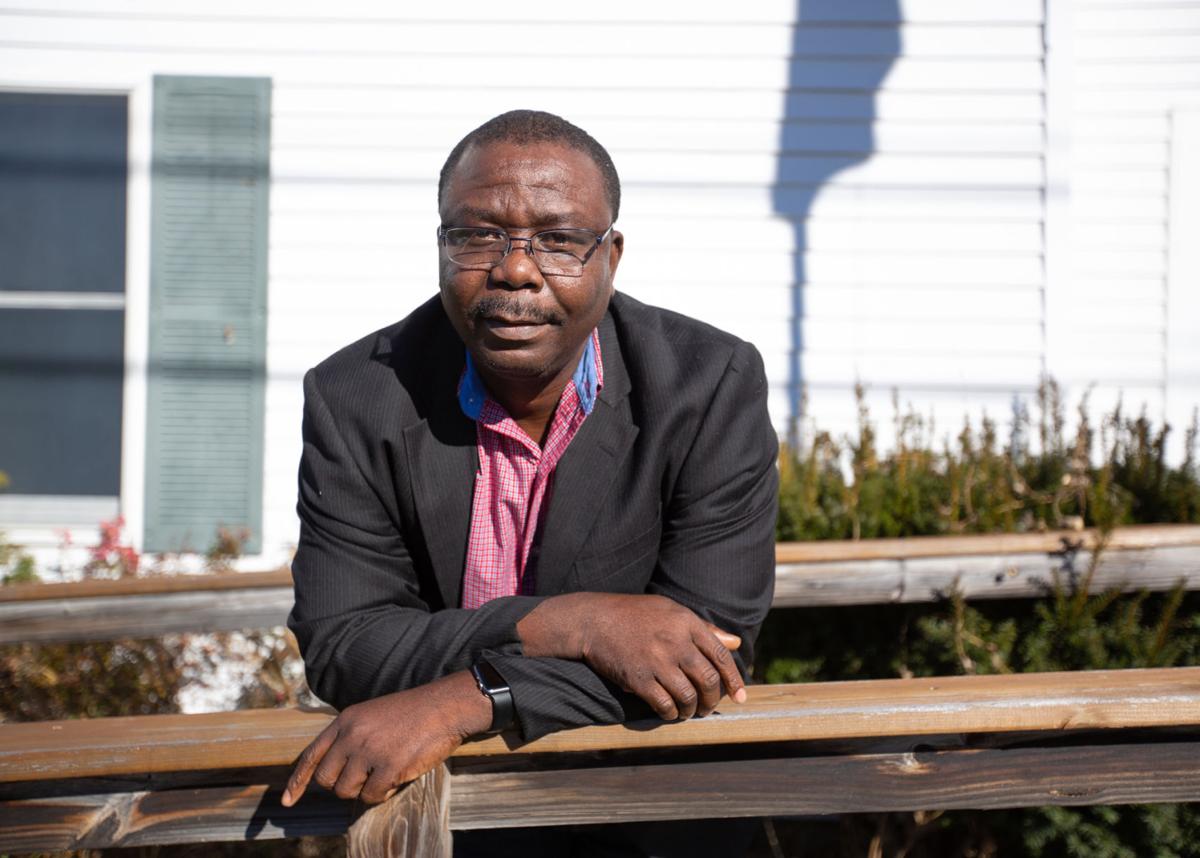 Joe Wiah, director of the Ethiopian Community Development Council’s Multicultural Community Center in Brattleboro, poses for a portrait outside the ECDC and MCC offices Wednesday. 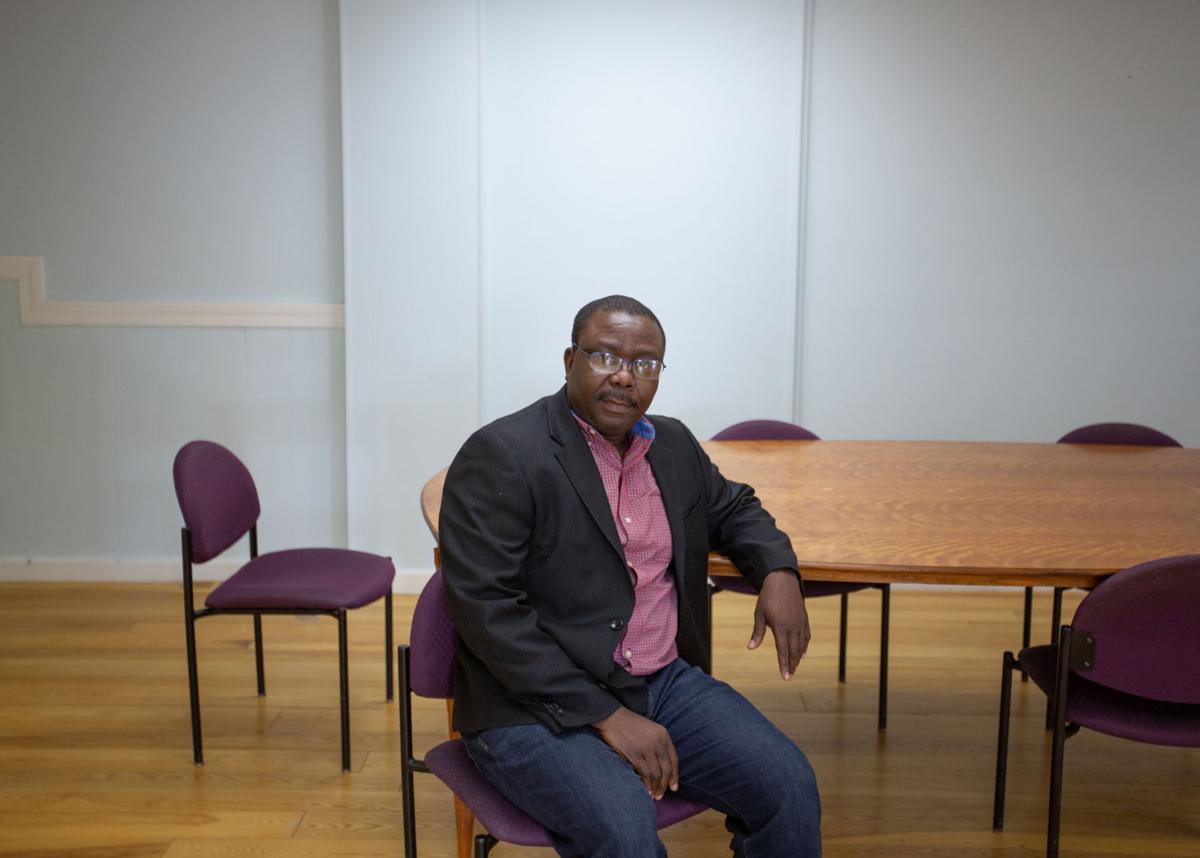 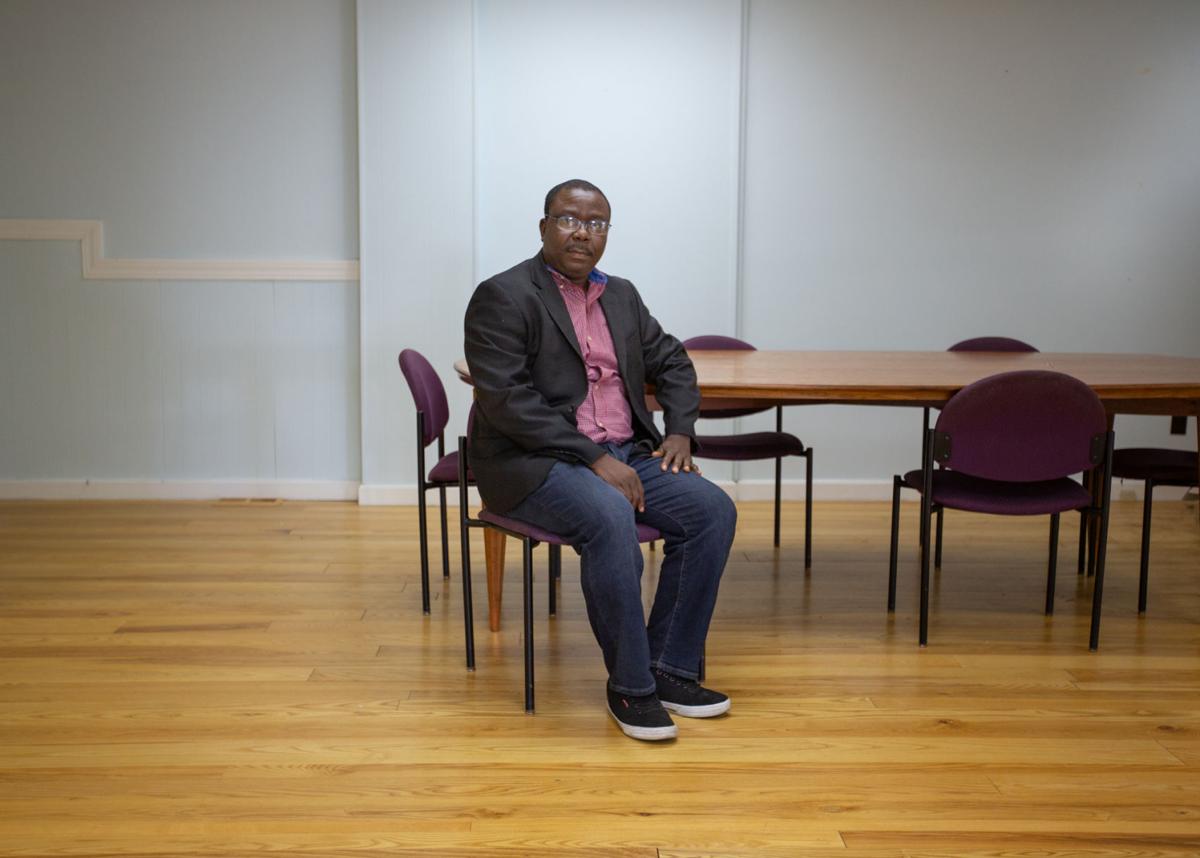 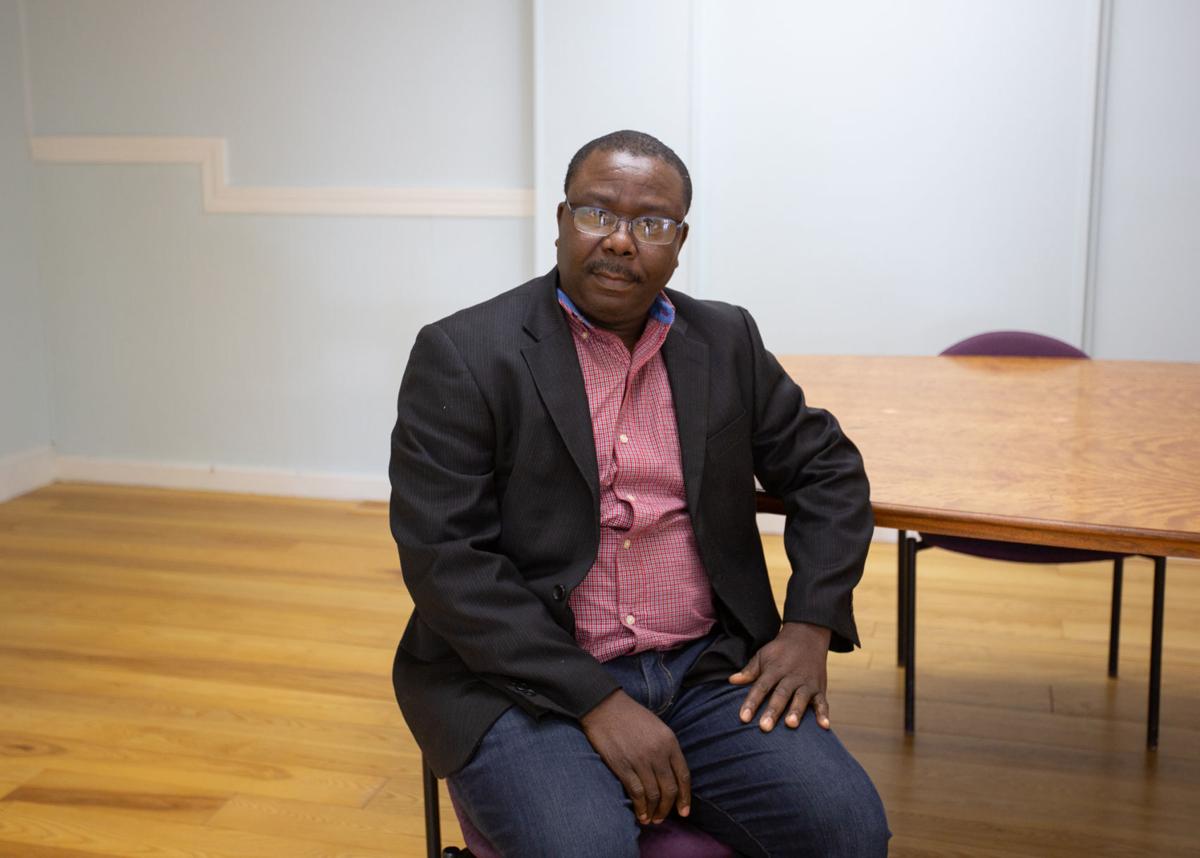 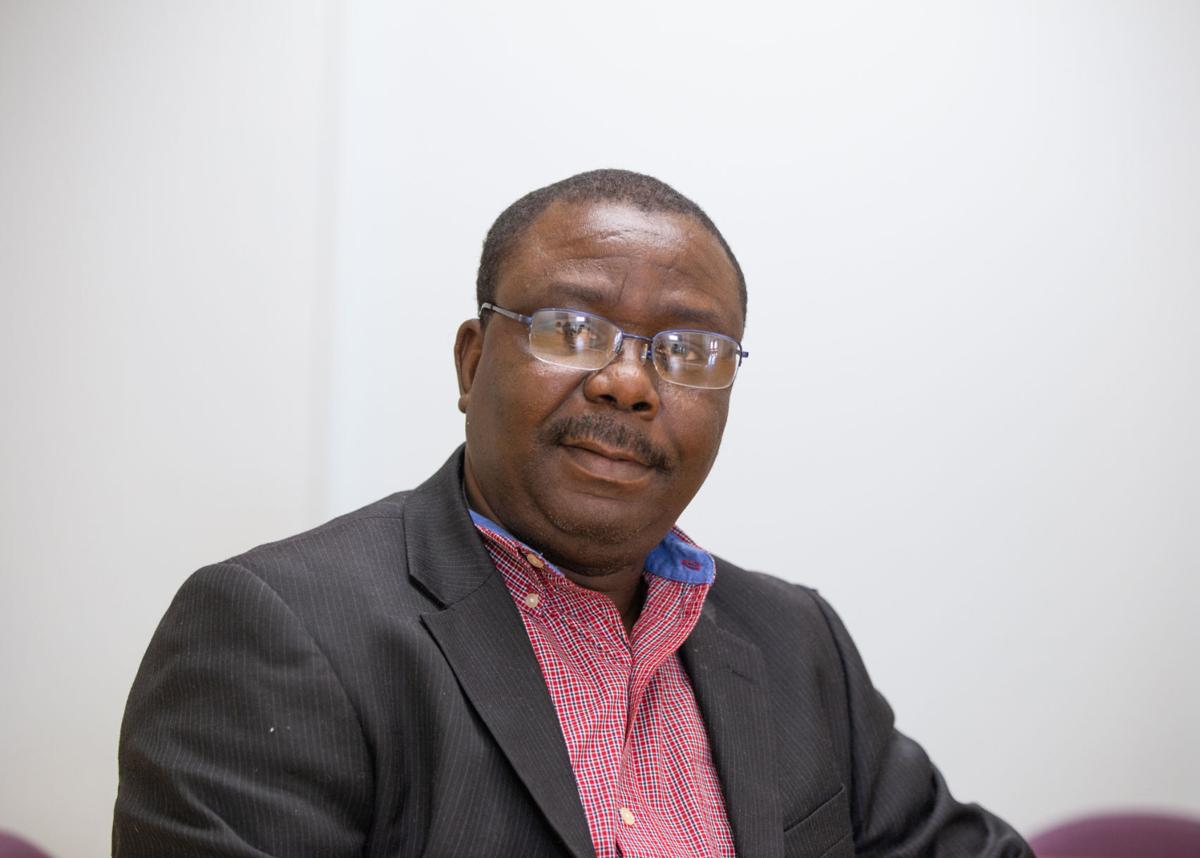 Joe Wiah, director of the Ethiopian Community Development Council’s Multicultural Community Center in Brattleboro, poses for a portrait outside the ECDC and MCC offices Wednesday.

BRATTLEBORO — When Afghans who fled their country amid the chaotic U.S. withdrawal arrive in southeastern Vermont to resettle here, they’ll need housing, language support and other services. Joe Wiah is the man coordinating all that.

Wiah, 48, of Brattleboro, is intimately familiar with the area’s network of social service providers, having worked in that field locally for the better part of a decade.

But he also understands the other side of the experience, he said. An immigrant himself, he came to Vermont in 2012 as a student and decided to stay.

“I’ve gone through the integration process, even though I didn’t come as a refugee, I came as a student,” he said. “But it’s the same process of integration.”

Tens of thousands of Afghans were evacuated amid the humanitarian crisis that accompanied the military withdrawal from Afghanistan in August and brought to the United States. According to a Nov. 17 news release from the Department of Homeland Security, more than 25,000 had been resettled in communities around the country, while another 45,000 remained housed temporarily at military bases, awaiting their final destinations.

In September, Gov. Phil Scott announced that the State Department had authorized the U.S. Committee for Refugees and Immigrants, a nonprofit resettlement agency, to welcome up to 100 Afghans to Vermont.

Meanwhile, another resettlement agency, the Ethiopian Community Development Council (ECDC), won approval to open a new field office in Brattleboro. The agency was planning to ask the State Department for approval to settle another 25 Afghans in town, according to Scott’s announcement.

Wiah, who is originally from Liberia, heads up the ECDC’s local field office, a position he started Sept. 20.

On the day before Thanksgiving, he sat in the agency’s new Multicultural Community Center, a set of offices around a spacious common area in a building off Putney Road.

“People are asking, ‘When will people be here?’” Wiah said. The high interest among locals who want to welcome newcomers to town is understandable, he said. “But we ask the community’s patience in that, because we want people to succeed. And for them to succeed, we ourselves have to be ready. Both our office and the community has to be ready.”

Wiah said families and individuals have already been assigned to Brattleboro, but none have arrived yet. First, he’s organizing the office, hiring staff, identifying service providers and otherwise laying the groundwork to make the transition process as successful as possible.

“We have a tentative timeline, but that tends to change fast,” he said.

Wiah grew up in Liberia, but left before turning 18 amid the country’s civil war. “I understand what it means to be a refugee,” he said.

He was in the process of becoming a Catholic priest. After high school, he went to Nigeria for his first year of seminary, then continued his studies in Tanzania for several years. He returned to Liberia, then studied philosophy at the Catholic University of Eastern Africa in Nairobi, Kenya.

He ultimately decided against being a priest, though he remains a committed Catholic.

“I love the church,” he said. “Most of my upbringing, my lifestyle has been with the Catholic Church.”

At the same time, he found some of the priesthood’s rules difficult.

“The vow of poverty was one of the challenges, because even though I’m not a rich person … it was very hard to focus on helping your family, because you are called to serve and serve everyone else,” he said. “But while you are serving everyone else, you see your family struggling. And that was a very hard decision for me, reconciling that with my own traditional beliefs that as you grow up, it’s your responsibility to help your parents.”

But he kept serving the church and community in a different capacity, becoming deputy director of a Catholic charity in Liberia, Don Bosco Homes. There, he said, he managed three different programs with a staff of about 75.

He sometimes traveled to the United States as part of his work. On one visit, he recalled, he gave a presentation at George Mason University in Virginia, which sent students to Liberia for internships. The topic was the reintegration of former child soldiers. One attendee, a professor at the School for International Training in Brattleboro, suggested Wiah consider SIT’s conflict management program.

Wiah came to Brattleboro in 2012 to pursue a master’s degree in intercultural service, leadership and management from the SIT Graduate Institute — and “fell in love with Vermont,” he said. He decided to stay.

“It’s so unique in its ways,” he said. “It’s a quiet state, very loving people, a welcoming community as well.”

Though it’s not without its challenges or difficult individuals, he said he sees Brattleboro on the whole as safe and supportive — a good place to find one’s footing as an immigrant, and raise a family.

Wiah’s own children — Joe Jr., 16, and Kim, 12 — are in the process of trying to join him in the U.S.“It’s so ironic,” he noted. “Someone said to me, ‘How is that possible?’ I’m leading a program in Vermont integrating refugees, and my children are stuck in the immigration process.”

After graduating SIT, Wiah did a research fellowship with the International Centre for Missing & Exploited Children, a Virginia-based nonprofit, he said. Returning to Vermont, he went to work for SIT as a global leadership seminar coordinator, working with students and bringing speakers to campus.

After that, he joined the social-service agency Pathways Vermont, working with incarcerated people about to return to their communities.

“My role was, before they were released, working with them and the communities to figure out what kind of housing was available for them,” he said.

He then moved to the social services provider Southeastern Vermont Community Action, working on housing and preventing people from falling into homelessness. That helped connect him not only with housing providers, but a range of other services in the region, he said. “SEVCA was one of the organizations that really opened my eyes to the different service provisions in our area.”

Those experiences readied him to lead ECDC’s efforts to resettle refugees in Brattleboro. What interested him about the job, he said, was the opportunity to use his knowledge of both the challenges immigrants can face and the local resources they can turn to — “connecting new arrivals to communities, as well as connecting communities to new arrivals.”

“Joe is an excellent person for this role because he is well-versed in the social service system of Vermont as well as international circumstances and environments which create the need for refugee resettlement,” Tsehaye Teferra, ECDC’s president, said in a September news release announcing Wiah’s appointment. “His personal compassion and commitment to helping those in need combined with his budgeting, strategic planning, and grant management skills ... will ensure that our Brattleboro program is successful.”

‘A place to start’

Wiah recognizes that some newcomers will find aspects of moving to Brattleboro challenging.

For one, it’s a predominantly white state with relatively few immigrants, so they may feel socially isolated. There’s also the New England weather. And for natives of Kabul or other urban areas, the rural setting will be an adjustment.

And, wherever they settle, many may feel like they have to start from the bottom — regardless of how accomplished they were back home.

“Sometimes, as an immigrant, you come with very high skills, but those skills are not recognized” because they are not acquired in the U.S., Wiah said. “So employers do not trust those skills from the beginning.”

That puts people in the position of starting over, he said. “And it’s very frustrating for a newcomer, because you know that you have the skills, you have the ability to do the work, but you are not recognized. You start from the very beginning, and you’re doing jobs that you ordinarily would not do if you were in your country of origin.”

He went through something similar himself. He came to the U.S. with a track record as a nonprofit executive, but had to work his way up again.

“It took me how many years? Nine years, to get here,” he said. “I had to start from all over, before my skills have been recognized, and that is one challenge that immigrants are faced with.” It requires “being smart and focused” as you make progress toward your goal.

He also sees some advantages to settling in Brattleboro. In bigger cities, there’s a lot more competition between immigrants for jobs, he said. And the small-town feel can be a boon.

“It’s a place to start,” he said. “Because it’s a small community, so you know almost everyone, and people are generally willing to help. At least you would know someone you can talk to.”

Though there may not be a huge immigrant community in Brattleboro, he said, people can learn a lot living here as they try to start fresh.

Besides, Wiah said his own experience tells him it’s important to focus on building a new life here, rather than simply trying to re-create a version of one’s country of origin.

At a glance: Joe Wiah